If the truth of a rumor is measured by its unwillingness to die, the launch of a grand touring coupe based on the Porsche Panamera, a potential modern 928, is all but guaranteed. We've been hearing the talk ever since the original Panamera made its debut, with yet another restatement recently appearing.

A report out of Germany, via Autocar, claims the Panamera platform interpreted in coupe form will underpin the new car. Such a setup already features in the latest Bentley Continental GT and would enable Porsche to also offer a convertible option, as is the case with the Bentley.

The car would be designed to offer enhanced practicality and space over the 911, whose rear seats can only accommodate small children. A larger Porsche coupe could also mean that future 911 variants could become smaller and more nimble, something that is sure to please the car's hardcore following. 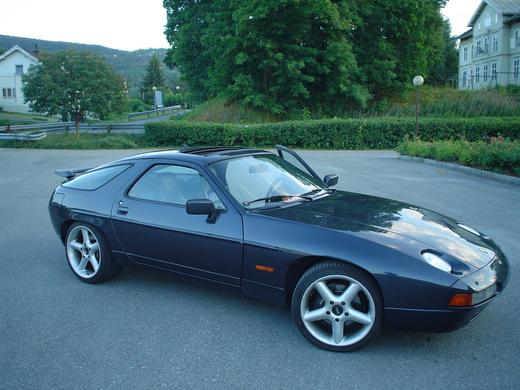 Potential rivals for a modern 928 would include high-end versions of BMW's 8-Series as well as a redesigned Mercedes-Benz SL that is expected to be much sportier than the current car. The Ferrari GTC4 Lusso and aforementioned Conti GT would also be alternatives.

As mentioned above, the news isn't all that new, but the idea of a modern 928 is always enticing, regardless of how likely or unlikely it may be for actual production. That likelihood is still fairly low, by the way, especially considering no timing was mentioned in the report.

But stepping back from the hype and hypotheses, an expansion of the Panamera range does make sense, in a way. The 4-door liftback sedan currently sits beside the Cayenne as one of Porsche's most practical models, and there is likely some element of Porsche's audience that would like a car positioned somewhere between the 911 and the Panamera. On the other hand, if the 928 formula had worked the first time around, it might still be with us.