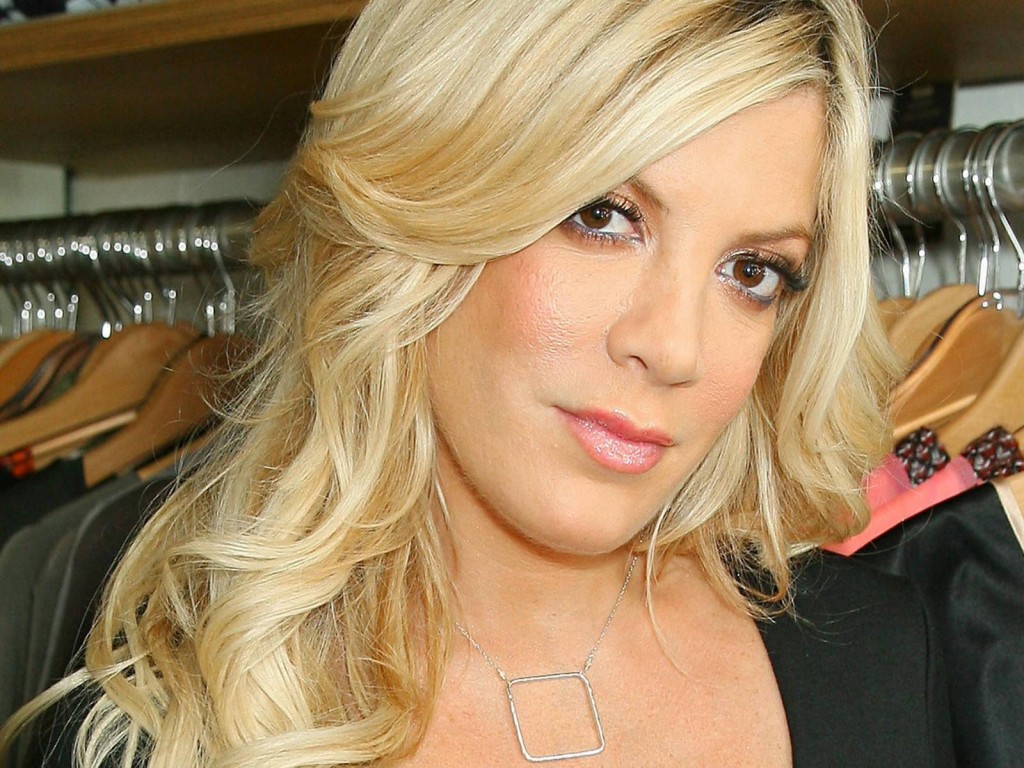 It was a Monday morning like any other for Tori Spelling. She woke up, got the kids out of bed, then ran a gauntlet of paparazzi while driving them to school. Only this Monday, the shutterbugs forced Spelling to crash -- and Formula One CEO Bernie Ecclestone may be (indirectly) to blame.

According to a tweet issued by Spelling (which is what passes for a press release these days), it was a very big deal: "Paparazzi chased me w/the kids 2school. I was trying to get away from him and had a pretty big accident. Took down whole wall of school". Apparently, the photog still wasn't satisfied and continued taking pics of Spelling until "10 school moms chased him away".

Why Monday? And why Spelling, who's an actress, reality TV star, and apparently nice woman, but not the hottest ticket in Hollywood just now?

By sheer coincidence, Monday is the day that news broke about Spelling's mom, Candy, selling the family estate. That would be fair-to-middling news in most cases, except for one fact: the old Spelling place has been on the market for two years, and it's the priciest property in LA.

But it's not just Tori's accident that makes this car news, it's also the buyer of the property: Petra Ecclestone, daughter of F1 Supremo Bernie Ecclestone, who put in a $75 million bid for the mansion (most of that dad's dough, we assume). So if we were the sort of people to pass blame around, we could indirectly blame Bernie Ecclestone for Tori's smash-up.

Thankfully, we're not wired like that. If Tori's account of the incident is correct, the paparazzo was entirely at fault. Unfortunately, all we've got to go on at this point is her Twitter feed, because the LA Police Department has no record of the incident -- no collision, no ticket, nothing. Still, we suppose a tweet is better than nothing, so for now, we're pointing the finger at the over-enthusiastic journo.

P.S. For those concerned about Tori's health, she went to the doctor, and all's well.