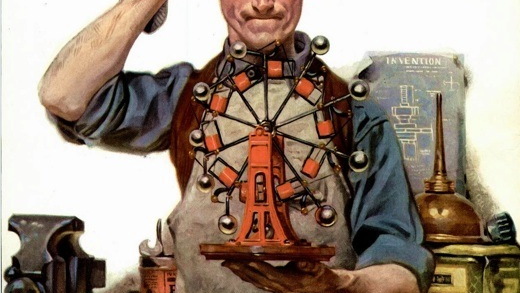 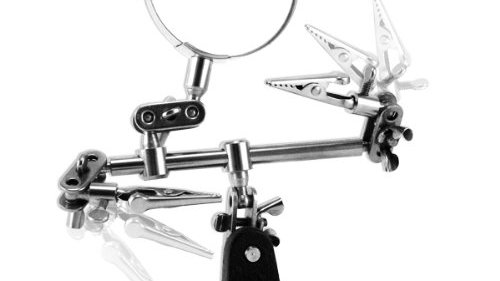 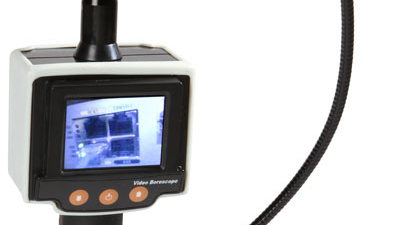 People complain about Mother's Day, about how hard it is to shop for mom, about how commercialized it's become, about the price of long-stemmed roses. But Mother's Day is a walk in the park compared to Father's Day.

You see, Father's Day has always been an afterthought. It was conceived after Mother's Day as a way of saying, basically, "Don't worry, dad -- we haven't forgotten about you!" Only problem is, most dads we know don't enjoy being fussed over, and Father's Day is all about making a fuss. So, what on earth are you supposed to give a man who doesn't want anything in the first place?

It's a terrible problem, but we have some suggestions -- five, to be exact. And maybe one to grow on.

Our list is sensible and to-the-point, like many fathers we could name. We haven't bothered to include the obvious stuff like iPads, GPS devices and whatnot -- surely you know about those. We haven't gone completely off-the-wall either with suggestions of, say, breathalyzers, for which we're sure your father has no need. (Well, we hope.) No, these are fun, slightly unexpected things for the man who has nearly everything -- and if you order soon, you can get nearly all of 'em in time for the Big Day.

Helping Hands [$8.50 at Amazon.com]
Nearly every dad we know loves to tinker. Maybe yours is a ham radio fanatic. Maybe he rebuilds carburetors or makes jewelry or embroiders to pass the time. Or maybe he's constantly being drafted to fix things that the kids have smashed into pieces. Whatever the case, Helping Hands makes life a little easier, giving your father an extra thumb or two to hold things in place -- and a magnifying glass to boot. Plus, it looks really cool, and it's really inexpensive. How're you gonna argue with that?

Handheld Video Inspection Cam [$99.99 at ThinkGeek.com]
If dad is a fix-it-yourselfer, sooner or later, he's going to need one of these. The extendable camera comes with dual LED lights, meaning that he can see exactly what lurks in the dark corners of the ductwork or take a peek under the hood without dismantling the engine. Added bonus: it's got a TV video output, so dad can capture all the fun on his computer. Even YouTube dads can put it to use.

Bottled Lightning by Seth Fletcher [$12.99 - $14.94 from BarnesAndNoble.com]
This is a great read whether dad's a bookworm, a car nut, or just curious about the future. Fletcher's book focuses on lithium, the element found in many of the batteries powering today's personal gadgets and electric vehicles. But as lithium ascends to the world stage, so are the countries where it's found -- countries like, say, Bolivia. Fasten your seatbelts: it's going to be a bumpy ride. Even better, the book just came out last month, so we're pretty sure dad hasn't gotten to it yet.

"The Time Machine" [$19.78 at ImageKind.com]
If your dad has a thing for fine art photography, retro car ads, or the hit movie Back to the Future, this gift is sure to be a winner. Artist Justin Van Genderen has created a stunning portrait of Dr. Emmett Brown's juiced-up DeLorean -- one that's very suitable for framing. As a backup plan, Van Genderen has given the same treatment to K.I.T.T. and Mad Max's tricked-out Pursuit Special from Road Warrior. So, you know, you've got choices.

Rain-X 161040 Water-Resistant Roof Top Cargo Bag [$45.60 from Amazon.com]
Summer's here, which means that vacation season is upon us. For the truly practical pop, the Rain-X Cargo Bag is bound to make road trips a more pleasant experience, ensuring that there's plenty of room for the kids and pets in the back seat without anyone crossing anyone else's invisible line. The peace and quiet engendered by the Cargo Bag might even be enough to make dad forget about the high price of gas. (Or not.)

And one to grow on: Rage Gage [$17.99 - $19.99 at RageGage.com]
You know how, every Christmas, there's one "hot" toy? Well, RageGage is this year's equivalent for dads. RageGage is a gel-filled button, kind of like a tap-light, but meant to take abuse from people with anger management issues. If dad's got a quick temper, smacking the RageGage will (a) make him feel better and (b) keep him from damaging mom's good china. Best of all, it's small, it's inexpensive, it's battery-powered, and it goes anywhere -- even the car (pay attention: road ragers). Here's a handy video overview: