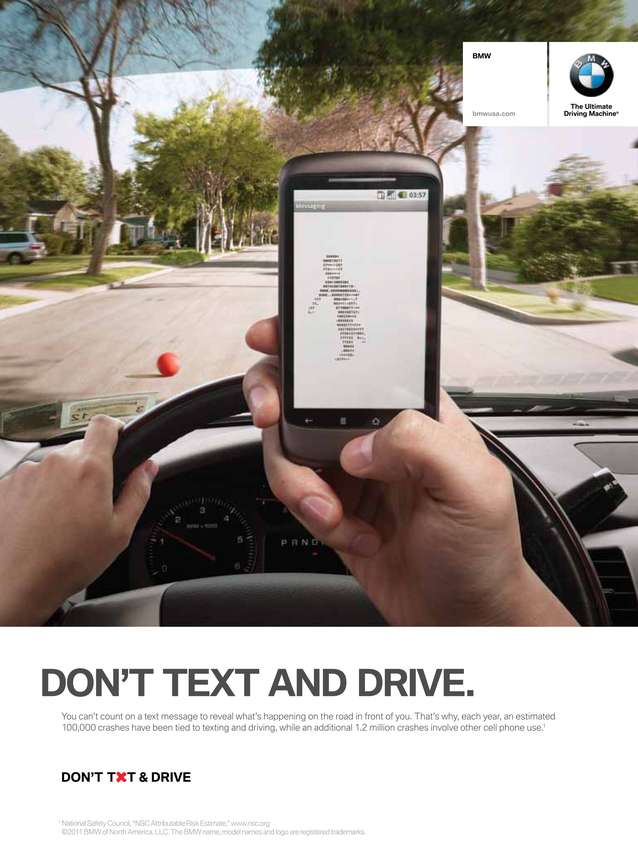 You can call U.S. Secretary of Transportation Ray LaHood many things, but "slouch" isn't on the list. At a time when computing and social media are expanding to fill every corner of our daily lives, LaHood is pushing back, urging automakers to limit the technology included in new cars. Not only that, but he's also asking auto companies to give up valuable ad dollars to help his campaign against texting and driving.

For years, LaHood has been on an aggressive push to curb distracted driving -- and rightly so: 5,500 people were killed by distracted drivers on U.S. roadways in 2009 alone. So far, LaHood has focused most of his efforts on texting and driving, but as smartphones become more commonplace, he's taking on a wider range of technology, including apps.

The one area that hasn't drawn LaHood's ire has been hands-free calls on mobile phones, though he's said on numerous occasions that it's best for drivers to turn their phones completely off when behind the wheel. As we've mentioned before, however, some studies indicate that hands-free calling is just as dangerous as using a handheld device.

LaHood is looking at  those studies (and a range of others) to compile new safety guidelines for automakers, which should be completed by the beginning of 2012. According to a report in the Wall Street Journal, these guidelines would govern "the design and operation of in-vehicle communications technology".

But LaHood isn't just insisting that automakers scale back their tech offerings. He also wants automakers to devote a portion of their marketing budget to ads that highlight the dangers of distracted driving. So far, only Subaru and BMW have agreed, though more may eventually buy in -- if only to stay on LaHood's good side.

No question about it: LaHood is fighting an uphill battle. As far as computing and social media is concerned, the genie is out of the bottle, and trying to reverse course -- and go against consumer demand -- will be tricky.

Adding to LaHood's problems: we're not convinced that he fully understands the technology he's fighting. Case in point: his recent statement that "There's absolutely no reason for any person to download their Facebook into the car." Spoken like someone who probably doesn't use Facebook, and we all know what happens to warriors who don't understand their enemies.

That's not to say that LaHood's ideas are stupid, or that there's no chance of winning the war on distracted driving. But we hope that LaHood will take the smart approach and focus on the way in which technology is implemented in new cars rather than banning it outright. Limiting interaction with smartphones and encouraging new technology (like driving-assist sensors and heads-up displays) will be more attractive to consumers and could prove more beneficial for safety.

P.S. If you'd like to see BMW's "Don't Text and Drive" ad that launched earlier this week in response to LaHood's request, have a look: