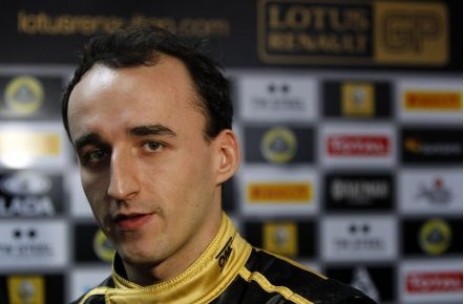 Robert Kubica, a rising star in F1 and an eager participant in rally, saw his career put in jeopardy early this year with a freak accident that saw a guard rail skewer his car and his entire right side along with it. He's recovering well considering the severity of his injuries, and is home for a short period before returning to Italy to continue rehabilitation.

Kubica has been in the Santa Corona hospital for about 10 weeks, since his crash in the Ronde di Andora rally. His return to his home in Monaco will be short-lived, however, as he plans to start the next phase of his recovery in Italy soon.

Doctors say they won't have a clear idea of whether Kubica will be able to return to racing of any kind--much less the upper echelon of Formula 1--until mid-Summer at the earliest. Kubica has previously said movement in his injured right hand and arm is limited. It's not yet clear how much of the damage is permanent, and how much is due to wasting of the muscles and nerves not yet regrown.