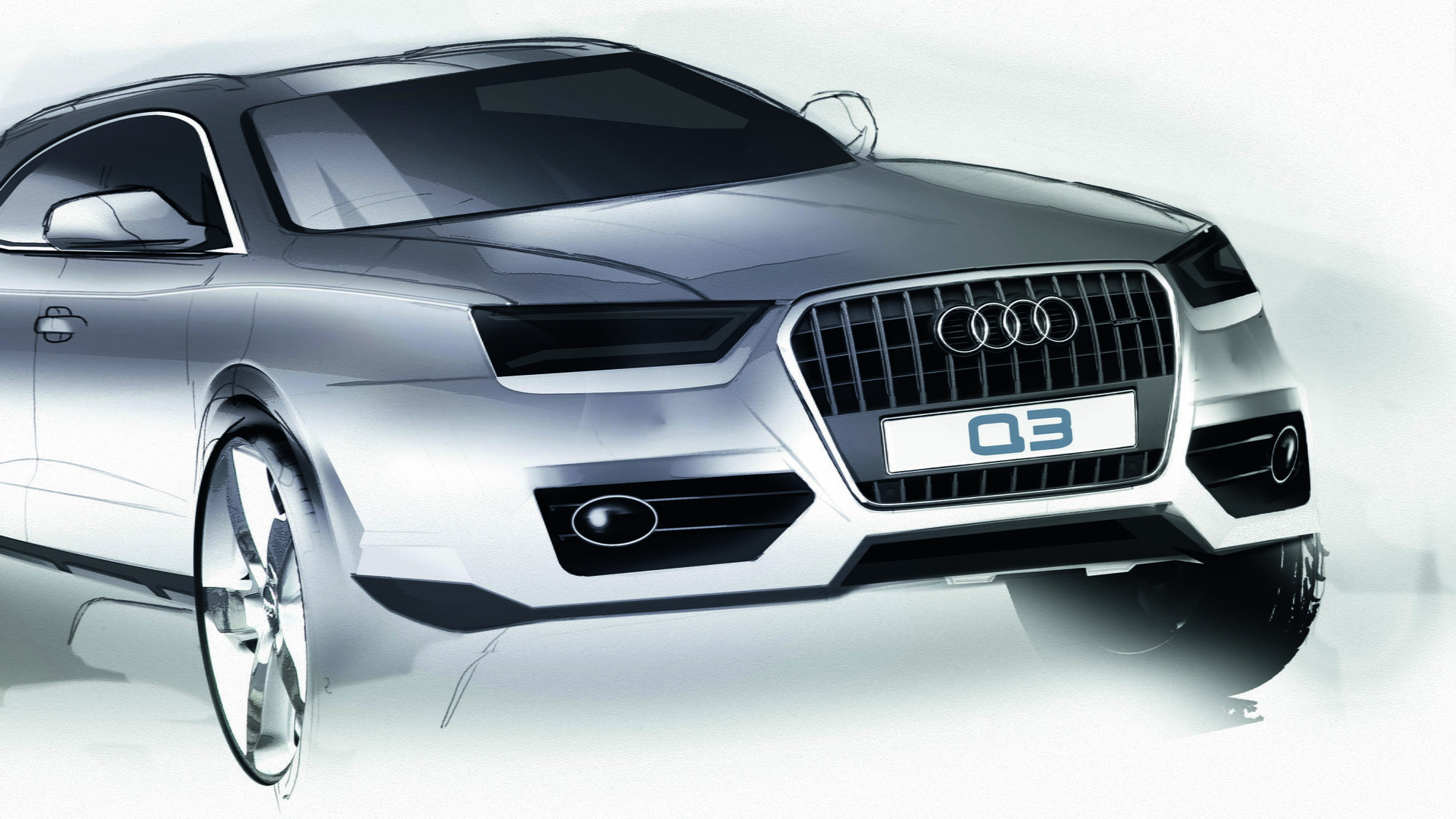 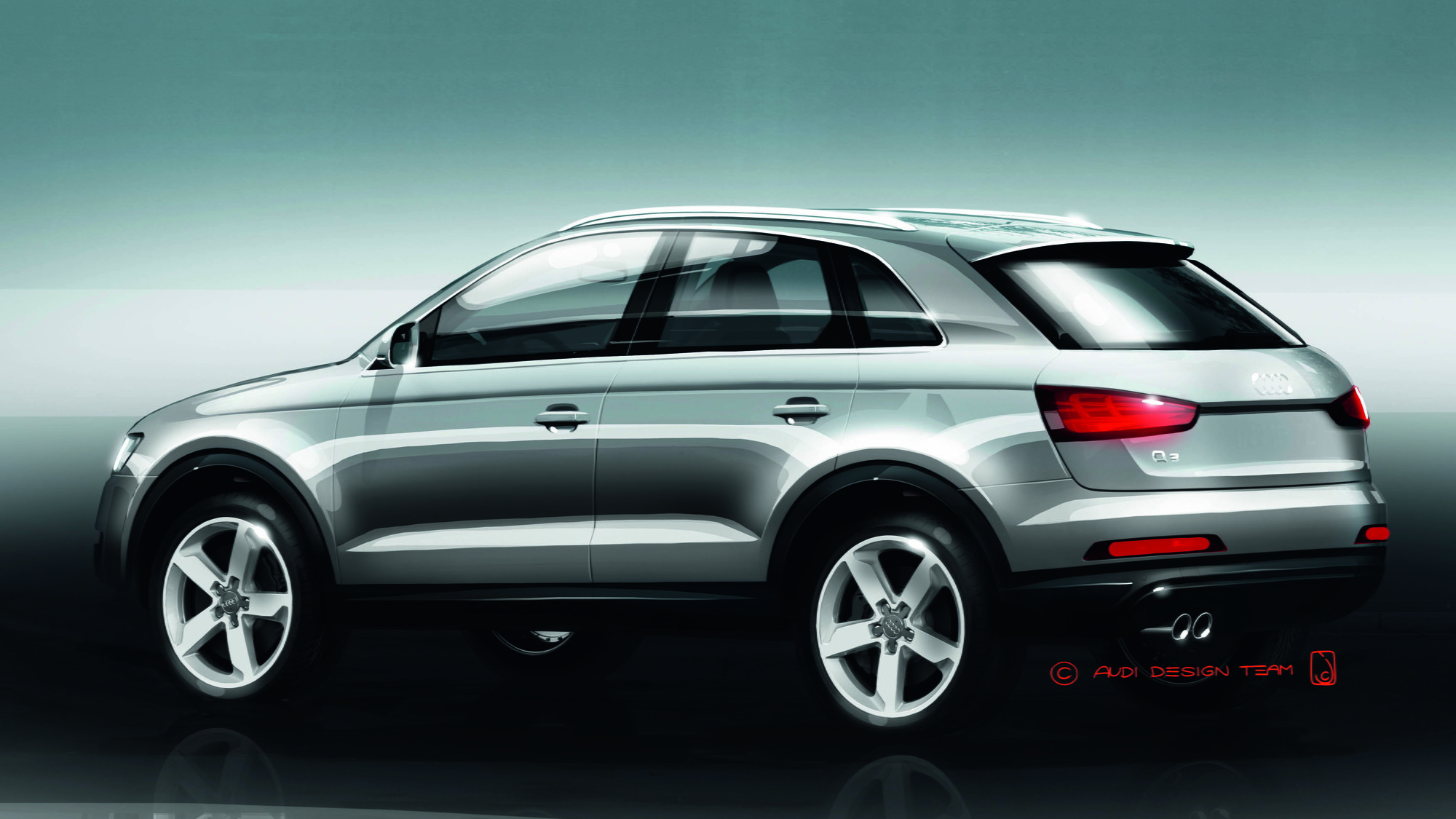 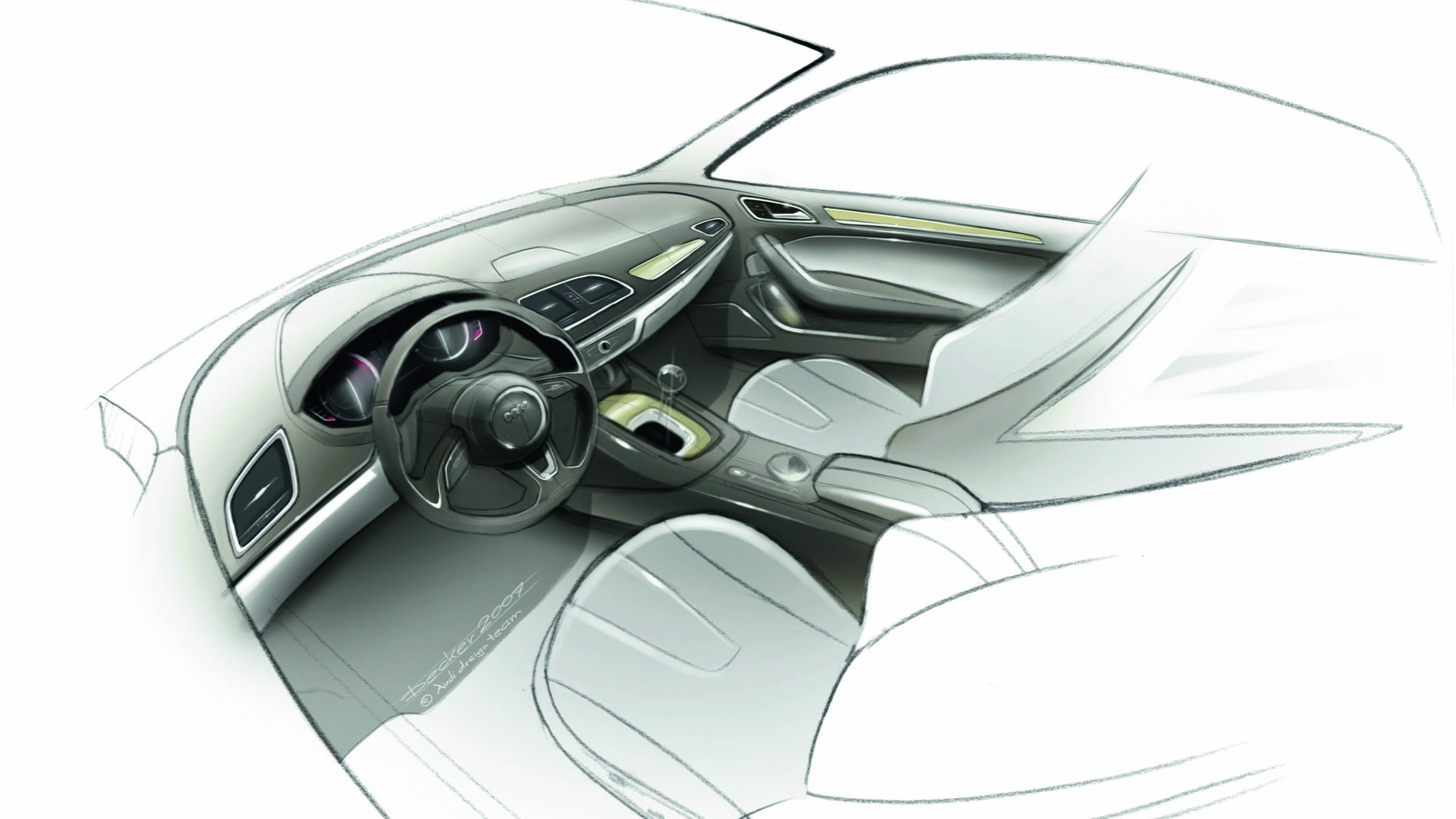 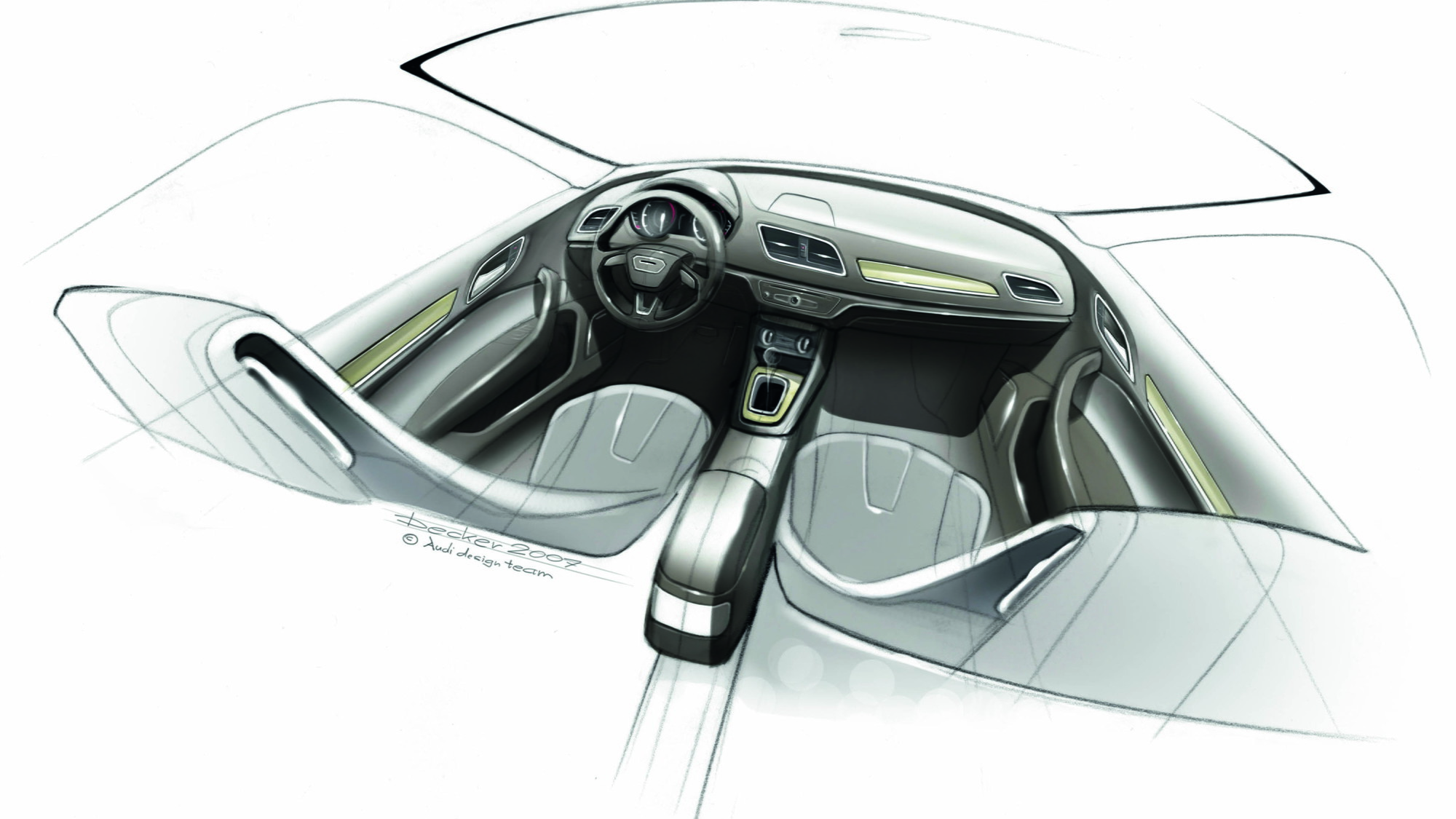 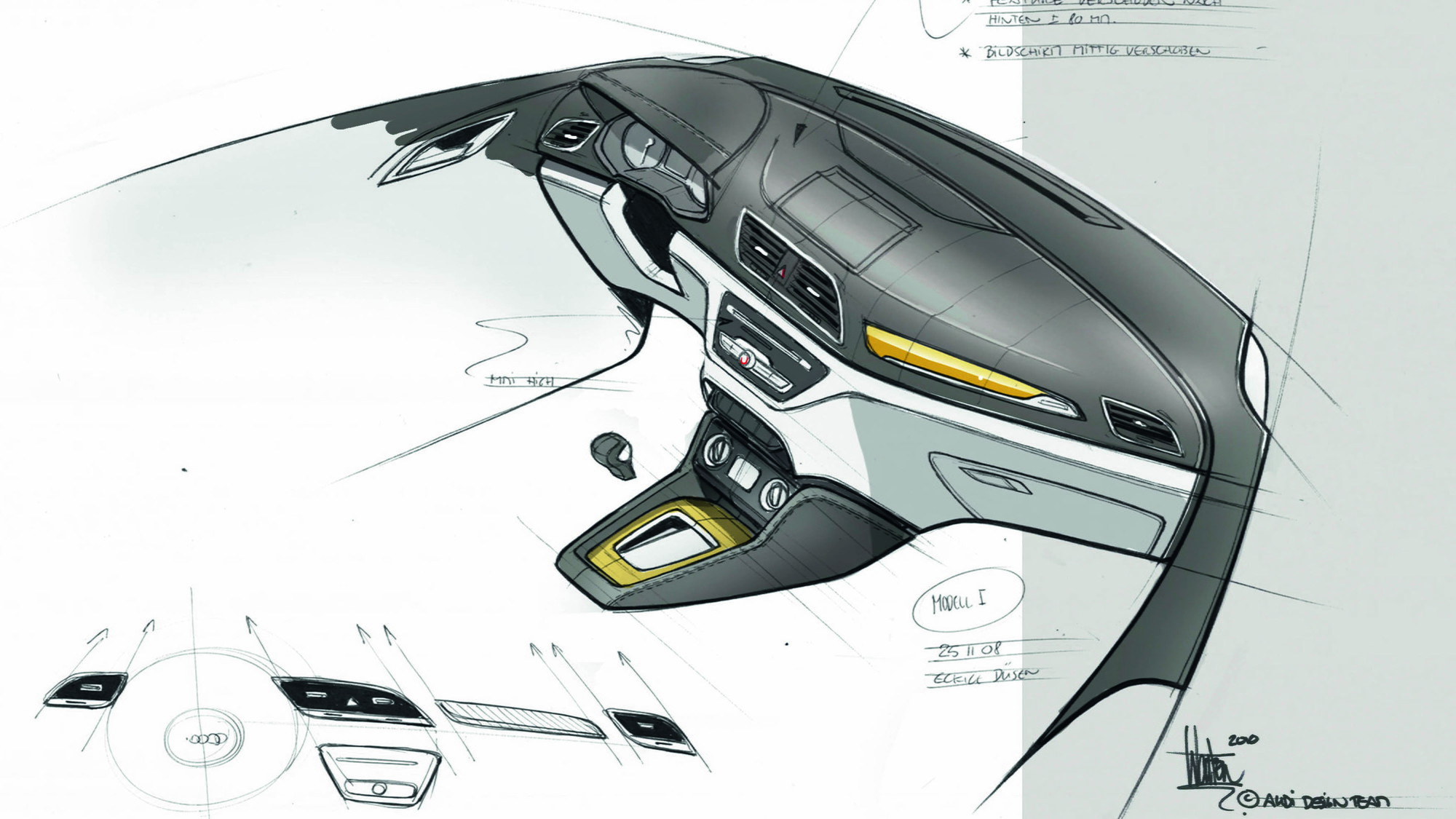 The Seat-built 2012 Audi Q3 will make its official debut at the 2011 Shanghai Auto Show, according to the company. The new smaller crossover will do battle with the likes of the BMW X1 and Range Rover Evoque. These official sketches are our first look at what to expect.

Power for the new Q3 is expected to include a 200-horsepower 2.0-liter four-cylinder turbo TFSI engine, a 3.0-liter diesel for Europe, and a 333-horsepower 3.0-liter supercharged V-6 in a performance trim. We'll almost certainly see the 2.0 TFSI here in the U.S. The other two are less likely, at least at first.

With some coupe-like aspects in its design, the Evoque may be the most similar of the group. Five-door access and Audi A3 underpinnings should make for a useful, if somewhat smallish, interior space.

We'll have the full details on the new luxury crossover as soon as they're available, so be on the lookout in a couple of weeks.