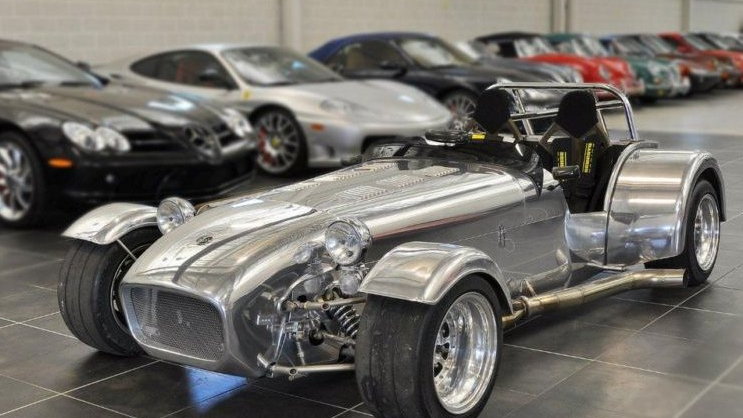 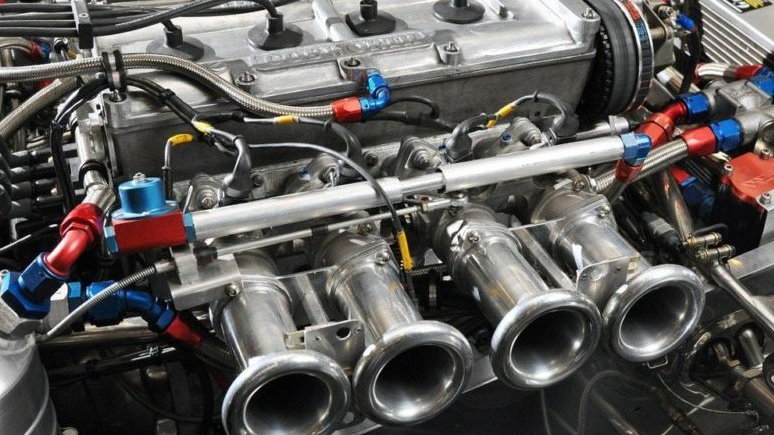 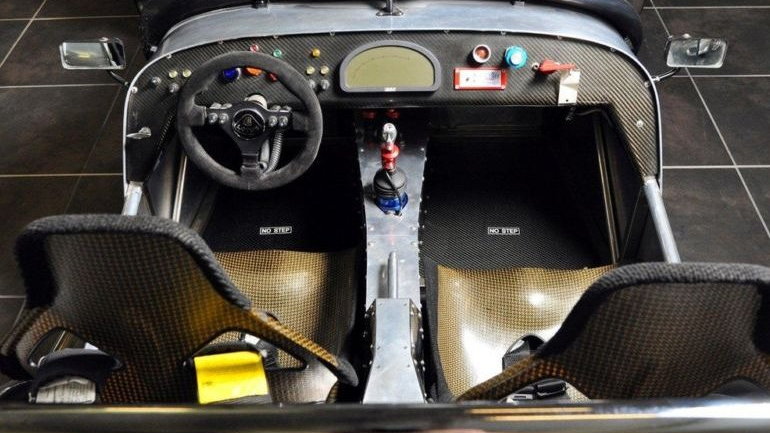 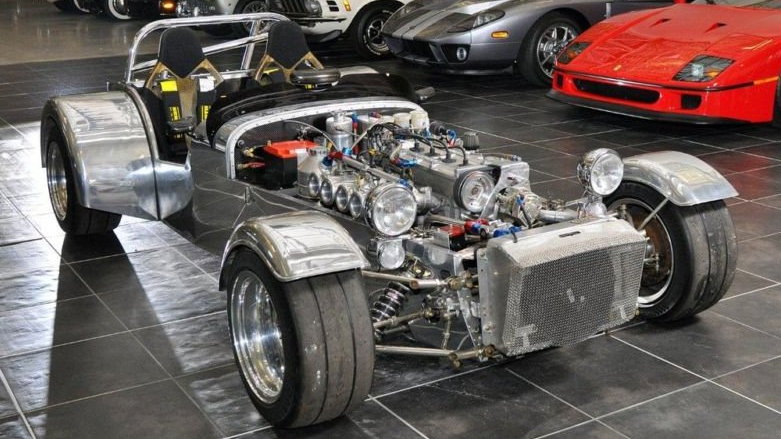 The Lotus 7 is perhaps one of the most copied sports cars in existence--derivatives in kit form have been available from many manufacturers for decades, including the Caterham version this car is based on. But this one is special.

Powered not by some modern econobox engine, but by a contemporary of the original Lotus 7, the 2.0-liter Cosworth BDP four-cylinder cranking out 290 horsepower. It gets that power from its tiny displacement with 12.5:1 compression, programmable Motec M4 injection, and likely a whole lot of wizardry not mentioned in the auction listing. Power to weight ratio: 3.79 pounds per horsepower.

That's enough to make the 1,150-pound car stronger, pound-for-pound, than the Bugatti Veyron. Of course it does it with strict minimalism, rather than opulent luxury, but at $69,990, it's a bargain in comparison.

The rest of the car has seen no expense spared, either, with nickel plating on the chassis, a Quaife six-speed sequential gearbox, three-zone fire suppression system, carbon fiber and polished alumnium body panels and much, much more.

If you've got the roll to spend for it, this dual-purpose road/track weapon is sure to satisfy any craving for the serious go-fast.