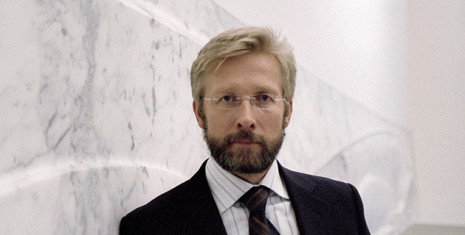 One of the most recognized automotive designers in the world Chris Bangle no longer in fact works in the auto industry. That’s because Bangle decided back in 2009 to stop designing cars, leaving his post at BMW in order to open up his own design studio as well as go back to teaching the art.

Now it appears Bangle has signed up with Samsung to design a new range of consumer electronic goods including laptops and mobile phones. He has reportedly been hired to oversee the design of several projects at Samsung, though he won’t be an exclusive designer for the South Korean firm but rather a consultant.

Samsung has been reported previously to be looking to improve the design of its consumer electronic goods, mostly to make them look more luxurious. The firm is also believed to be establishing a new design studio in Europe for Bangle, complete with 10 researchers positioned under him.

Note that Samsung also builds a range of cars based on platforms and technologies sourced from more established automakers. However, there’s no word if any of Bangle’s influences will be seen on its future models.

Bangle, of course, is the controversial designer behind recent BMW design traits such as ‘flame surfacing’ and the notorious ‘Bangle Butt’ boot lid, and his creative works have divided numerous BMW enthusiasts over the years who have either loved or hated them.

Some of the more famous cars penned by Bangle include the Fiat Coupe, E65 BMW 7-Series and first-generation E53 BMW X5.

The story doesn’t end there as it’s believed that Hyundai, one of the biggest culprits of borrowing Bangle’s design elements, was also looking to sign on the controversial designer.