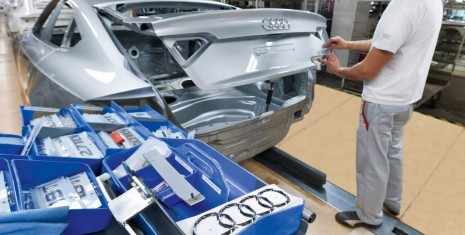 The same year also saw Audi break its annual vehicle sales record in the U.S., and unrelenting progress in China ensured that 2010 was easily the best year for sales in the automaker’s history.

The successful performance was particularly due to a multitude of new product launches in the past 12 months including the flagship A8, stylish A7 Sportback and even the entry-level A1. It’s interesting to note that two of these models, the A7 and A1, aren’t even sold in the U.S. so we should see Audi’s local sales performance rise even further if these newcomers are offered here.

With such a successful year behind it, and new models like the A6 and Q3 crossover on the horizon, Audi is now lifting its targets higher, with 1.2 million vehicle sales forecast for 2011.