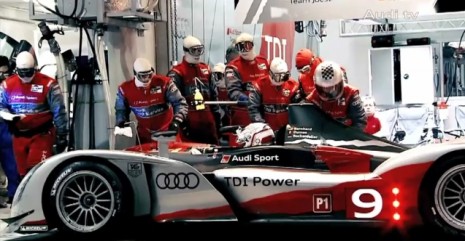 There are few activities more epic in paved-track motorsports than a 24-hour endurance race, for driver, car, and team. Perhaps that's why, seven months after the fact, Audi is still partying over its win at the 2010 24 Hours of Le Mans.

With the Peugeots leading solidly for the vast majority of the race and early trouble for the Audi R15s, the 1-2-3 sweep was a surprise for all. This video recaptures the drama from Audi's perspective in a compact 7:47 run time.

Though there are still five months remaining until the 2011 running, we don't have to wait that long to get our first endurance fix. The 2011 24 Hours of Daytona is coming in just a week, and ALMS competition kicks off with the winter test at Sebring February 9-10, with the first ALMS race, the 12 Hours of Sebring, to follow March 16-19.