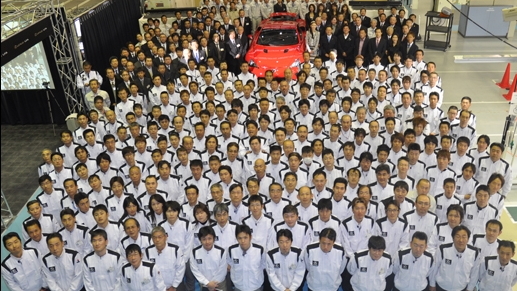 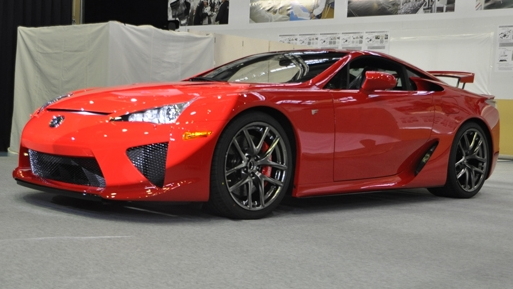 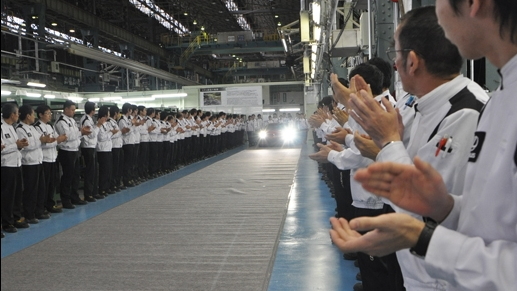 27
photos
We’ve seen plenty of 2012 Lexus LFA supercars before, in all sorts of colors, and with each incarnation we saw it was evident that the cars were becoming more and more refined. However, up until now, these LFA examples were all pre-production prototypes, developed either for testing or promotional efforts.

Now, official production of the LFA has started--well, it did on December 15 of last year--and the very first production example has finally rolled off the line at the supercar’s Motomachi plant in the famous Toyota City in Japan.

A total of 170 people help bring the LFA to life, including specialists who build the car’s carbon fiber components. Roughly 65 percent of the LFA is composed of the lightweight stuff, aiding strength and rigidity while reducing vehicle weight dramatically.

Another key distinguisher of the LFA is its approximate 15,000 parts, which is around 3,000 more than a regular Lexus models. Furthermore, almost every component is assembled by hand.

The most notable feature, however, is that every single procedure is recorded for each LFA built. For example, the record for the assembly process alone is over 300 pages long, and in the end, each and every LFA built will have over a 3,500 page work journal. This record will be kept at Lexus and will be utilized for future reference should there be an inquiry after the vehicle is delivered.

This is what every LFA encounters before delivery to customers around the world. Too bad the privilege of owning this masterpiece will set you back around $375,000.