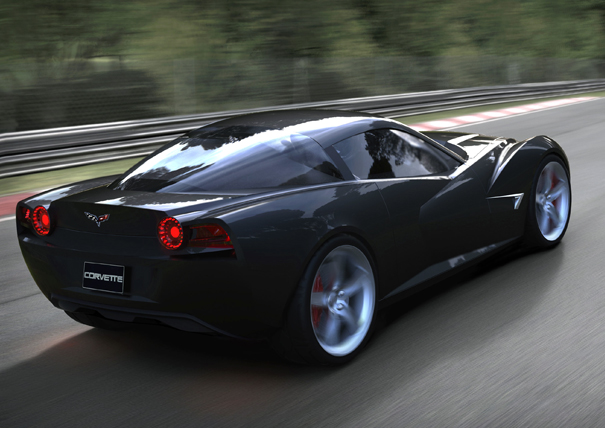 The C7 Chevrolet Corvette has been the subject of rampant speculation since the C6 came out, with everything from all-wheel drive to mid-engine orientation supposedly planned. Most of those rumors have been shot down, and we're told the Stingray concept is only a general study in possible directions. So what to expect of the C7 'Vette? This artist's interpretation may be a good starting point.

Far from the outlandish and whimsical postulations of some, James Robbins' vision of the future Corvette is actually quite reasonable--and quite attractive. It's also perhaps the most accurate, given what little we know about the next iteration of America's super coupe.

Things we do know: it will still be front-engine/rear-drive, it won't be a radical departure from the existing model, and it will almost certainly have to meet tougher fuel efficiency goals. Those three things combine to make another evolutionary step forward from the C6, much like the C6 itself built on the C5, the safest bet. That means similar proportions, wheelbase, and silhouette, with changes coming primarily to the bodywork. 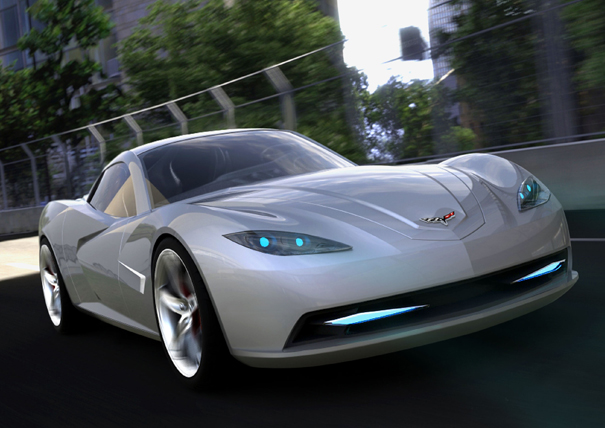 In Robbins' renderings, we see a combination of angular and curved surfaces interacting to cut the familiar Corvette shape--with a few tweaks--into an otherwise very smooth, aerodynamic shape. The end result? An appealing, fresh-faced take on the very long-lived Corvette theme.

There, of course, a few details we could do without: the odd wraparound fin/spoilers at the rear; the lack of the classic four round tail lights; the chrome accent on the front fender vent; and the oddball front air dam/slitted fog light setup.

Still, it's the closest approximation to what our imaginations expect, and enough to get the idea of a turbocharged V-6 'Vette working in the back of our heads again.