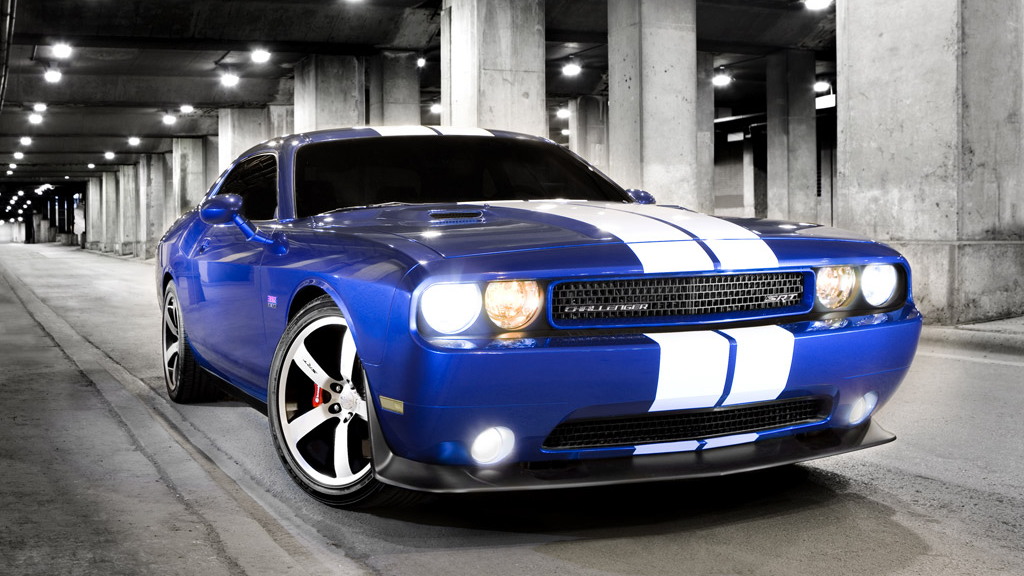 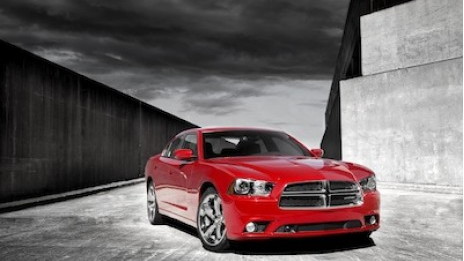 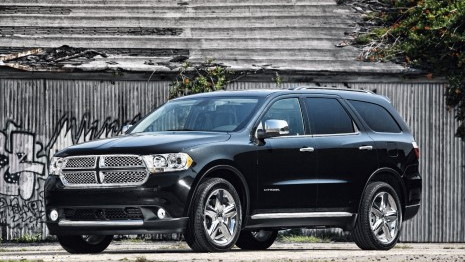 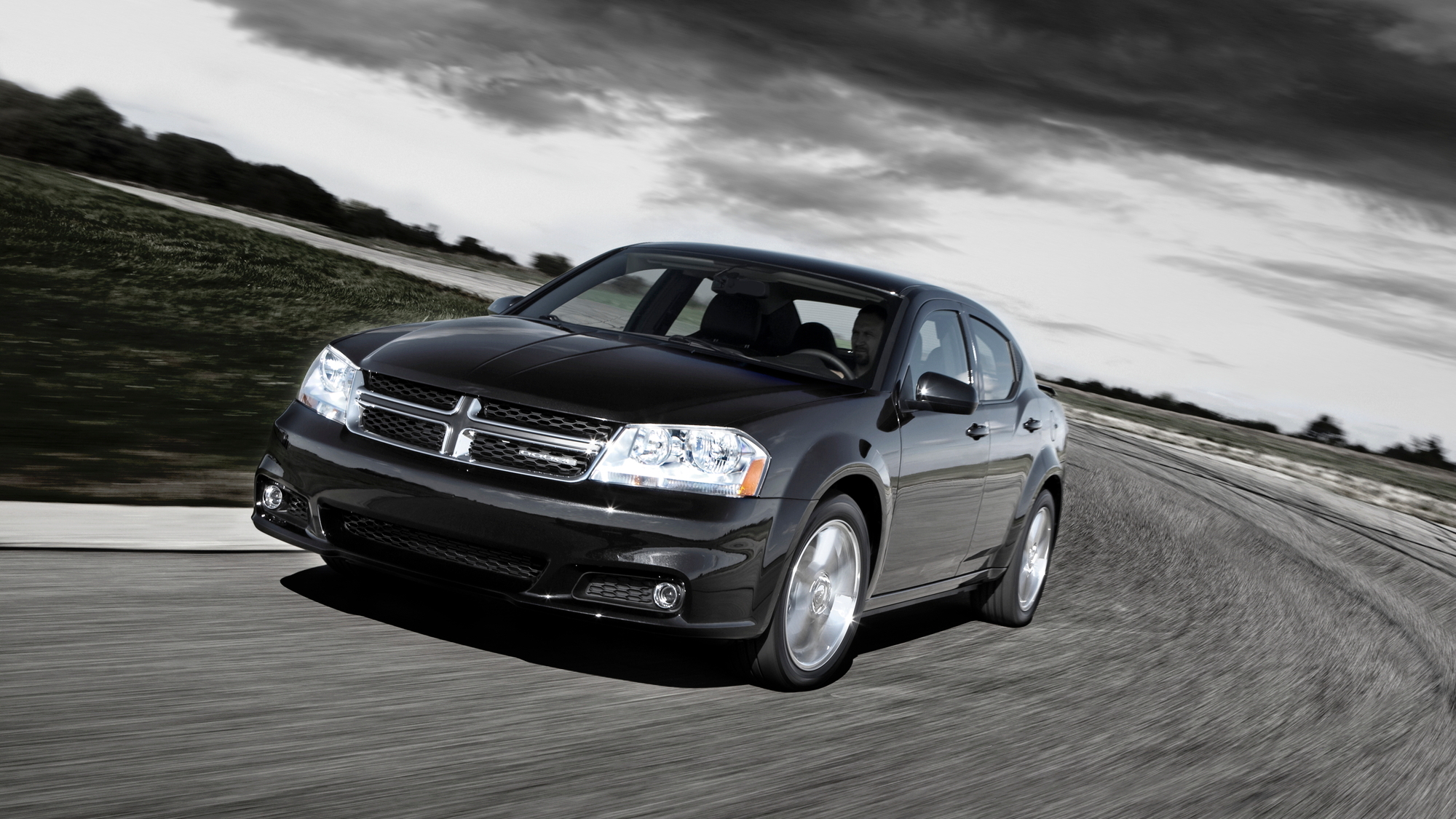 With Fiat helmsman Sergio Marchionne at the wheel, things are looking up for Chrysler, with the now-truckless Dodge brand offering up a refreshed Charger, a stronger SRT8 HEMI V-8, and a more luxurious and "sporty" Durango. Today pricing for the rejuvenated Dodge lineup is out, and it looks pretty good.

Dodge's "three-row performance SUV," the 2011 Durango, starts from $29,195 in rear-wheel-drive Express trim, rising to $41,795 for the range-topping Citadel. All-wheel drive adds an even $2,000 across the Durango lineup. For the price, Dodge delivers 50/50 weight distribution, a 25-percent stiffer unibody than the previous Durango, and an interior that is heavily leveraged from the excellent cabin of the 2011 Jeep Grand Cherokee.

Pricing for the 2011 Avenger, Grand Caravan, and Journey were also announced today. Hit page two for the full details on all six models.

Dodge today announced pricing for its new 2011 model year lineup, and with competitive pricing, new powertrains, new driving dynamics and all-new interiors, customers looking for fun-to-drive, fuel-efficient vehicles designed for performance with a nice dose of attitude will also be pleasantly surprised at the tremendous value they’re getting.

“When you walk into a Dodge dealership, you won’t believe your eyes,” said Ralph Gilles, Dodge brand President and CEO, Chrysler Group LLC. “Our Dodge line-up, including the all-new 2011 Dodge Durango and Charger, as well as the Journey, Grand Caravan, Avenger and Challenger, is either totally new or significantly updated. All are loaded with premium standard features. And the icing on the cake: customers will have plenty of room left in the budget to customize with some goodies from Mopar.”

New 2011 Dodge vehicles will start arriving in dealerships in December, just in time for the holidays.

2011 Dodge Durango – A three-row performance SUV
Dodge is putting the ‘sport’ back into the sport utility (SUV) segment with the 2011 Dodge Durango, a three-row design spacious enough to carry the entire crew and performance-tuned to thrill anyone who truly loves to drive. From its sleek exterior design and modern, spacious interior to the 50/50 weight distribution and a unibody structure that is more than 25 percent stiffer than its predecessor; the all-new Durango delivers crossover versatility, SUV capability and unexpected performance a league above its competitive class. Durango is the perfect balance of functional versatility and luxury at an outstanding value.

2011 Dodge Journey Crosses Over: A Gorgeous New Spirit and a Driver’s Soul
For 2011, Dodge takes what was good with the Dodge Journey and makes it better. The Journey receives a major overhaul with a completely redesigned and retuned suspension, a new V-6 engine and a gorgeous new interior. And that’s not all. Journey also features the latest and greatest in vehicle connectivity and customization with the Chrysler Group’s new PowerNet electrical architecture. Owners will feel like they have the world at their fingertips with the Journey’s available touch-screen command center. In addition, at 283 horsepower and 260 lb.-ft. of torque, the 2011 Dodge Journey equipped with the new 3.6-liter Pentastar V-6 engine delivers a 20 percent boost in power compared with the V-6 engine it replaces. It’s mated to the smooth-shifting six-speed automatic transmission.

The Originator is Back with an All-new Attitude--The New 2011 Dodge Grand Caravan: New Heart, New Moves, New Soul
The new 2011 Dodge Grand Caravan is a minivan with the driving dynamics of a performance sedan – and a little bit of attitude. Dodge believes that just because a driver needs the versatility of a minivan doesn’t mean that the experience has to be boring. So engineers redesigned and retuned virtually every system in the new Grand Caravan’s suspension. That major suspension overhaul, combined with a new V-6 engine that delivers best-in-class horsepower, gives Grand Caravan drivers a dynamic driving experience that other minivans in the segment just don’t deliver. Get behind the wheel, and enjoy a driving experience once never thought possible in such a functional vehicle.

An All-new Dynamic for the 2011 Dodge Avenger: A Mid-size Sedan Designed, Engineered for Spirited Performance
In addition to an all-new interior, the Dodge Avenger’s “fun to drive” quotient rises exponentially for 2011 with a significantly upgraded suspension to give drivers agile, confident, handling performance in all driving situations, whether it’s a spirited adventure on twisty roads or an emergency maneuver. A new and improved powertrain lineup contributes to the 2011 Avenger’s driving experience. In addition to the standard re-calibrated 2.4-liter World Engine with an available 6 speed automatic transmission, Avenger customers also can opt for the new Pentastar V-6 engine mated to a six-speed automatic transmission that gives customers the best of both worlds – best-in-class 283 horsepower (an increase of 20 percent compared with the engine it replaces) and 29 miles per gallon Highway fuel economy.

Dodge Challenger SRT8 392 Delivers New Levels of Performance With Loads More Torque, Horsepower and Maximum Handling
With the introduction of the legendary 392-cubic inch HEMI® V-8 for the street, the 2011 Dodge Challenger SRT8 392 builds on its original mantra of a rear-wheel-drive coupe that promises a balanced approach between form and function. The new 2011 Dodge Challenger SRT8 pumps out 470 horsepower and 470 lb.-ft. of torque. However, impressive straight-line acceleration is just part of the performance story, as world-class ride and handling, high-performance braking and the latest technology that delivers improved fuel efficiency, results in the newest version of the quickest coupe in the Dodge product lineup.