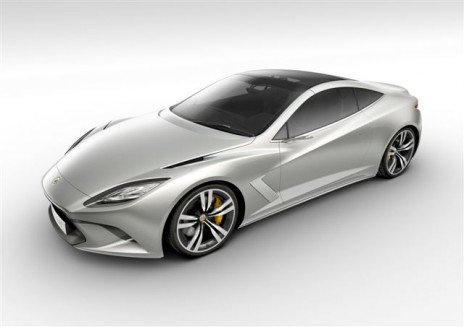 Concept cars, green cars, electric cars--new cars. It's all coming to the 2010 Paris Auto Show at the end of this month, and High Gear Media is gearing up to bring you wall-to-wall Paris coverage starting...now.

The show opens tomorrow to the media, but we've already previewed some of the dozens of new cars we'll bring you live later this month. Cars like the nifty Kia Pop electric-car concept, the mysterious Lamborghini concept car, a new Lexus IS lineup, and the Range Rover Evoque and Mercedes-Benz CLS-Class.

There's so much yet to come, before the doors of the Paris Expo even open, we've assembled this guide to our coverage of the show so you can get ready--just as we're planning ahead for a marathon of first-night reveals, 15-minute press conferences, and the wrap-up yet to come.

Beginning here, and through the show's press events on Sept. 30 and October 1, we'll bring you a live stream of news, photos and videos--and we'll be bringing you up to speed via Twitter and Facebook.

Your shortcut to it all? Bookmark this page, stick with us as we tweet from @therealma--and don't touch that browser all week, or you'll miss something.

2012 Hyundai Veloster: Whatever it's called, a new small Hyundai sporty car is set to appear at the Paris show. What's so unique about it? Plenty, but you'll have to come back closer to month's end.

Lotus roadster: With the focus on the bigger Lotuses in the pond, we've also heard rumors of a modern-day Lotus Seven being reincarnated on the Paris show floor. Holy Lazarus!

2011 Lotus Evora S: By the time we digest all that hotness, the updated Evora S will seem like old news. Wait, is it already?

Ferrari California hybrid: Shudder to think--or not--but there may be a more efficient California under wraps, prepped for the Expo show days.

2011 Audi R8 Spyder V-8: The fabulous Audi sportscar steps things down a notch with a capable, if not electric, V-8 option.

2011 Aston Martin DB9: The refreshed big Aston coupe makes the Chunnel trip from Gaydon, with a light makeover but no more power.

2011 Lexus IS and Lexus IS-F: Another skin job puts the compact Lexus duo on a surer footing in the brutal sport-sedan niche.

2012 Chevrolet Aveo: It's finally here, and looking pert as it reports for duty.

2012 Mercedes-Benz CLS-Class: The Stuttgart automaker sold everyone on the notion of a four-door coupe. Now, it has to sell us on a new direction, away from svelte and into something a little more severe. 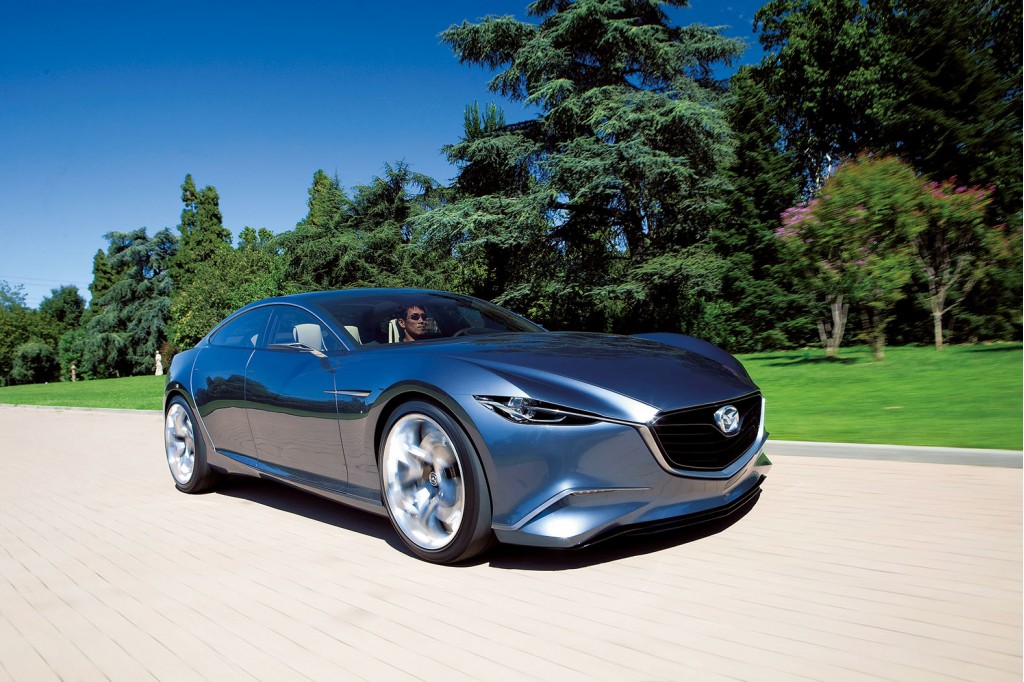 Jaguar sportscar concept: It could be the next XK--or is it the long-speculated F-Type? In PR-speak, we'll get back to you on that one on the 29th at 8:30 p.m. Paris time.

Renault Dezir concept: Yes, there is such a thing as zero-emission sex appeal. Renault's gullwing supercar may sound like fiction, but to EV makers like Tesla, it sounds like trouble.

BMW Concept 6-Series Coupe: It's clearly a forerunner of the new 6-Series due next year, but BMW's 6-Series Concept won't lose points because of it.

Lamborghini Paris Concept: A series of six detail shots have trickled out; in a few hours we'll know just what Lamborghini has up its carbon-fiber sleeve. 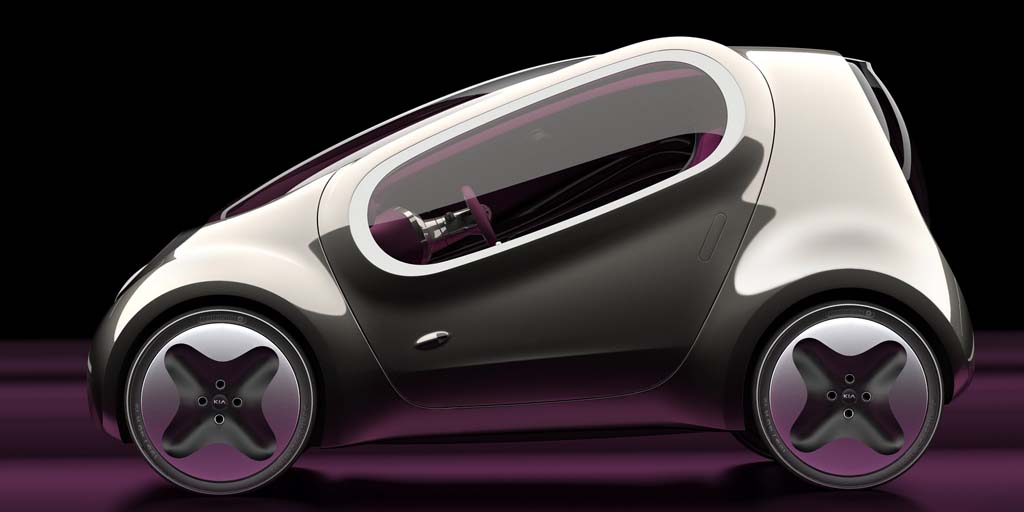 Kia Pop Concept, to be shown at the 2010 Paris Motor Show

Kia Pop concept: It's purely a concept, but just from photos, we wish Kia would build this Lego-influenced thingy right away.

Saab 9-3 ePower Wagon:  Newly shorn from GM, Saab is now trying to break away from the gasoline infrastructure.

Audi R4 e-tron Roadster Concept: Audi brings the gorgeous concept it's shown over the past year, snips the lid and gives it battery strength.

Lotus hybrids: With those rumored Esprits and Sevens and Evoras, Lotus might also bring along some hybrids.

Peugeot 3008 Hybrid4: It's the world's first diesel-electric hybrid. Will someone in the audience please wake up the Americans?

Honda Fit/Jazz Hybrid: Temptation awaits in the Expo: we love the Fit, but the Hybrid version's a no-go for the U.S. We're sitting in it anyway.

2011 Smart Fortwo: Some minor updates to the teensy, woozy-handling Smart are in the works. The Daimler division may also display an electric scooter, adding to the general seriousness.

Mitsubishi i-MiEV: The European-spec version of the electric car destined for America will be on the Paris floor, seeking an outlet. It won't be alone.

Mercedes-Benz A-Class E-cell: An electrified A-er, with help from Tesla, plans to occupy some of the Benz booth, possibly the corner otherwise reserved for nicely drawn espressos.

Smart Escooter Concept and MINI Scooter E Concept: For those who want something less than four wheels, both MINI and Smart have you in mind. 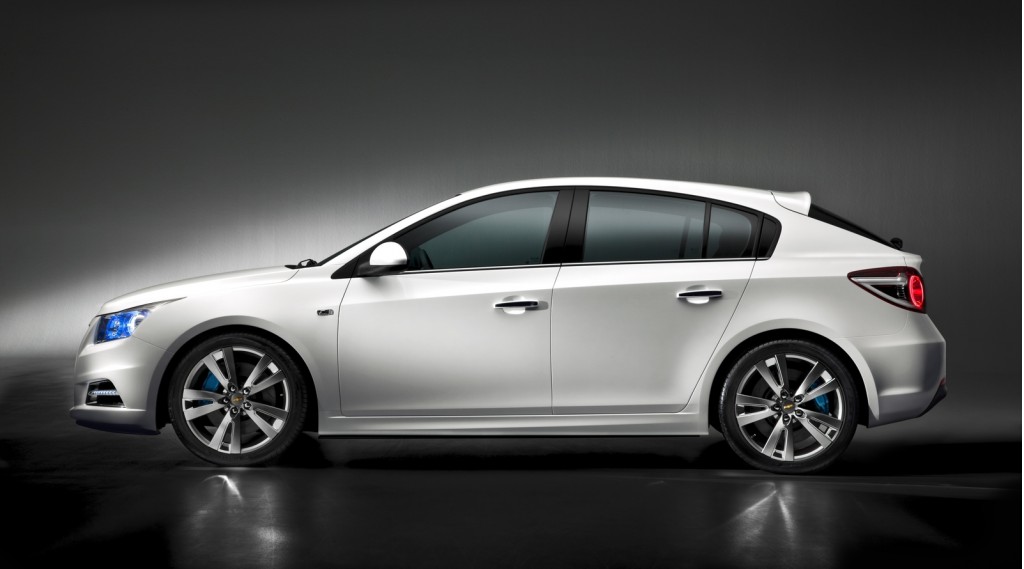 2011 Chevrolet Cruze hatchback: Staggeringly handsome from the side, the five-door Cruze will wave to us from a distance, as it's not allowed in U.S. showrooms.

2011 Chevrolet Orlando: First it was on, then it was off. Chevy's abandoned the idea of building and selling the Orlando in America, realizing...hey...we already have one in Florida?

Opel GTC: An expat we'd love to bring Stateside, the hotted-up Opel coupe will be on the GM stands in the Expo.

Ford Focus ST: Will we, or won't we get the hotter version of the sleek new Ford compact? We'll be celebrating the new 2012 Focus with them on the 29th, so we'll ask. It never hurts to ask.

Hyundai ix20: We call it an Accent, so technically, we will see this vehicle in the U.S.--just under its nom de guerre.