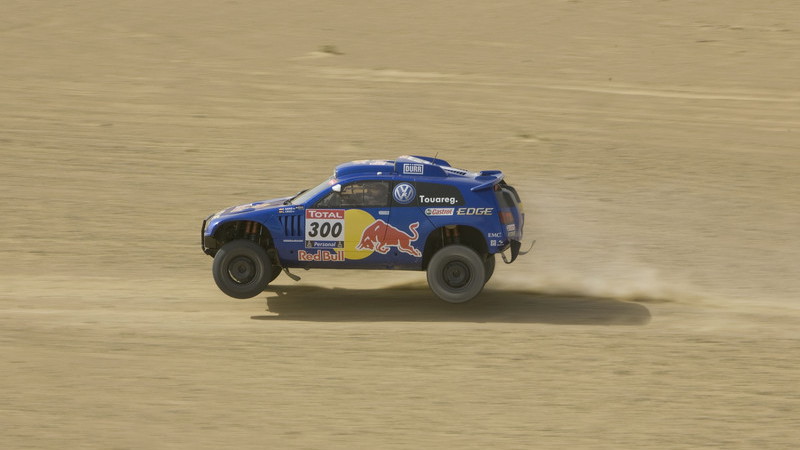 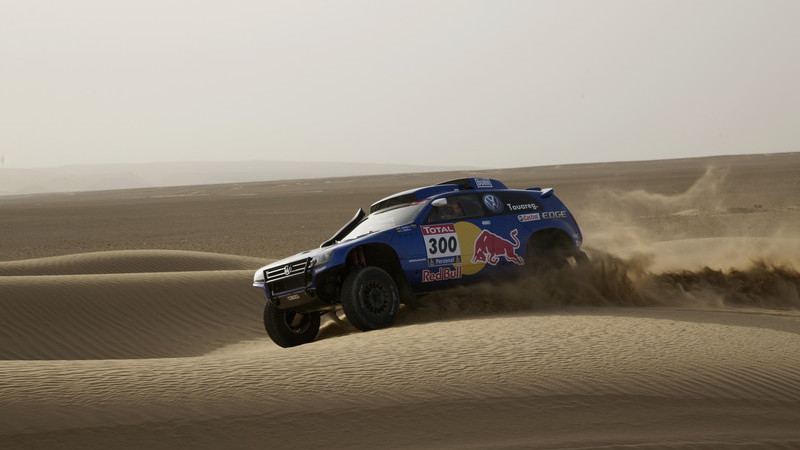 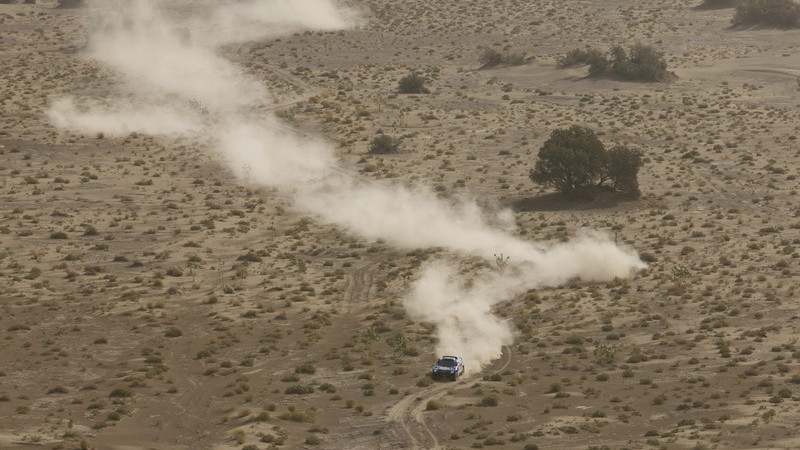 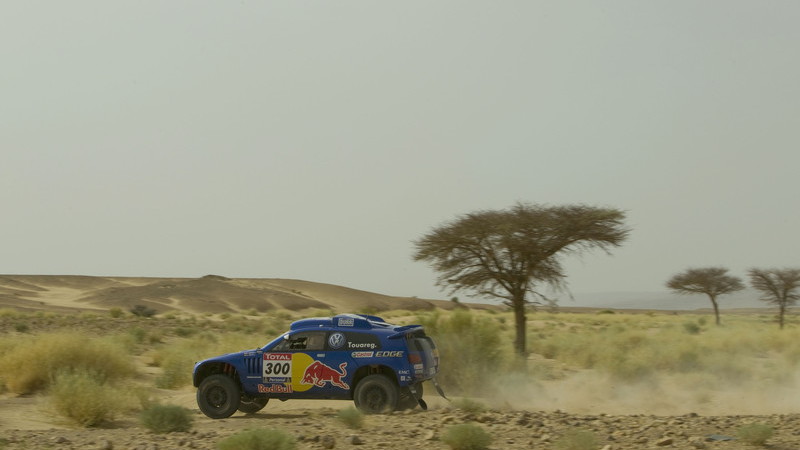 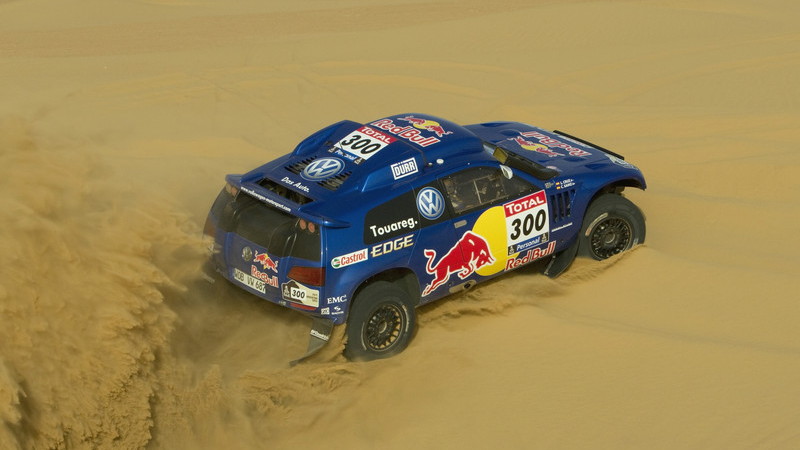 The Dakar Rally isn't in Dakar anymore, but it's no less grueling. From ancient tombs waiting to swallow even the best of motorcyclists to simply vicious natural terrain, the 15-day race pits driver, crew, and machine against the clock, each other, and the worst Mother Nature has to throw at them. It is epic, and not in the pathetically overused sense of the Internet.

For the past two years, Volkswagen has dominated the rally much as Audi did when it burst onto the endurance racing scene with its own diesel racers. In 2009, the team took a one-two win, following it up with another one-two this year. With the 2011 race just four months away, it's gearing up for the hat trick, and it has a new Race Touareg 3 to replace the proven Race Touareg 2.

The new Touareg builds on that winning duo with a 2.5-liter, 310-horsepower (up 10 from the Race Touareg 2) turbodiesel powerplant that's still the only diesel to win the automobile classification. Improved cooling, an optimized gearbox, more power for high-altitude driving, and slicker aerodynamics should make for an even more dominant vehicle.

The 2011 Dakar Rally kicks off January 1 and runs through January 16, tracing a route across the pampas, the Atacama desert, and the spine of the Andes.