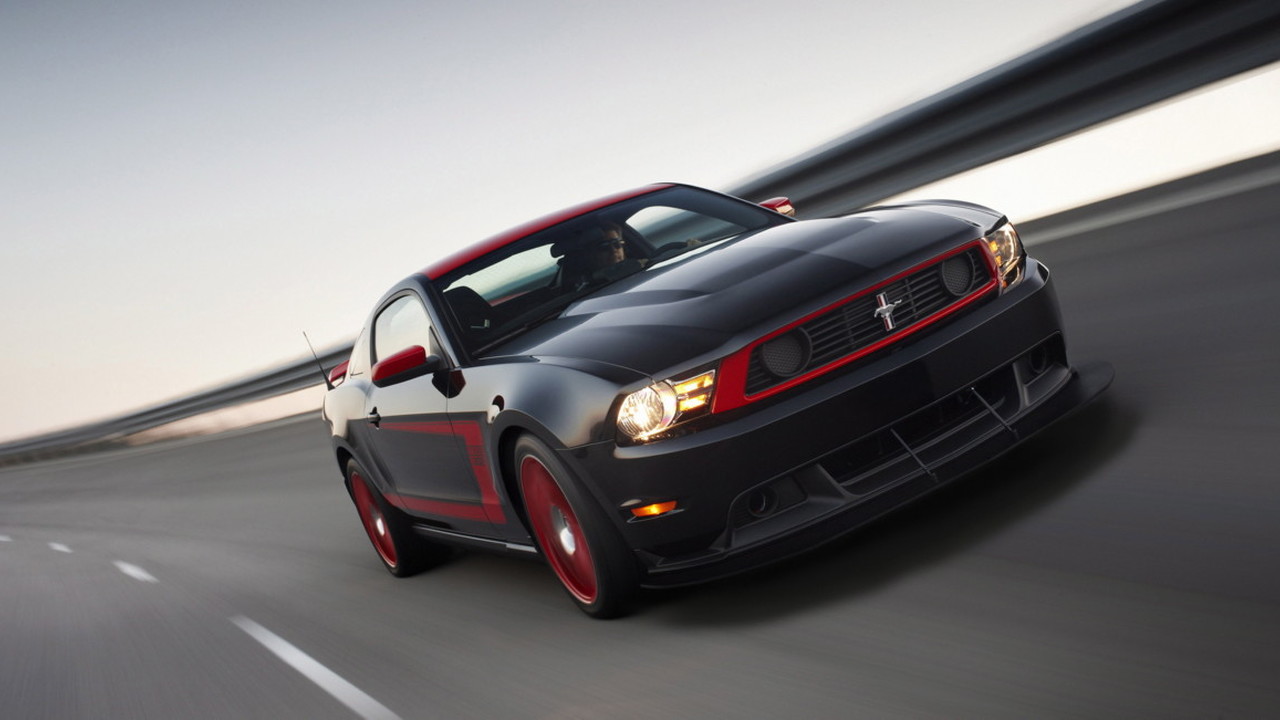 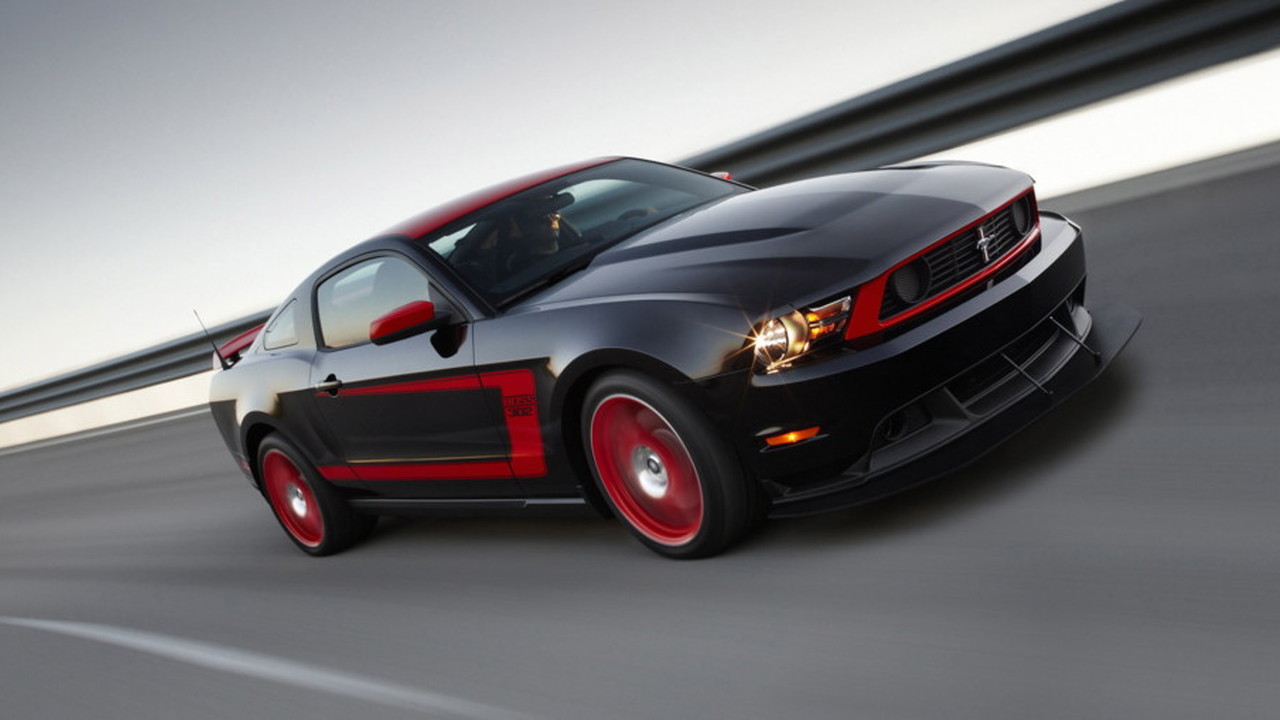 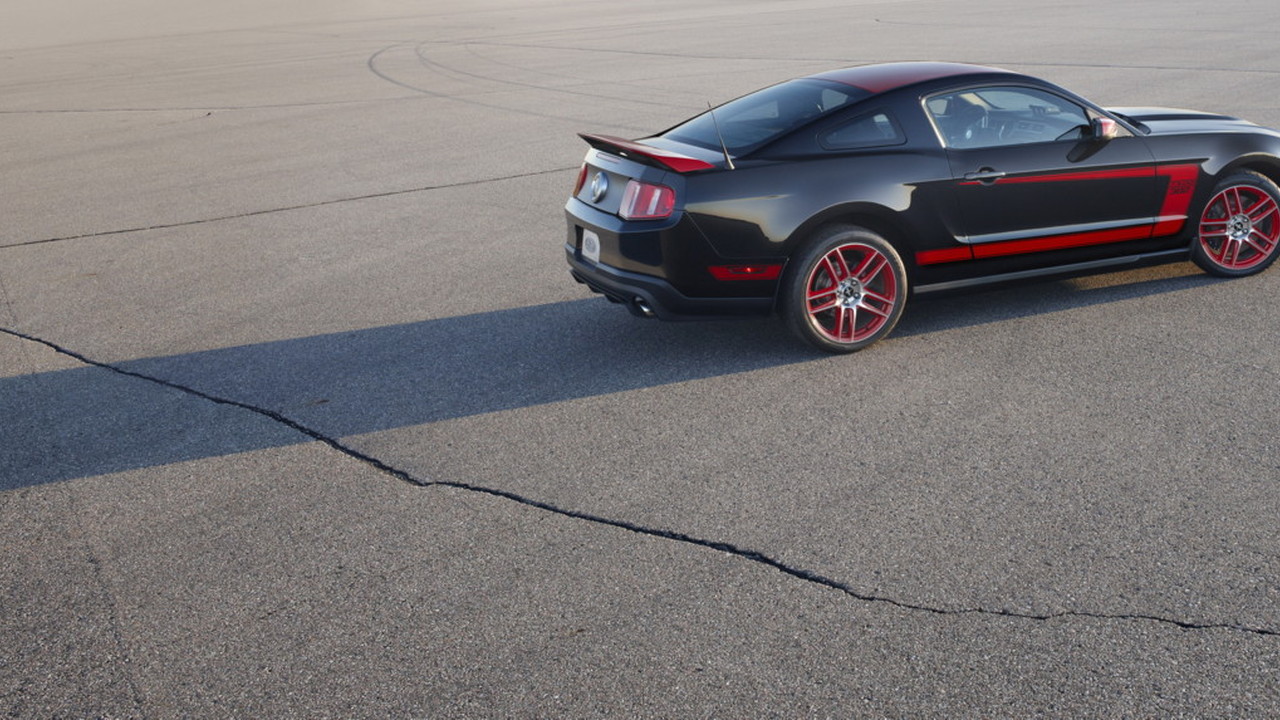 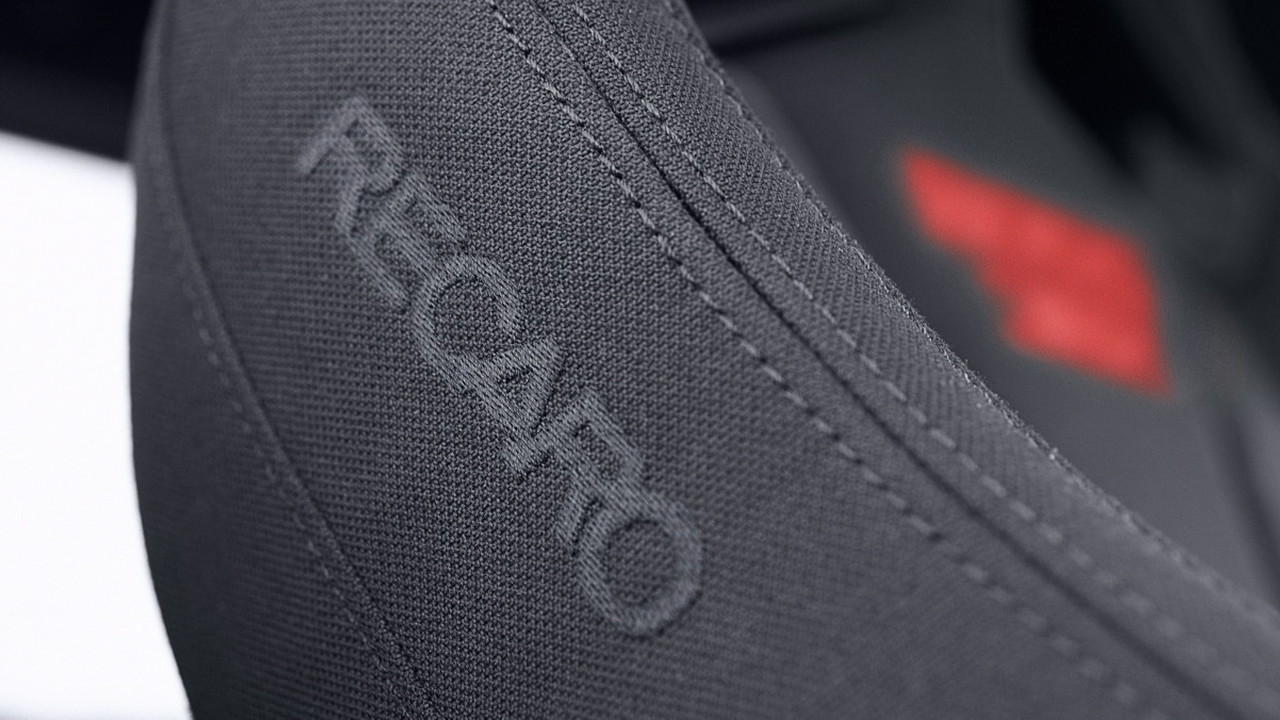 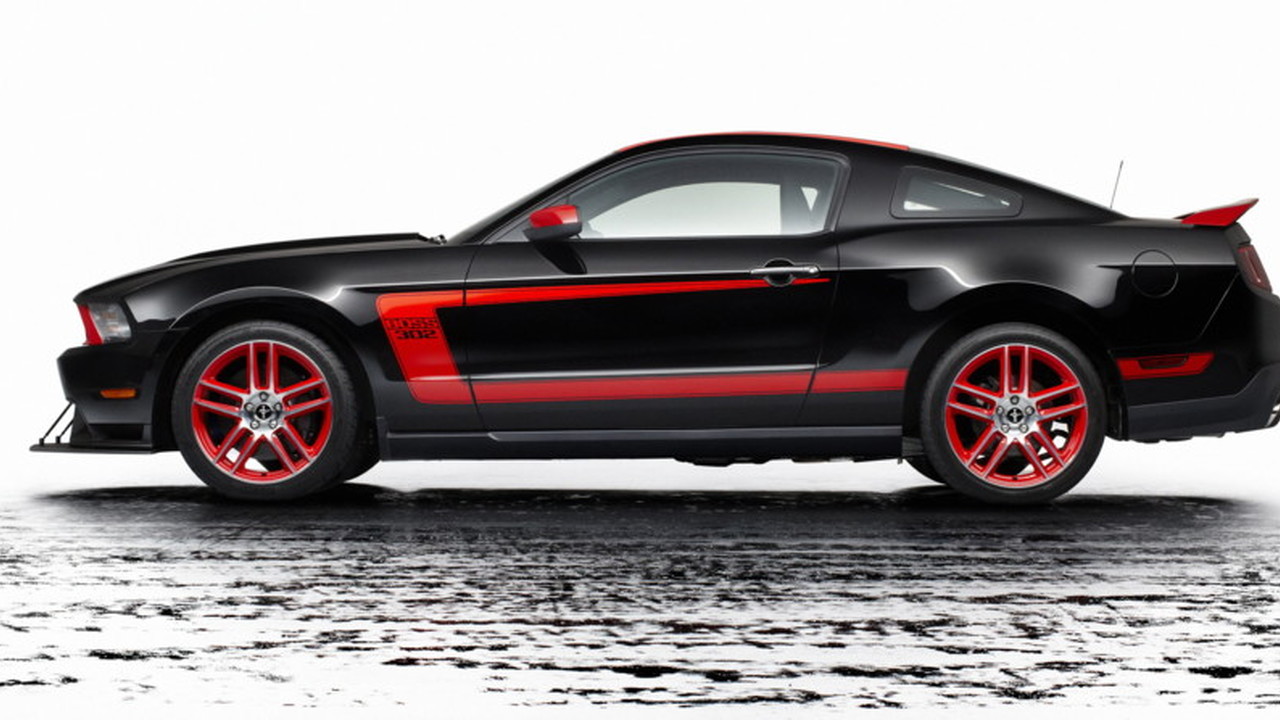 20
photos
The Boss is back. And no, we're not talking about Bruce Springsteen or Tony Danza. There's a 302 involved, which takes  us back to a completely different boss: the original, championship-winning Parnelli Jones 1970 Trans Am car.

Just as with the Boss 302R, unveiled last year and offered in a very limited lot of 50, the new 2012 Ford Mustang Boss 302 Laguna Seca introduced this week gets a tighter suspension and chassis setup, along with aerodynamic improvements and a unique look. Now, at the start of the big Monterey weekend Ford is rolling out a Boss 302 Laguna Seca that celebrates Parnelli Jones' 1970 season-opening victory.

Make no mistake about it, this isn't an appearance package. Everything about the new Boss was tuned for those who want racetrack performance over comfort. 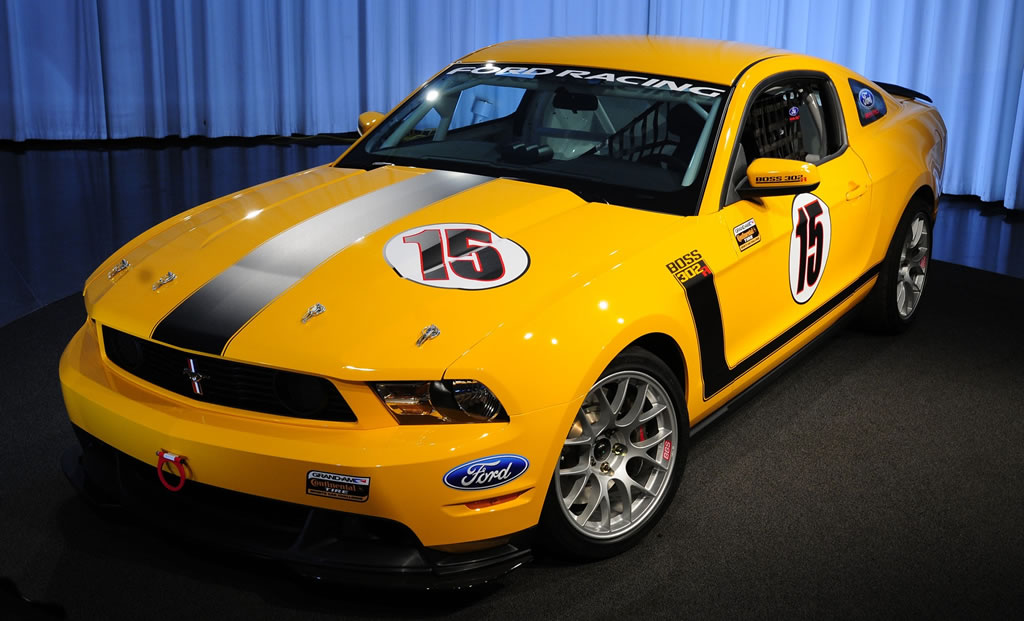 Ford boasts a top speed of 155 mph, and it's the first non-SVT Mustang ever to reach 1.0g of lateral acceleration.

The 2011 Ford Mustang GT's 5.0-liter V-8 engine carries into the Mustang Boss with only breathing changes and more aggressive engine controls. Altogether, the engine makes 440 horsepower (versus the standard GT's 412 hp) and 380 pound-feet of torque.

With a race-duty clutch and short-throw six-speed manual, a 3.73 rear ratio, and limited-slip rear differential, the Boss 302 has the makings of a great track day Mustang. But there's a lot more here that Ford finesses a completely new personality into the Boss as well—by making it sound considerable more savage than the Mustang GT.

Side pipes give the exhaust character

Ford's powertrain team managed to give the new Mustang Boss the sound of a V-8 racecar while keeping it (just barely) street-legal. A special Boss intake has “minimum restrictions,” and the intake has been retuned, while the exhaust has reduced backpressure and was tuned to match the rush of intake noise. Of the four exhaust exits, two are much like the standard Mustang GT, crossing over and exiting at the back, but there are also lower-flow side pipes that produce a lot of sound yet don't carry much exhaust volume. The whole setup is designed in such a way that it can be tuned down for areas that are more restrictive about sound.

Suspension and steering have been retuned as well, with higher-rate coil springs added front and back, matched with softer bushings and a larger rear stabilizer bar. Compared with the GT, the Boss rides 11 millimeters lower in front and 1 mm lower in back. Instead of adding an expensive modern electronically adjustable damper setup, Ford installed shocks that are similar to the original Gabrial shocks offered on the first Boss 302, with adjustment at the top of the shock towers and five different settings that would allow you to crank up feedback at the track then ride home more comfortably.

Traction and electronic stability control systems are different in the Boss to belp take advantage of the more aggressive settings, and it includes a sport mode that allows more aggressive driving before intervening. Even for those planning to use the Boss mainly on the track, think of it as training wheels.

The Boss 302 also adds to the Mustang GT's Brembo four-piston brake system in front by adding a special high-performance pad compound, vented brake shields, and a unique ABS calibration. Low-compressibility brake lines allow an even firmer, more direct pedal feel, and stopping distances have been cut by about three feet from 60 mph.

Ford has added eleven pounds of sound-deadening material to the Boss so that occupants can enjoy the much louder exhaust sound without being completely shell-shocked.

Fog-lamp openings have been blocked off, with an aerodynamically functional, more aggressive lower air splitter giving a clear nod back to the original 302R—and helping to enable that 155-mph top speed. A rear spoiler was chosen to compliment the front and reduce drag, and underbody aerodynamics were also improved.

Inside, the new Boss gets suedelike Alcantara trim and a unique Boss steering wheel, plus a dark metallic instrument panel finish, special gauge cluster and door trim, and a black pool-cue shifter ball. It also gets “Powered by Ford” doorsill plates.

Those who are planning to spend a little more time in their Boss—or just want to impress a bit more—will want the optional Recaro seats, which are shared with the GT500.

Chief engineer Dave Paricak explained that 40 years after the original racing icon, the team was determined to do it right or not do it at all. “no one on the team was going to let Boss become a sticker and wheel package.”