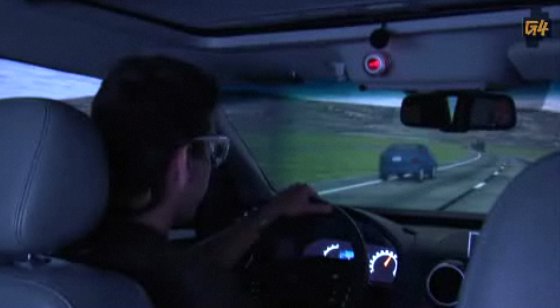 Sitting inside a vehicle that looks as big as a high school gymnasium, G4 channel's "Attack of the Show" host Blair Herter experiences as-yet-unbuilt Ford vehicles in a variety of virtual reality testing environments. The technology allows Ford to test and evaluate designs without having to build a thing.

Once Herter gets out of the VR vehicle, we get a behind-the-scenes look at the various systems. There are systems to evaluate ergonomics, driver performance, new interior designs, and more. It's a quick-hit look at the tech, but it's an interesting glimpse at just what it takes to build a line of competitive, safe, and easy-to-use vehicles in today's highly competitive market.