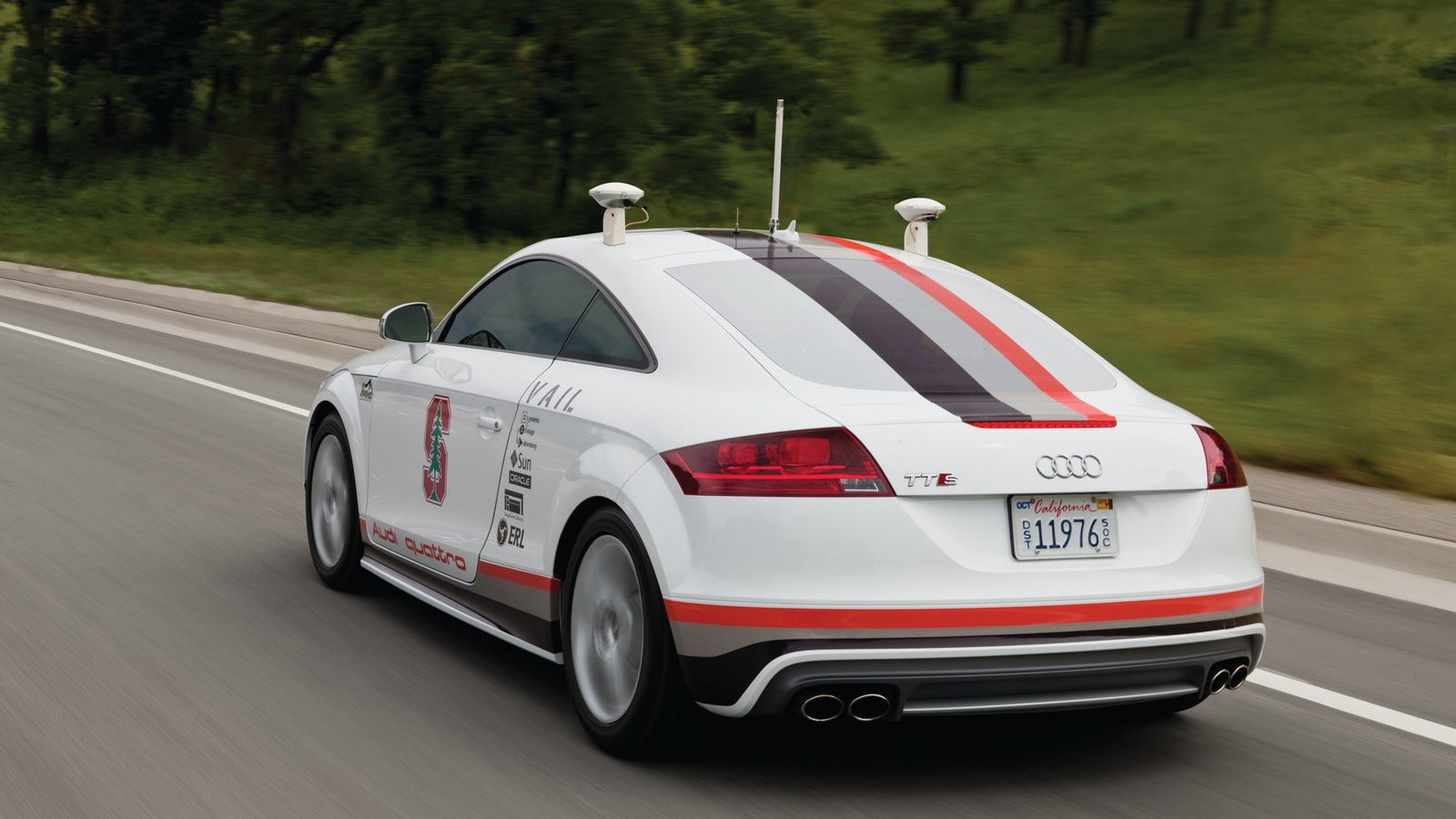 Ask Rhys Millen or Nobuhiro "Monster" Tajima if they'd like a robot to take their place on the Pikes Peak rally course, and you're likely to get punched in the face. But ask the average driver trying to negotiate the tricky pass (or one like it) in winter, and you might just get hugged. Audi, together with Stanford University, is working on a car to take on the treacherous trail all by itself.

The car, named "Shelley," after famed Audi rally racer Michele Mouton, got a new look recently as it prepares for its high-speed testing on the actual Pikes Peak course this September. The goal is to make a driverless car that can successfully navigate the winding, varied-surface road at speed, with the end result hopefully yielding some benefits for regular production cars.

Leveraging Audi's quattro all-wheel drive system for traction and stability plus an incredibly smart system developed by students and scientists at Stanford, the car will make its run up the Colorado mountain as Audi celebrates the 30th anniversary of quattro.

Check out our previous coverage of the car to track its progress, watch the video below to see it in action, and hit page two to see the planned schedule for Shelley's 2010 exploits.

September: Pikes Peak autonomous attempt, conditions permitting. This will be closed to the public, due to the extreme nature of the course. But the testing will be certified by an independent motorsports organization.

Mid-November: Weather permitting, a Guinness Book of World Records land speed attempt at the El Mirage Lake dry-lake bed in southern California or another nearby location . Officials from the Guinness Book plan to certify whether the Pikes Peak TTS establishes a record in the new category of fastest speed in an autonomous vehicle. Media coverage details will be forthcoming.