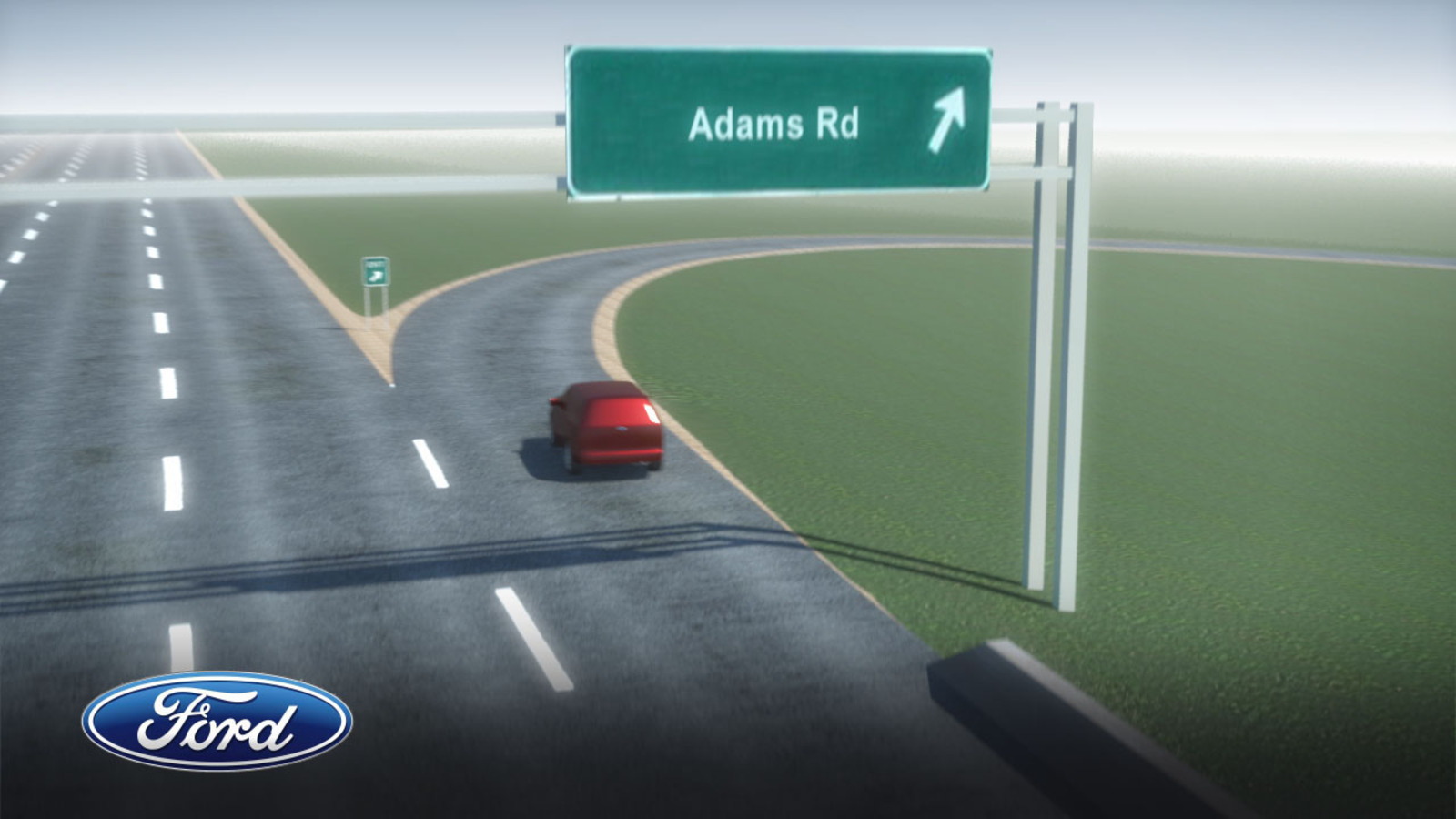 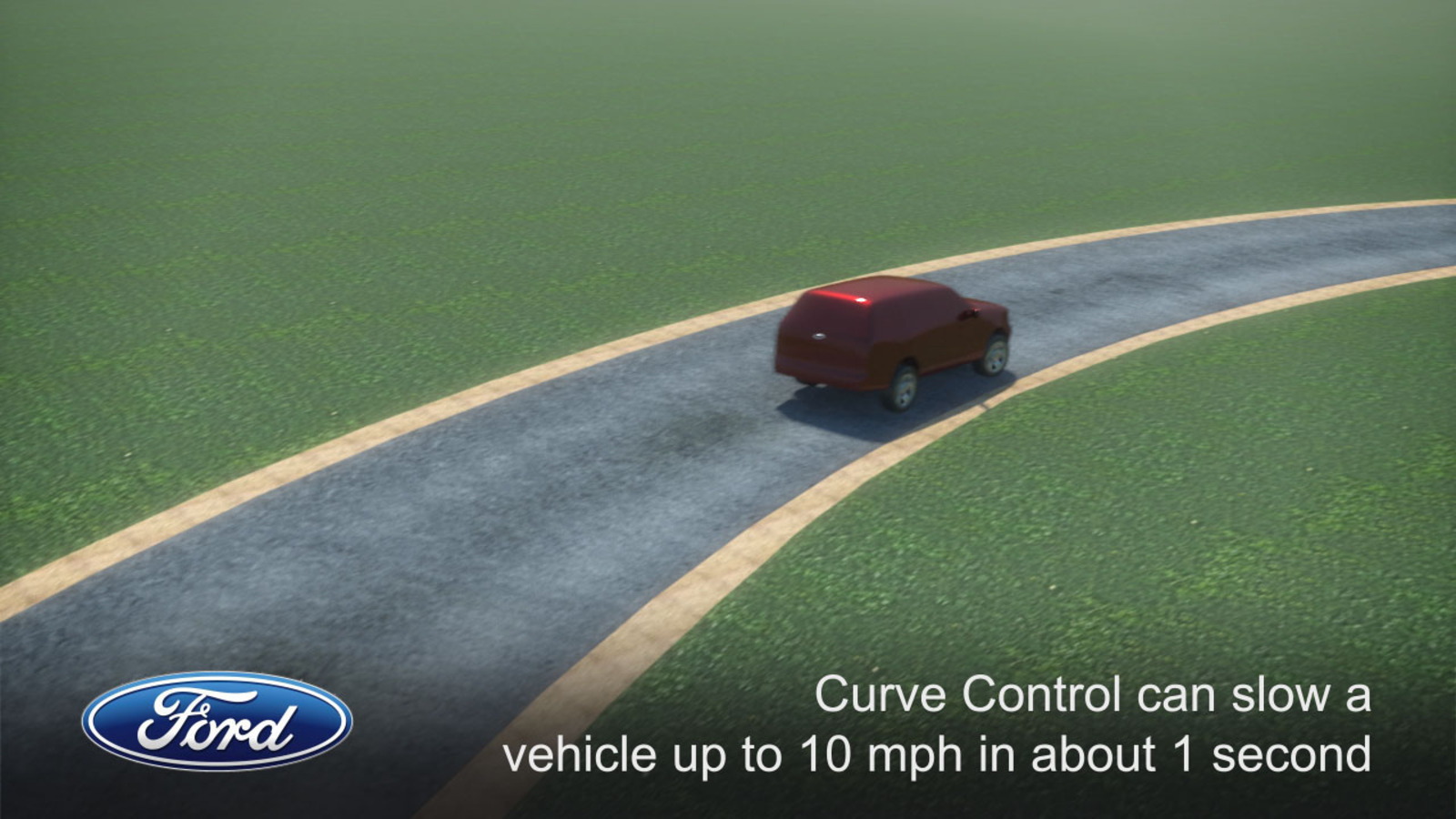 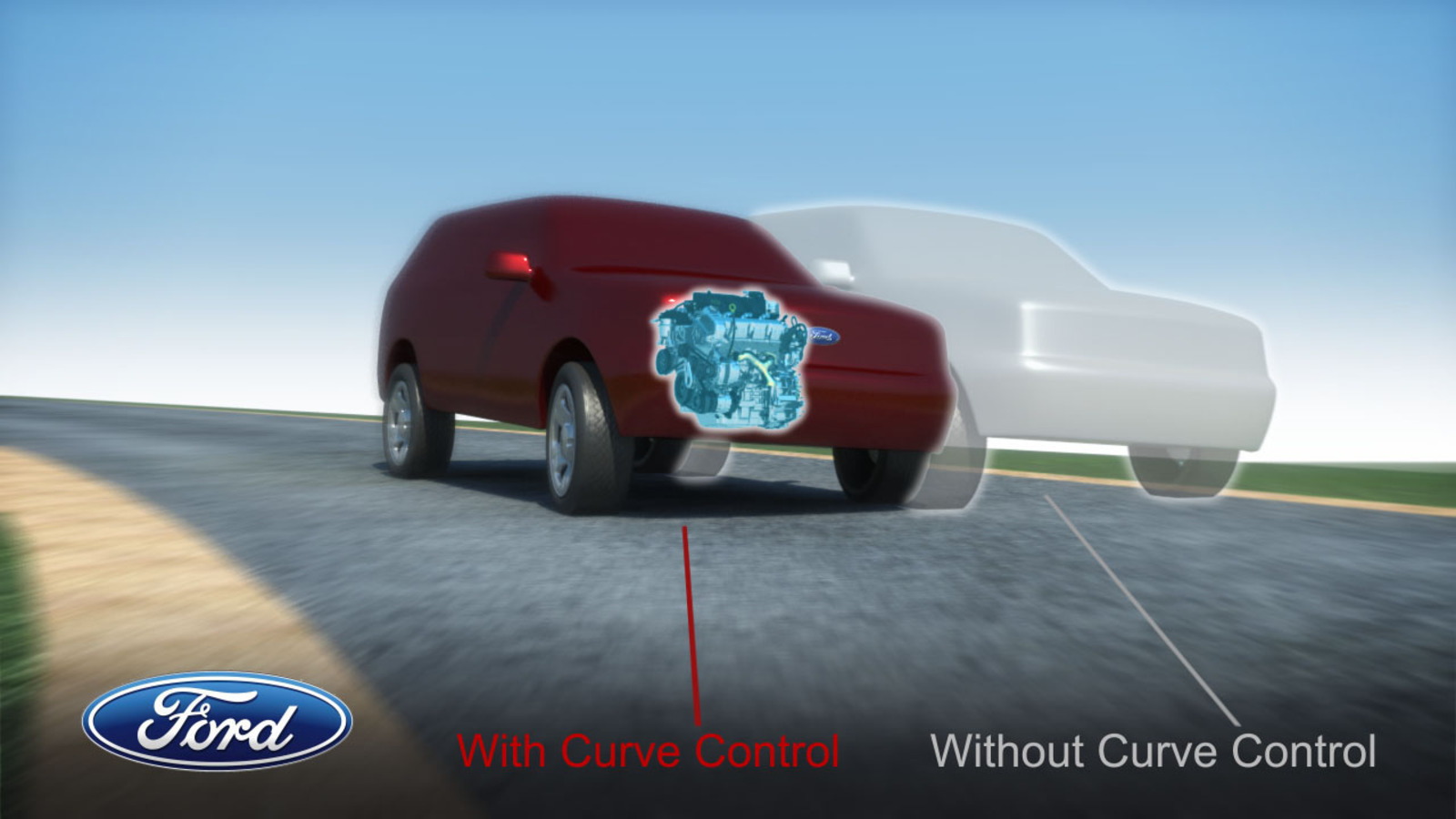 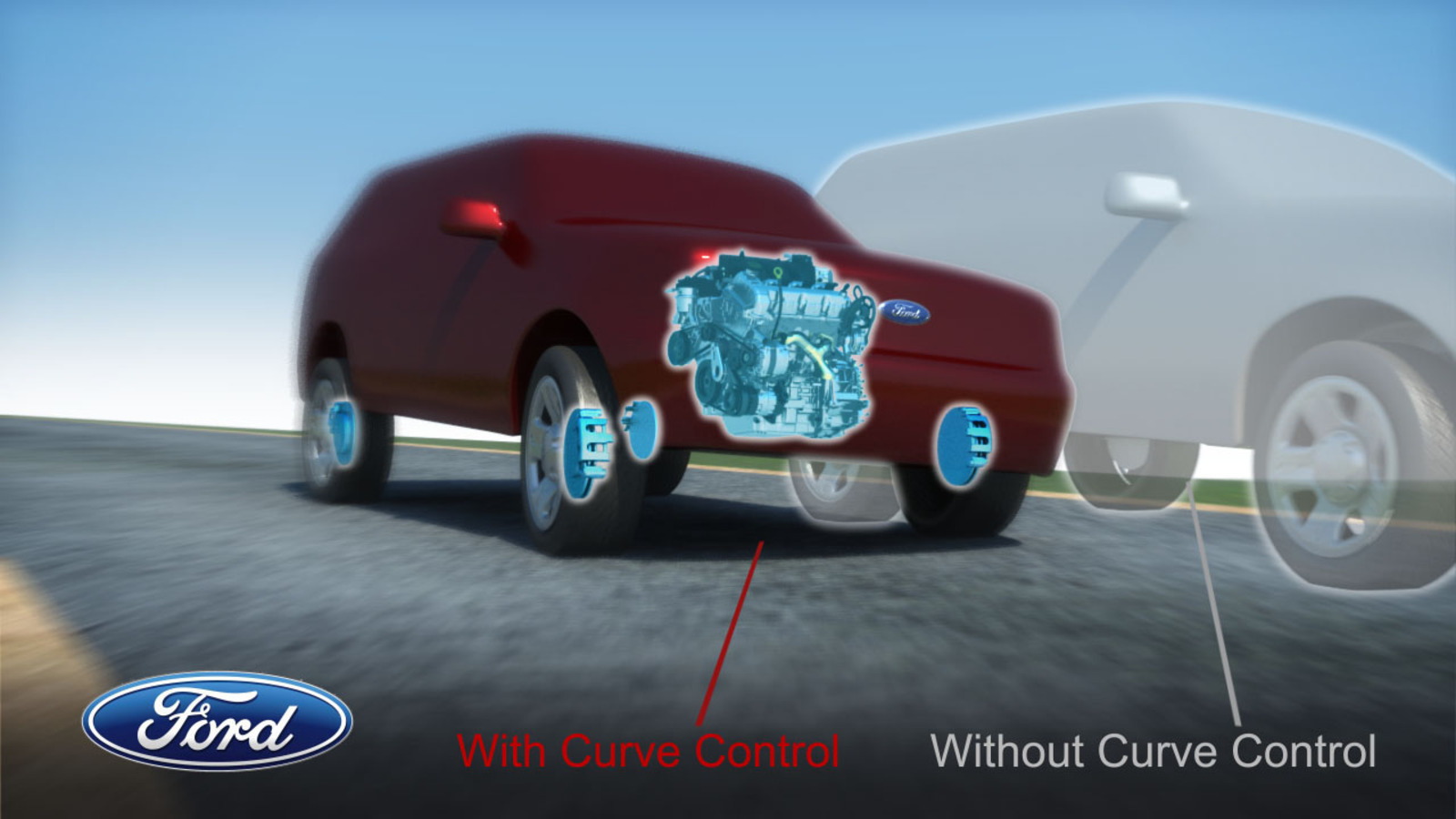 Sounding more like something designed to keep waistlines in check than cars on the road, Ford today announced its Curve Control system, a high-tech subset of stability control that's meant to prevent accidents specifically when the driver enters a turn too fast.

Ford says taking turns too quickly can be blamed for as many as 50,000 crashes in the U.S. each year. That's a lot of bent metal, and it wants to put an end to it. How? By outsmarting the driver. Ford expects the system to be of special benefit on freeway on-ramps and off-ramps.

The Curve Control technology uses four-wheel "smart braking" and cutting engine torque to reduce vehicle speed by up to 10 mph in just one second, helping to reduce the overspeed problem and keep the car on the intended path. Ford says the system works on wet or dry pavement, measuring the driver's input versus the vehicle's actual rate of rotation. If the car isn't turning as much as the driver is wanting it to, it steps in to save the day.

While we wouldn't want such interference in a sports coupe or sedan, we're glad to see the average driver get some support in this area, as close-calls with large vehicles on multi-lane offramps are no fun when you're staring at a 6,000-pound wall of steel from the cockpit of a tiny sports car.

Ford plans to roll the system out to 90 percent of its crossover, SUV, truck, and van lineup by 2015. It will first debut on the 2011 Explorer, where it will be a standard feature.