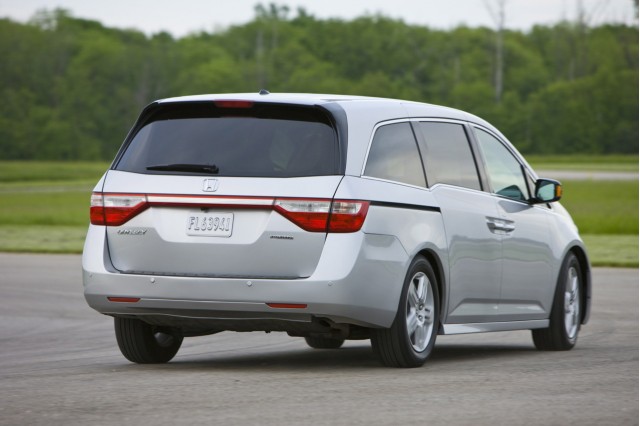 Dorky or not, the minivan is good at what it was designed to do. In the most basic sense, it moves families [read: kids and stuff]. It is easy to load (kids and cargo), it has lots of space, rides comfortably on the road, and is usually fairly economical. Not to mention, people have found plenty of other unconventional uses for the humble minivan, which further proves its versatile nature. The minivans of today and tomorrow offer something more than just the necessities. They are changing the image of the stereotypical soccer mom ride.

When did it become so uncool do drive a minivan anyway? Where they ever cool? Better yet, was anything in the ‘80s cool? Well, I guess that’s a matter of taste. I’m a product of the ‘80s, so it couldn’t have been that bad. The minivan’s beginning came at a time when automotive styling and performance had fallen victim to economical interests. It certainly didn’t have much of a chance at appealing to enthusiasts. It has always been a big hit with families though. It takes the best of the cargo van and station wagon and puts them together in a user-friendly package. It’s practical, plain, and usually, slow.

Maybe it’s not so hard to see why it’s got no chance at being on most peoples’ dream car lists. That may be changing, to a certain degree, as manufacturers design and market the minivan to be much more interesting and fun.

There’s a good chance you’ve caught at least part of Toyota’s ad campaign for its new Sienna. The young parents show that a minivan driving family can be hip, cool, and fun. I’m almost convinced that I could buy one and not get made fun of. They tell us a minivan can have a personality, and gadgets, and luxurious comfort. I spent a few minutes lounging in a well-equipped Sienna at a recent car show. It’s absolutely a place I would like to be on a long road trip.

Even external styling is becoming more aggressive. Honda has recently announced the refreshed Odyssey. I must admit, it’s not bad for a minivan. From certain angles, it almost looks ready to grace the cover of a tuner magazine. Dodge, no stranger to minivan design, has updated its Caravan with the signature aggressive Dodge appearance. They don’t look… wimpy anymore.

The minivan has proven itself to be a good seller, or it wouldn’t have lasted this long. Strong efforts are being made to increase its sex appeal, and they’re working, if you ask me. Does this mean I plan to drive one home anytime soon? I’d hate to jinx myself by saying “never”, but it’s highly unlikely that you’ll find one parked in our driveway in the foreseeable future. All I’m saying is, they don’t seem quite so boring anymore.

What do you think? Are minivans as lame as they ever were, or are you struggling to suppress and newly discovered fascination with the bread-and-butter people mover?