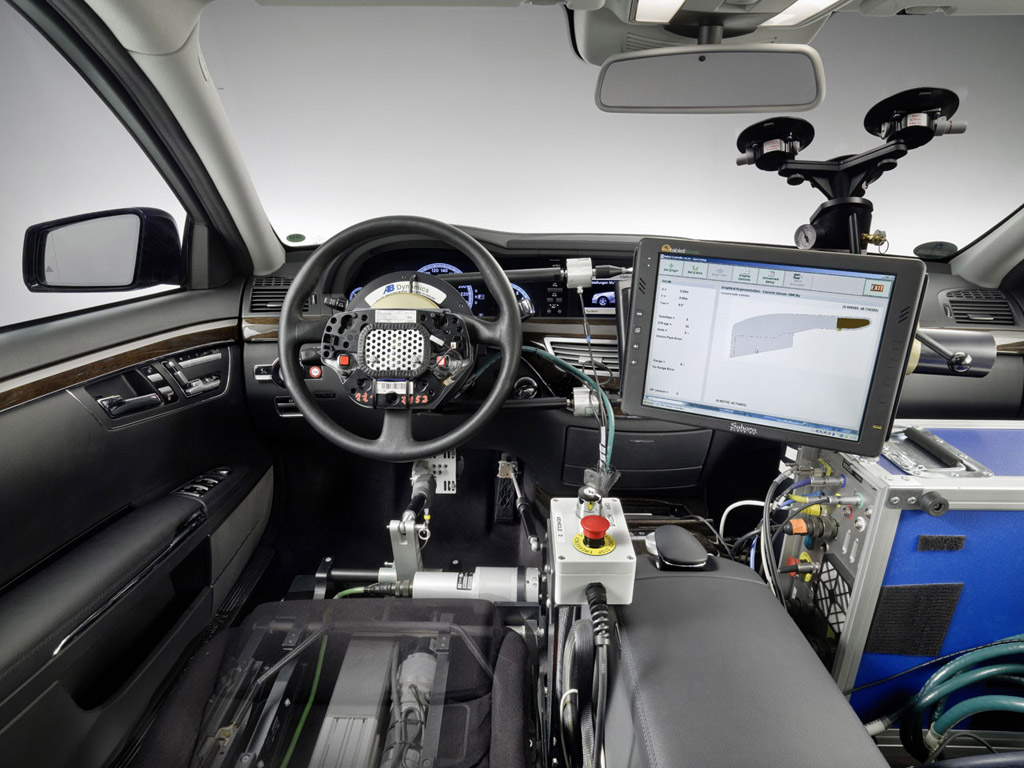 Recent developments in autonomous vehicle operation have been focused on crash avoidance, driver safety, and maneuverability. Robot-controlled vehicles are just plain fun to show off too. Mercedes-Benz has released its plans to give these driving machines a less glamorous role on upcoming vehicles within their proving grounds.

In order for modern production vehicles to be deemed safe for the roads, they must go through months of abuse, simulating years of driving in a variety of conditions. This usually involves hours of high speed laps around an oval track, or multiple trips through extremely harsh terrain. This will take its toll, not only on the vehicles' components, but the test drivers' bodies as well. In some cases, a human driver could be at risk of harm or injury during tests of safety features or risky maneuvers.

Mercedes-Benz aims to take that risk out of the equation, while improving precision and repeatability of the tests it performs. This will ideally result in better data, and improved reliability of the final product. Similar to existing autonomous vehicles, robotic components will be used to operate the throttle, brakes, and steering. Computer controlled, mechanical actuators offer a high-tech, precision replacement for the human touch.

Test vehicles fitted with "Automated driving" equipment will navigate predetermined patterns that require precision timing, consistent speed control, and repeatable steering and braking. The more test data engineers can collect, the more they can predict a vehicle's behavior in real-world conditions. By removing variables such as human reflexes and reaction timing, they can repeat tests many times with pinpoint accuracy. This consistency will provide them with a new level of confidence in conclusions drawn from the test data.

In order to design components and systems with a safety factor, manufacturers will test vehicles in conditions beyond what they will endure during recommended use. Putting the vehicle under more stress than normal would expose the driver to unsafe conditions. Crash test dummies are an example of one solution. By giving the test car the ability to operate autonomously, engineers expand the limits of test scenarios.

Nice, but can it do a reverse powerslide? In all seriousness, I see durability and safety testing as one of the best uses for autonomous driving technology right now. Prototype vehicles being driven in harsh conditions can lead to any number of unsafe outcomes. Removing the driver from potential harm, while improving the reliability of test data is a win-win strategy. Some aspects of this technology will eventually make their way into consumer vehicles, and some already have. For now, proving grounds are the best place to develop and improve their reliability.