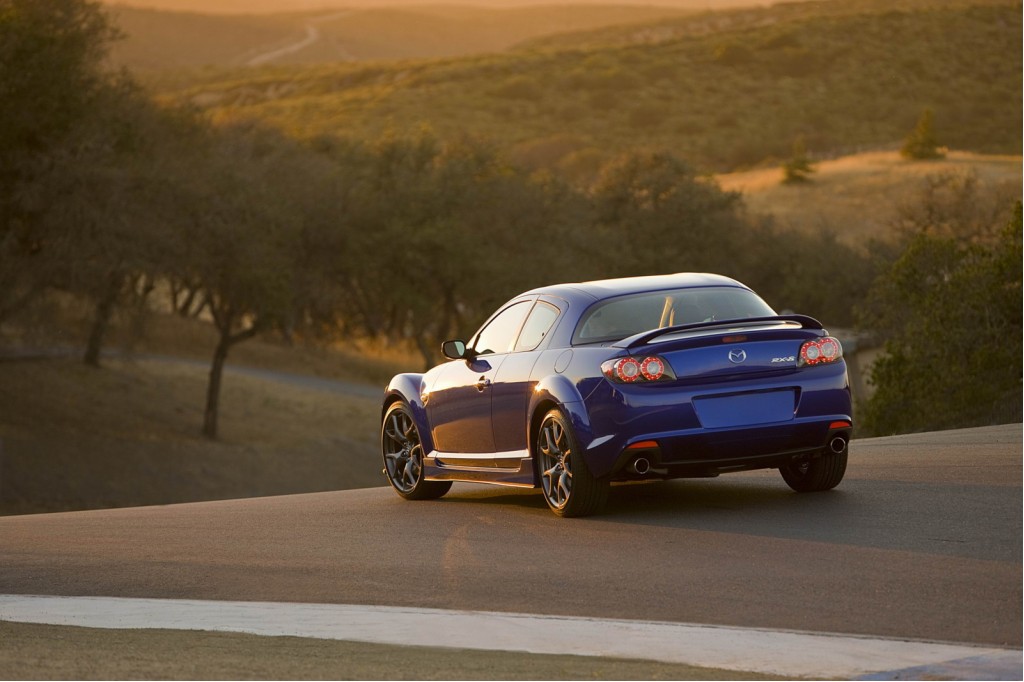 We've been reporting for years now on the possibility of a revived RX-7, and it looks like Mazda may be moving one step closer to that goal with reports today that the RX-8 is due to cease U.S. sales after 2011. There will be a gap in the rotary world of at least two years, however, as the RX-7 (or whatever it will be called) isn't expected until at least 2013.

You still have a year to grab the fantastically-balanced if a bit inefficient four-seater before it goes to the big track in the sky, but with sales volumes not yet above the 500 mark in 2010, there may not be many leaping at the opportunity. It is, after all, an aging design and despite its truly graceful handling, it's a bit underpowered by today's standards, especially below 7,000 rpm.

The high-winding Wankel 1.3-liter is due to be replaced by a new RX-7, likely meaning a two-seat coupe instead of the RX-8's semi-four-door, four-seat layout. The engine in the new RX-7 is conversely expected to grow in size to 1.6-liters, to better help low-end power and torque while delivering even more top-end.

One challenge that's going to be tough to meet, however, will be the ever-tighter emissions controls being instated in Europe and the U.S.--rotaries, while efficient at generating power from very small displacements, typically burn lots of fuel and oil in comparison to conventional reciprocating engines, which in turn means relatively high emissions.

We'll hold out for the official word on the death of the RX-8 before we pronounce it final, but it's a natural progression for the car and for Mazda, so we won't be surprised when it comes. For more on the future RX-7 revival, check out our preview here.