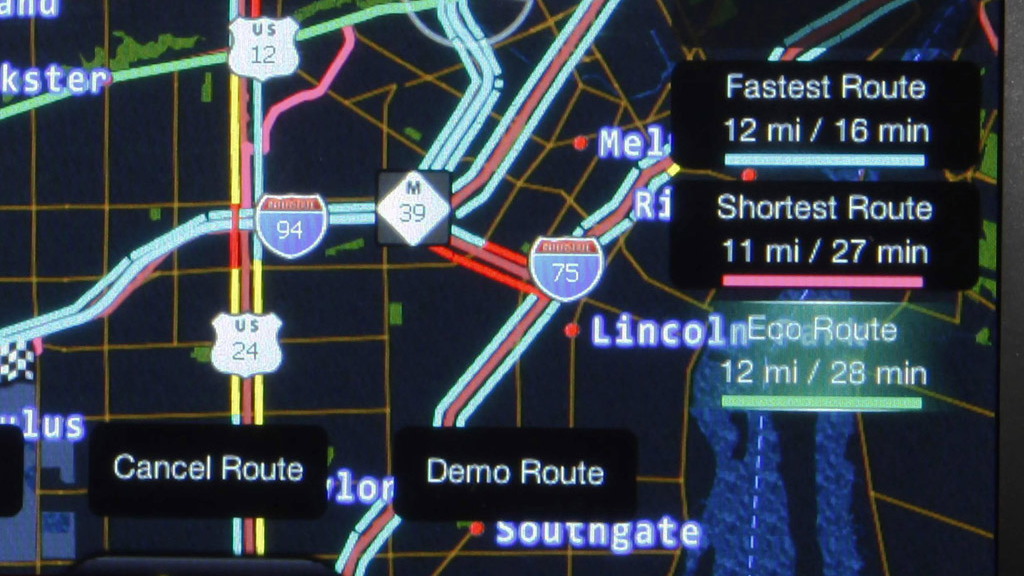 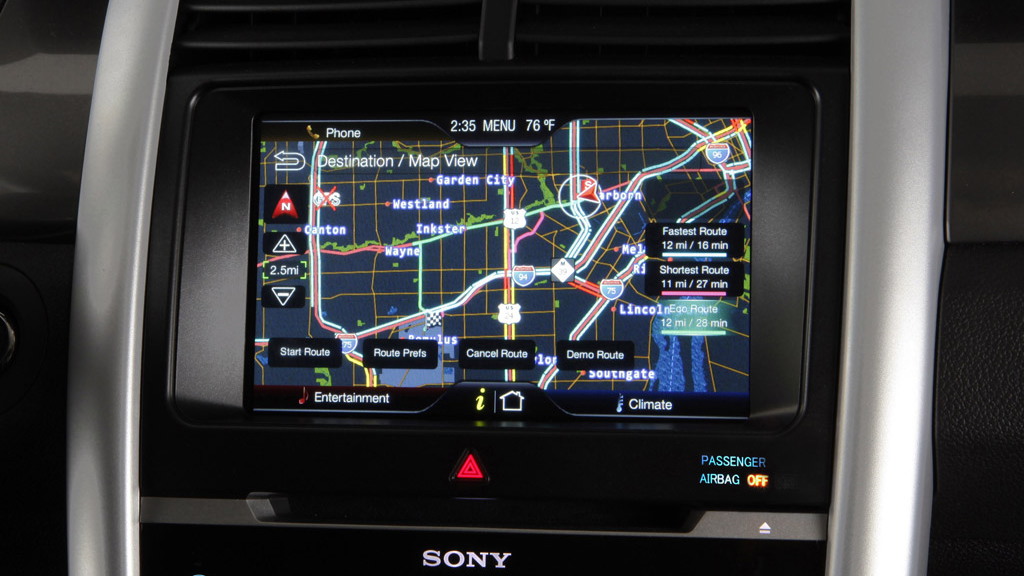 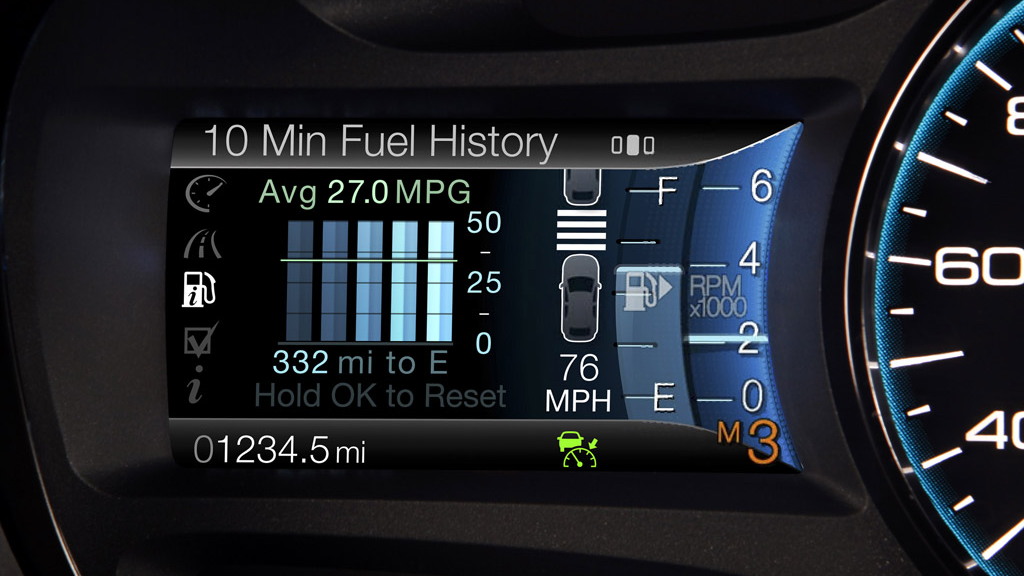 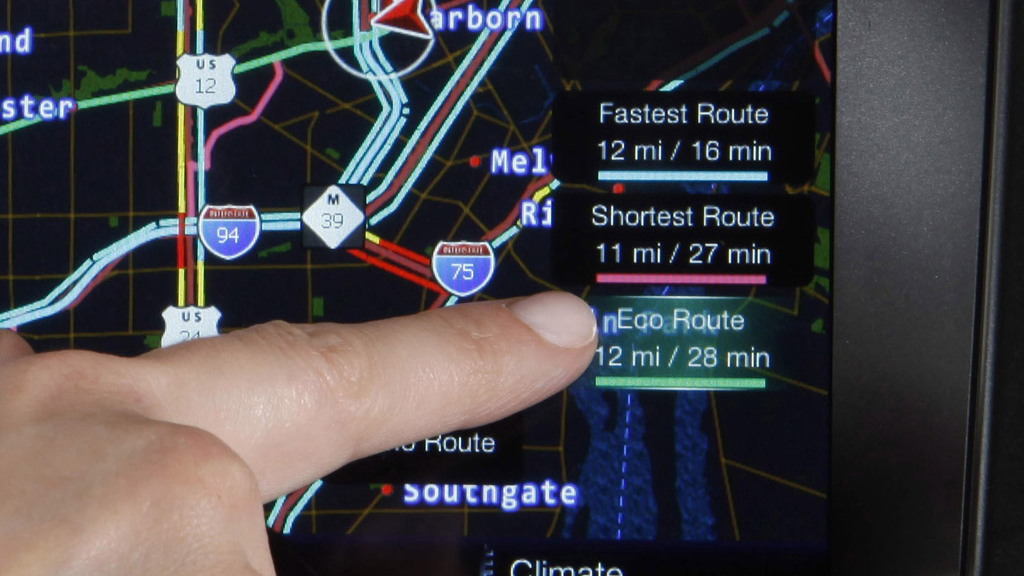 When it comes to achieving the best possible fuel mileage the way you drive can be nearly as important as the vehicle you drive. That’s why Ford has developed a new feature for its MyFord and MyLincoln vehicle interface systems that offers an array of real-time information on fuel economy performance that can coach drivers to get more miles to the gallon and save on fuel costs.

Dubbed MyFord Touch Eco-Route, the new system works with the map-based navigation and builds on the fuel efficiency “coaching” concept Ford introduced with its SmartGauge EcoGuide display. If you don’t recall, the SmartGauge EcoGuide provides real-time fuel economy data and promotes fuel-efficient driving by showing a graphic of growing leaves and flowers.

With MyFord Touch, when a driver provides a destination to the navigation, the system accesses historical and real-time traffic data as well as posted speed information to calculate three navigation options: Fastest, Shortest and Eco-Route.

Eco-Route is not necessarily the fastest or shortest route but is the most fuel efficient. Typically, it charts a course that avoids congested freeways while maximizing the use of major roads where the driver can maintain an efficient rate of speed. Initial testing of MyFord Touch has shown fuel consumption improvements of around 15 percent.

In addition to its Eco-Route feature, MyFord Touch enables drivers to monitor and track their vehicle’s real-time fuel economy performance and mile-per-gallon averages for the past five, 10 and 30 minutes in the form of a bar chart next to the fuel gauge on the display. Drivers can customize the amount of information provided to meet their needs and hone their eco-driving skills over time.