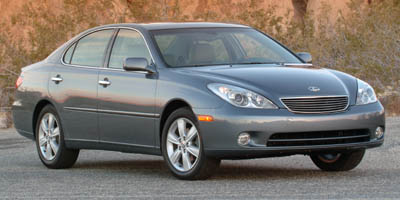 There is a lot of news coming out of Washington today with the first of what is to be many hearings on Toyota’s handling of the recall situation in more than 8 million of their vehicles. The head of Toyota, Akio Toyoda, went before the U.S. House Committee today and apologized for the recall situation that the company has found itself in and the harm it has caused to their consumers. Toyoda attributes the problems with current Toyota products to the “pursued growth over the speed at which we were able to develop our people and our organization, and we should sincerely be mindful of that."

What started as a good start and a sincere statement from Toyoda seems to be further tarnished with the testimony that followed by Dr. David Gilbert and Rhonda Smith. Gilbert, an associated professor of automotive technology at Southern Illinois University, testified today that his preliminary findings “have shown there is a large amount of leniency in the programming of fail-safe strategies that will allow certain abnormalities to occur." Gilbert claims that he was able to discover these abnormalities, using equipment that he had on hand, in about three and a half hours.

This testimony came directly after testimony from Rhonda Smith, a retired social worker, who gave what is being called a “harrowing” account of her Lexus ES 350 speeding down the highway out of control at 100 mph. She claims that she not only put both feet on the brakes, but tried to fix the situation by throwing the car into Reverse, as well as, other things to try and stop the out of control vehicle. Just to be clear, she also attempted to put the car in neutral and turn off the engine.

Sean Kane, the president and founder of Safety Research & Strategies had this to say about the Toyota recall situation: “We've concluded that neither Toyota nor NHTSA has identified all the causes of sudden unintended acceleration in Toyota and Lexus models. That concerns us greatly."

The above is a direct contradiction to a prepared statement from James E. Lentz, president of Toyota Motor Sales, U.S.A., which said "We are confident that no problems exist with the electronic throttle control system."

Kane says nearly half of the 2,600 document complaints fall outside the parameters of any of the current recalls. This raises serious concerns from the media and consumers alike as to how sincere the company really is to fixing the current situations.

Stay tuned to CollegeCarGuide.com for more information on the Toyota hearings and news.