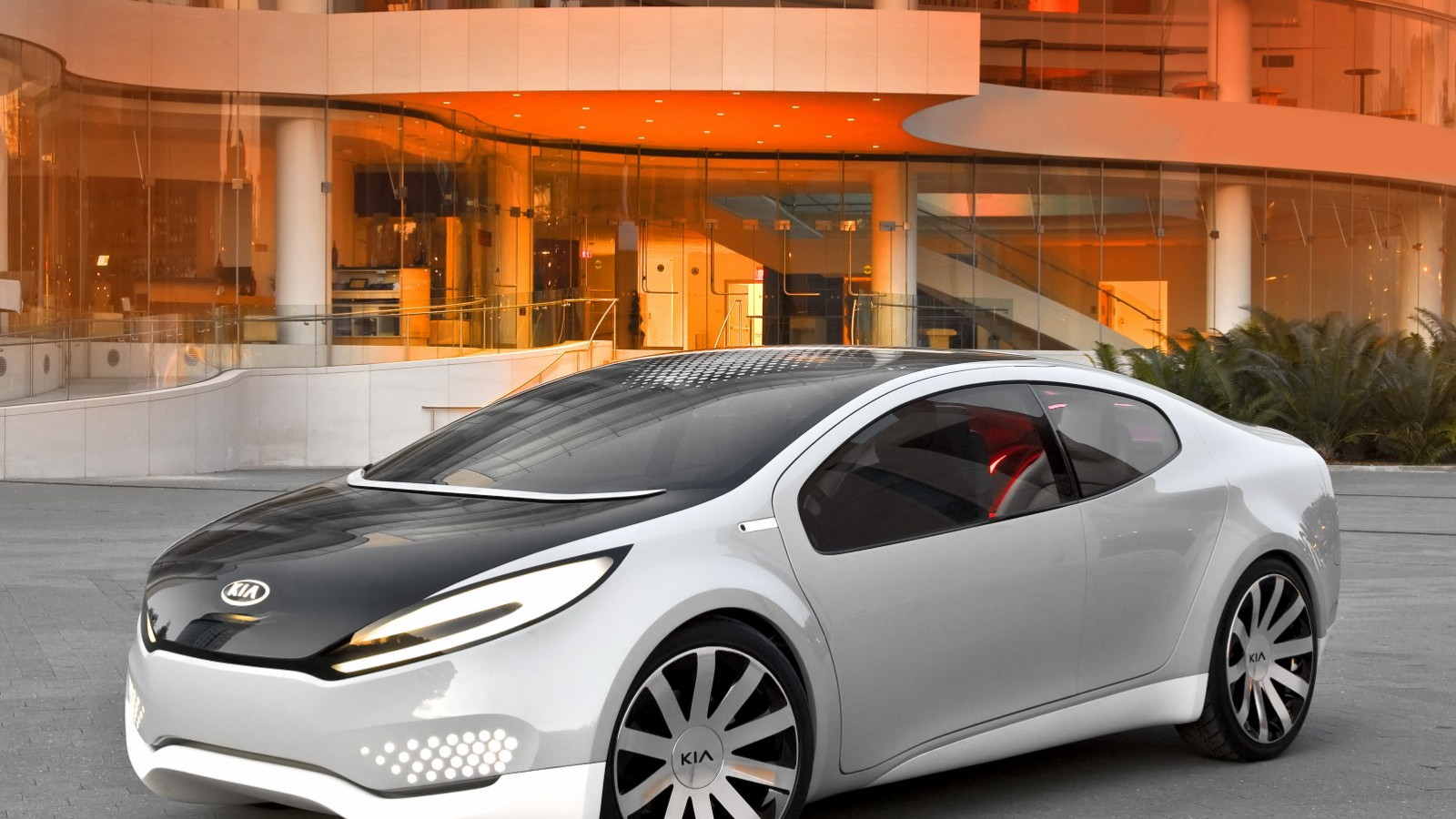 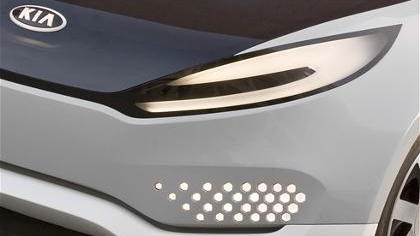 Driving distance of up to 50 miles on pure electricity is possible, according to Kia, while the gasoline-powered range-extender allows it to travel up to 746 miles before recharging or refueling. The hybrid powertrain uses an all-aluminum 153-horsepower gasoline direct-injection (GDI) 1.4-liter engine paired with a continuously variable transmission (CVT) that teams with a 78-kilowatt electric motor. The system can operate in electric-only, gasoline-only and simultaneous propulsion modes. Power is sent exclusively to the front wheels. Rolling resistance is cut through the use of narrow 195/50 20-inch tires and wheels.

The car's exterior design itself and an array of high-tech subsystems, including a roof-mounted solar cell array that powers climate control and extra lighting systems, lighten the load on the battery pack by reducing the energy necessary to move through the air and power its equipment. Designed by Kia's Irvine-based Design Center America, the Ray is an attempt to imagine what people will want from a car when being green is desired, but it's not so important to be an obvious design statement.

Instead, the Ray attempts to make a car that's attractive in a conventional sense, rather than a "look at my green car" sense. Rounded and flowing shapes dominate, with sharp edges minimized and an aerodynamic tail section that draws inspiration from aircraft. The headlights slide back to create air intake inlets when the gasoline engine is in use, and remain shut for superior aerodynamics when in electric-only mode. A sliding U-shaped deck lid even extends out the rear of the vehicle at higher speeds to further reduce drag. In a high-tech but not production likely bid to cut drag even more, Kia has replaced the side view mirrors and door handles with cameras that relay the view into the cockpit and allow the doors to be opened.

Inside, the Ray focuses on a light and airy feeling, with sustainable materials used throughout, including wool felt flooring. Even the appliances inside are green--the GreenEdge stereo system by Infinity Audio uses speakers that cut power consumption by being more efficient at converting electricity into sound instead of heat and tuning the sound to the shape of the cabin. A low-power amplifier is also used, cutting energy use by 50 percent compared to a similar standard system.

Though it's still a concept only, touch-screen controls and drive-by-wire steering are specified, along with the "cool glazing" solar glass roof and a lithium-polymer battery.