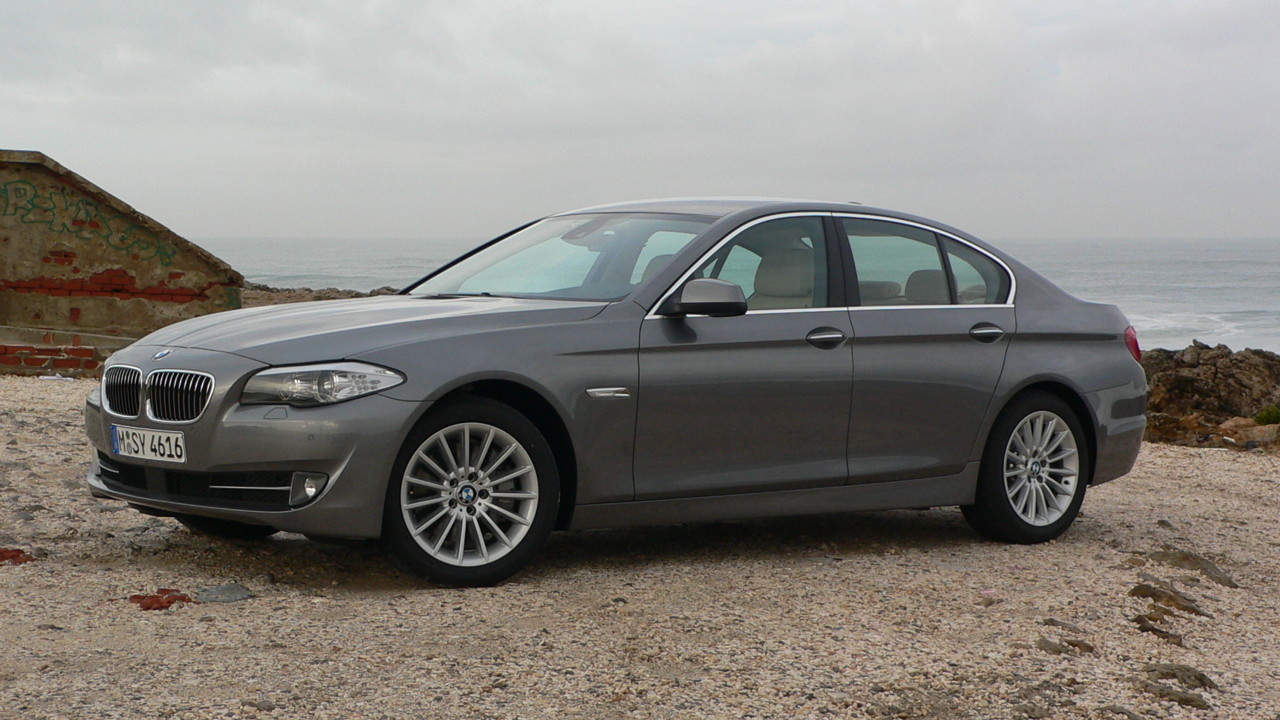 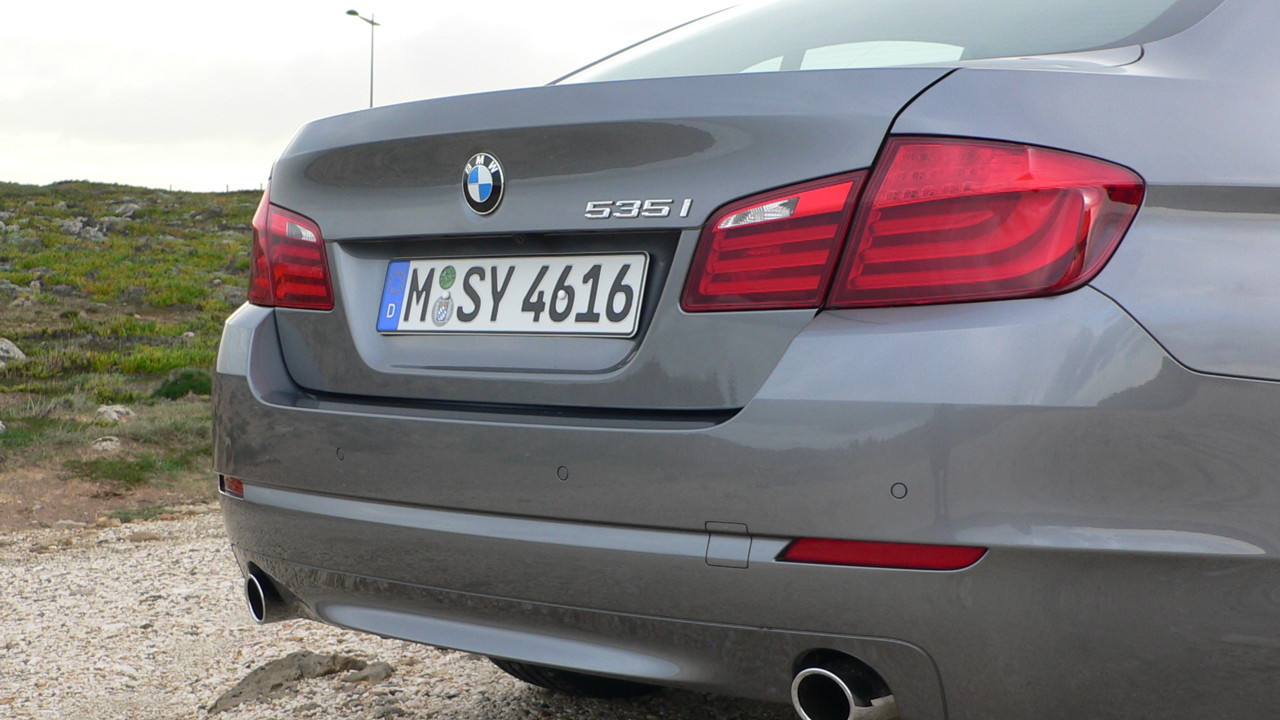 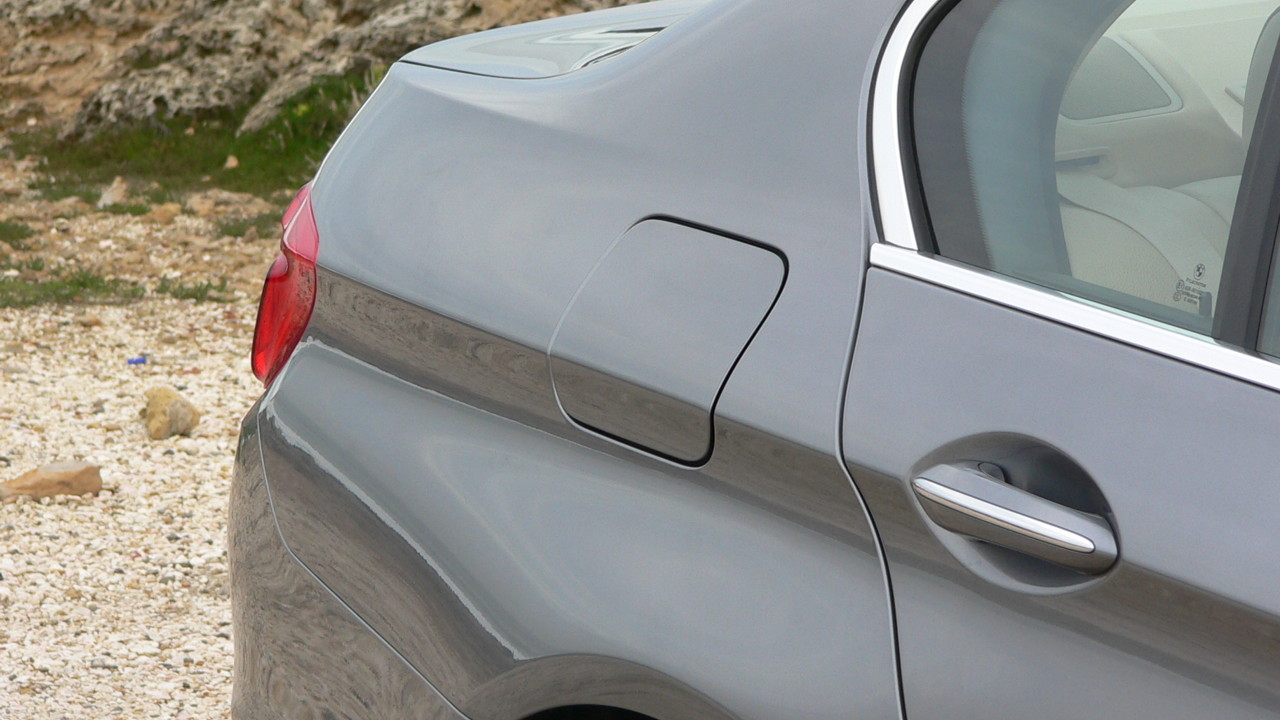 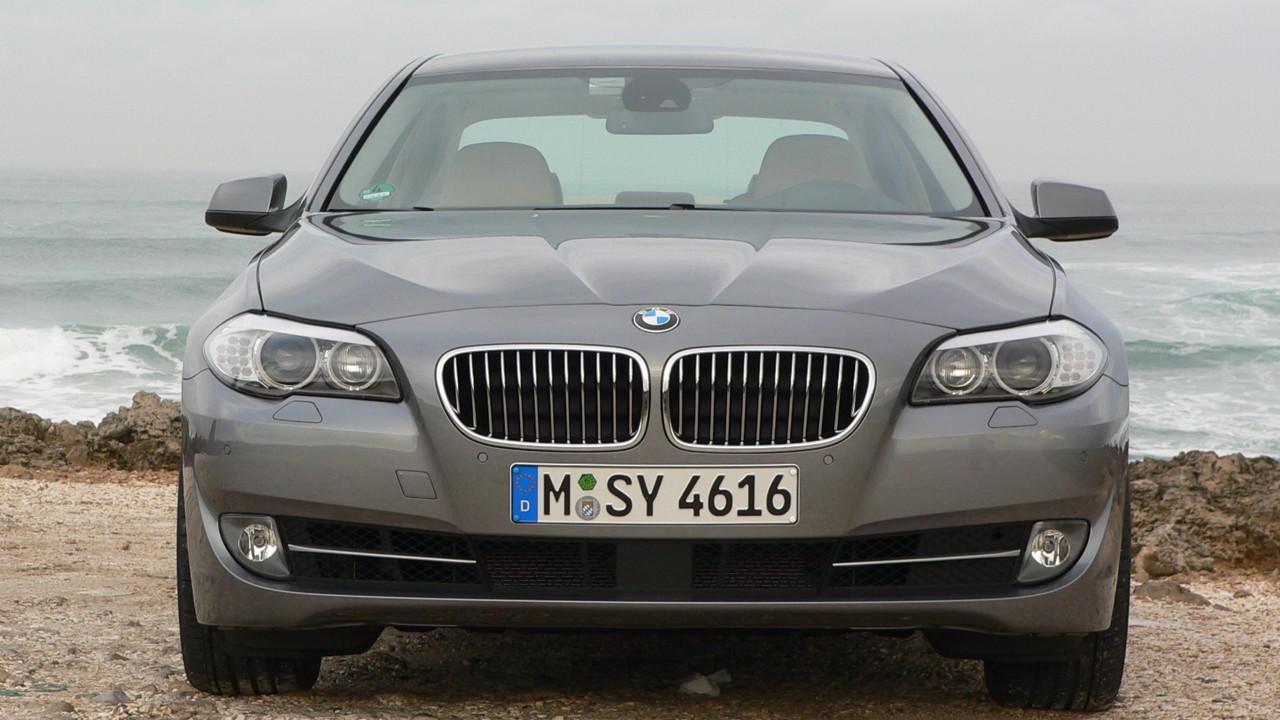 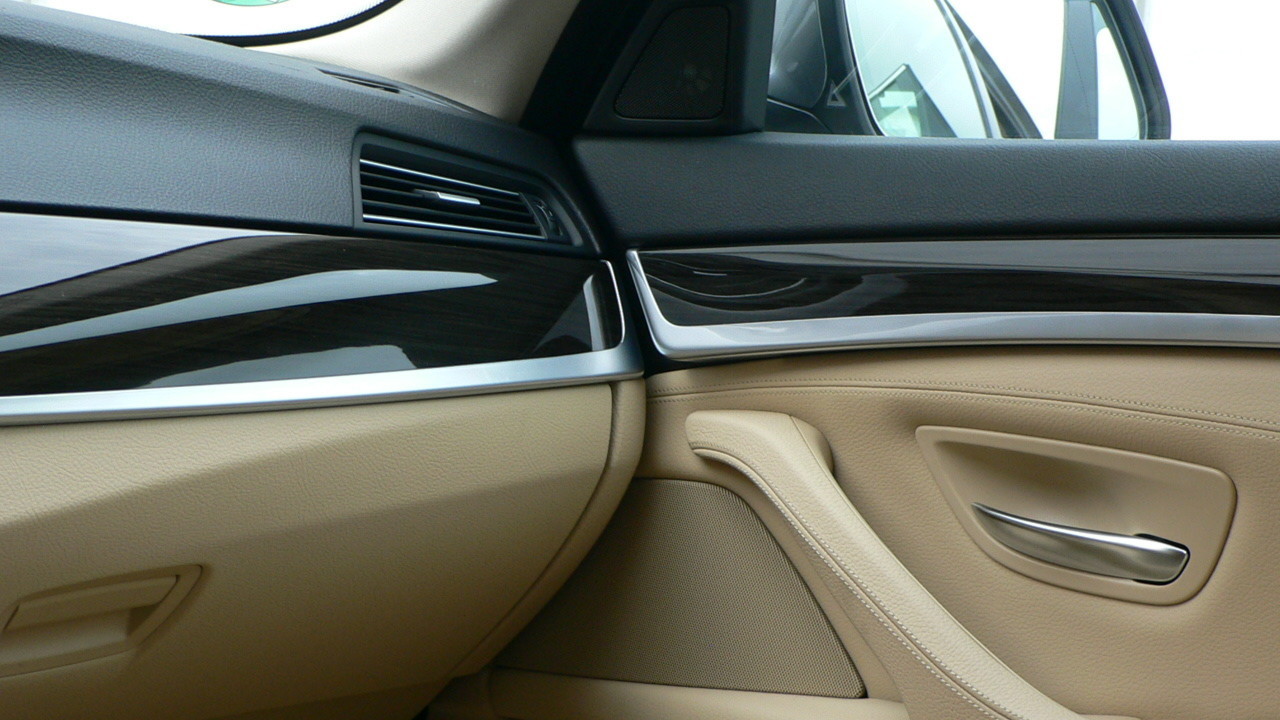 Not all of us are lucky enough to spend the day at the famed Estoril circuit driving yet-unreleased luxury sport sedans at the limit of adhesion, but some of us certainly are. In fact, our own Bengt Halvorson spent his day doing exactly that--at the wheel of the 2011 BMW 5-Series.

His full write-up on his time on the Lisbon roads in the 2011 Funfer is over at TheCarConnection, but we've got a condensed view of his time turning laps and feeling out the idiosyncrasies of the new car right here at MotorAuthority.

The famed Autodromo do Estoril circuit bears a storied history in motorsport, including a 12-year stint as the home of the F1 Portuguese Grand Prix from 1984-1996. But today it was populated by the 2011 BMW 5-Series,  being driven to the ragged edge--or as near as mere mortal journalists can get.

So what is the take on the new 5-Series? Compared to the last generation of the car, it's a welcome return to driver-focused behavior behind the wheel, giving up some of the isolation and coddling for a bit more visceral pleasure. After all, this isn't a Lexus.

That's not to say that it doesn't have the typical BMW tech-attack of toys to help circulate the track at speed. Dynamic Damping Control and Active Roll Stabilization combine to help deliver a firmer ride and less body roll when driving the car hard while still allowing it to be a suitable family shuttle around town. Driving Dynamics Control features four settings: comfort, normal, sport and sport+; these tie together the car's other systems to change the car from soft to razor-sharp at the flick of a button.

While there's no true mechanical limited-slip differential on the rear axle--gasp!--BMW does use the stability control program to simulate one, helping to control oversteer at corner exit or under straight-line power.

It's not all rainbows and sunshine with the high-tech assault, however. Electronic power steering is now standard on the 2011 5-Series, stripping away one of the few remaining vestiges of direct contact with the road. Halvorson says not to worry, however: it's a finely-tuned system and still capable of communicating feel to the driver. In fact, there's "none of the disconnected, ‘digital’ feel that’s present in some other electric power steering systems," he says.

Under the hood of the 535i lies BMW's new N55 3.0-liter straight-six turbo engine, and though it's certainly up to the task of hauling the full-size sedan around, it's not quite as "authoritative" as the V-8 550i, according to our man on the scene. The V-8-powered car, on the other hand, delivers the goods with a 4.4-liter, twin-turbo monster that's good for 400 horsepower and five-second 0-60 mph runs. It sounds like it goes, too.

BMW's new eight-speed automatic swapped the cogs around the curves of Estoril with ease, though despite claimed improvements in smoothness and shift times, Halvorson noticed some torque converter hesitation when getting back on the throttle lightly, which can be an annoying trait when trying to get the most out of a corner exit, whether on the circuit or out on the back roads.

And that's about it for the circuit impressions at Estoril. The exterior design isn't as big a change as some would have liked, and there are some interior space issues that still need work. For the complete, first-hand inside look at the car, check out Bengt's first drive review.