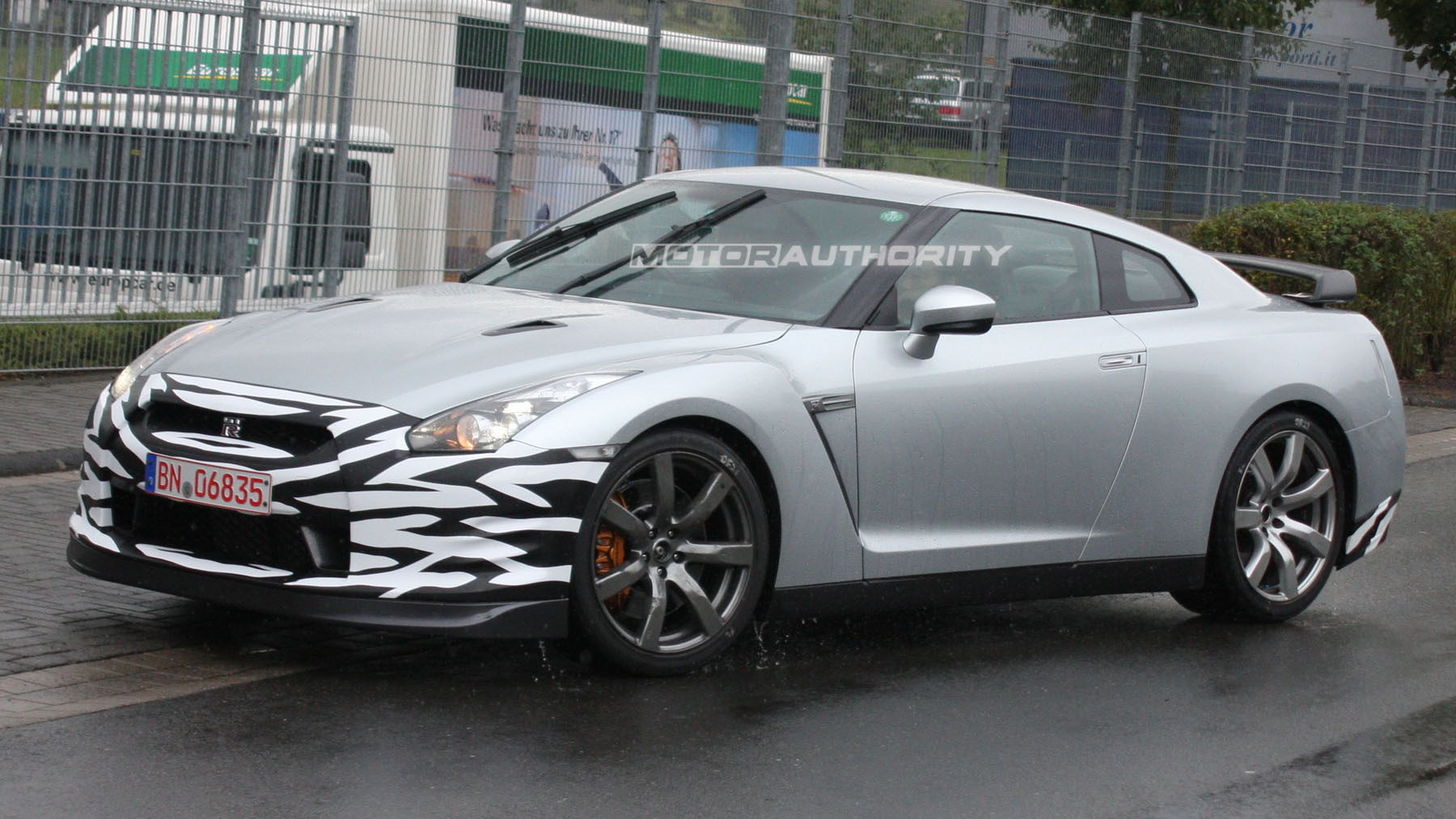 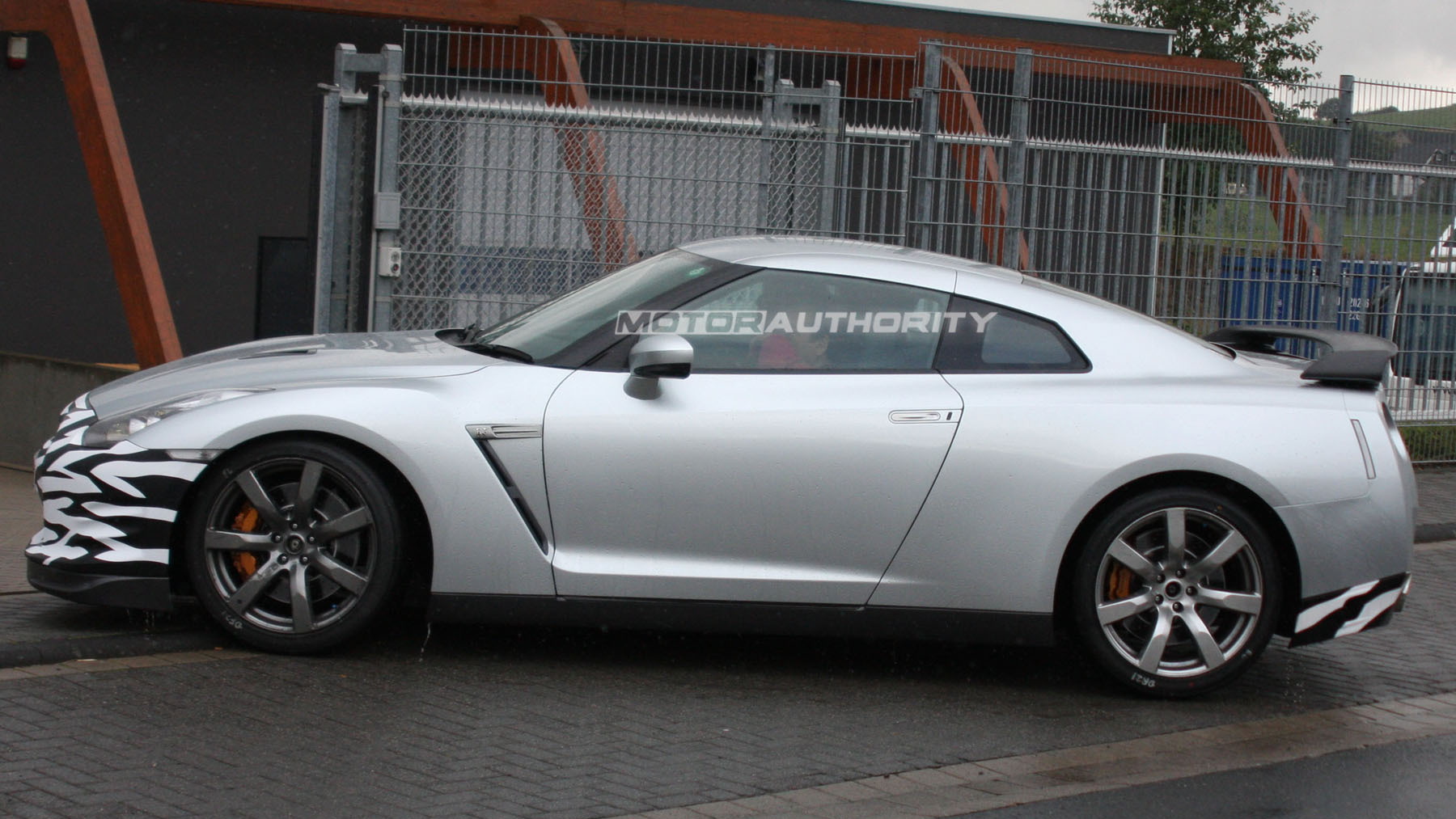 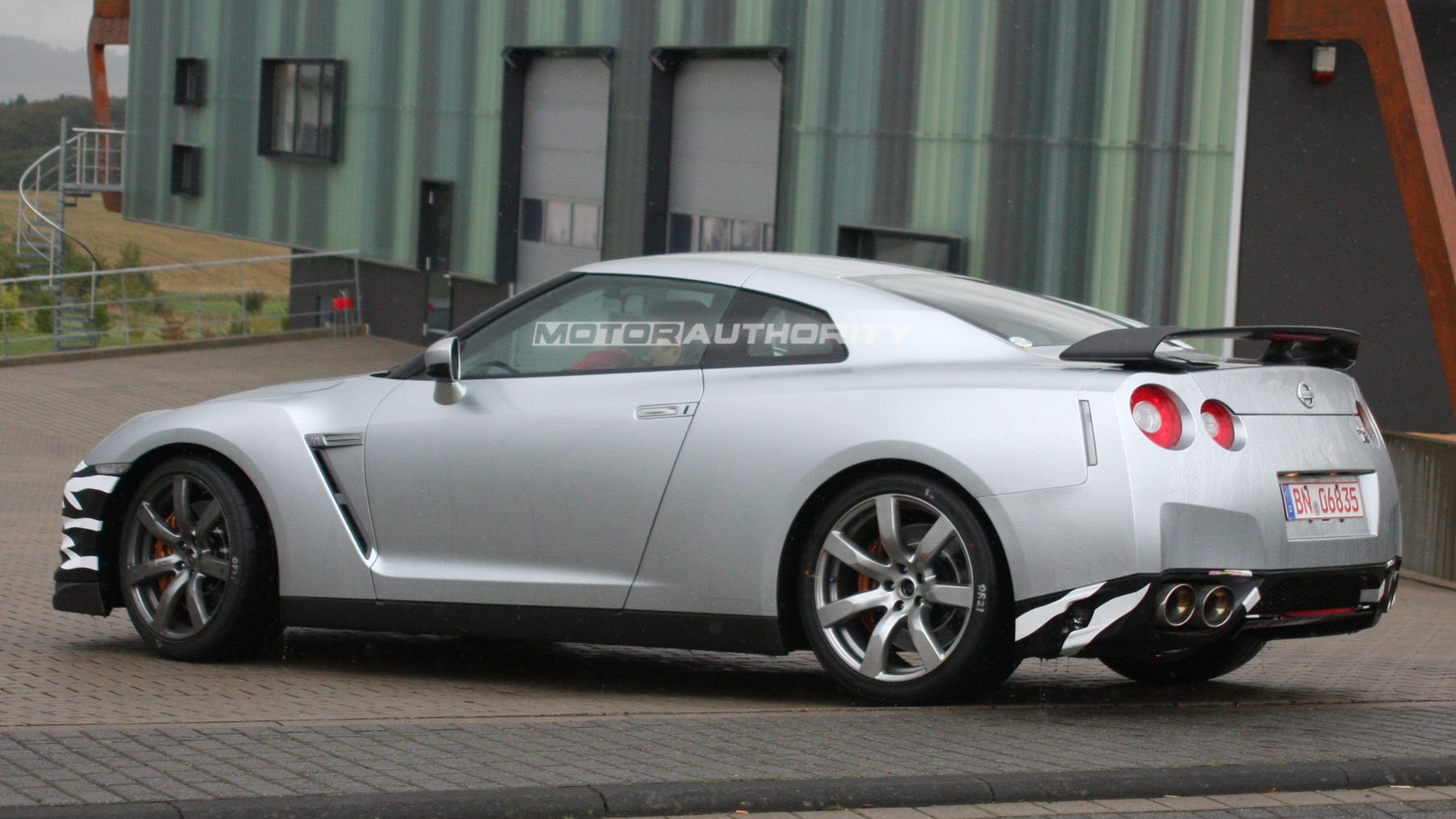 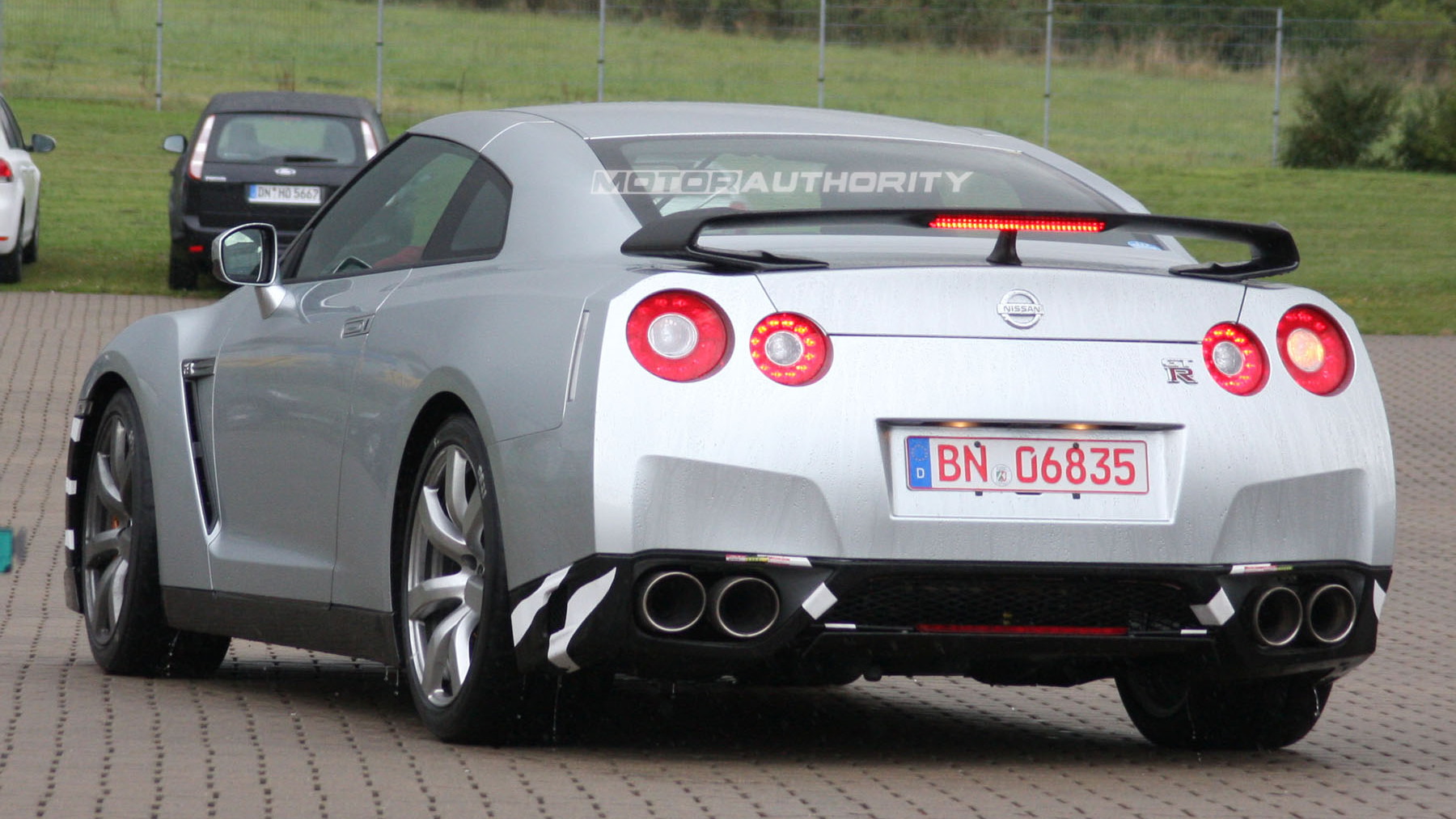 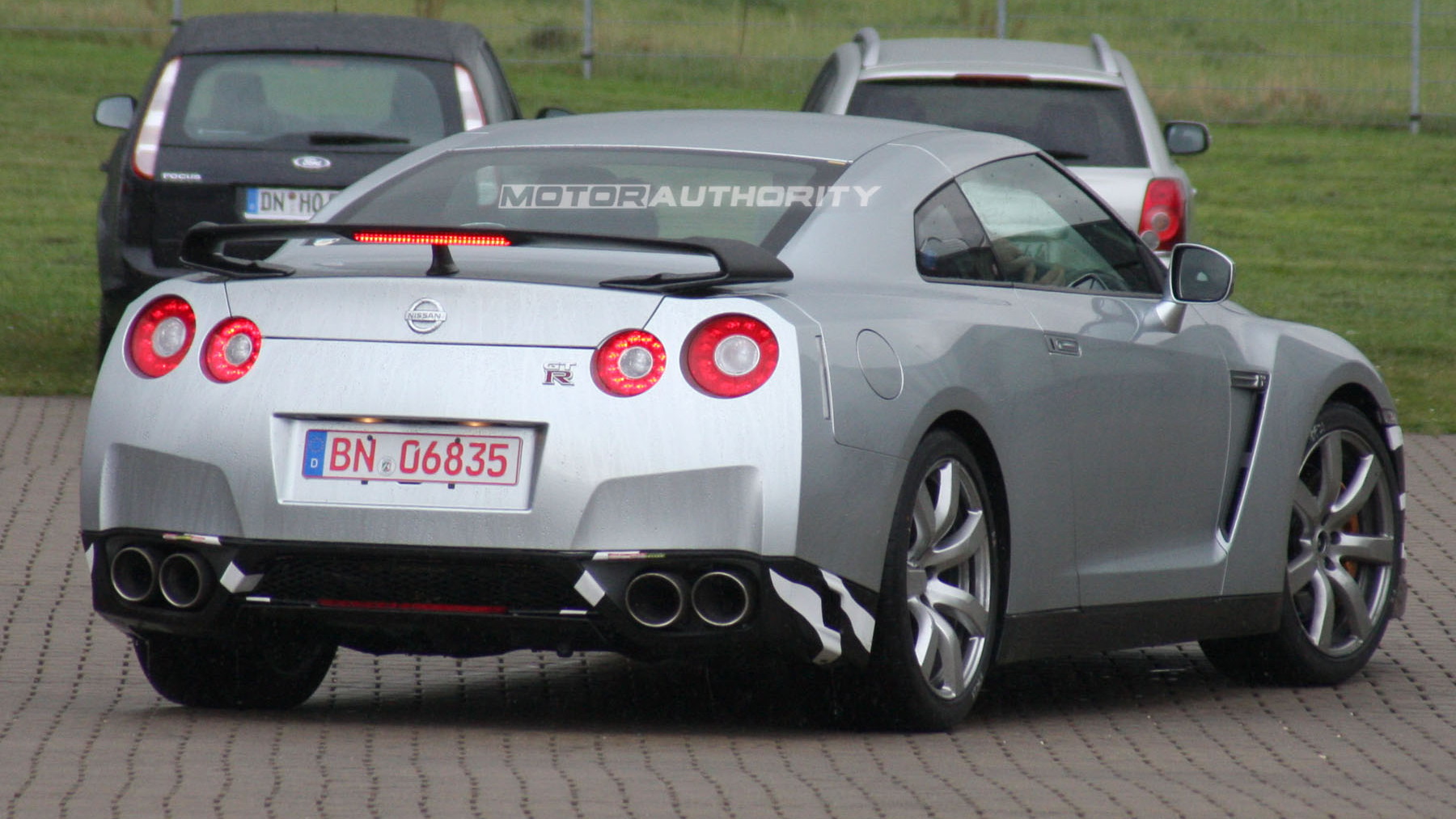 Earlier this year we saw the introduction of the limited-production GT-R SpecV model, a stripped down version of the already extreme Japanese supercar designed for hardcore club racers and performance nuts. As previous GT-R generations have shown, however, Nissan was never going to rest with just one special edition of its halo model. New info revealed today gives us even more info on the luxury-oriented SpecM.

Spied recently testing at the Nurburgring, the SpecM will retain the same core performance package of the GT-R, but with a host of upgraded features--high-end audio, upgraded interior materials and a generally 'bespoke' feel. The only visible changes are likely to be a set of new bumpers, both front and rear. If you look closely at the spy shots, you will notice small vents positioned in the rear bumper near the exhaust tips.

While the SpecV is focused on reducing weight, the SpecM will be focused on increasing comfort. Expect to see a revised suspension package, slightly more biased to a civil city ride, in addition to the upgraded interior with new trim options and colors, as well as unique seats and special items. The SpecM will be all about customization and as such almost every car will be different--something similar to Ferrari’s One-to-One and Lamborghini’s Ad Personam customization programs.

As for the SpecM, the mechanical package should remain unchanged to the standard GT-R’s, which means we can expect an output of 485 horsepower and 434 pound-feet of torque.

The biggest difference, however, between the standard GT-R and new SpecM will be the price. According to a new report, the SpecM will be more expensive than the SpecV, which is already double the price of the standard GT-R in Japan. Expect a pricetag around the ¥18,000,000 mark (approximately $ 201,691)--exotic supercar territory. More details should be forthcoming closer to the car’s expected launch early next year.