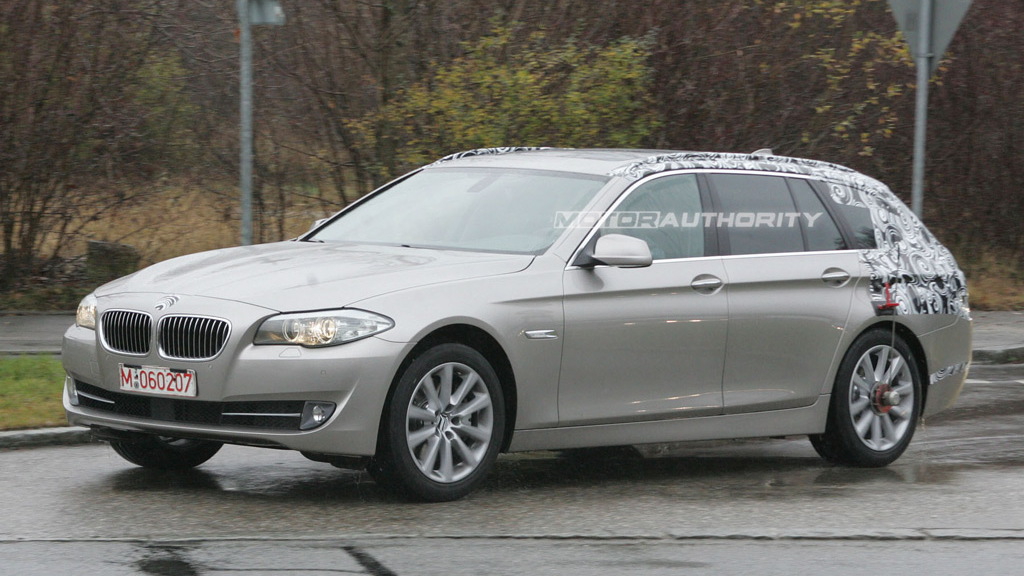 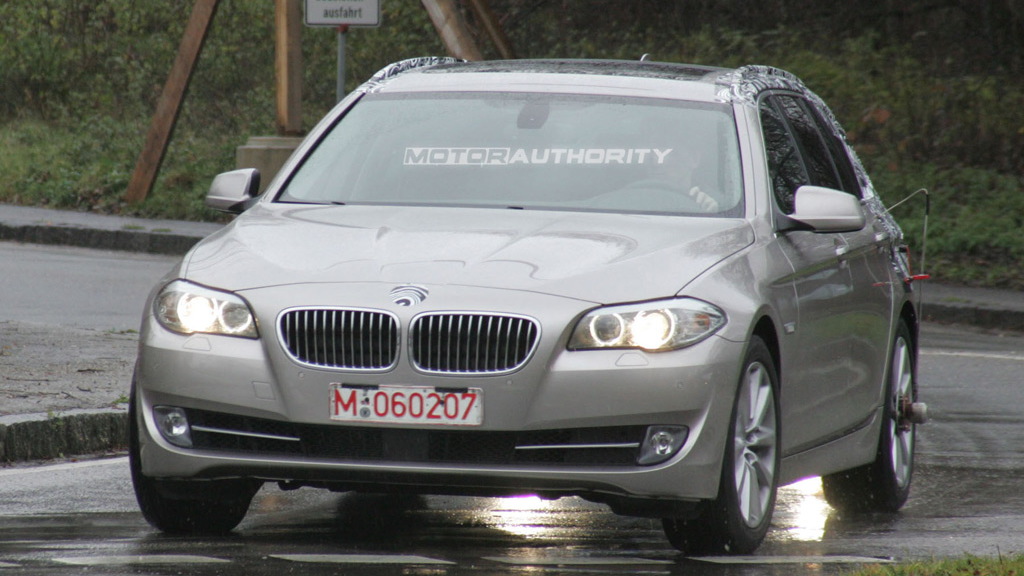 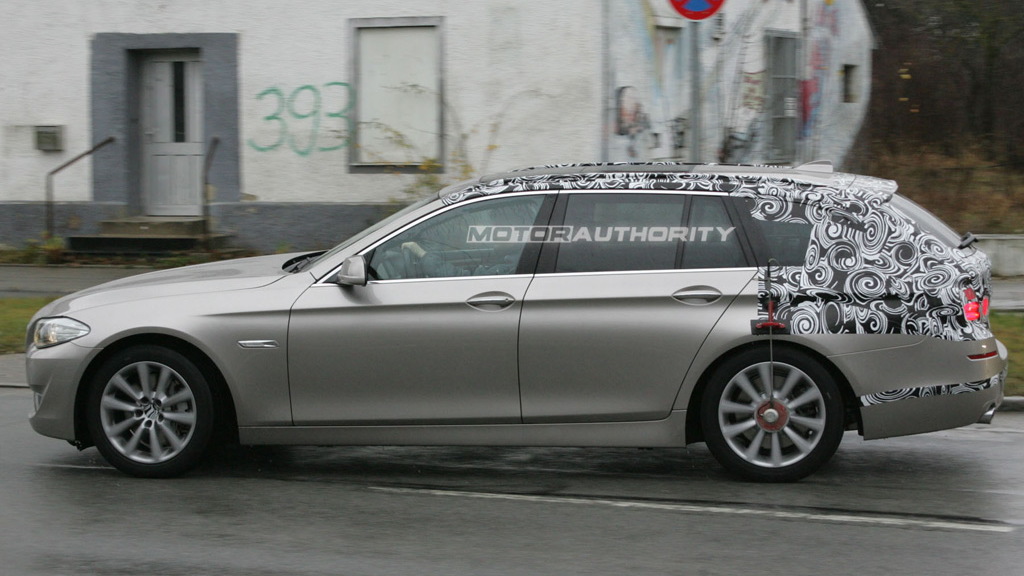 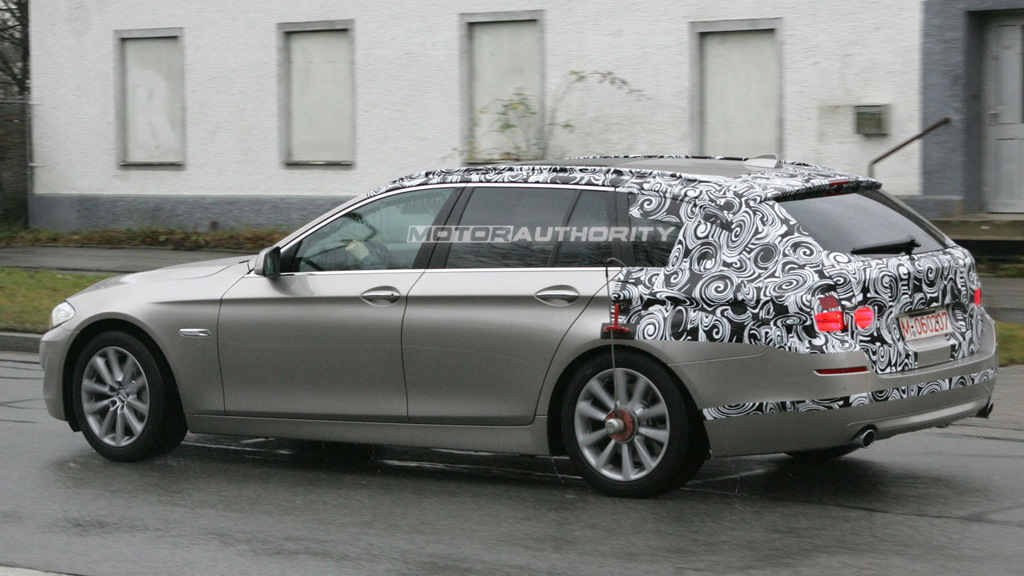 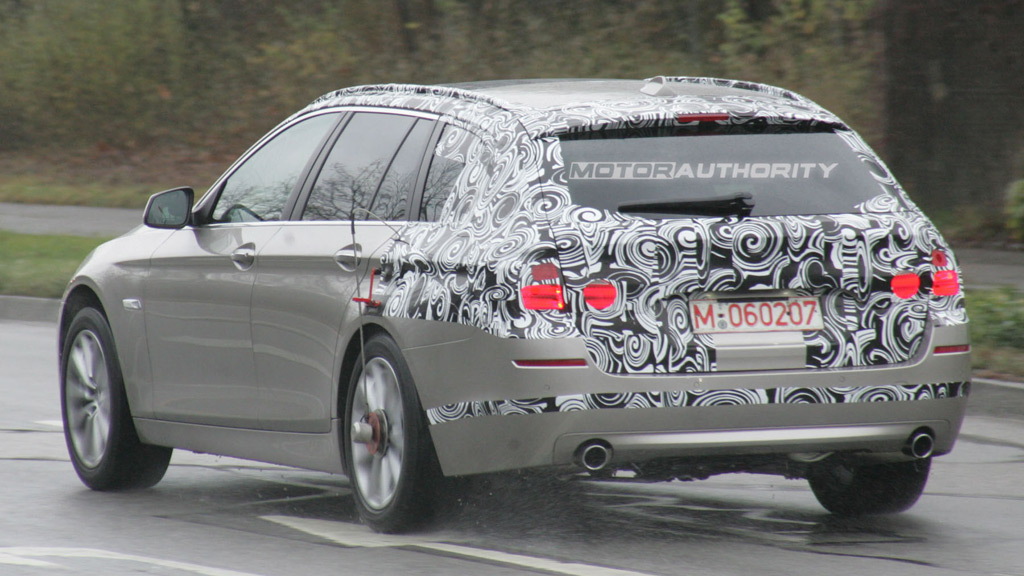 With the 2009 Audi A6 facelift now on sale and the 2010 Mercedes Benz E-Class just arriving in showrooms all around the globe, attention now turns to the next-generation BMW 5-Series. A class leader since its inception, the 5-Series Sedan and Touring wagon remain crucial vehicles in BMW’s lineup and their next-generation models are now just months away.

Last month we saw the reveal of the new 2011 BMW 5-Series Sedan and now we have new spy shots of its Touring wagon sibling. Expected to arrive roughly 12 months after the launch of the Sedan as a 2011 model, the new Touring model is unconfirmed for the U.S. market given the introduction of the 2010 5-Series GT.

Like the 5-Series GT, it will feature a platform shared largely with the new 7-Series. That means lots of space, good handling and plenty of appealing style, inside and out.

Power will come from a 400 horsepower twin-turbo 4.4-liter V-8 and a 300 horsepower single-turbo 3.0-liter six. A range of four-cylinder gasoline and turbodiesels are also expected to be offered.

Apart from more storage, the 5-Series Touring will be almost identical to the 5-Series Sedan, which you can read about in detail by clicking here.