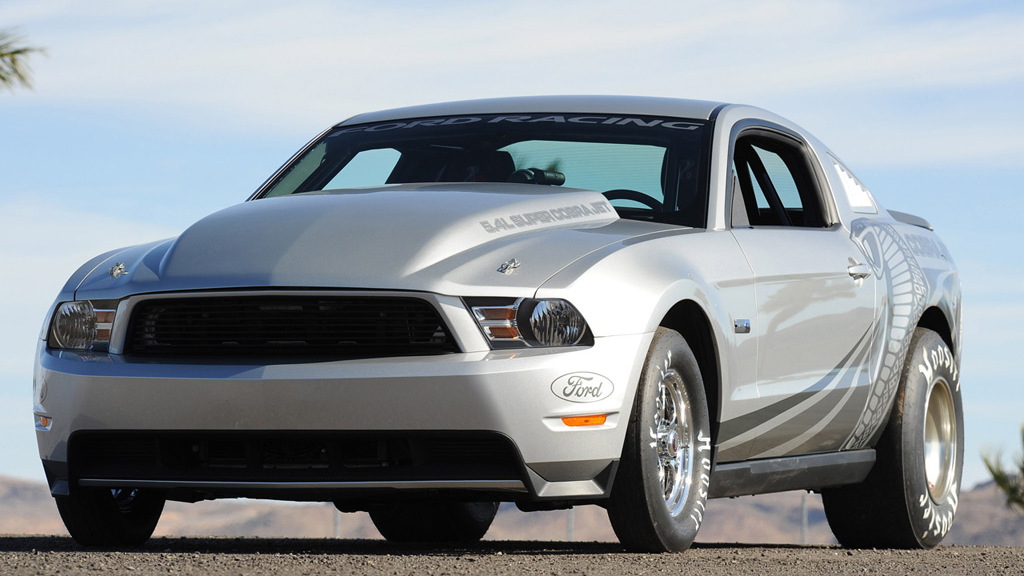 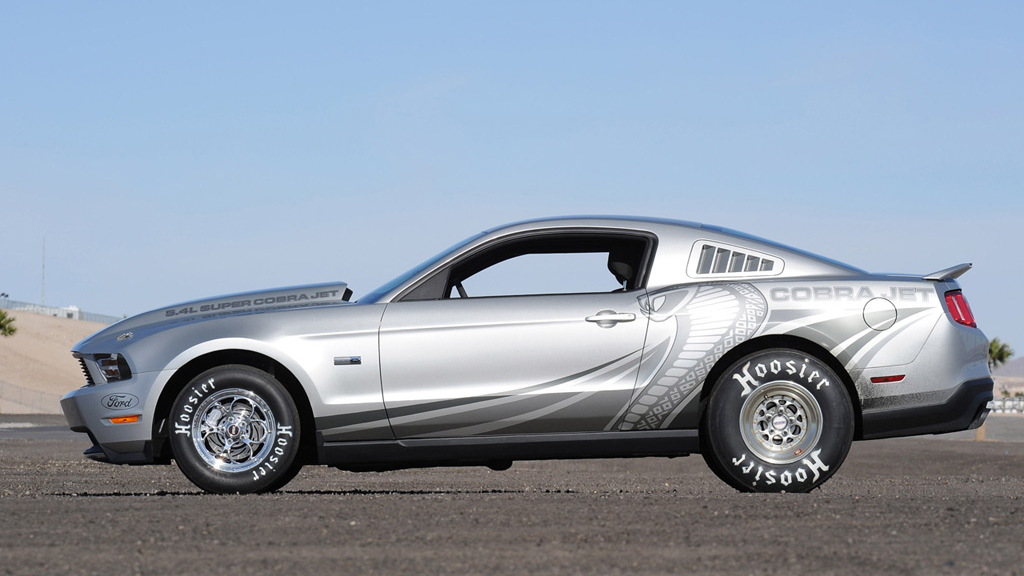 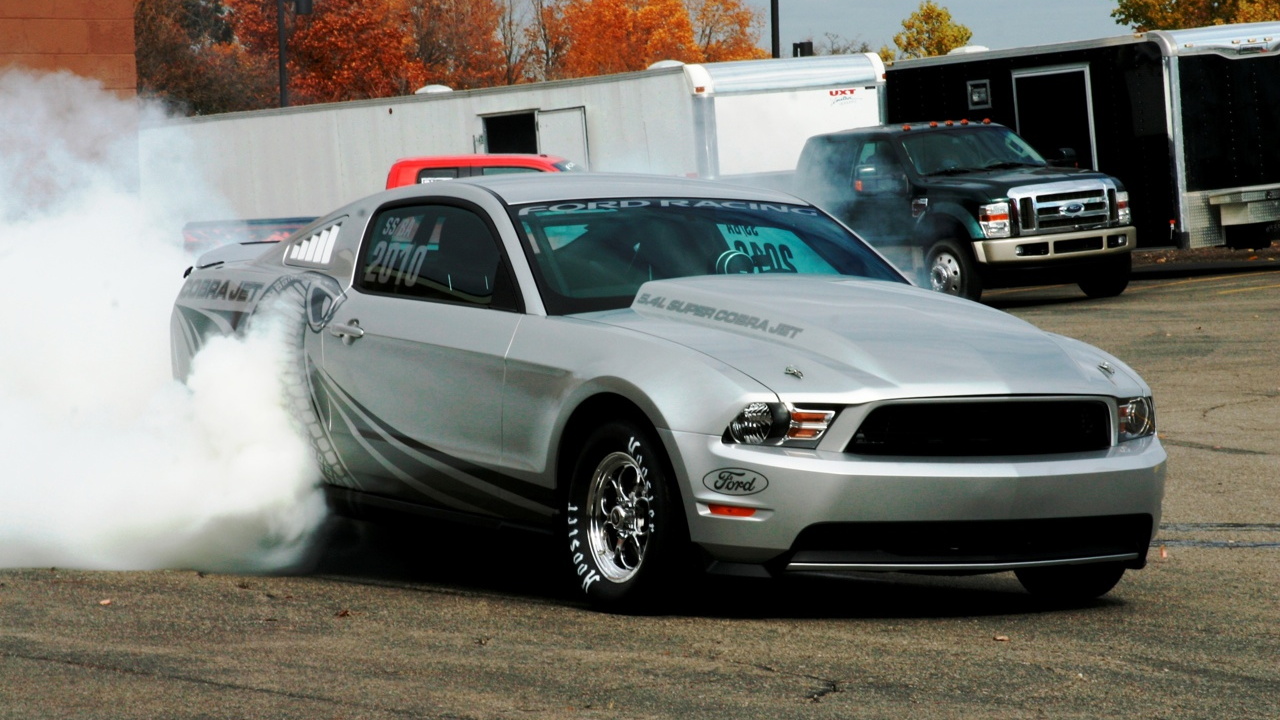 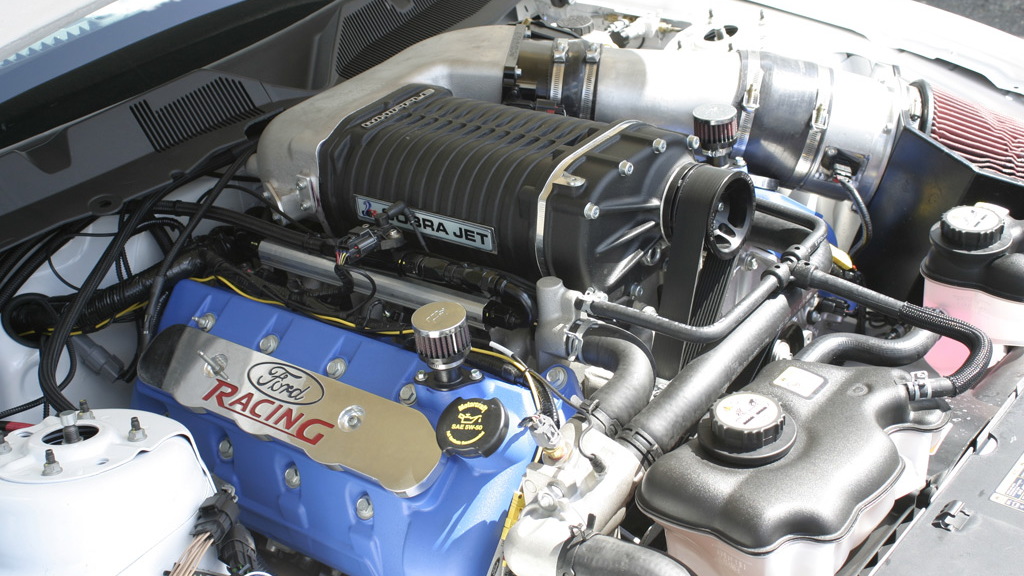 Ford's re-packaging of the Mustang into its 2010 model-year form factor has pleased the critics with a sleeker look, but now Ford Racing is getting ready to please the folks that live only to see quick ETs with the 2010 Mustang Cobra Jet, which was revealed today at the 2009 SEMA Auto Show in Las Vegas.

Since its victorious introduction at the NHRA Winternationals in 1968, Ford's Cobra Jet Mustang has created a legacy of power, performance and triumph. The latest version, on show today, was finished in a “SEMA Special” paint scheme and a contrasting graphics package.

The 2010 Cobra Jet, like its predecessor, is a factory-built race car that is intended for NHRA Stock and Super Stock racing. The goal for the 2010 Cobra Jet was to enhance the race features to further make its own place in NHRA history. These include options for a full race-prepared automatic or manual transmission, drag race-specific shocks and springs, manual steering and brakes, and a fully certified roll cage.

Production of the new race cars will commence in January, with delivery of all vehicles expected in the first quarter of 2010.