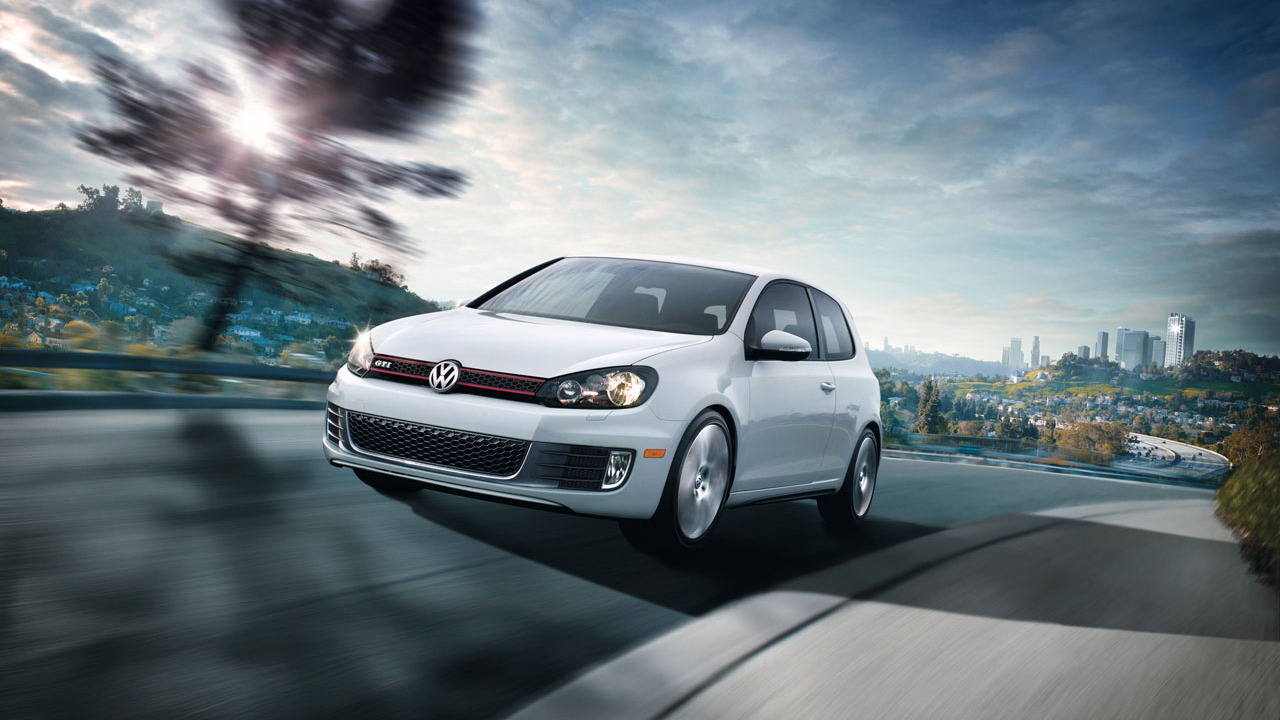 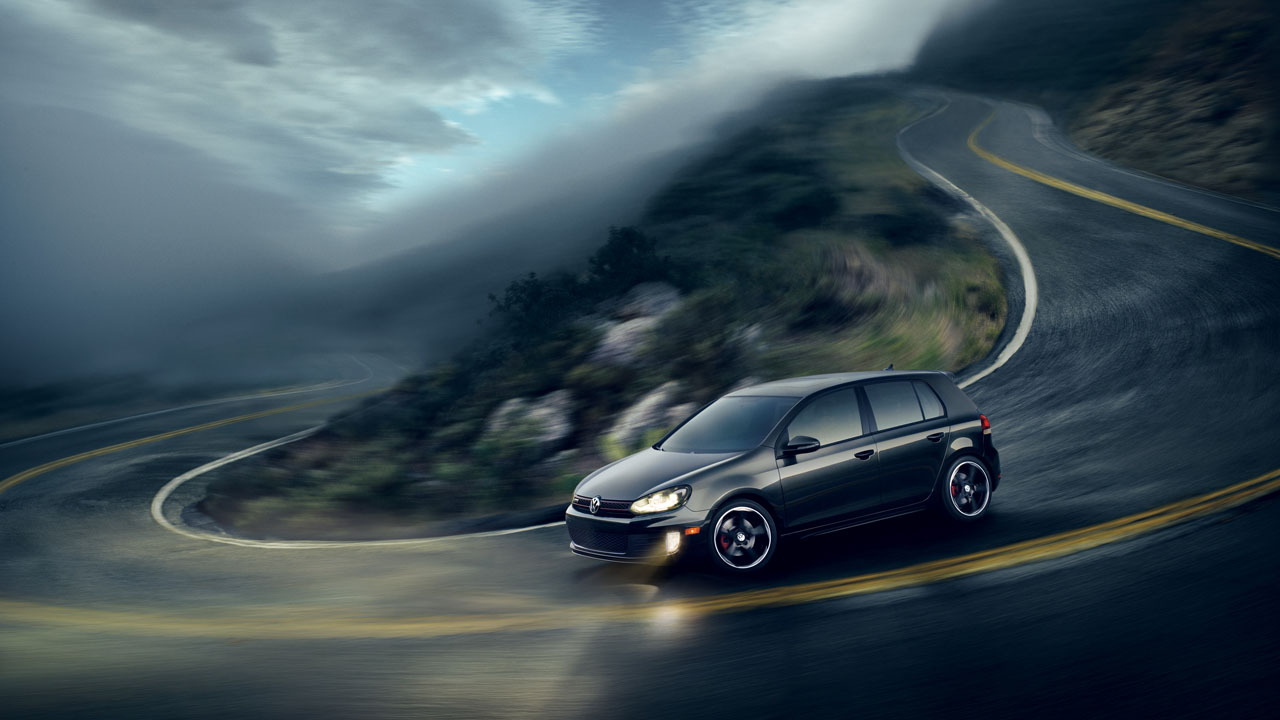 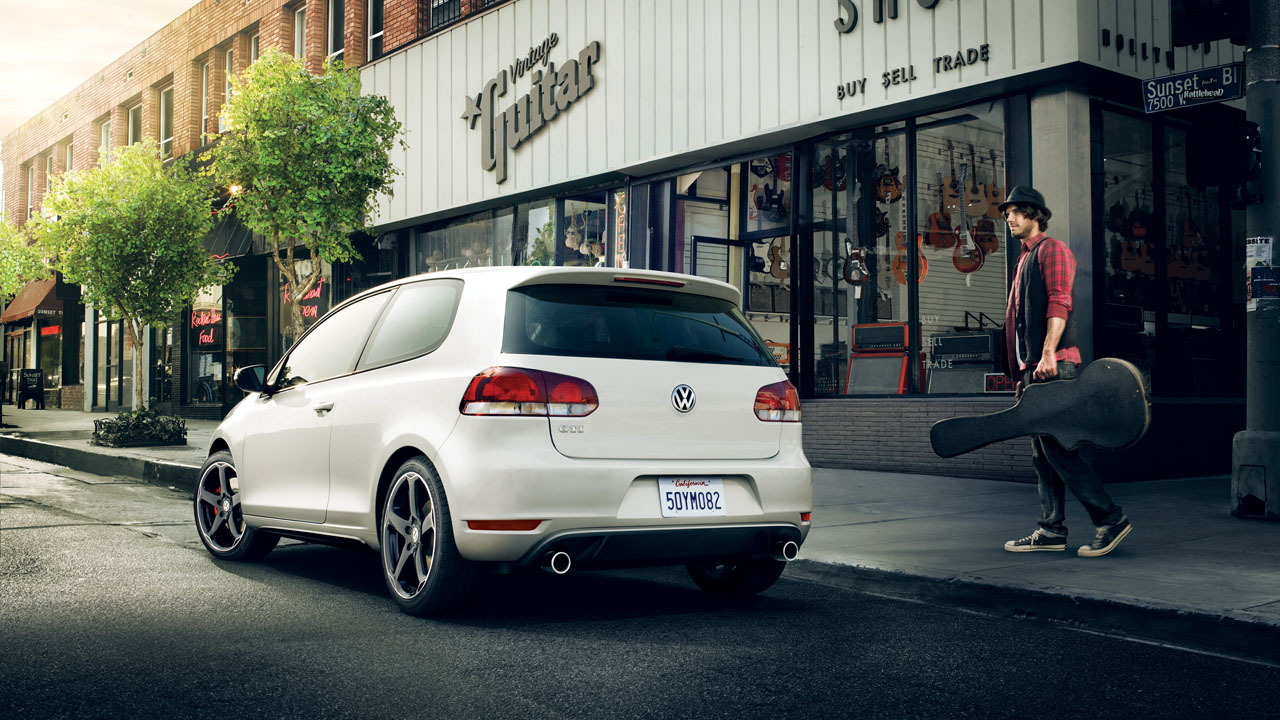 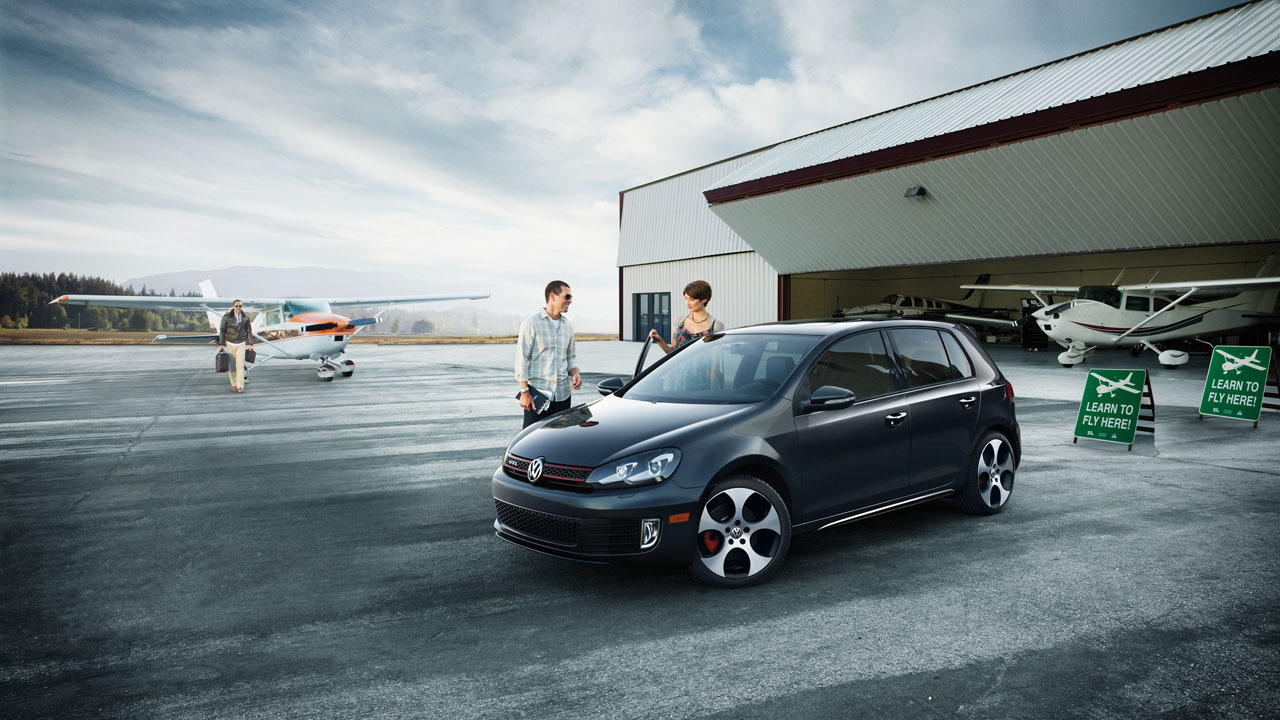 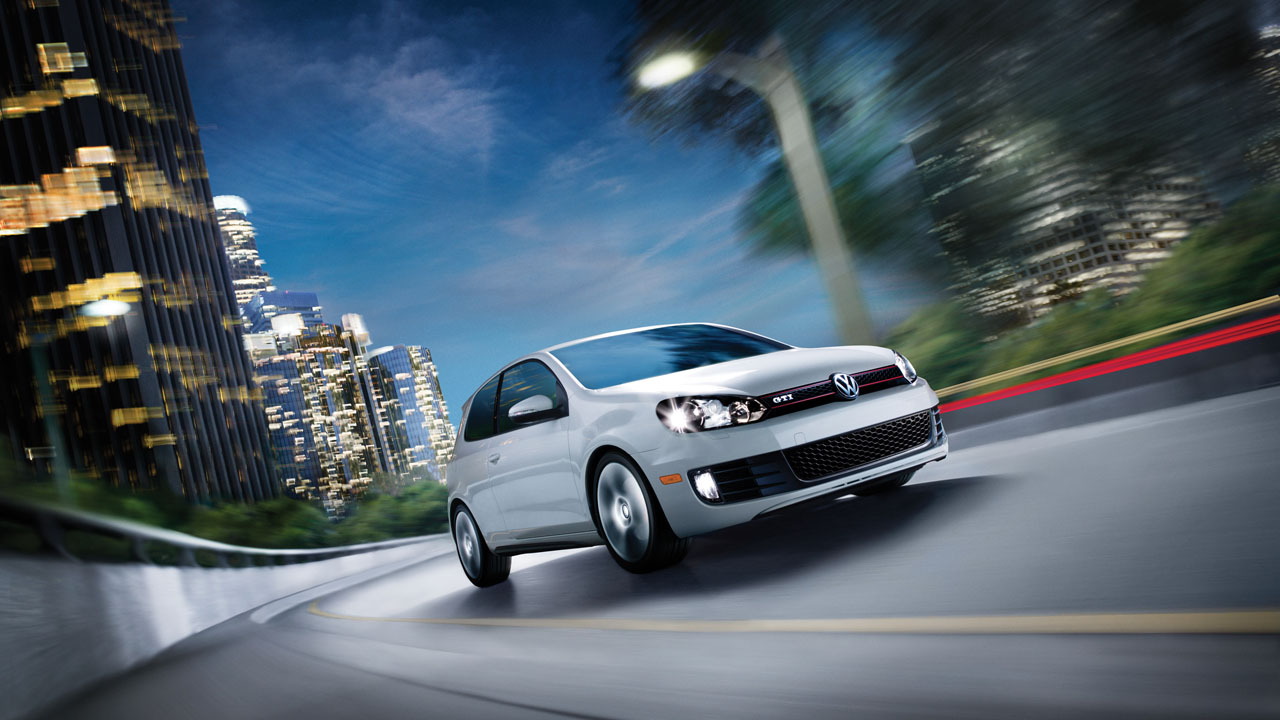 The 2010 Volkswagen GTI is finally making its way to the U.S. in Mark VI form, and though it's down 10 horsepower on its international-spec doppelganger, it's actually quicker 0-60 mph. And with a new exterior, interior upgrades and a price right on top of the old GTI, the 2010 model stands to win even more fans here in the States.

The powerplant under the GTI's hood should be familiar to GTI fans, with its turbocharged four-cylinder direct-injection 2.0-liter displacement cranking out 200 horsepower from 5,100 rpm to 6,000 rpm and 207 pound-feet of torque from 1,800 rpm straight through to 5,000 rpm. That's good for 6.8 seconds 0-60 mph with the six-speed manual and 6.7 seconds with the optional six-speed dual-clutch DSG gearbox. Top speed is limited to 130 mph in U.S. models.

Like any good hot hatch, it's not all about power and speed, however. The GTI gets surprisingly good fuel efficiency, especially with the DSG gearbox, which rates 24/32 mpg. The six-speed manual isn't quite as efficient around town, though it draws nearer on the highway, earning 21/31 mpg EPA estimates. With better efficiency and better performance, VW is making it hard to choose the traditional manual transmission in the 2010 GTI.

For the Mark VI Golf VW stayed well within the lines, essentially stylizing the existing body shape to look a bit more current. As usual for the GTI, the front end gets a honeycomb grille, a GTI badge on the passenger side and blacked out lower front fascia ductwork. Two halogen fog lamps and reworked teardrop headlights (HID Xenons available optionally) lend an aggressive face to this capable little hatch.

Along the sides, new black skirts subtly blend the front-to-rear lines. A complete absence of side moldings makes for a smoother, more streamlined profile. At the rear, the new tail lights feature smoked brake lenses and clear reverse and turn signals, letting buyers skip a common tuning step. The rear bumper also gets reshaped for the 2010 GTI, and a blacked-out diffuser integrated underneath.

Those wheels and tires are mounted to McPherson struts up front with lower control arms and tubular anti-roll bars to help keep the tires in contact with the road. The rear gets a four-link independent suspension, making room for more cargo than alternative setups by allowing for a larger rear hatch opening. VW says the electro-mechanical power rack-and-pinion steering setup induces good on-center feel, and provides good feedback to inspire confidence in the driver. The final aspect of the GTI's performance package is its brake system: 312 mm discs up front and 286 mm discs out back grasped by red-painted calipers provide sure-footed stops.

Inside, the 2010 GTI gets heavily bolstered front seats wrapped in patterend "sport fabric" with red-and-white double stitching. Standard manual adjustments including lumbar support are included, while the three-spoke flat-bottom steering wheel has a new embossed center, aluminum trim on the spokes and perforated leather sections along the top and bottom.

A redesigned instrument panel joins the 2010 GTI, adding chrome trim to the big tach, and re-arranging other gauges. In the center of the display is a multi-function display that provides all the info you expect from a modern car. Brushed metal and metallic accents are spread throughout the cabin, including the gearshift, center stack controls and stereo.

The standard audio system is an eight-speaker satellite-capable six-disc CD changer unit with build-in iPod, auxiliary and Bluetooth support. The base stereo can be upgraded to a 300-watt Dynaudio Lite system as well. A touch-screen navigation system with a 6.5-inch screen and 30-gigabyte harddrive can also be added, which also brings an SD-card slot and DVD playback to the table.

A full complement of electronic safety and driving aids are to be found in the GTI's ECU: ABS, ESP and TPMS are standard fare, while Anti-Slip Regulation (ASR) and Engine Braking Assist (EBA) add to the usual list. All-new for the Mark VI GTI is the Electronic Limited Slip system dubbed XDS. This system electronically monitors individual wheel sensors and sends more torque to the wheels with the most grip for extra traction and performance.