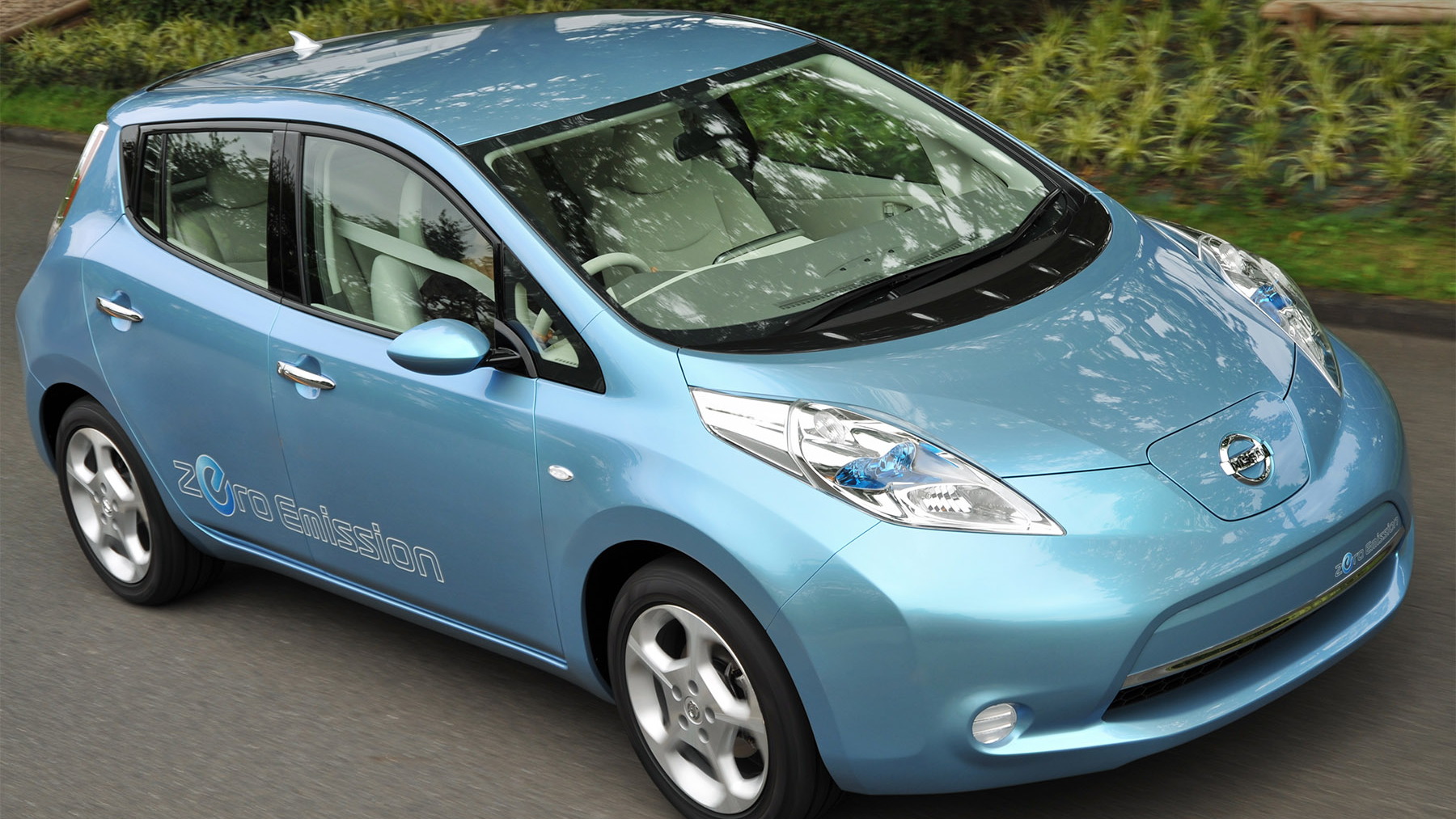 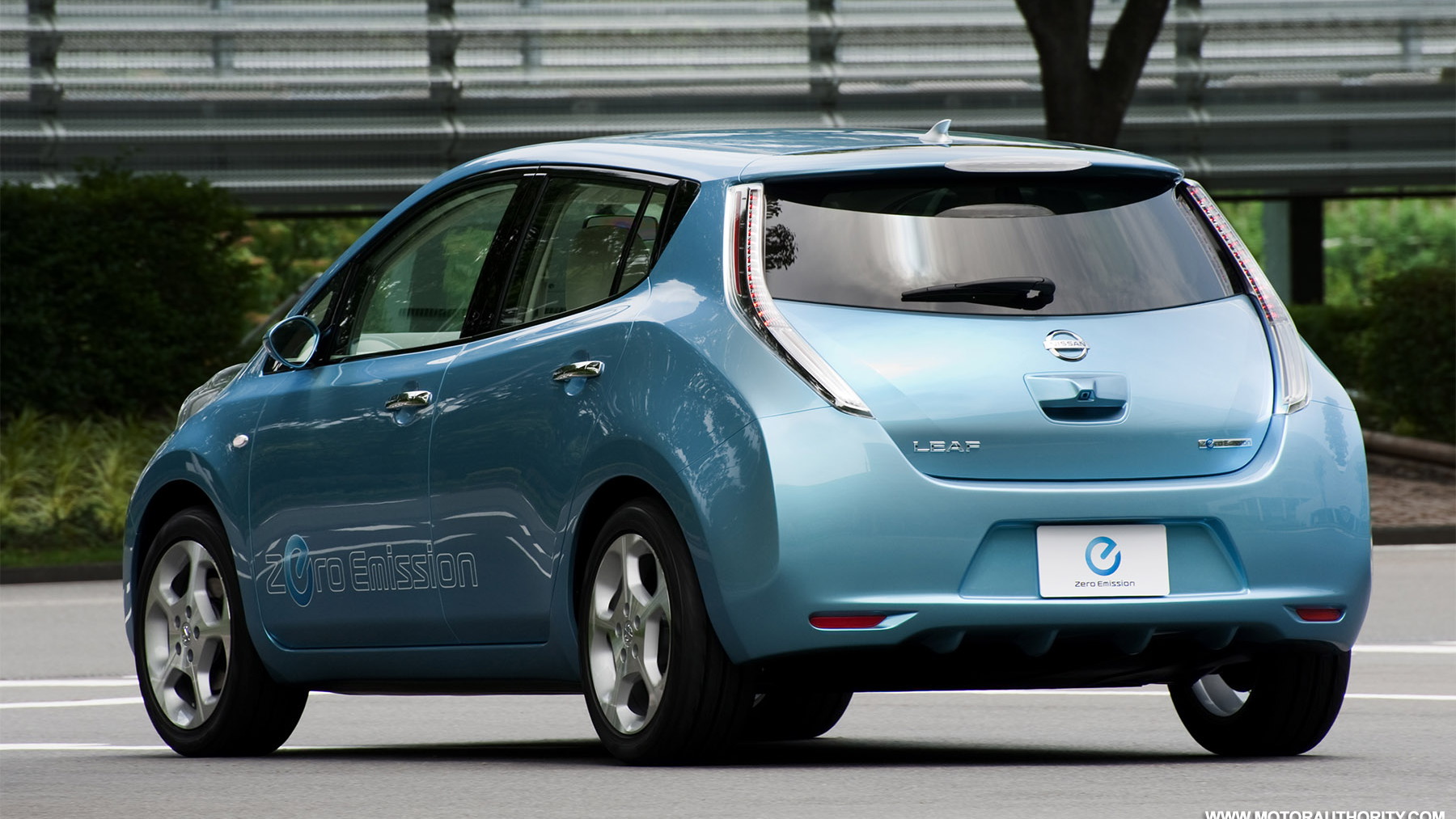 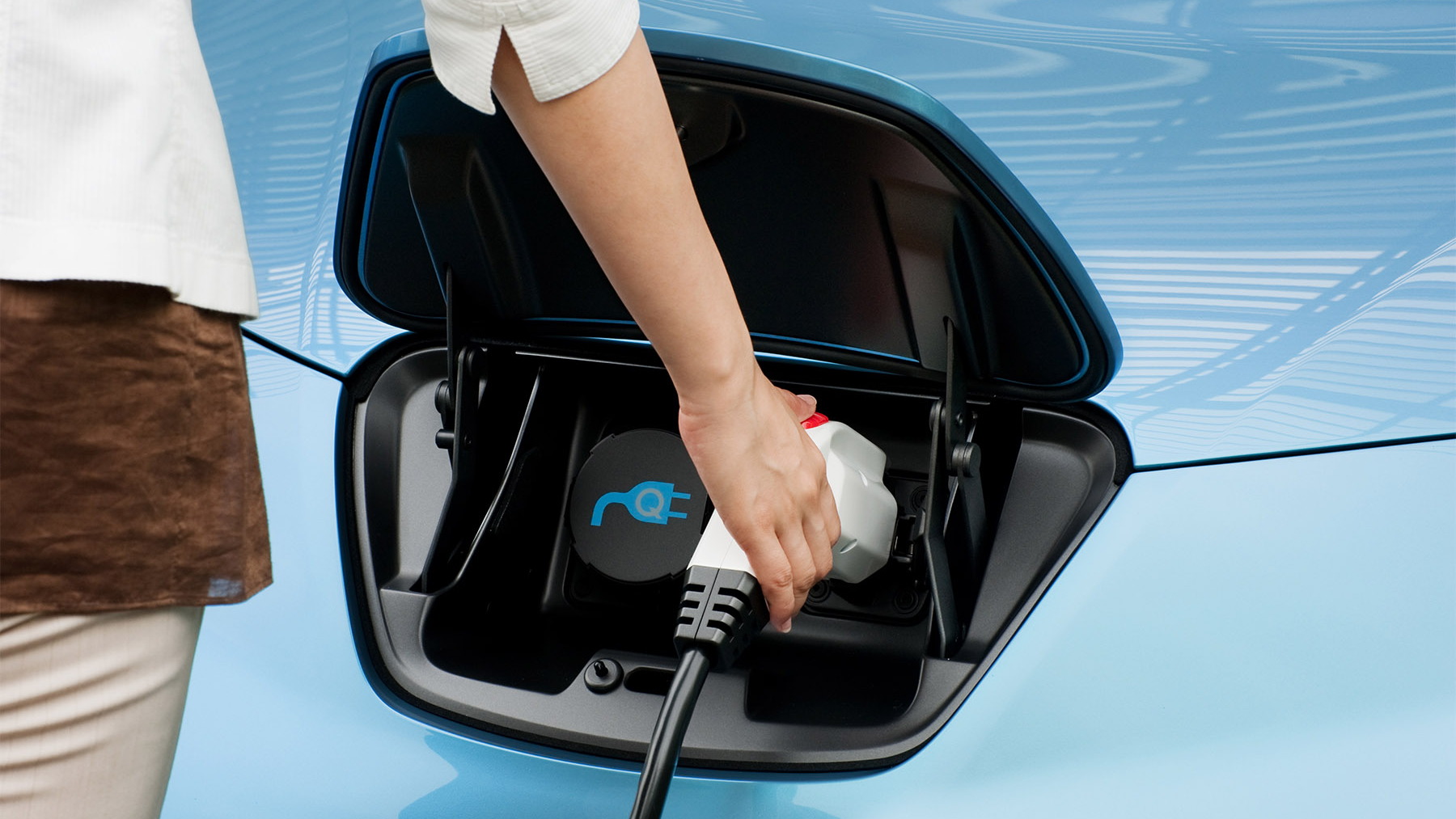 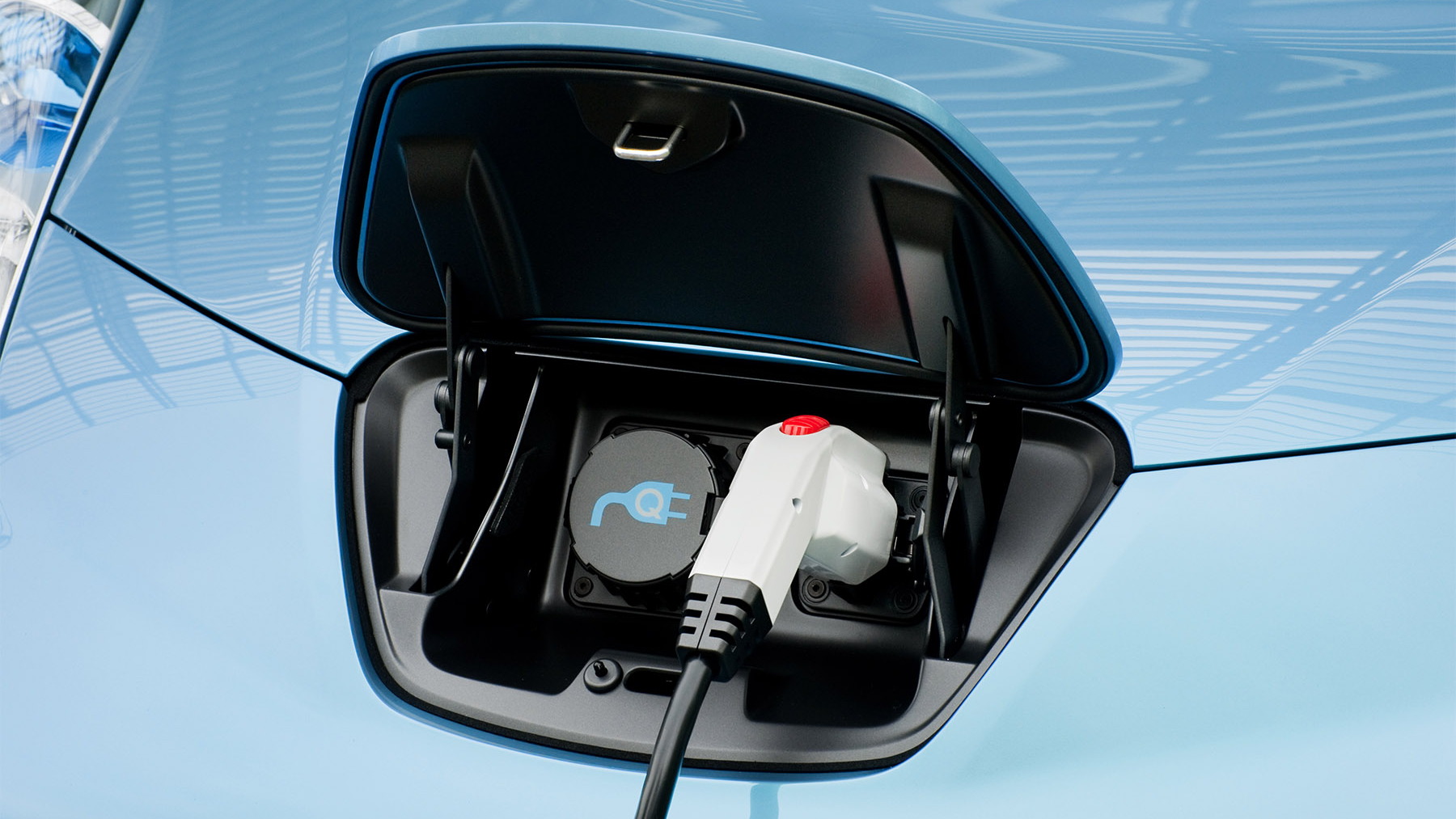 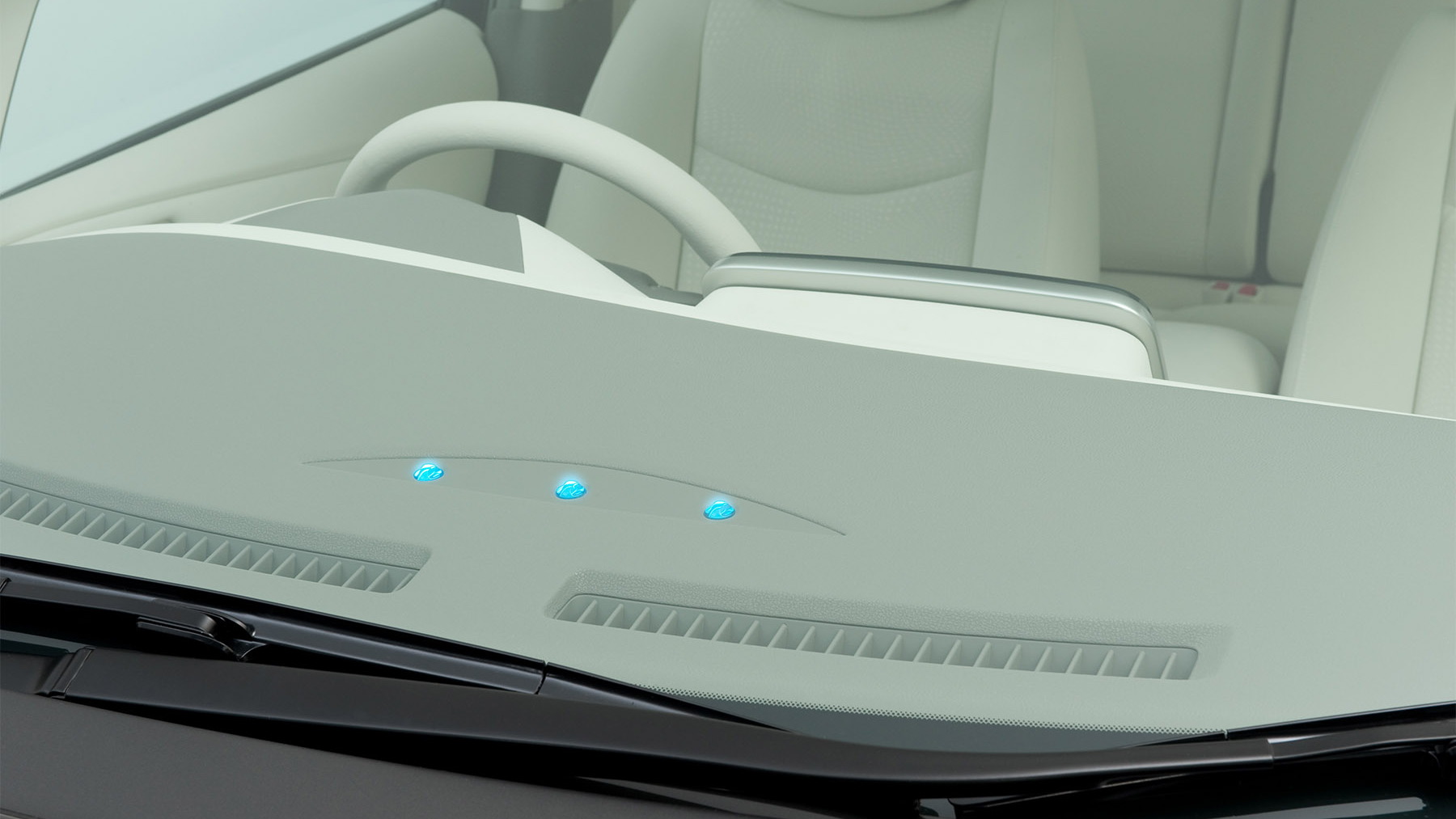 There's the Tesla Roadster and several three-wheeled electric vehicles for sale, but so far getting a purely electric-powered car to production with a standard car's features at a price the general public can afford has eluded the industry. Until the Nissan LEAF, that is.

Or at least that's the story Nissan is pitching. Due for launch in the U.S., Japan and Europe by late 2010, the LEAF guarantees a range of over 100mi (160km) on a charge in a practical mid-size hatchback bodystyle. Nissan says that 100mi range is enough to satisfy the daily needs of 70% of the drivers in the world.

"Our car had to be the world's first, medium-size, practical EV that motorists could afford and would want to use every day. And that's what we've created. The styling will identify not only Nissan LEAF but also the owner as a participant in the new era of zero-emission mobility," said Masato Inoue, Product Chief Designer.

Powered by a lithium-ion battery back, the LEAF should also provide reasonable performance, on par with other cars in the economy hatchback class. The electric battery pack can generate output of up to 120hp (90kW), while the electric motor delivers 107hp (80kW) of output and 206lb-ft (280Nm) of torque, figures typical of many smaller and medium-sized cars.

And with the ability to regain up to 80% of its full charge in just 30 minutes, it can get back on the road again in a hurry. A full charge takes about 8 hours, a typical overnight duration.

But the real story is how Nissan optimized almost every aspect of the LEAF's design to maximize efficiency.

The LED headlights themselves tax the electrical system minimally, but the headlight covers also split and redirect airflow away from the door mirrors, cutting wind noise and drag. Inside, the materials are all styled in a 'blue earth' color scheme, reflecting the car's efficient nature and complementing the introductory model's exterior color.

Finally, the LEAF employs an advanced IT system that connects it to a global data center to provide support, information and entertainment around the clock. The dash-mounted monitor uses this information to show a 'reachable area' display, letting the driver know exactly how far they can go on the remaining charge. It also shows the nearest charging stations to make juicing back up easier.

Production of the LEAF will begin at Nissan's Oppama, Japan plant with the Smyrna, Tennessee plant to handle additional capacity down the road. The lithium-ion batteries that power the car are produced in Zama, Japan, though once demand outstrips that supply, sources in the U.S., Portugal and the UK are also ready to go.

When sales begin late next year, Nissan sees the LEAF taking its place as both a primary car for some drivers and for others, a secondary car that's used primarily for commuting or other daily duties, while the family vehicle remains in service for times when more space is needed.

Pricing details will be announced closer to start of sales, however, Nissan is expecting the car to be competitively priced in the range of a well-equipped C-segment vehicle. Additionally, the LEAF is expected to qualify for an array of significant local, regional and national tax breaks and incentives in markets around the world. As an added benefit, because the vehicle has less mechanical complexity than a traditional gasoline-powered car, it will also cost significantly less to service and run.