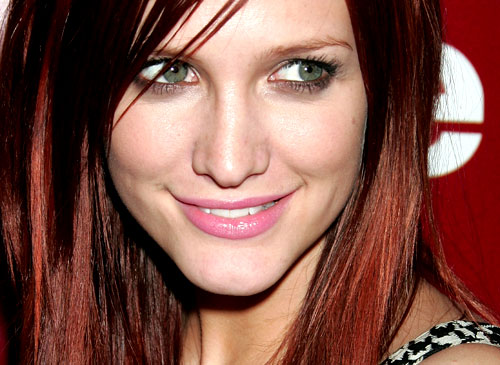 Yep, that's Joe Simpson's backup plan, cowering in the back of that Ferrari (has to be a 612 Scaglietti, right?). It's not clear why, though SocialiteLife says it's because she and big sis Jessica Simpson were carousing and not drunk-dialing Jess' ex Tony Romo, who we think has a chain of rib restaurants or something.

But why's she stuck in back, obscuring some surgical artisan's best work? Opinions in CelebsandCars.com's home digs are divided. Half of us think she has nothing to be ashamed of; hubby Pete Wentz is part of Fall Out Boy, which is not itself awesome, but sounds like Fallout 3, which is in fact awesome. Also, Pete's not shy in front of a camera.

The naysayers across the cube farm thing she should be hiding for many reasons, like never living down her "Hoe Down!" SNL mashup, or letting said husband paint his fingernails black and name their kid "Bronx Mowgli."

So, stop before you reflex-answer our question, "Well, you would too, after THAT album." Our jokes are not that easy, and neither is "getting work done." Give the woman credit.