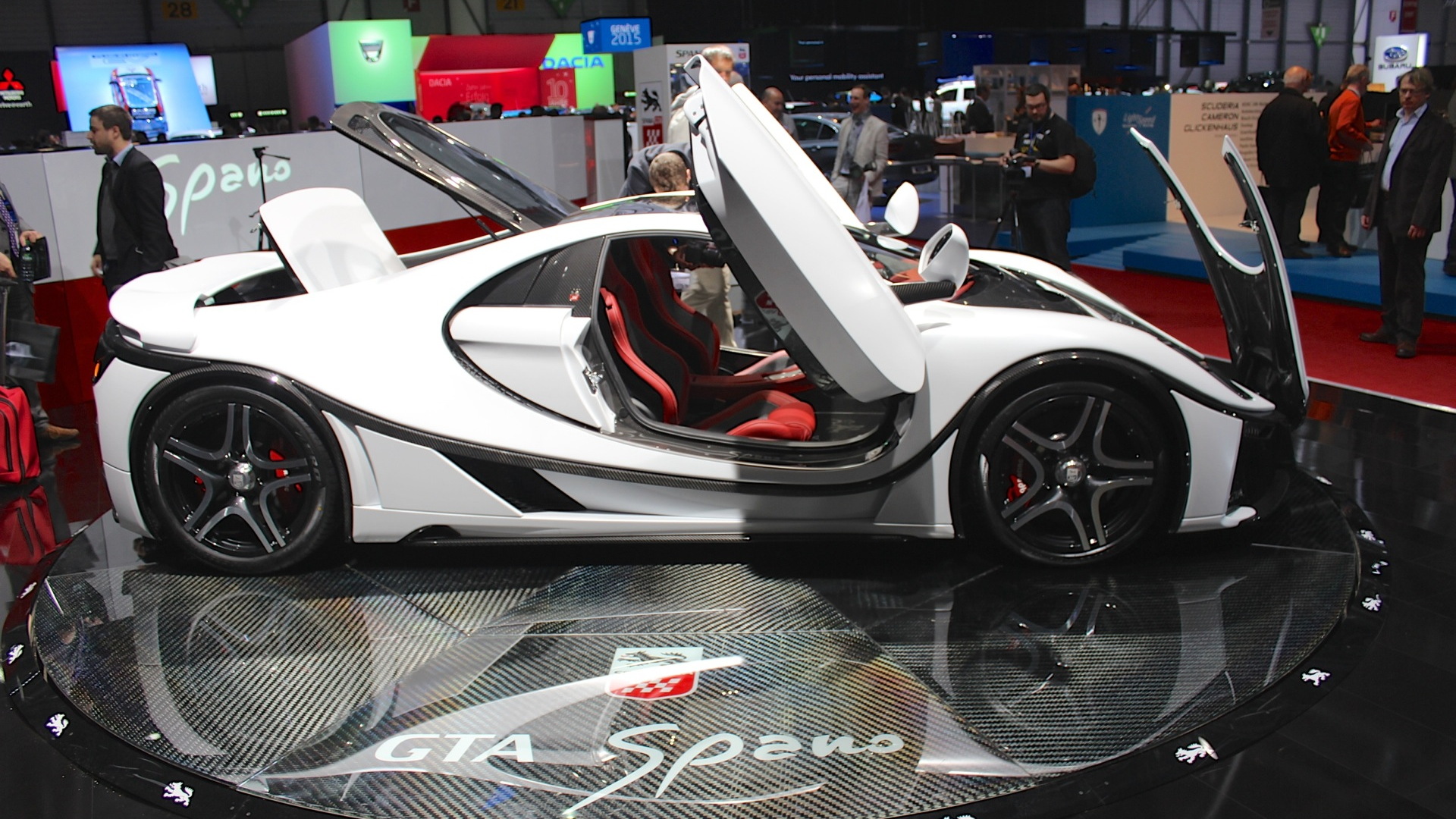 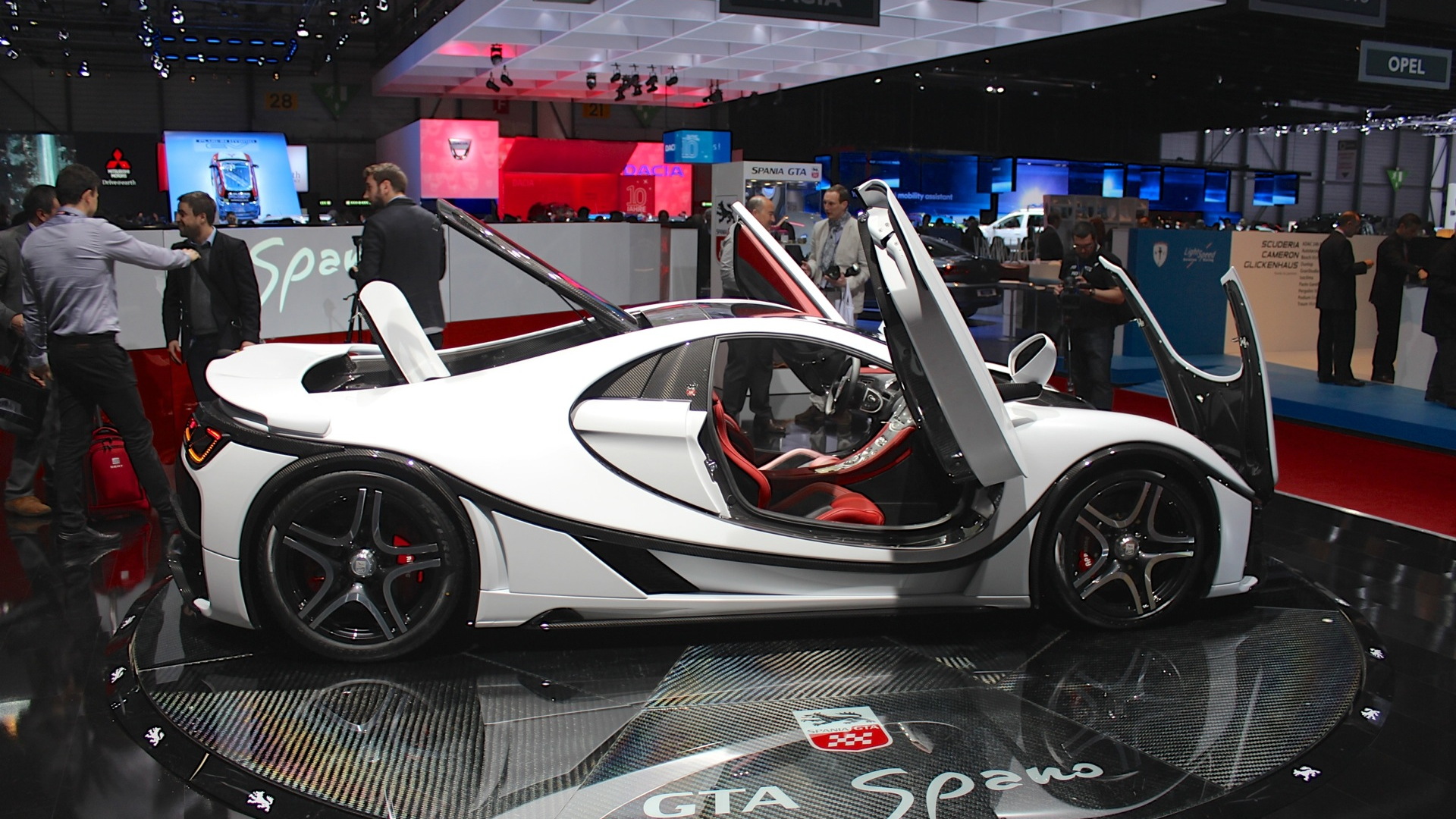 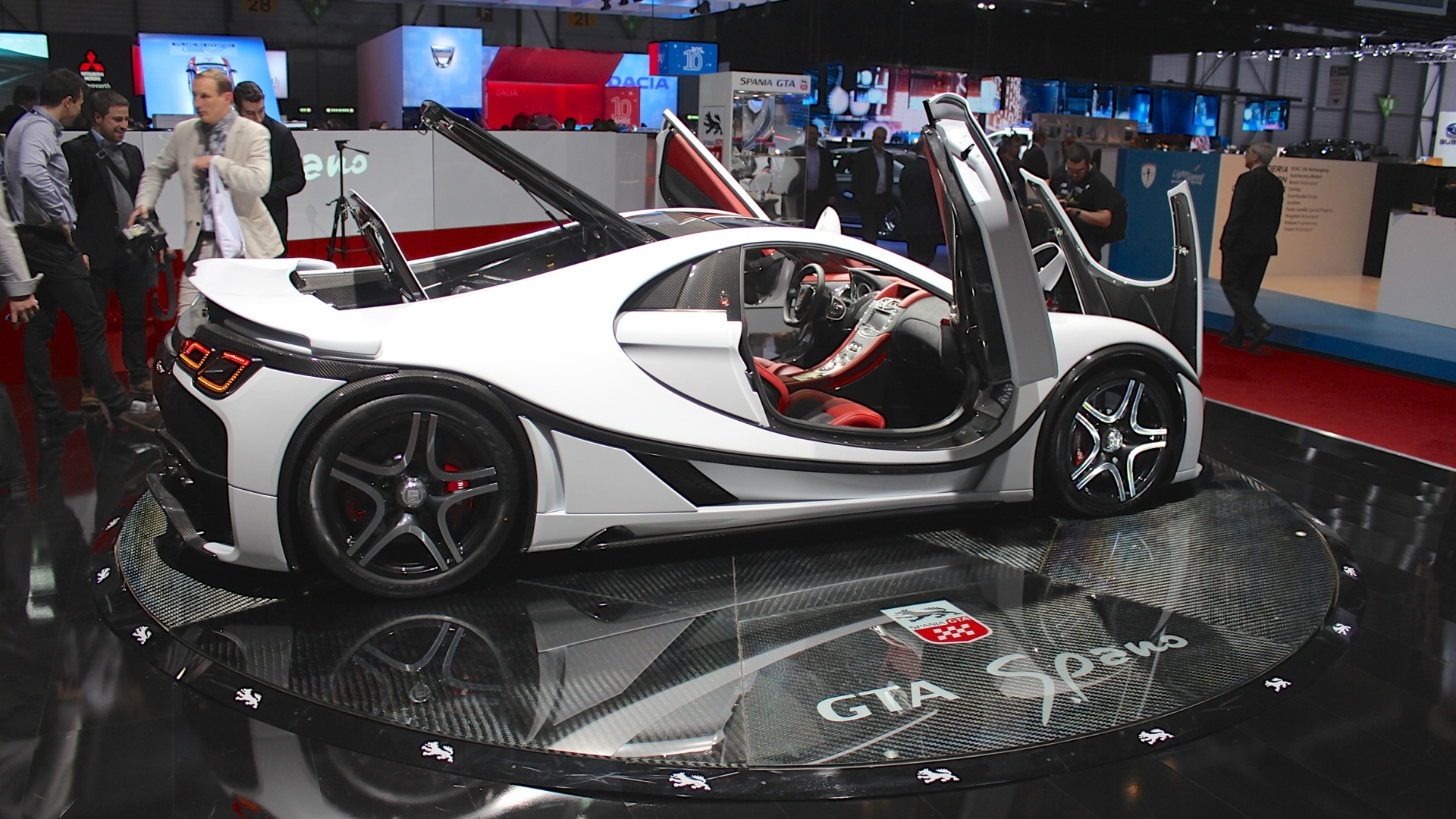 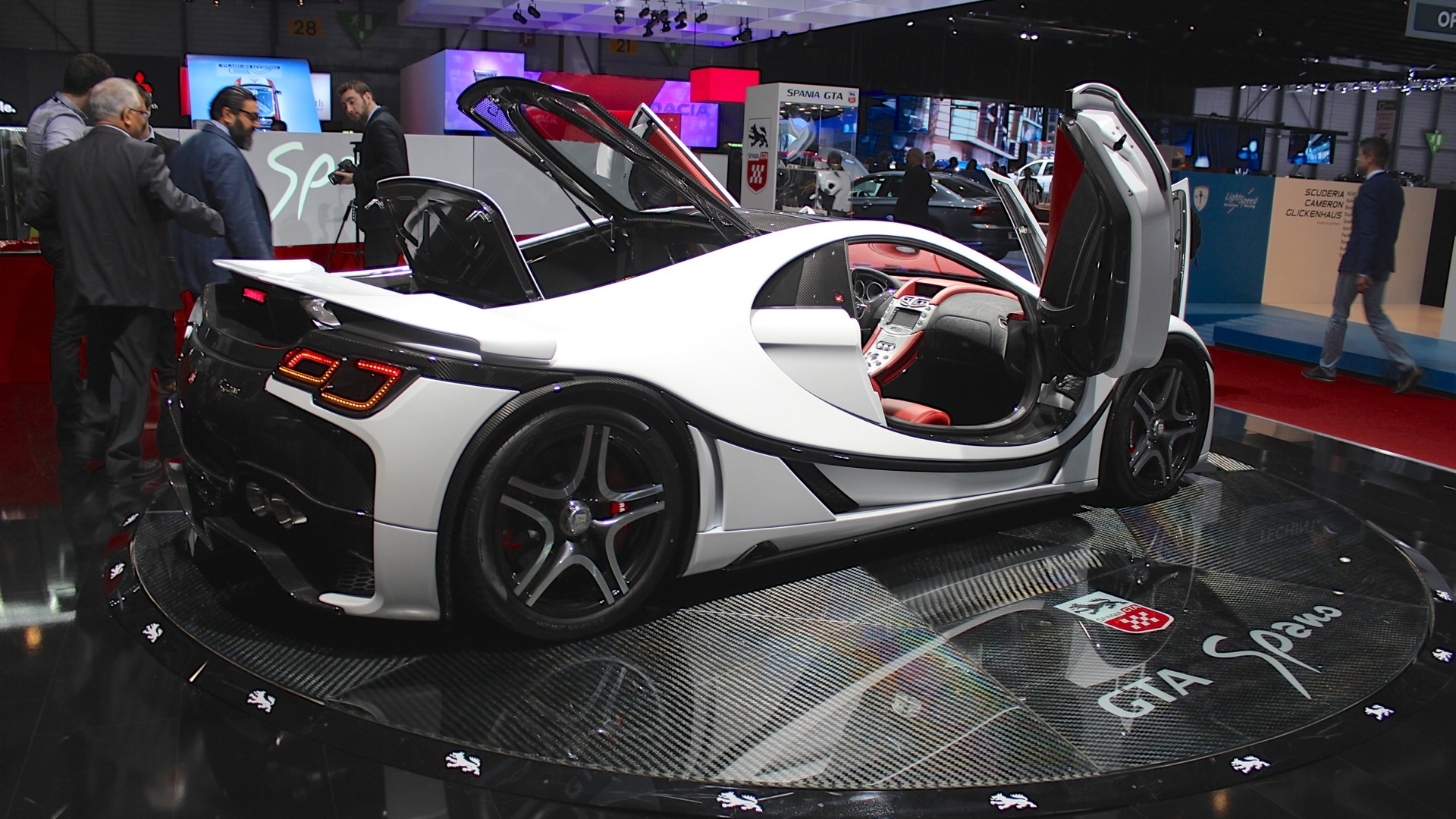 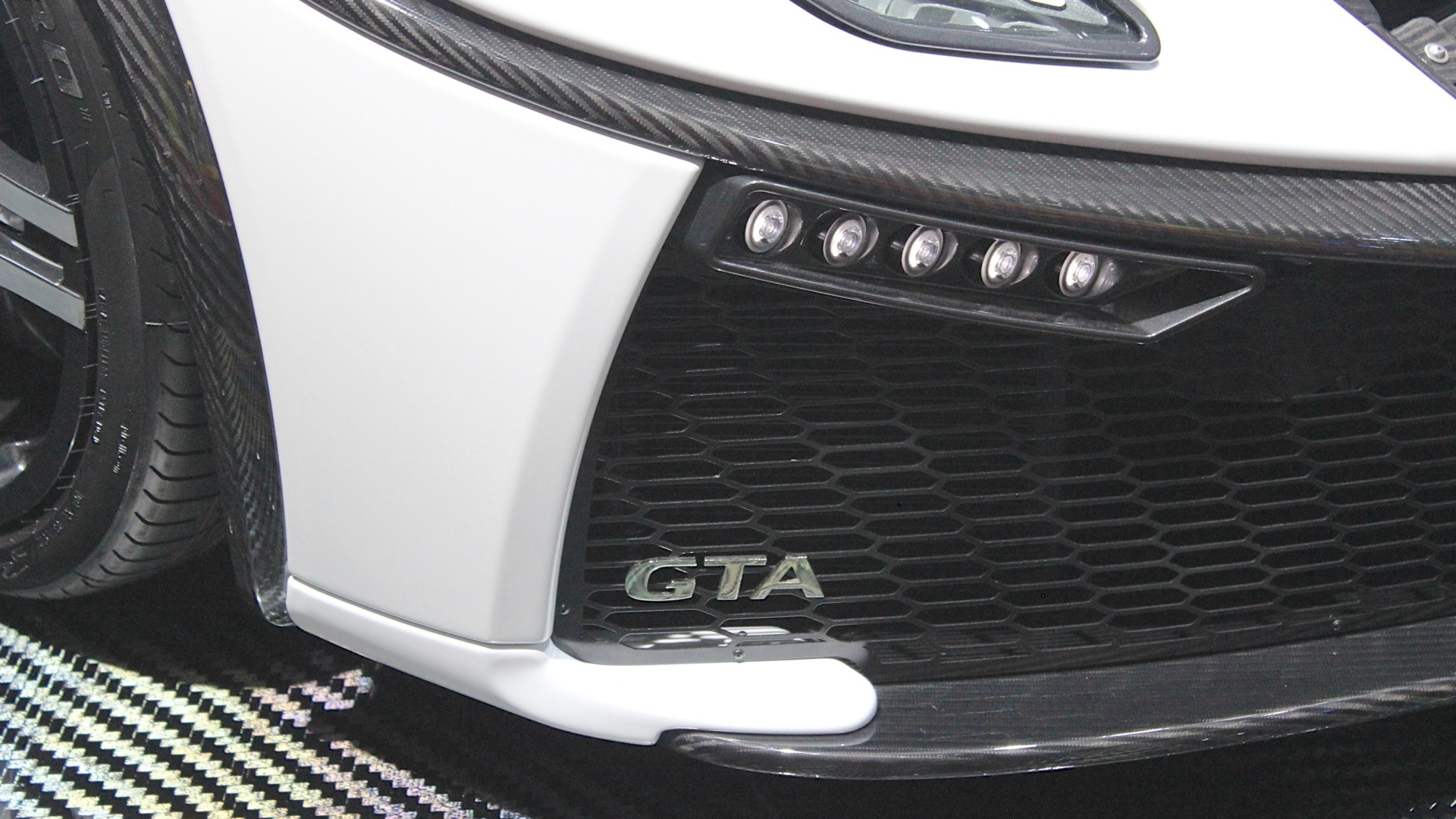 Spanish supercar startup Spania GTA first burst onto the scene back in 2009 when it rolled out a pre-production prototype for a car called the Spano, which featured a big V-10 nestled behind its seats. Since then, GTA has been churning out examples of the original Spano for enthusiasts all across the globe, but now the company is introducing a successor model.

The new car, on show this week at the 2015 Geneva Motor Show, keeps the Spano name as well as the basic shape of the previous model, but almost all of its components are new, some of which are made from graphene—an extremely light yet strong material superior to carbon fiber. The graphene, developed together with fellow Spanish firm Graphenano and used for the first time on a production car, is joined by titanium, Kevlar and conventional carbon fiber to form the Spano’s monocoque structure.

Power comes from a newly-developed V-10, which displaces 8.0 liters and is aided by a twin-turbocharging system. Drive is to the rear wheels via a paddle-shifted, seven-speed sequential gearbox sourced from Italy’s CIMA, and peak output is 925 horsepower and 900 pound-feet of torque. This is enough to accelerate the new Spano from 0-62 mph in just 2.9 seconds and see it reach a top speed in excess of 230 mph.

The suspension consists of double wishbones with adjustable shocks, and attached to this are 19-inch wheels shod with 255/35 Pirelli P Zero tires up front, and 20-inch wheels with massive 335/30 size tires in the rear. The brake discs are carbon-ceramic units from AP Racing, with six-piston calipers used up front. Part of the aero package includes an automatic rear wing.

GTA plans to build just 99 examples of its second-generation Spano.