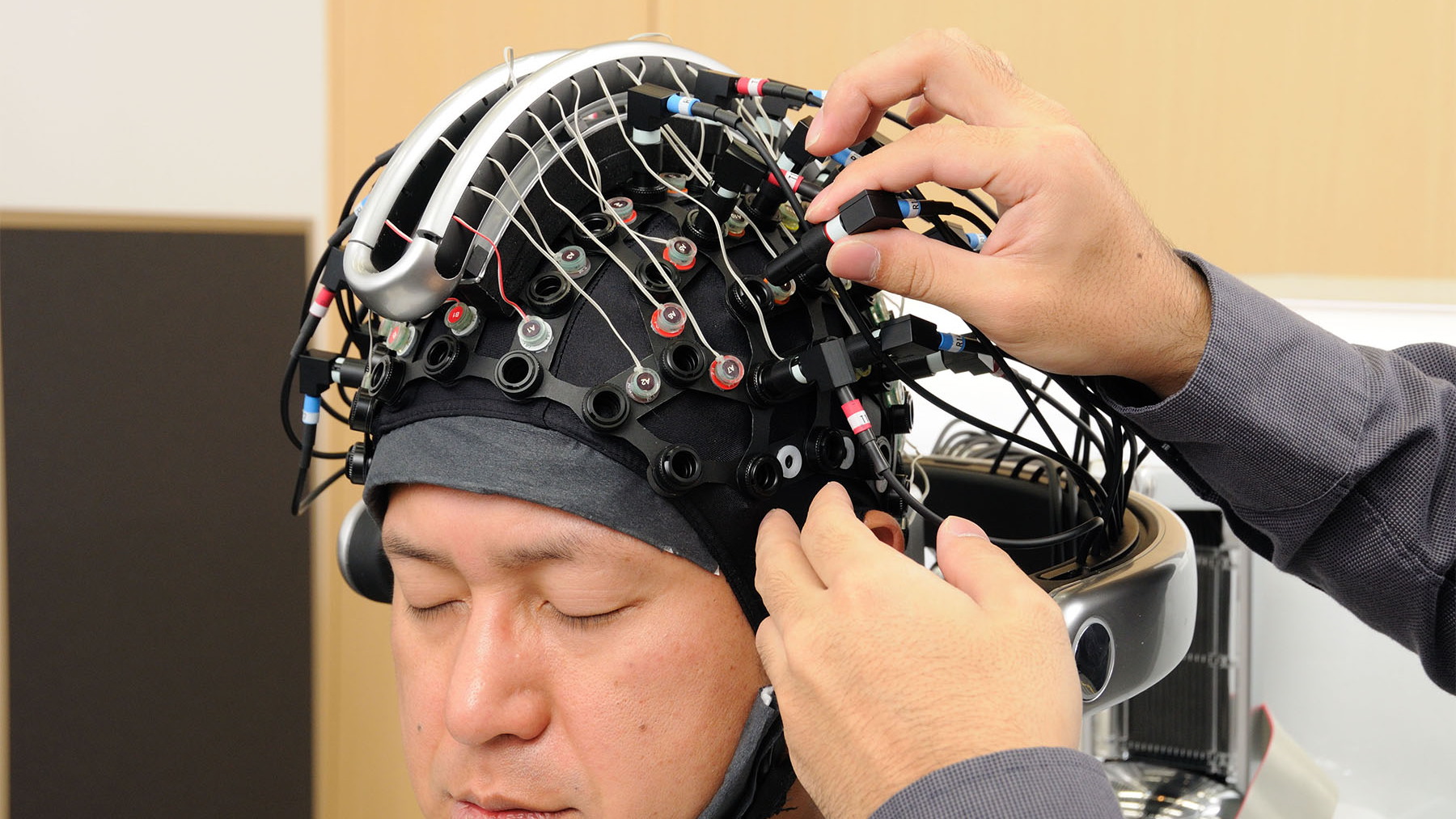 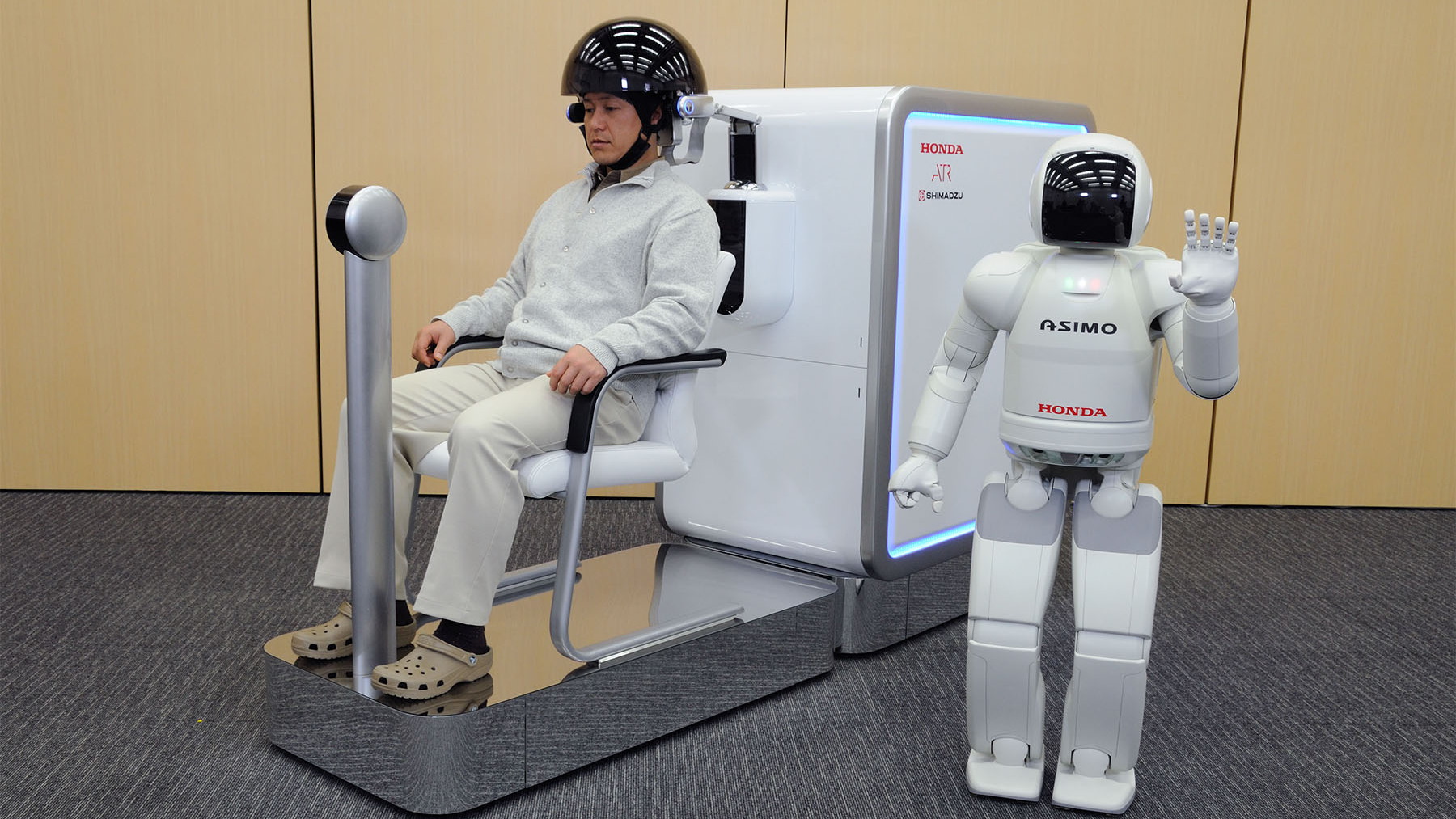 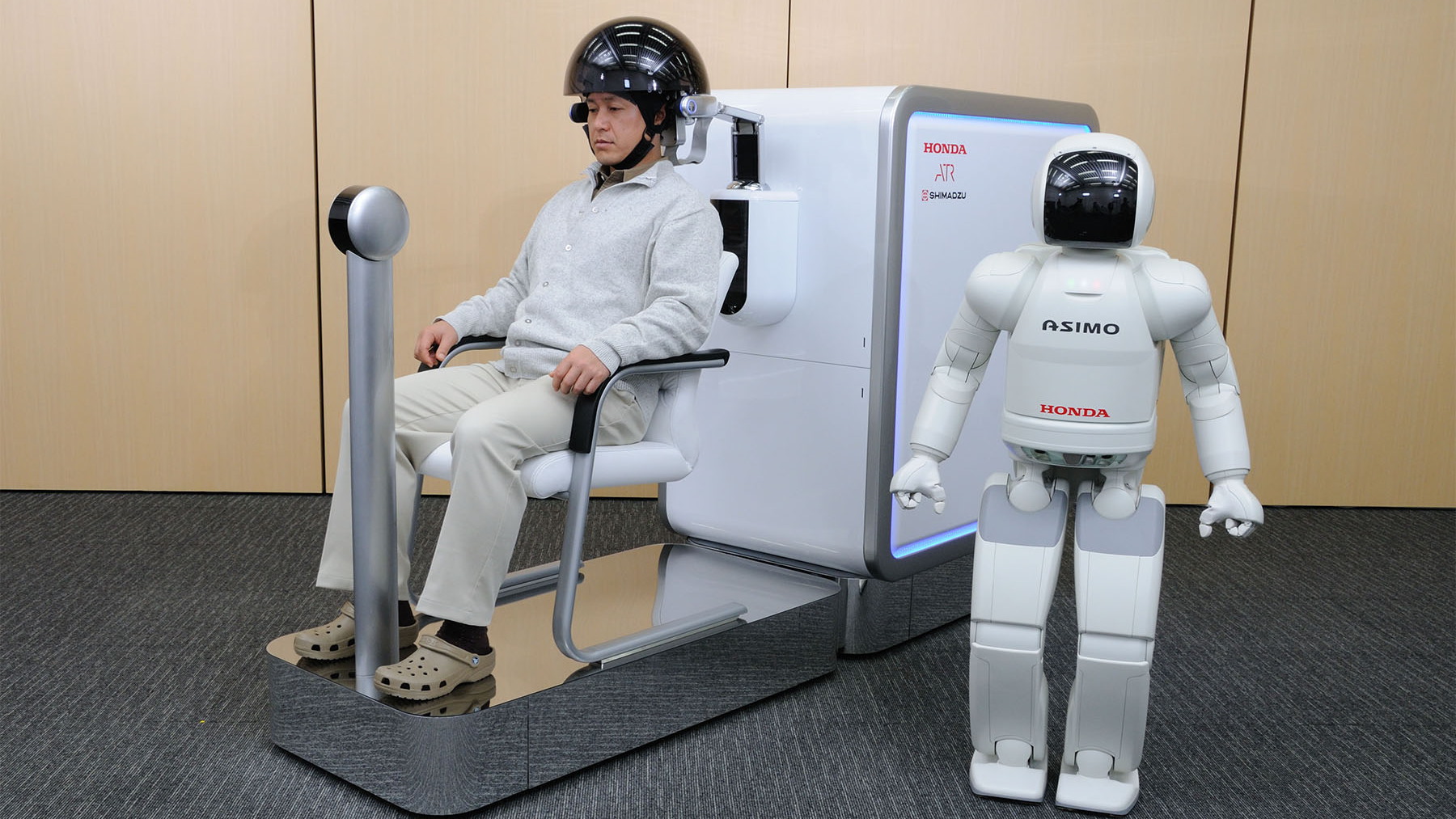 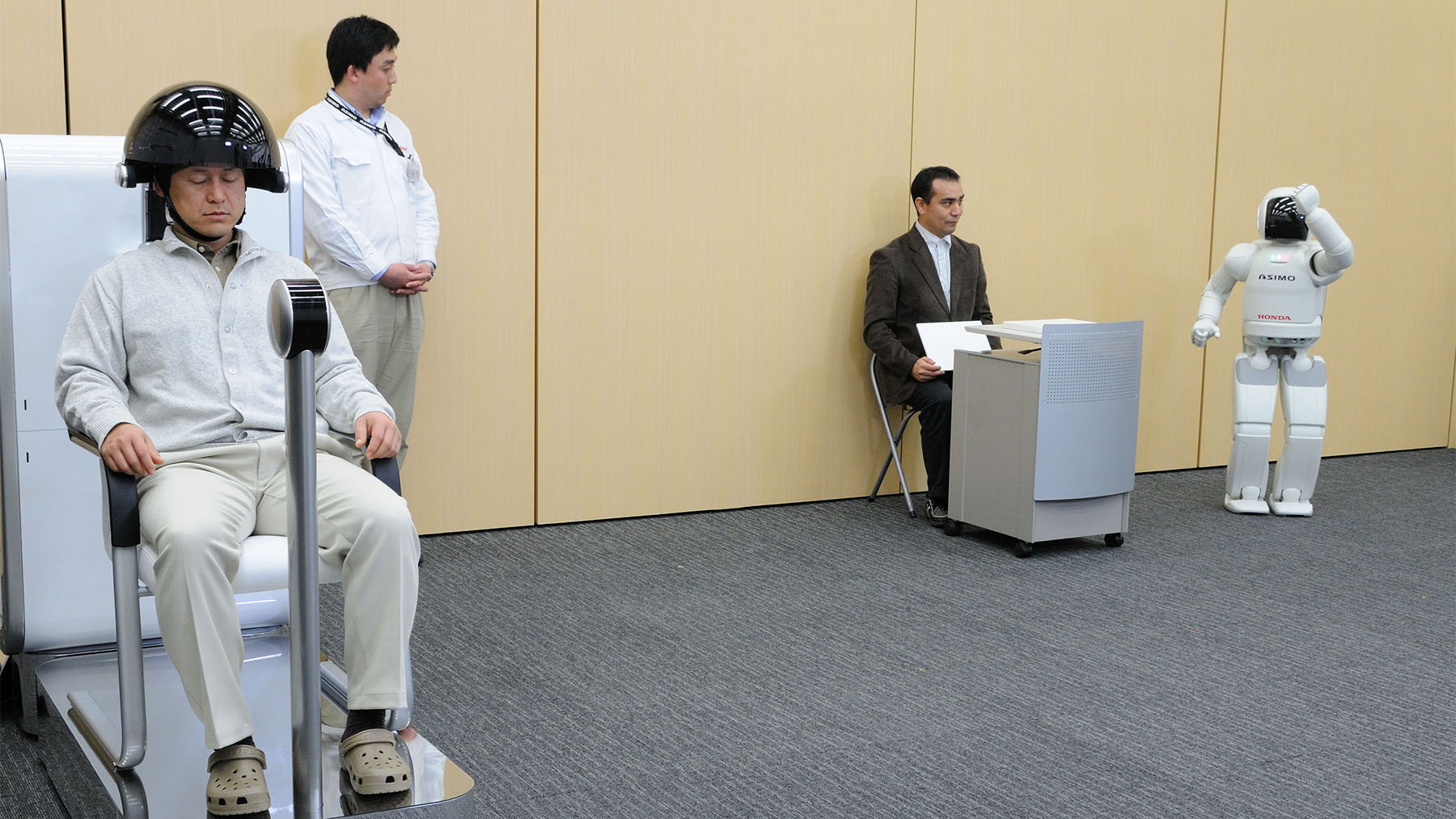 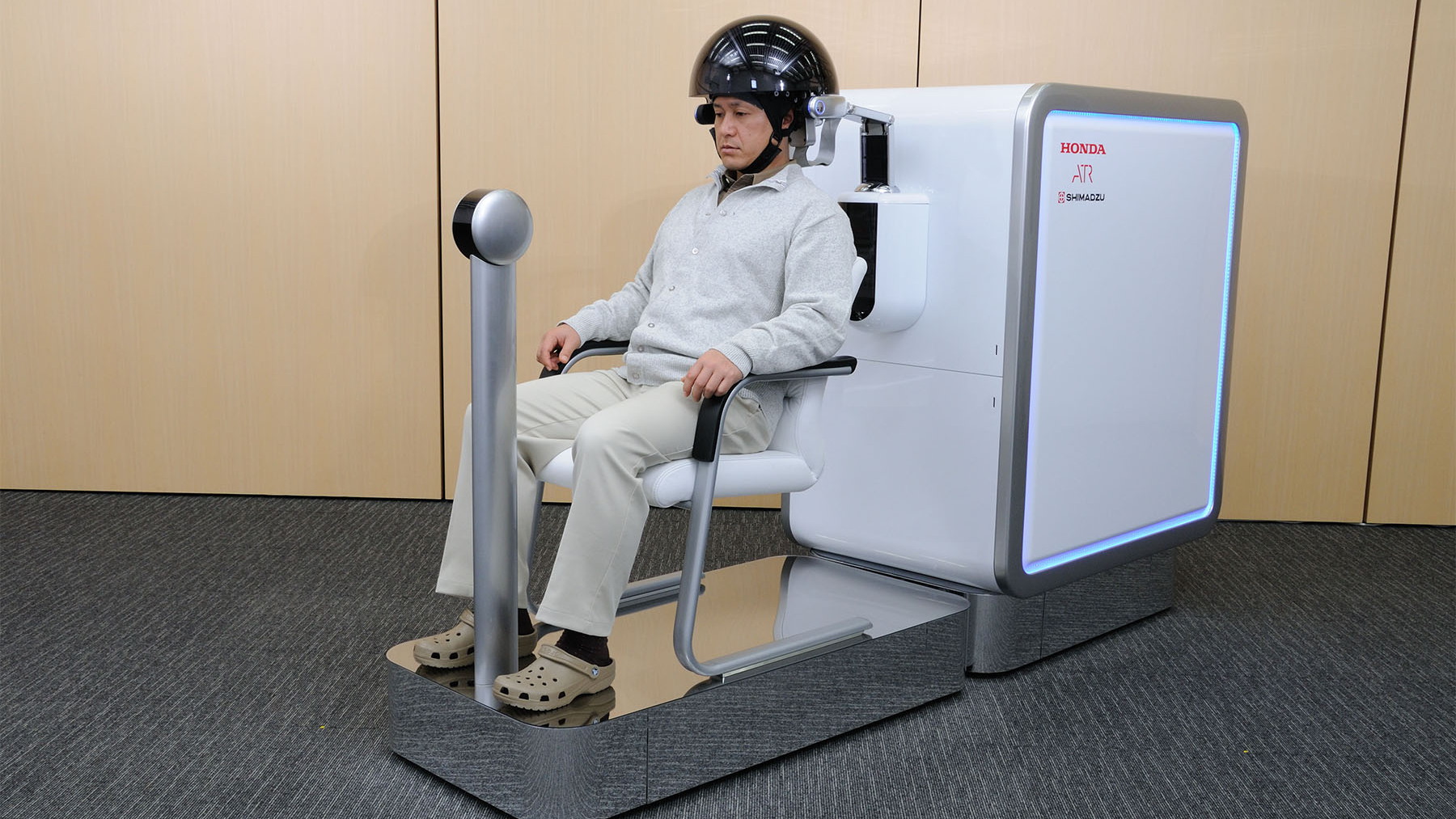 8
photos
While it may not be strictly car news, we just couldn't resist writing this story up about Honda's new 'Brain Machine Interface' technology. While it may sound like something out of the Terminator movies at first, the technology is an amazing step forward and could have huge implications for almost any product on the market right now.

Brain Machine Interface technology, or BMI, basically allows a human being to control a robot using human thought alone. Just let that sink in for a second. Using what many of us would know as an EEG device, or electroencephalography, Honda has combined this technology with a near-infrared spectroscopy device (we don't know what that is either) to allow humans to control robots without pushing any buttons or, in fact, moving at all.

To use the device, EEG and NIRS sensors are placed on the head of the user. In order to 'calibrate' the system, you pick four body parts and then imagine moving that body part - this allows the machine to figure out what thoughts you are using to move each different body part. As soon as the system knows what the different thoughts are for each part, it can replicate these movements in Honda's famous ASIMO robot.

Honda has been working on the technology since 2006, but the use of the NIRS is new, and allows the system to 'read your thoughts' correctly around 90% of the time. Whether or not the technology has an application in the automotive world remains to be seen, but we can imagine a system sometime in the very distant future that would let you maybe control your car stereo with your brain rather than using your hands. Maybe.