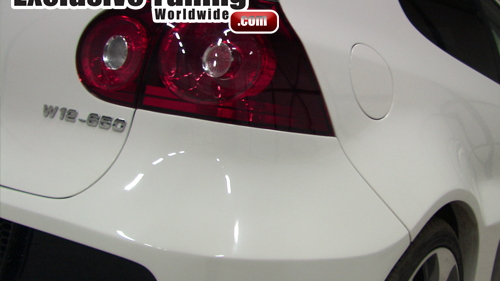 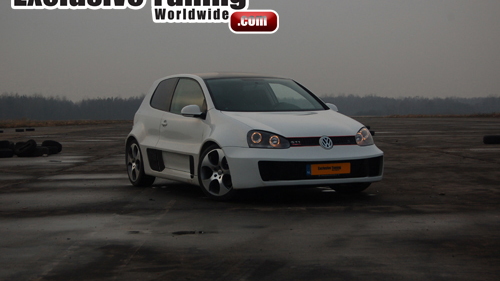 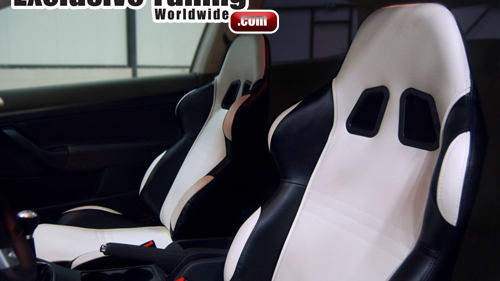 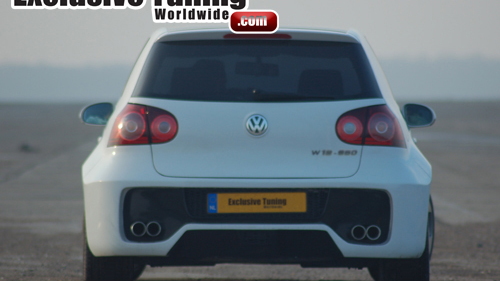 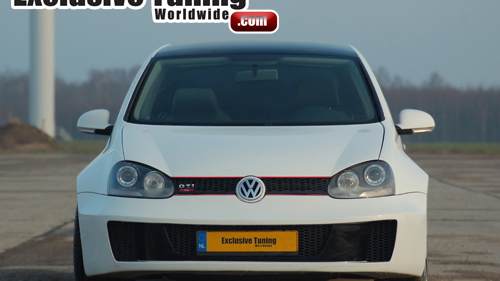 9
photos
Undoubtedly one of the most extreme concept cars to ever come out of Volkswagen’s design studios, 2007’s Golf GTI W12 650 dropped plenty of jaws - not only because of its twin-turbocharged W12 engine but also because of its overt styling. Unfortunately, VW never had any plans to build the car but if you are looking for something similar for your own Mark V Golf then Europe’s Exclusive World Tuning (EWT) may be worth a call.

Designed exclusively for the three-door Golf hatch, the EWT kit adds new front and rear bumpers, a pair of side skirts, pumped fenders at all four corners, a revised trunk lid and a new grille matched with sporty mesh inserts.

Other details include 19in forged alloy wheels and a quad pipe exhaust system. For just that extra bit of authenticity, EWT will even fasten a ‘W12 650’ badge. Sadly, there’s nothing in the car that borrows from the original concept’s 650hp (477kW) W12 powertrain.

Pricing starts at €12,000 for the complete kit but given the level modifications included this is not unreasonable. Still, it would have been nice to see at least some kind of minimal engine work done.
Via: Autoblog.nl