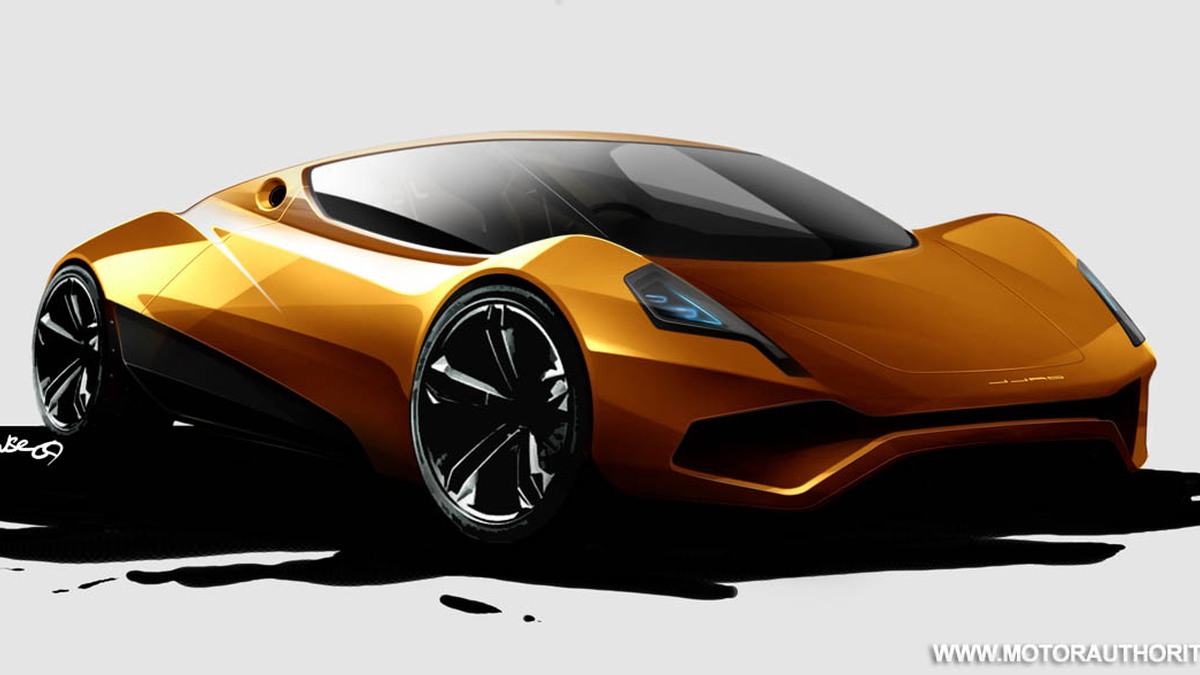 1
photos
Almost a year ago we first reported about a new lightweight British sports car designed by former McLaren Cars employee Jim Dowle. The car was codenamed ‘Project 001’ and it was to be the first development of Dowle’s new engineering outfit, JJAD. Not much has been heard about JJAD and its Project 001 since then but now details about an all-electric roadster from the small British start-up have surfaced.

JJAD's latest project is called the P1-E and it will be based on the same platform being developed for Project 001. The design of Project 001 and the P1-E has been inspired by cars like the Lancia Stratos and Lotus Exige, but unlike the two classics JJAD’s cars will be very advanced and feature the latest in automotive technology.

The P1-E will be powered by lithium-ion batteries and will have a claimed 0-60mph time of just 2.9 seconds and a top speed of 130mph. To improve performance, weight will be kept low. The car’s body will be made of lightweight composite panels pinned to a carbon-fiber and aluminum tub. The final kerb weight is expected to be just 1,055kg. The P1-E is expected to have a driving range of 200 miles on a single charge.

Power will come from two electric motors, one at each axle, and will measure in at a combined 390hp and 590lb-ft of torque. Four-wheel drive endows the car with maximum traction. It also allows regenerative braking on each wheel, the energy gained from which is used to top up the batteries.

JJAD will build three prototypes over the next couple of years and is hoping to build and sell up to 500 cars by 2012.