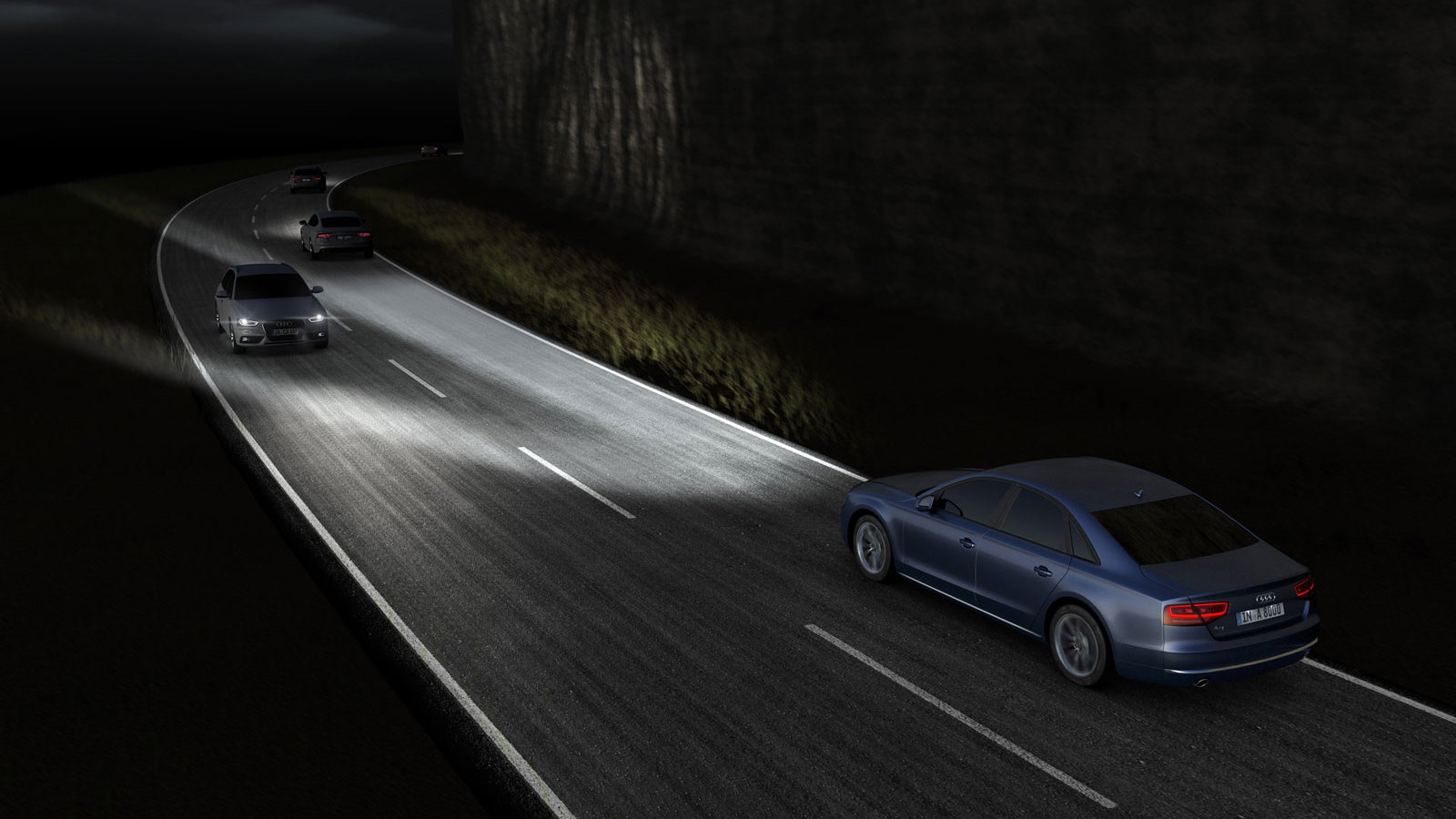 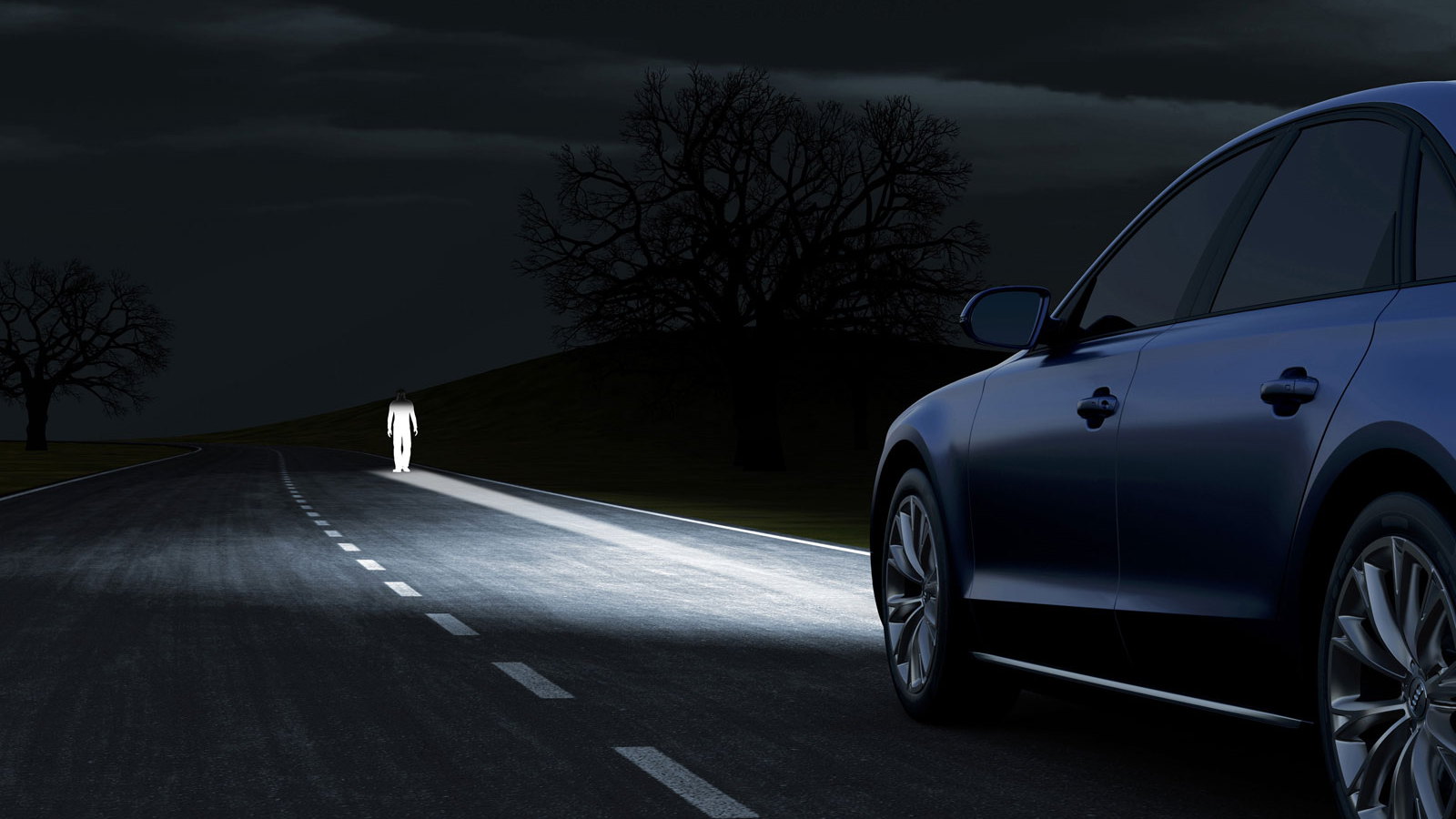 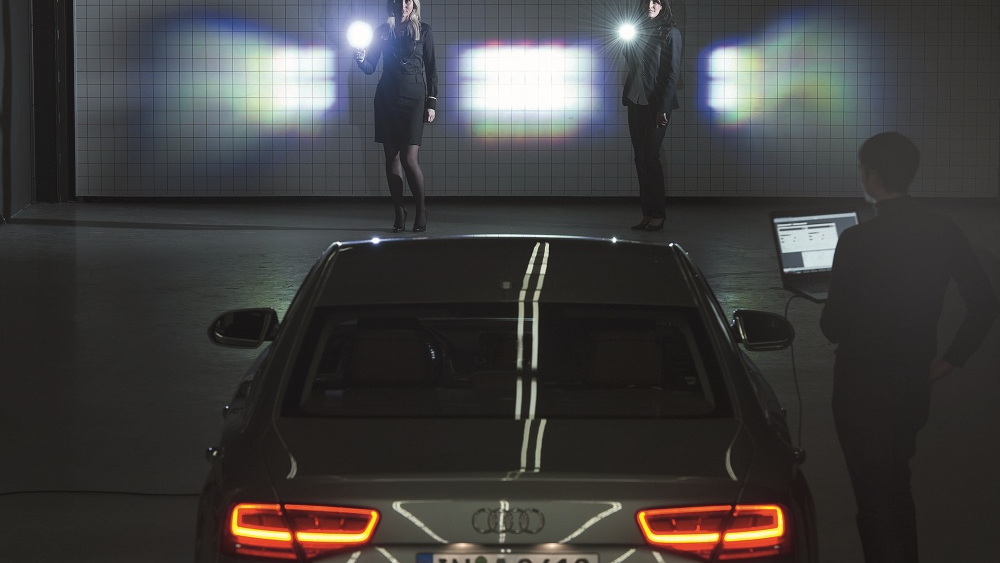 Audi has developed high-beam headlights that can detect other vehicles on the road and dim part of the light beam so that they don’t blind other drivers while at the same time continue to cast their full light in the areas surrounding the other vehicles. This works because the light beams are created using numerous LEDs—about 25 per headlight unit—spread over a grid, and these can then be individually controlled depending on the situation.

The technology is called the Matrix LED and at present only works when the driver switches on the high-beams and selects the headlights’ automatic function. The headlights get their instructions from a computer that processes images of the road taken by an on-board camera. In built-up areas like around town, the Matrix LED function only starts working at speeds above 60 kmh (37 mph), and out of town it’s activated at speeds above 30 kmh (18 mph).

In addition, the Matrix LED headlights also function as a cornering light. Using predictive route data supplied by the navigation system, the focus of the beam is shifted towards the bend even before the driver turns the steering wheel. These first two functions are demonstrated in the video above, but there’s one more benefit.

There is also a marker light that works together with the optional night vision assistant. As soon as a pedestrian is detected in front of the vehicle, individual LEDs flash briefly three times in succession to alert that person, who is then clearly visible to the driver.

The Matrix LED technology made its debut on the 2015 Audi A8, although we haven’t seen it in the U.S. yet. The reason is that local rules stipulate a car’s headlights must have separate high- and low-beam settings. However, Audi’s Matrix LED technology, which controls the high-beam function of the headlight, means the high-beam setting creates both high- and low-beam light. Audi, along with other automakers developing similar technology, is currently lobbying to get this rule changed.