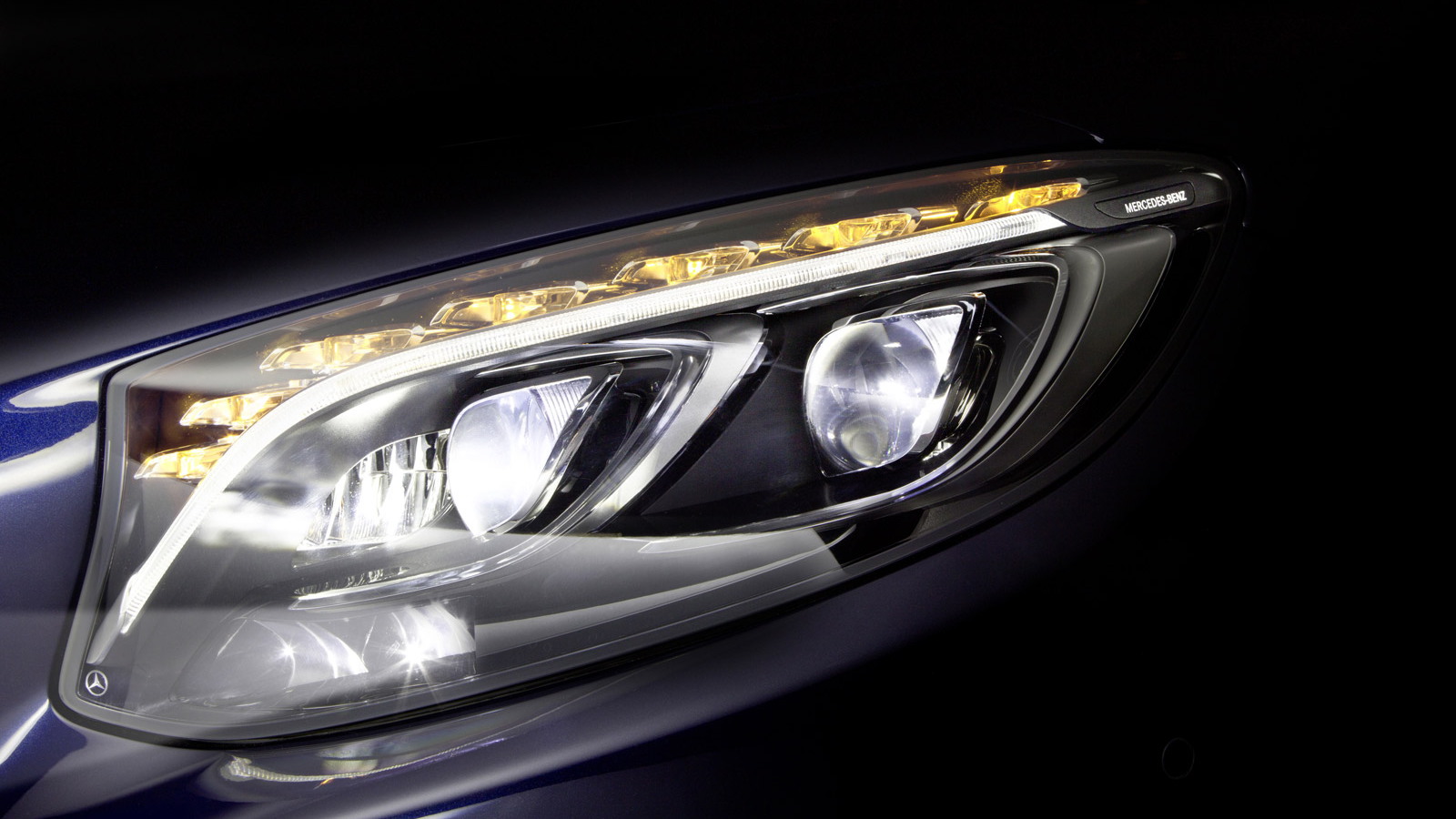 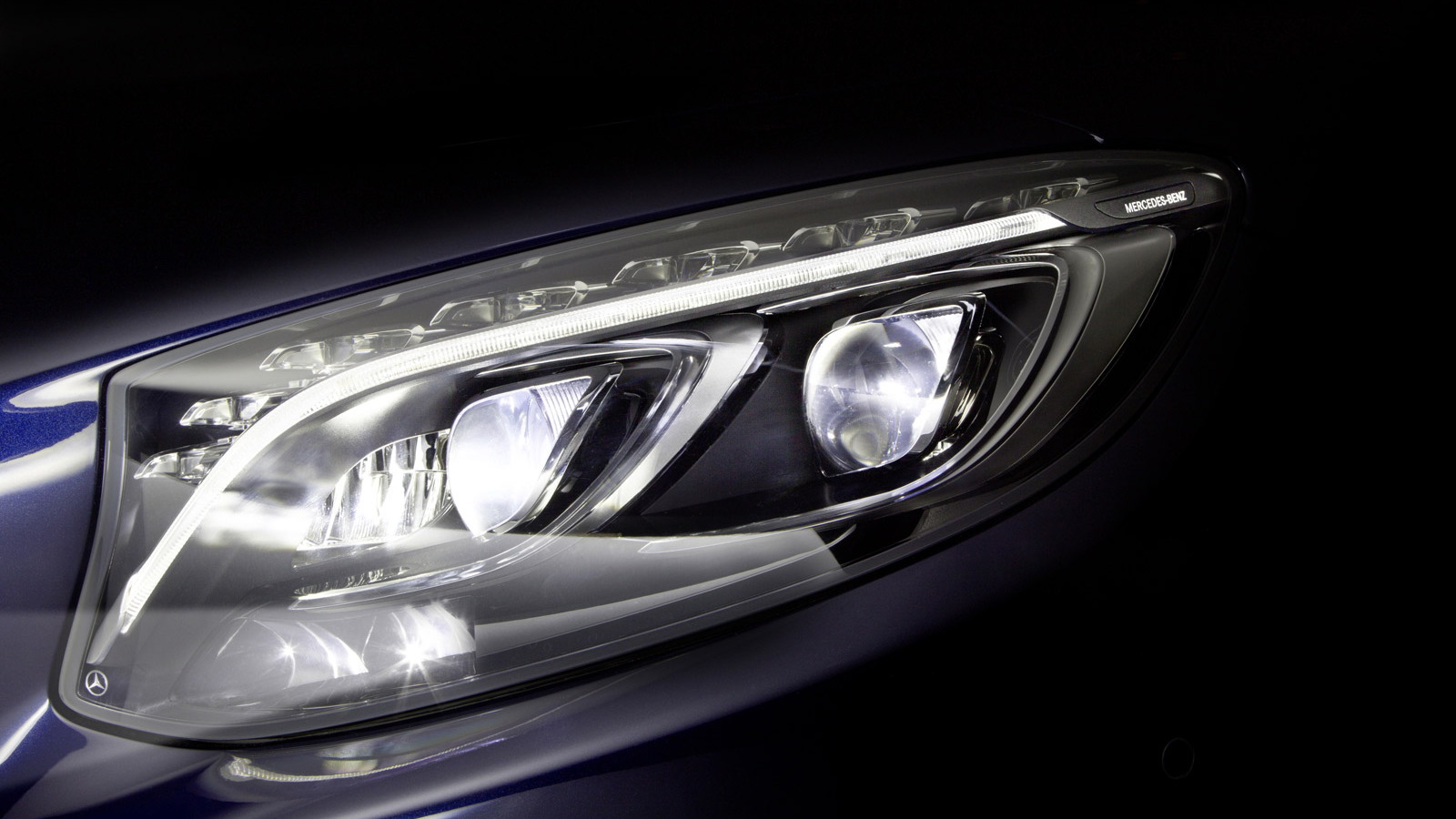 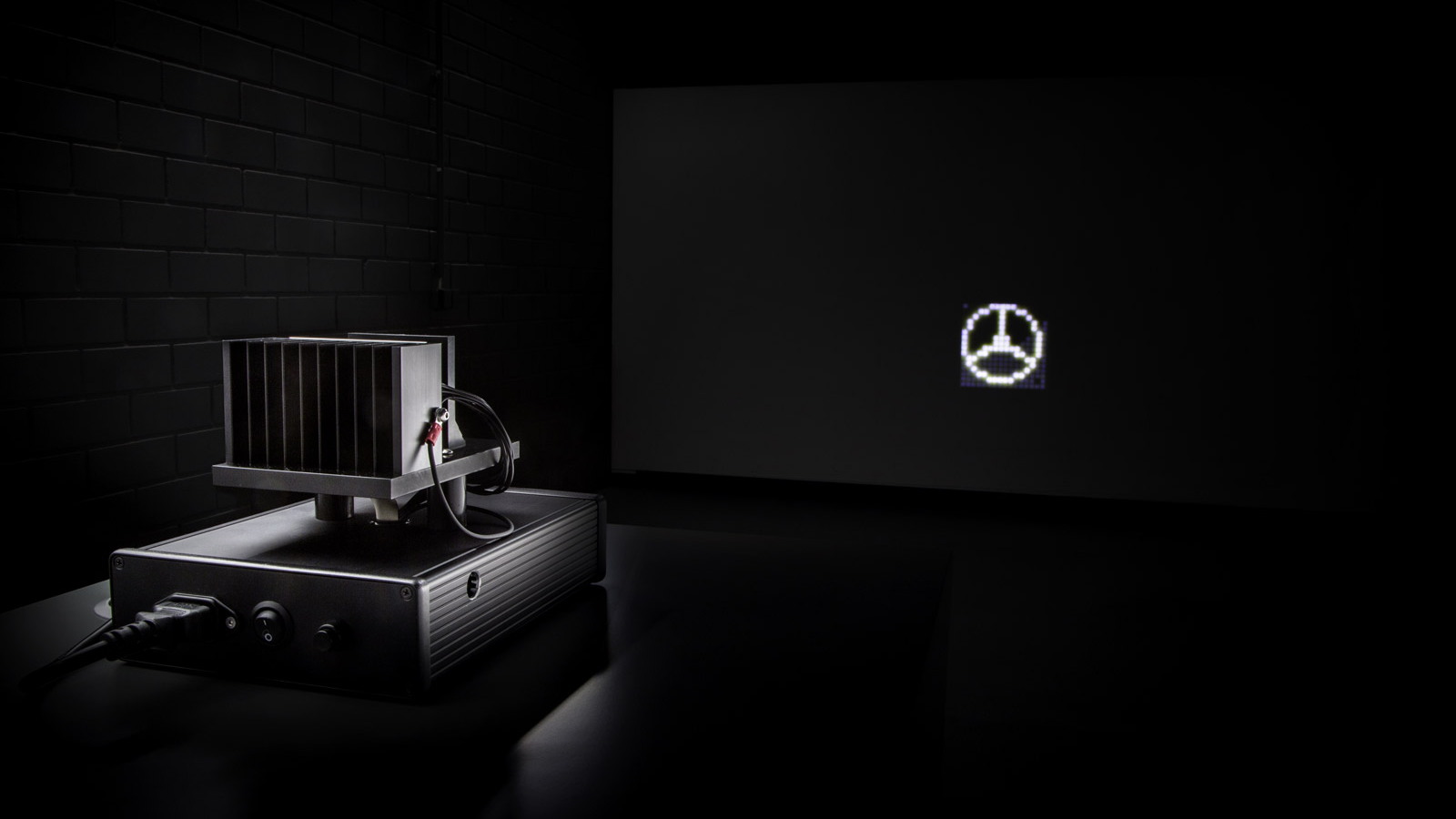 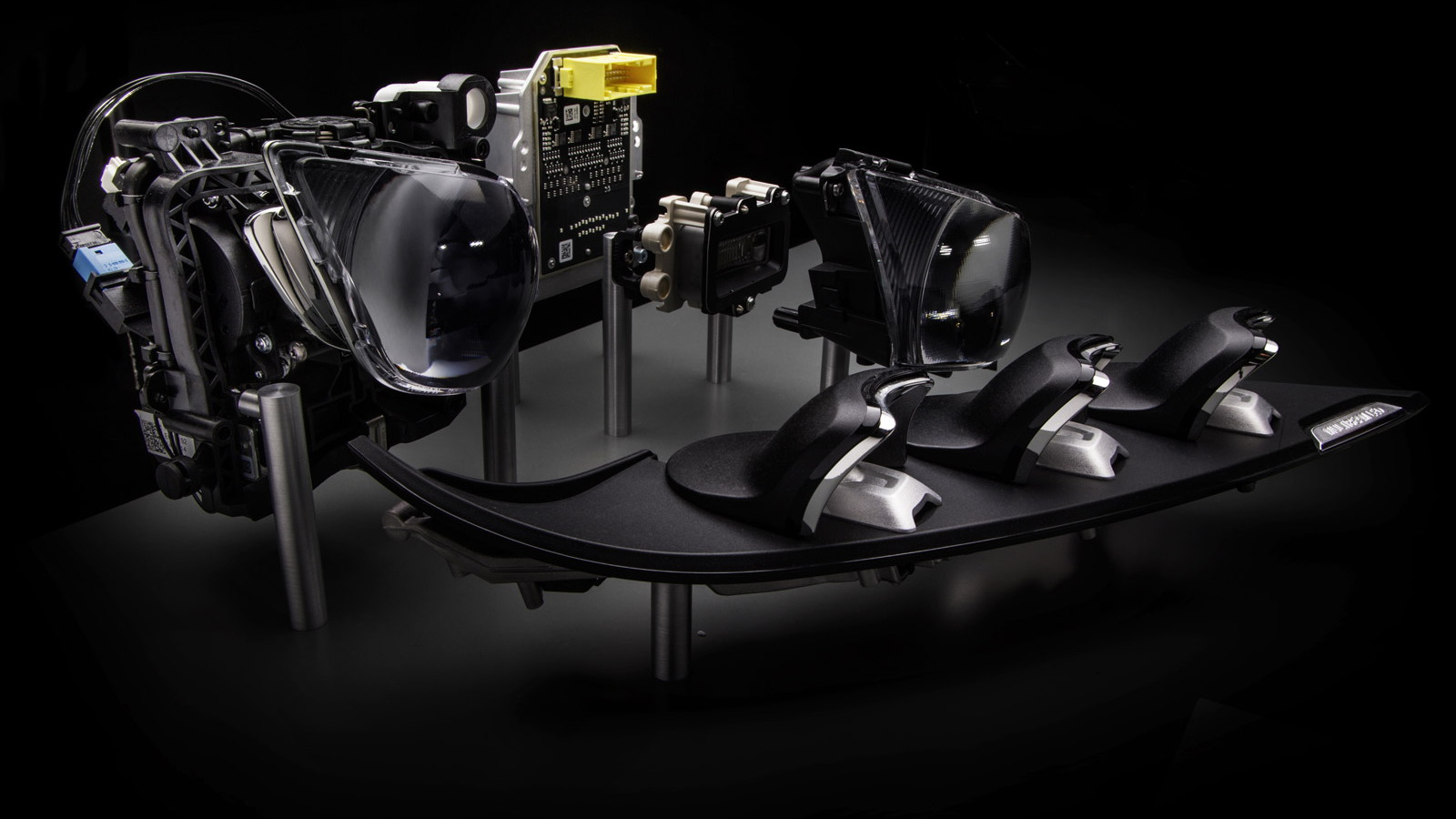 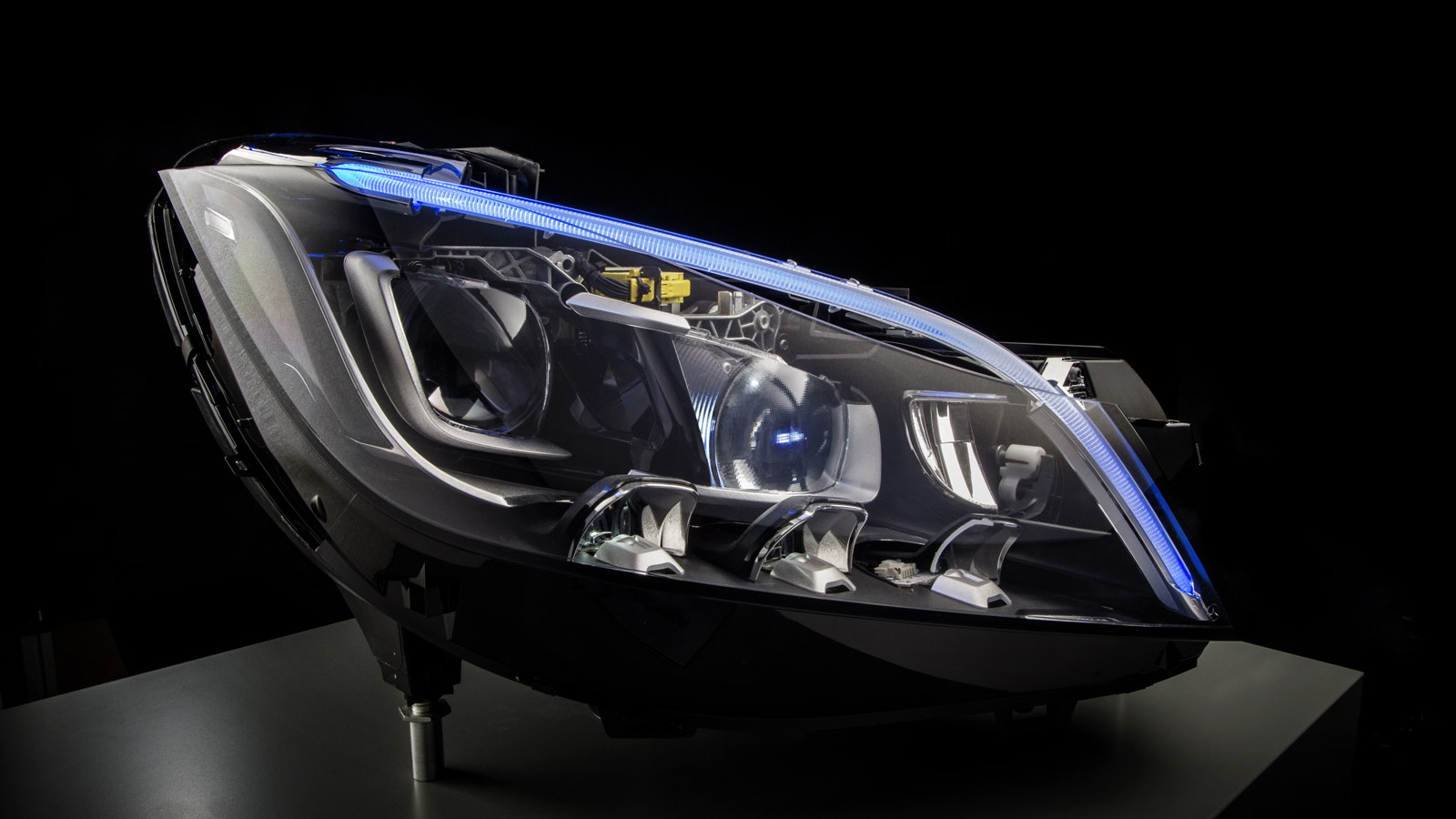 Mercedes-Benz recently revealed the MULTIBEAM LED headlights that will debut on the 2015 CLS-Class, but with the ongoing German headlight-tech arms race, it isn't stopping there.

The newly-launched system uses 24 individual LEDs in its high beam that can be electronically controlled. This "gridding" allows the light distribution on either side of the headlights to be more tightly controlled, keeping the light focused straight ahead as much as possible. It's all managed by a camera positioned behind the windscreen and four control units, which adjust the lighting pattern up to 100 times per second.

Mercedes says the setup is clever enough to direct light away from oncoming cars, so the high beams can stay on at all times. Other cars are mechanically masked out of the beam's path to prevent drivers from getting blinded.

The Stuttgart carmaker wants to take this technology further, though, and that means adding more LEDs. Mercedes says headlights are like digital cameras in this respect—more points of light, or pixels, equals better. So Mercedes is working on a MULTIBEAM setup with 84 individual LEDs, and believes a resolution of 1,024 pixels will be attainable in the next few years. More individual lighting elements are expected to yield more control, to the point where lighting can be controlled digitally, without any mechanical actuators physically repositioning things.

Mercedes also plans to launch a 'High Range' LED high beam, that can cast light up to 600 meters (about 1,968 feet) ahead. The company claims it can achieve this performance with LEDs at a much cheaper cost than the laser headlights developed by rival BMW.

Mercedes hasn't set a timeline for this future tech, but so far it doesn't look like the 2015 CLS-Class' MULTIBEAM LED lights will make it to the U.S., due to regulations requiring headlights to have separate high and low beams.