Volkswagen has announced several new technologies that will be making their way into its cars in the not too distant future. Headlining the list is a new diesel engine that displaces just 2.0 liters but churns out 268 horsepower. No torque figure has been mentioned but insiders have suggested around 370 pound-feet or more is possible. VW also reiterated plans for a 10-speed DSG dual-clutch transmission.

VW already has a 2.0-liter diesel engine that delivers 236 hp and 368 lb-ft of torque, which it debuted in the Passat sold outside the U.S. By adding a variable valve timing system, further optimizing the gas exchange cycles and installing an electrically-driven turbocharger, engineers have managed to boost power to the aforementioned 268 hp.

The electrically-driven turbocharger is the same design previewed by fellow Volkswagen Group brand Audi. An electric motor is used to spin the turbocharger’s compressor at zero to low revs, with high-pressure exhaust gasses taking over at higher revs. Volvo has also shown a concept engine featuring this technology and many other automakers are working on their own versions. 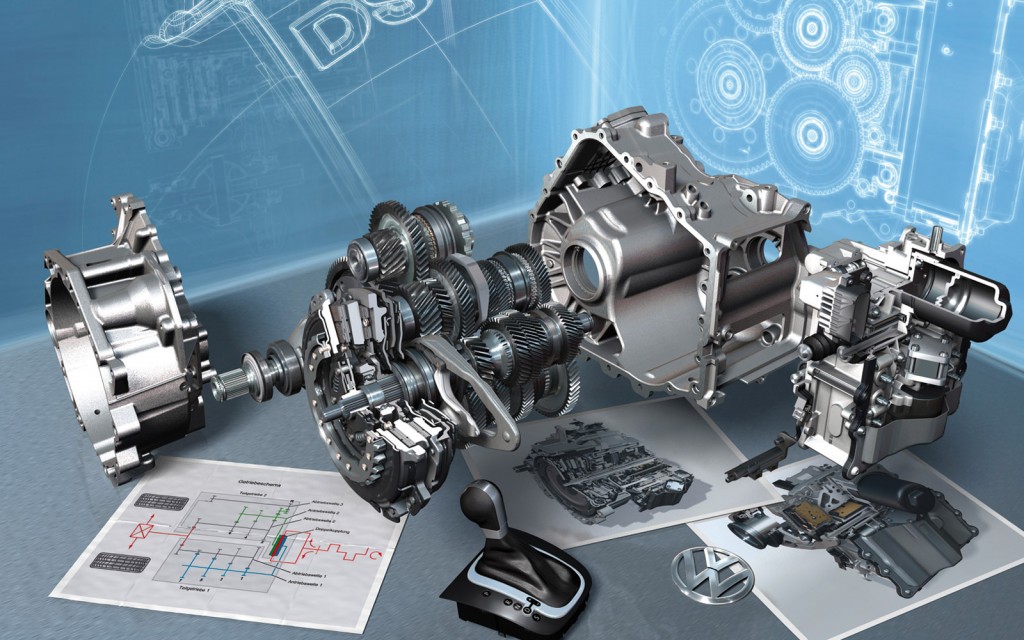 As for the 10-speed DSG, VW says the unit can handle torque figures as high as 405 lb-ft, suggesting that it may be a good partner for the new 2.0-liter diesel. The transmission is expected to start appearing in VW cars around 2016. Due to the efficient layout of its gear steps, it helps lower fuel consumption compared to existing six- and seven-speed designs.

Further savings can be brought about by a coasting function VW plans for its future drivetrains. Described as a next-generation engine stop-start system, the new coasting function deactivates an engine at low speeds (i.e. below 5 mph) or during high-speeds when the driver takes his or her foot off the accelerator. When required again, VW says the engine is restarted quickly and “extremely” comfortably.

These technologies are part of VW’s continuous efforts to reduce the average fuel consumption and emissions of its vehicles 25 percent compared to 2010 levels by the year 2018.