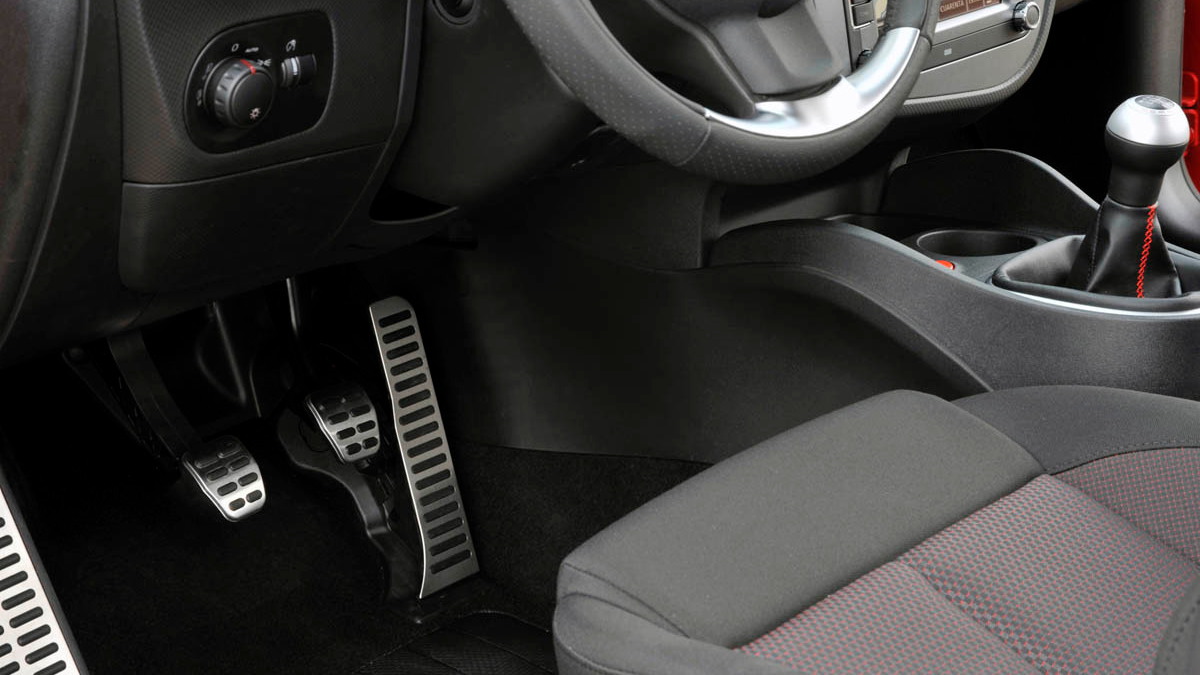 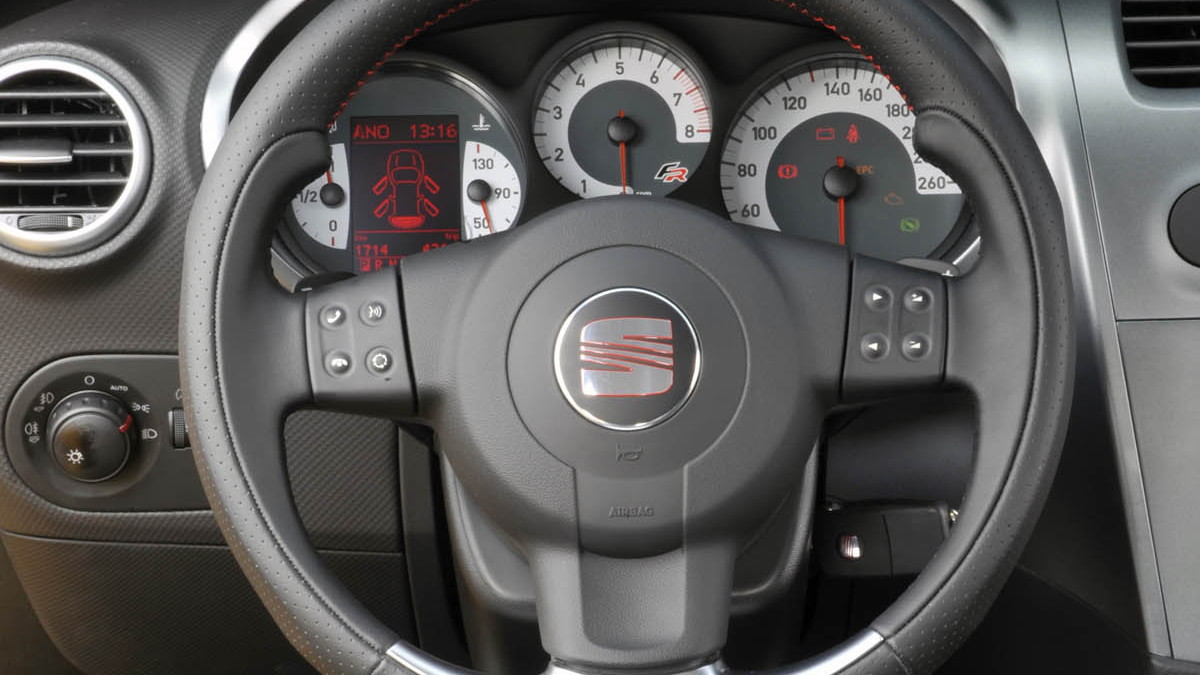 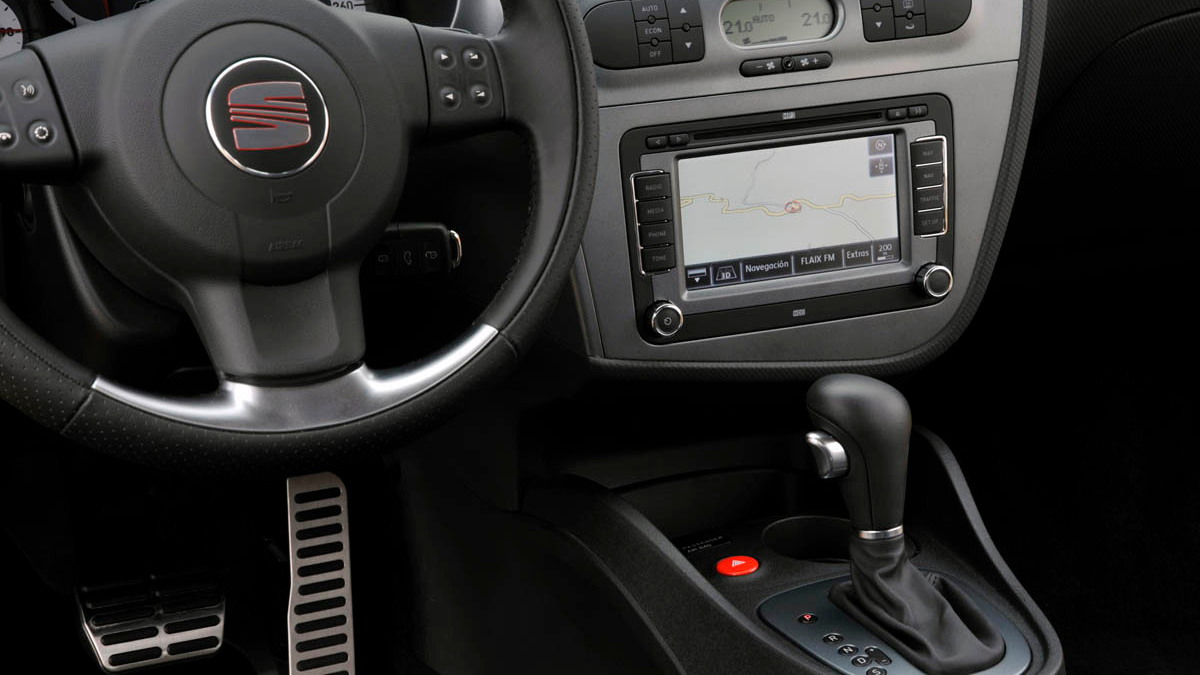 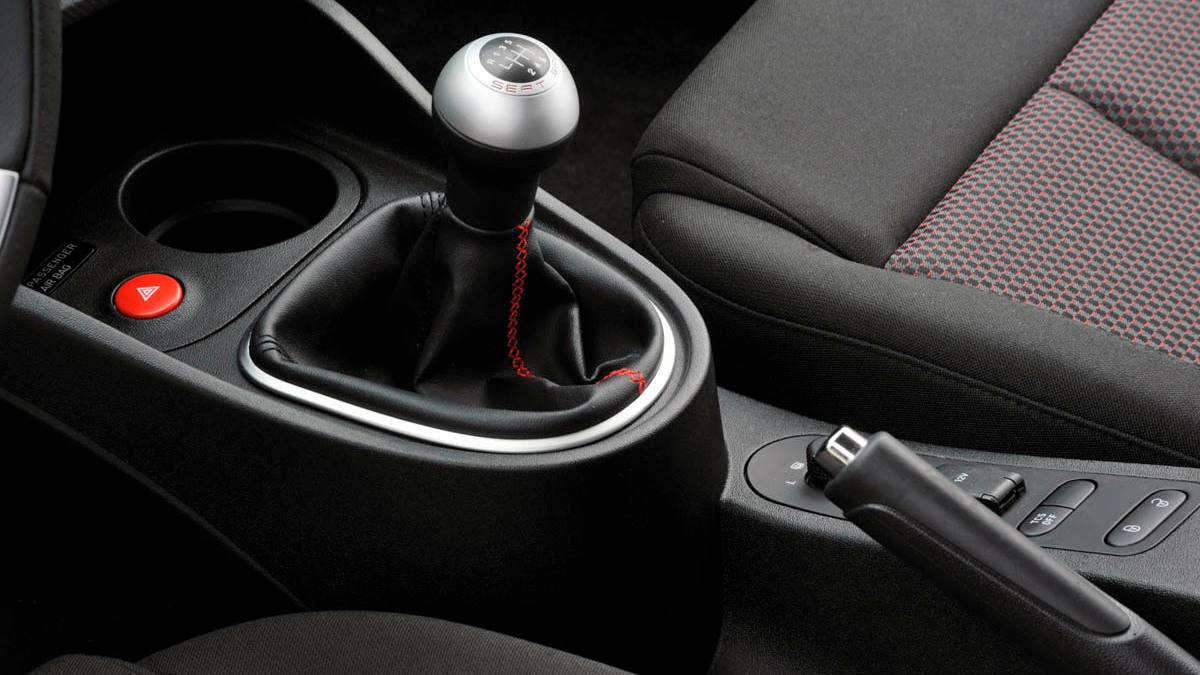 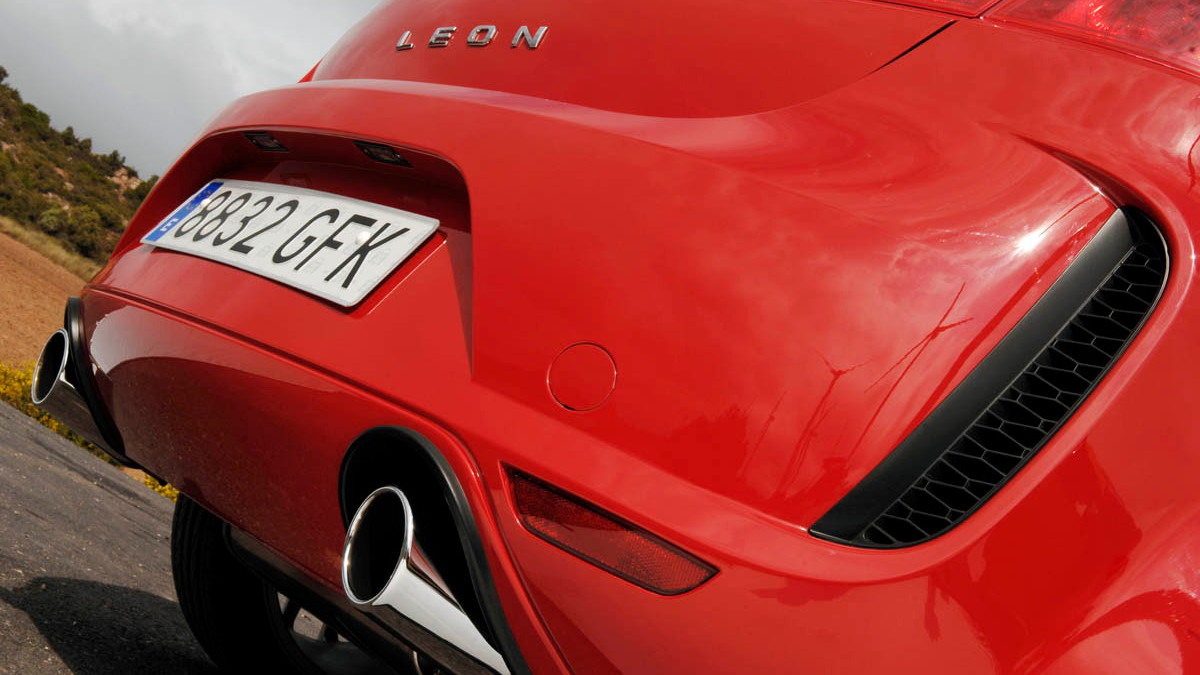 32
photos
The Seat Leon hatch is in the midst of its second generation, with a facelift expected early next year. The all-new Linea R version of the car has come early, however, featuring a range of engines and a fresher design.

The primary visual updates include a new set of 18" 'Supercopa' wheels with five sets of double spokes. Chromed door mirrors and logo-bearing door sills and B pillars complete the Linea R package from the side-view. At the rear, the lift-gate spoiler and rear bumper give the car a unique look. The honeycomb grille up front bears the Leon look. A stainless steel exhaust modeled after the sound of the World Touring Car Championship (WTCC) racers built on the Leon platform gives the car sound to match its looks.

Inside, aluminum sport pedals, a leather steering wheel and Seat sport gear knob carry the sporting feeling from the outside. Well-bolstered and snug front seats provide the support needed for enthusiastic driving. A full range of safety features, including ABS and ESP are fitted as standard, plus airbags and traction control.

The Leon Linea R is available now for the Spanish market, joining the FR version at the sporty end of the Leon lineup, though neither approach the hardcore levels of the limited edition Leon 'Copa'.