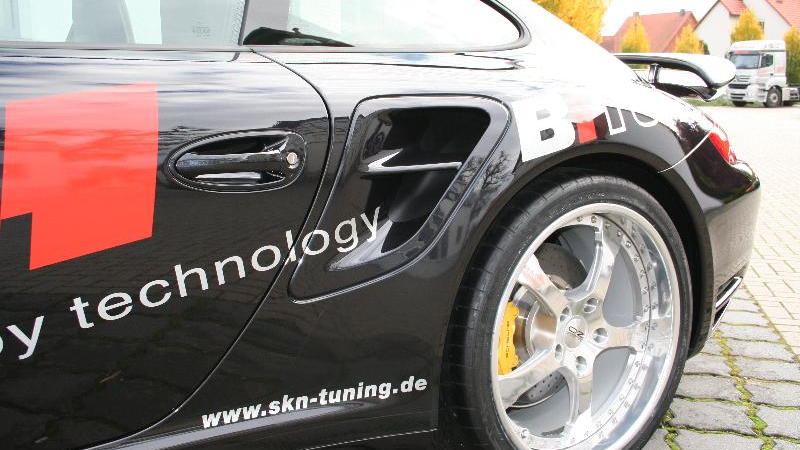 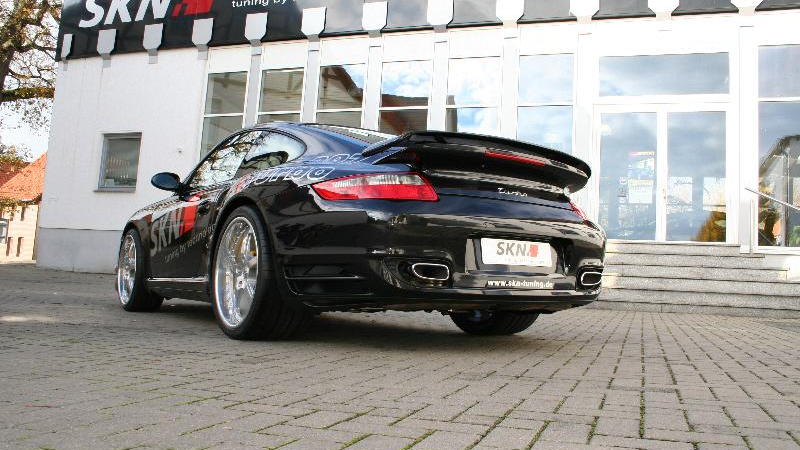 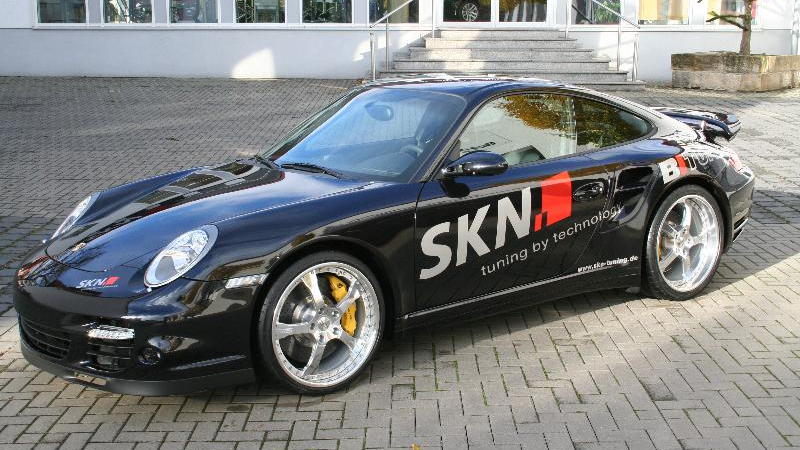 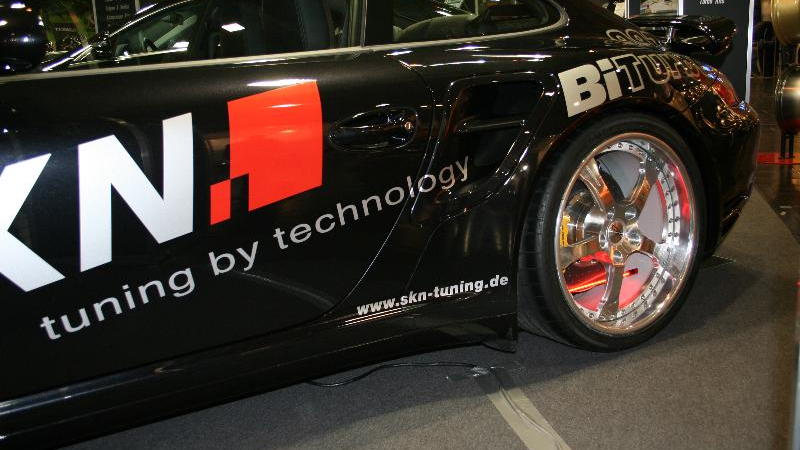 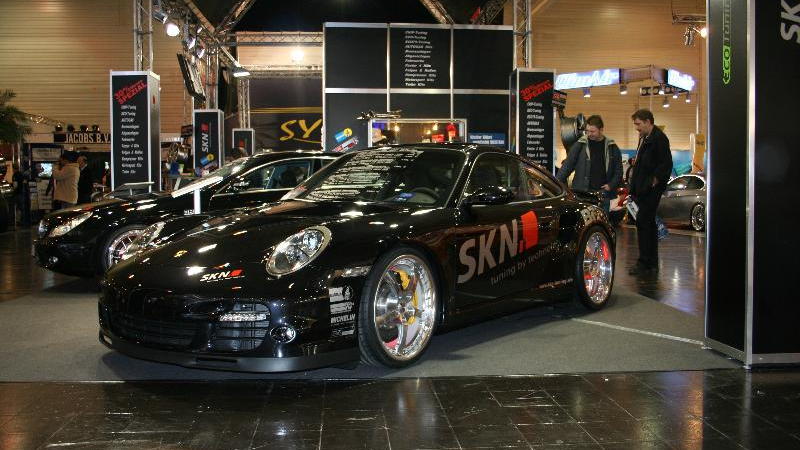 8
photos
Porsche is mid-way through updating it's lineup for 2009, though the Turbo hasn't yet received the new features that are expected to come with the facelift. SKN isn't worried, however, since its version of the 997-generation 911 Turbo comes in three flavors, even the mildest of which is sure to give the facelifted car a run for its money, thanks to the addition of another variable turbine geometry turbocharger.

Other features of the SKN Porsche tuning program include custom wheels from OZ or BBS, upgraded shock absorbers, a precision wheel alignment and new springs. An SKN brake kit for cars without the ceramic brake disc package is also available, adding six pistons and a 370x35mm disc up front and four pistons on the same size disc in the back.

The tuning kits start at €2,990 for Stage 1, increasing €1,000 per level. All add-ons, including the wheels, suspension upgrades and brake kits, are priced extra.