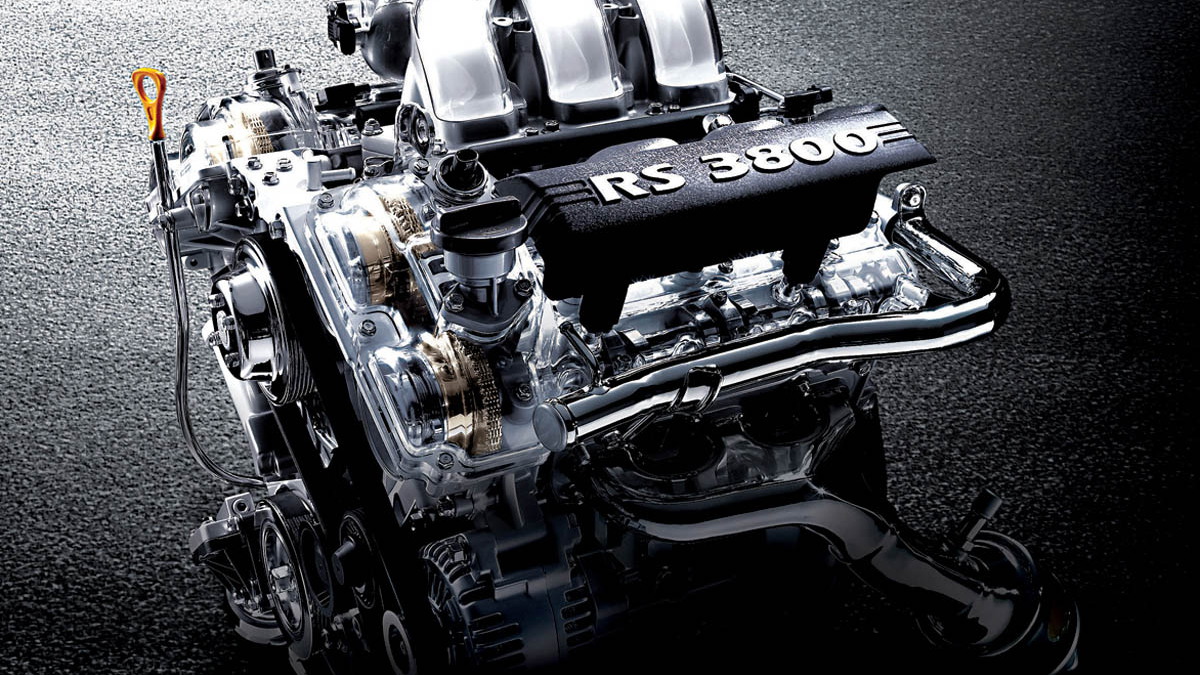 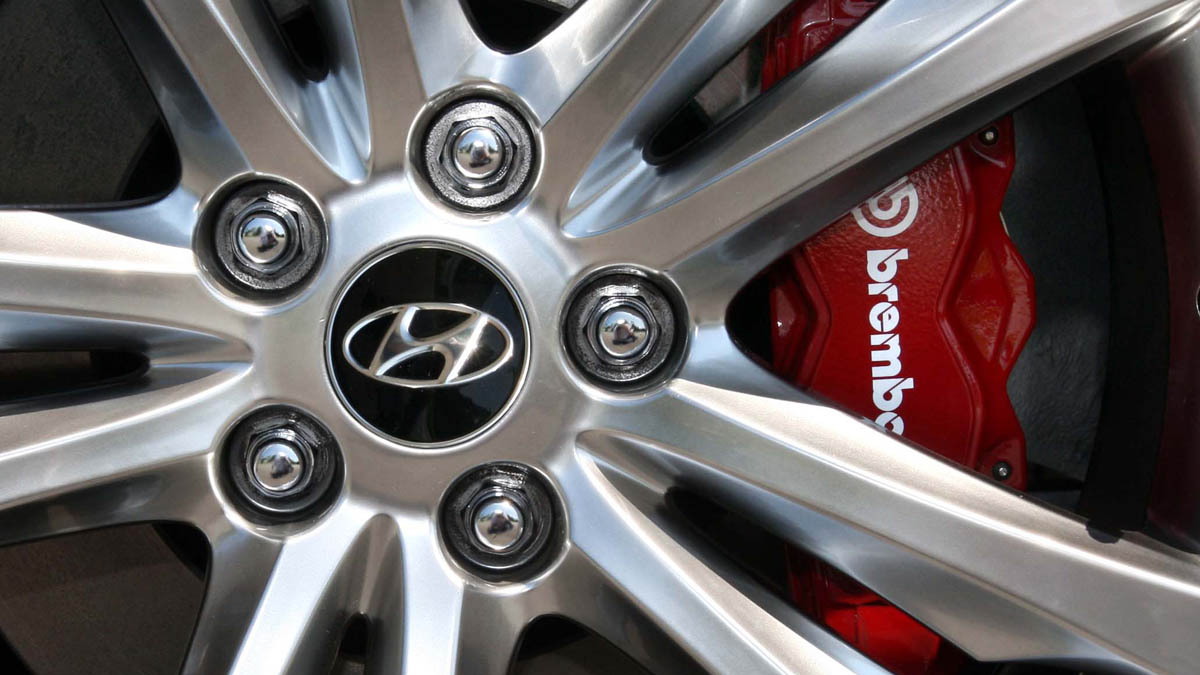 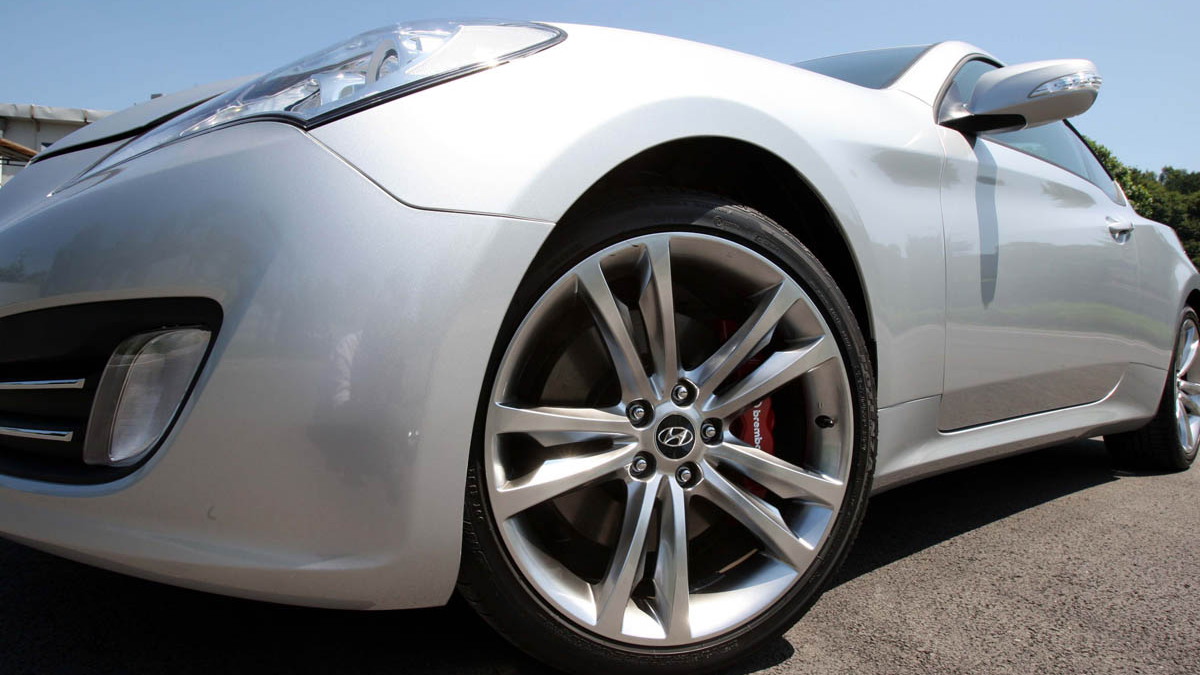 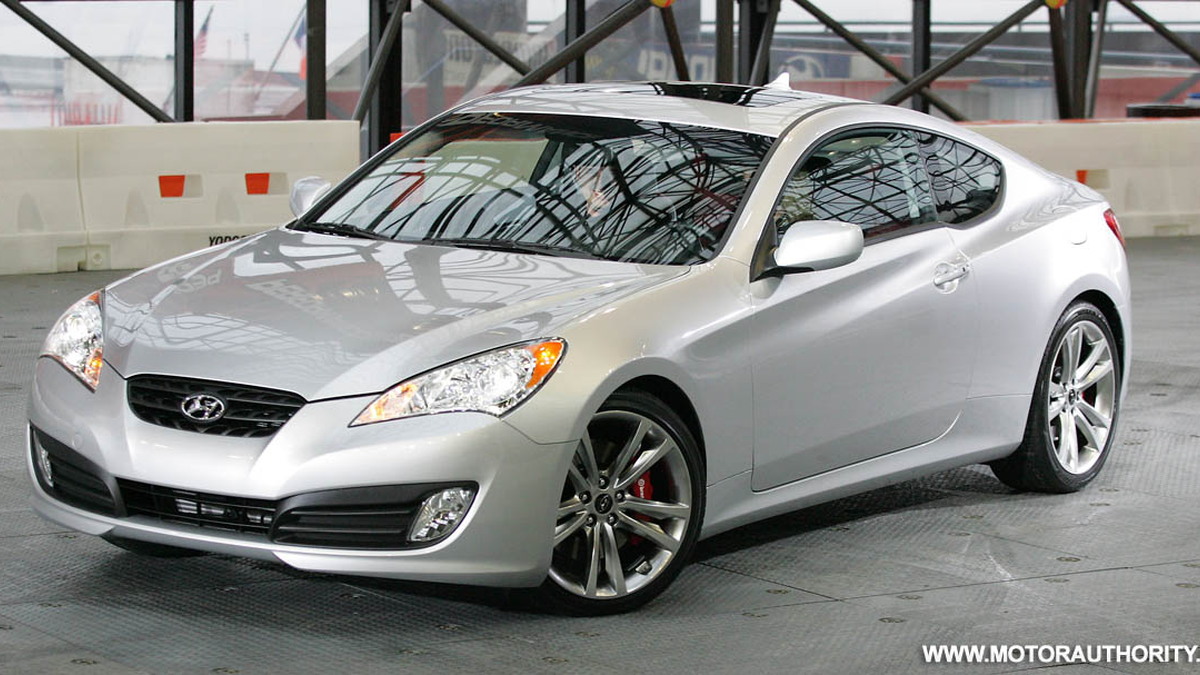 37
photos
As Hyundai moves up the ranks of the global sales charts, so too does it strive to rise to new heights of quality and value. The next step on that path was taken earlier this month with the launch of the Genesis Coupe in Seoul, and now the company as finally revealed fine-grained details on the weight, power and capabilities of its Genesis lineup.

The mechanical details focused primarily on the sport-oriented Coupe, but the Sedan's weight and competition range was also revealed. Checking in at 3,748lb in V6 trim and 4,012lb with the Tau V8 under the hood, the Genesis is both stiffer and lighter than its competition at Lexus and Mercedes-Benz, though both the Japanese and German carmakers offer wider ranges of engine choices and trim levels.

For the Coupe, there are no fewer than seven levels of trim, four matched to the 2.0T engine and three with the Lambda V6. Both engines are available in base and Track configuration, but the 2.0T also features Premium and R-Spec models while the V6 replaces those with the Grand Touring package. Both the Track and R-Spec versions of the 2.0T will be available only in six-speed manual transmission form, and the R-Spec isn't expected to be among the first cars shipped, waiting instead for a later debut.

Some of the special features that set the Track model apart are 19" Euroflange wheels, Brembo brakes with 13.4" rotors and four-piston calipers up front and 13.0" discs and four-pistons doing duty in the rear. The suspension gets a tauter tuning, with higher spring rates and thicker anti-roll bars. A Torsen LSD helps put the power down and a range of appearance features including a rear spoiler and HID Xenon headlamps give it a unique look. The R-Spec builds on the Track package, aiming squarely for the tuner market but offering the highest-level platform from which to start. Its primary upgrades are inside the cabin, where a host of electronics and iPod connectivity are found.

The 3.8L V6 base package features black leather seating, automatic climate control and a choice of either six-speed auto or six-speed manual transmissions, while the Grand Touring replaces the black leather with brown and adds power driver seat, an upgraded stereo, smart key system, HID Xenon headlamps and by mid-year, navigation as an option. The Track package in V6 trim reverts back to black leather seats, but adds the tuned suspension and Brembo brake kit also found on the 2.0T Track model.

For the U.S., fuel efficiency figures for the Sedan clock in at 25mpg highway while the 2.0T Coupe manages 30mpg highway. "While some turbochargers sacrifice smooth drivability with high operating boost pressures in the 20 psi range, Genesis Coupe uses a refined, low-boost calibration for smoothness and efficiency," said Derek Joyce, Genesis Coupe product manager. "We could have opted solely for big performance numbers, but our focus for the 2.0T was a more balanced package."

That balance-seeking extends to the car's weight, which though not particularly light at 3,402lb (1,546kg) in 3.8L V6 form (roughly 100lb less in 2.0T trim), still manages to come in about 170lb (77kg) less than the BMW 335i, 200lb (90kg) less than the G37, 300lb (136kg) less than the Camaro LS and about 400lb (180kg) less than the Challenger, despite generating about the same power - on paper - as each of the others. That puts the Coupe's power-to-weight ratio in the neighborhood of 11.0lb/hp - enough to beat all of the opposition by 1-4lb/hp, according to Hyundai. That doesn't account for the generally agreed-upon under-rating of the 335i, the as-yet onlly hypothetical rating of the Camaro's engine, or the considerably lower power of the 2.0T models, but it does show that Hyundai isn't merely playing games with this car, and that it really is in an entirely different league from the Tiburon.