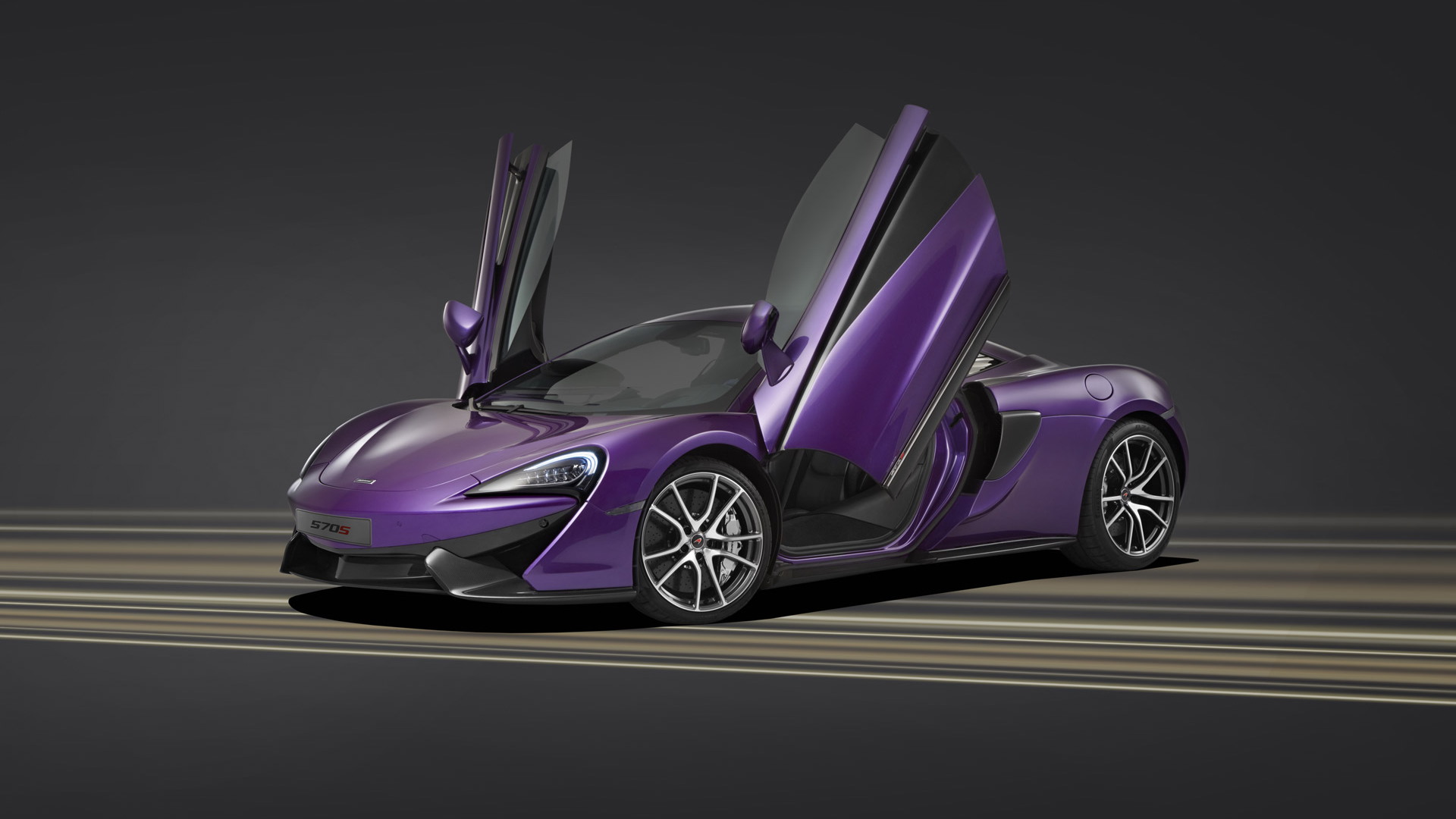 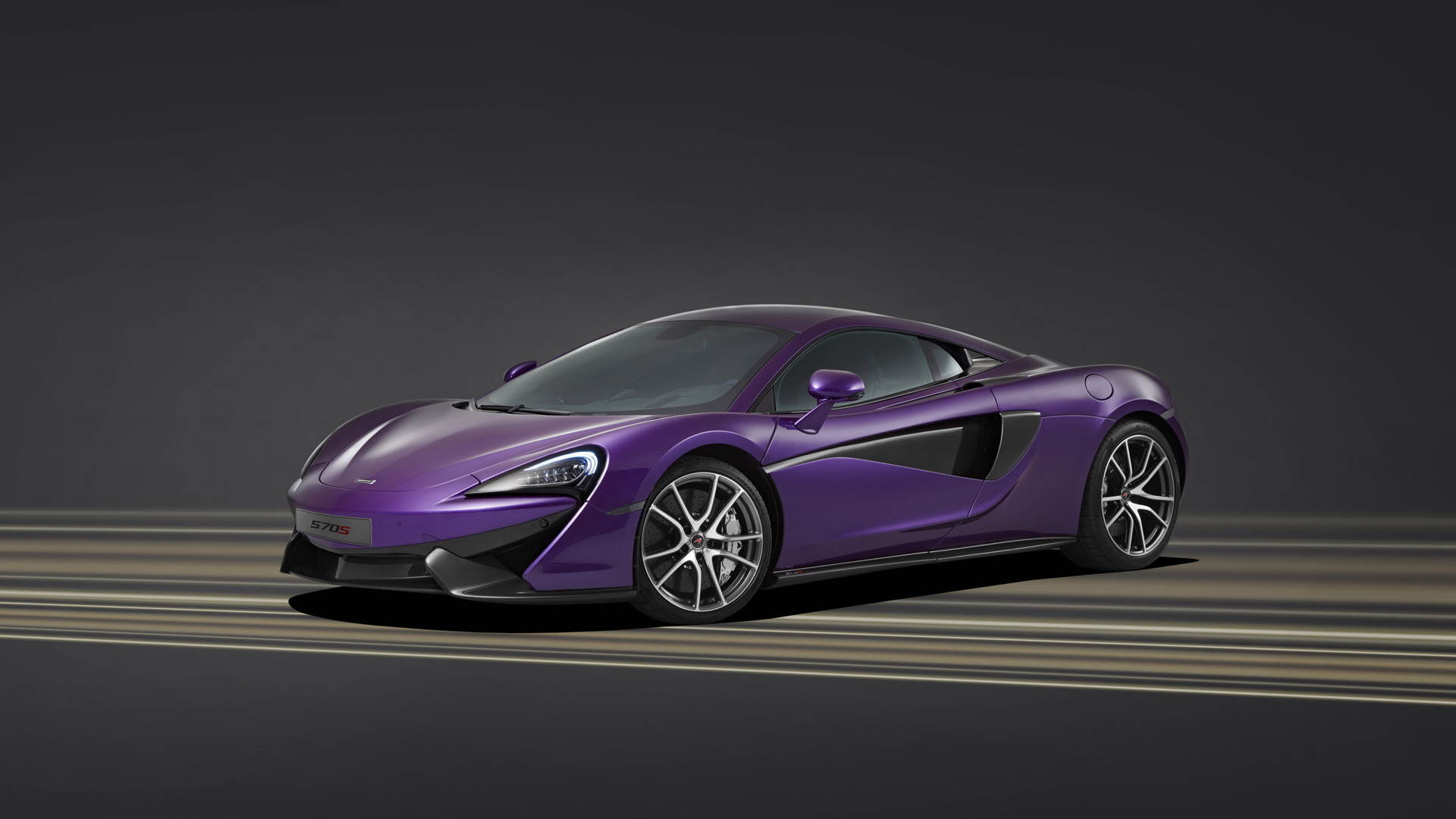 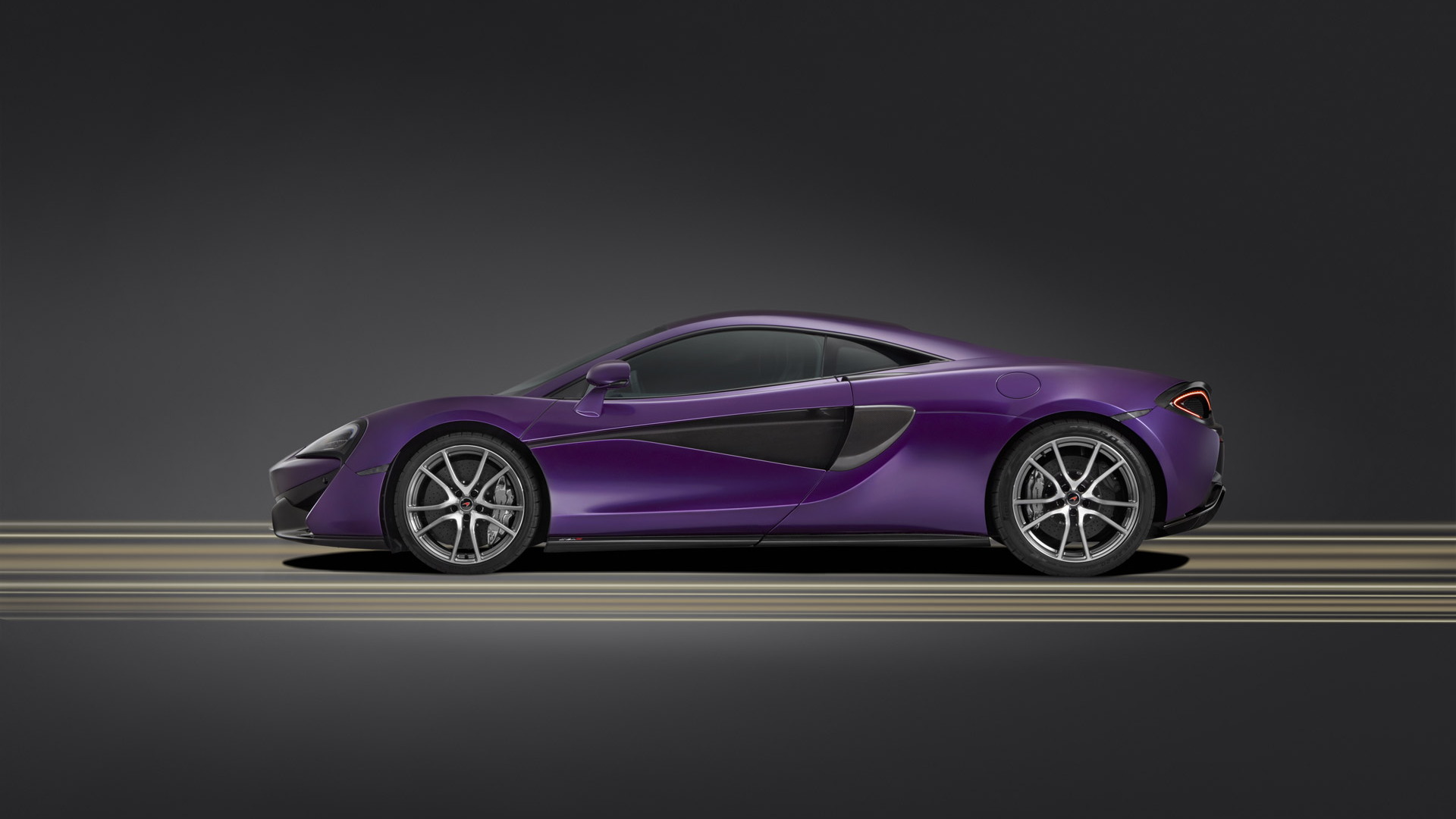 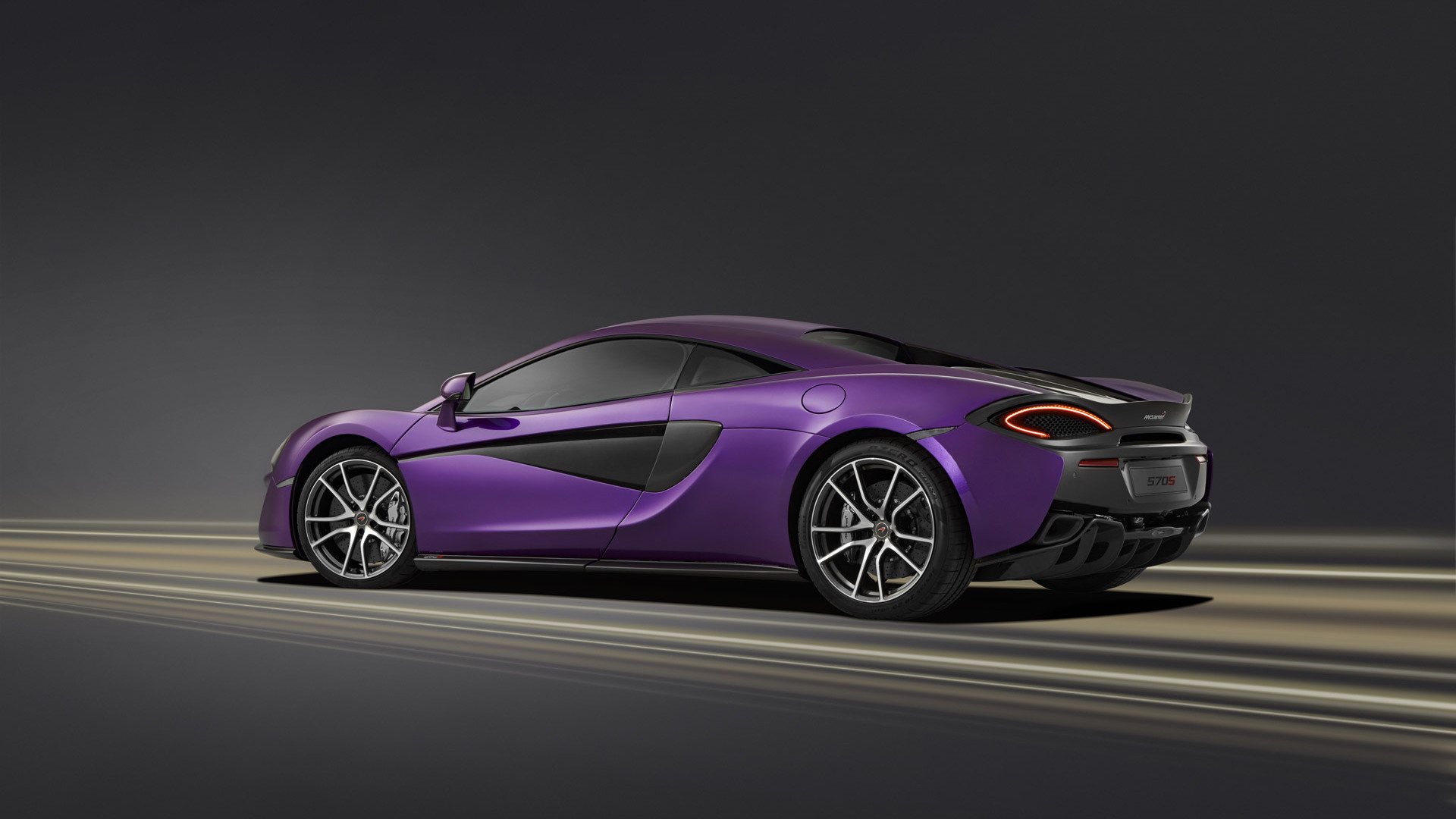 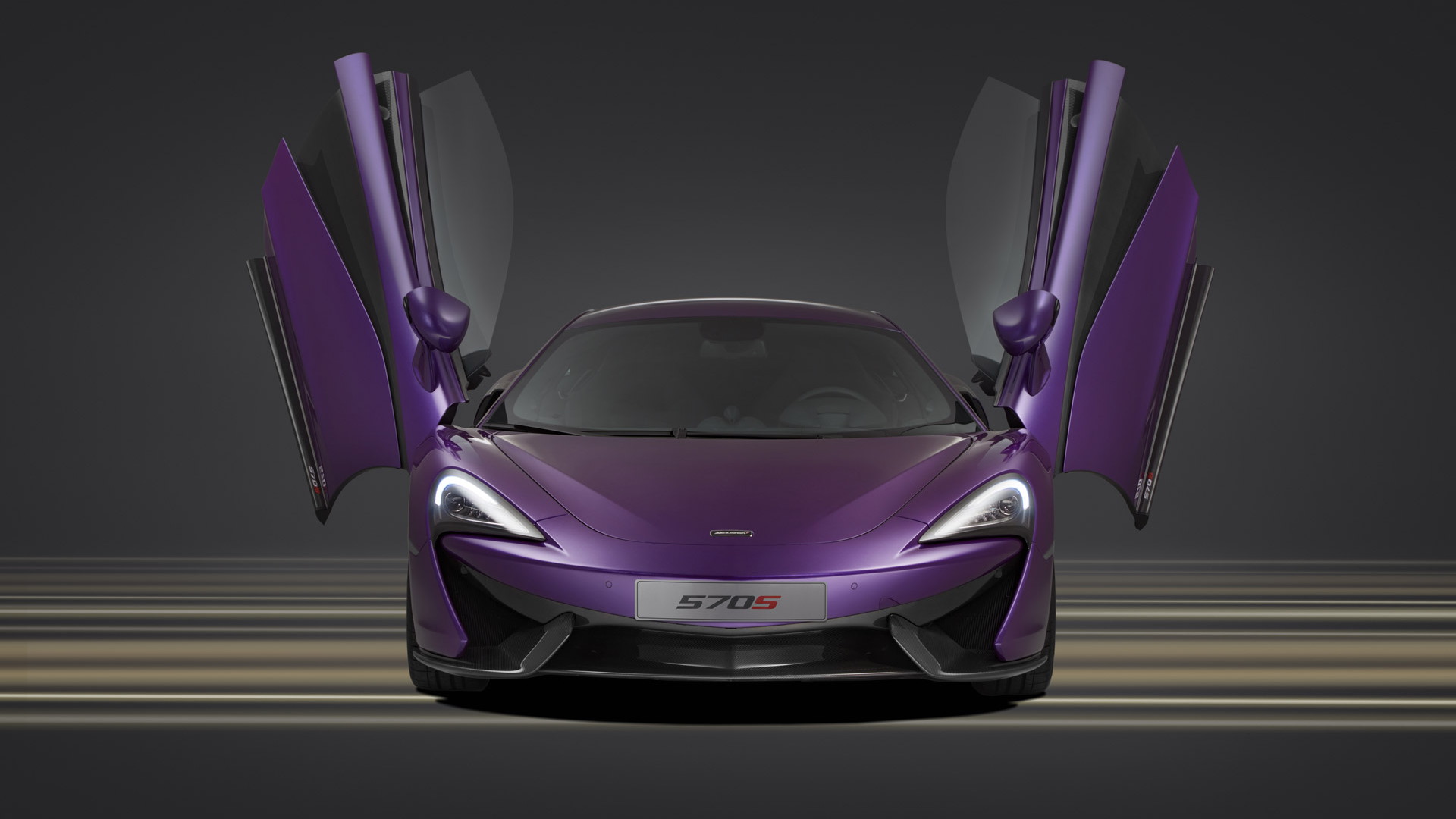 It was at the 2012 Pebble Beach Concours d’Elegance that McLaren’s personalization department, McLaren Special Operations, had its coming out party. It was where we first saw the polarizing X-1, a custom-bodied supercar that was based on the bones of the 12C and showcased the extent of MSO’s capabilities.

Fast forward to today and MSO is now preparing a return to the manicured lawns of the Pebble Beach Concours with two new commissions, though the latest round of cars is just a tad more subtle than the X-1. They are based on McLaren’s new baby, the 570S, the only variant of the entry-level Sports Series range presently on offer in the United States.

Two examples have been created. One, previewed today, is finished in a purplish paint finish that MSO calls Mauvine Blue. The car also features an interior lined in Carbon Black leather and accented with contrast stitching. The second 570S by MSO has been finished in Ventura Orange and fitted with a handful of styling upgrades from the personalization department's catalog.

The Sports Series is designed to rival Ferrari’s California T and high-end versions of the Aston Martin Vantage and Porsche 911. Compared to its rivals, the Sports Series is a much more exotic proposition, though. Take the 570S for example; it features a 562-horsepower, 443-pound-foot twin-turbocharged 3.8-liter V-8 engine that’s mid-mounted in a carbon tub. It will hit 60 mph in just 3.2 seconds and max out somewhere around 205 mph. Pricing starts at $184,900.

Also in Monterey, McLaren will show off the 675LT and 650S Le Mans. The limited edition models represent the mid-tier Super Series range and are already sold out. The version of the 650S Le Mans being shown is finished in McLaren Orange, whereas the standard offering for the 20-car production run is Sarthe Gray (shown above).

Completing the lineup of McLaren models on display will be a 1996 McLaren F1 GTR. On loan from BMW North America which sponsored the car during its debut season, chassis #17R was campaigned by Team Bigazzi and competed at various races through the season including finishing eighth at the 24 Hours of Le Mans.

Finally, it’s also worth a mention that two very special McLaren models will be auctioned off in Monterey. One is a P1 finished in Volcano Red. The other is an original McLaren F1 upgraded to LM spec—it’s part of the $65 million ‘Pinnacle Portfolio’ going under the hammer.

The action gets underway this Thursday, August 13. To keep abreast of it all, stay glued to our dedicated hub.