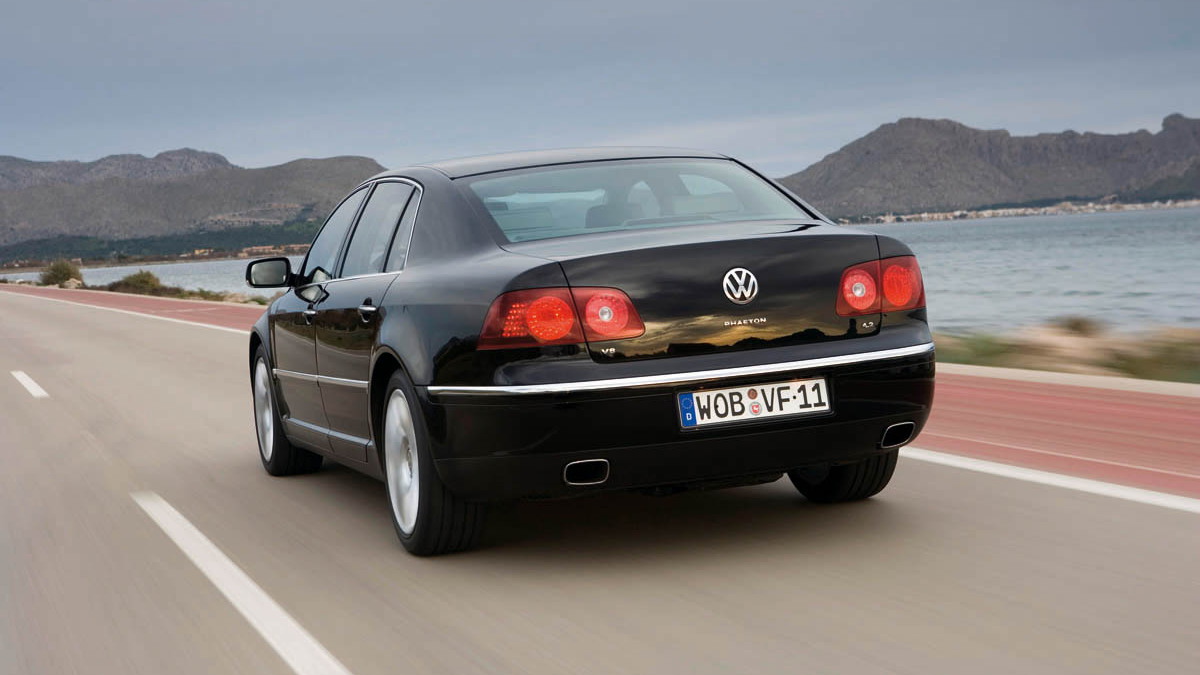 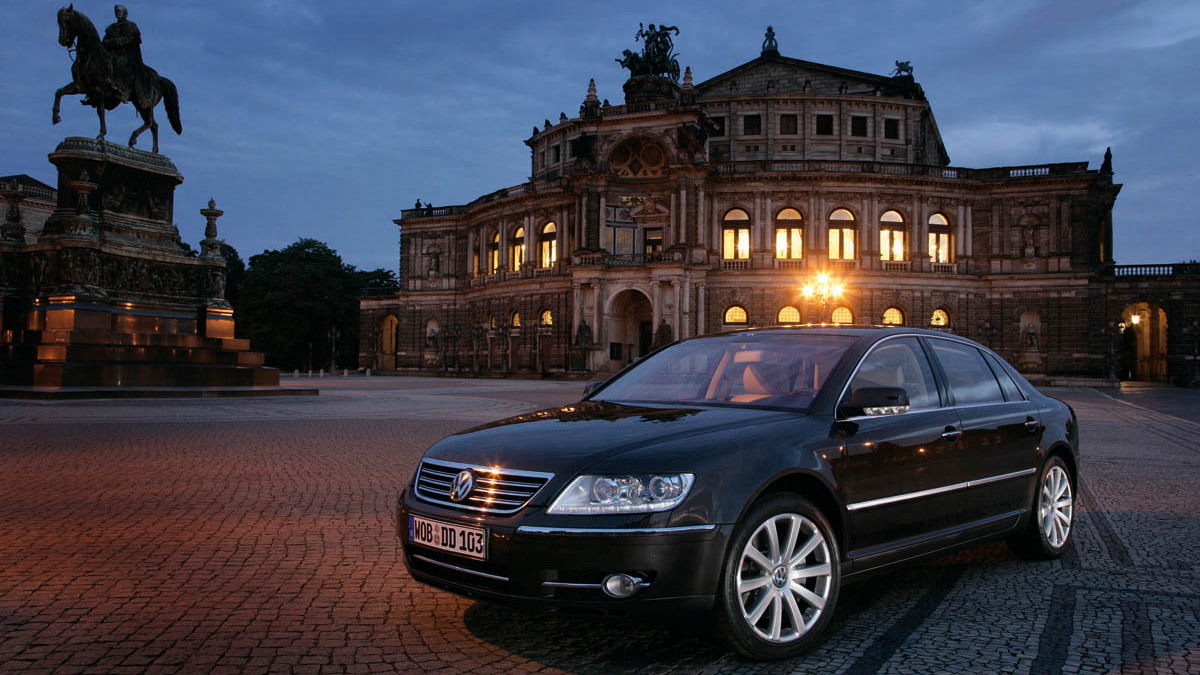 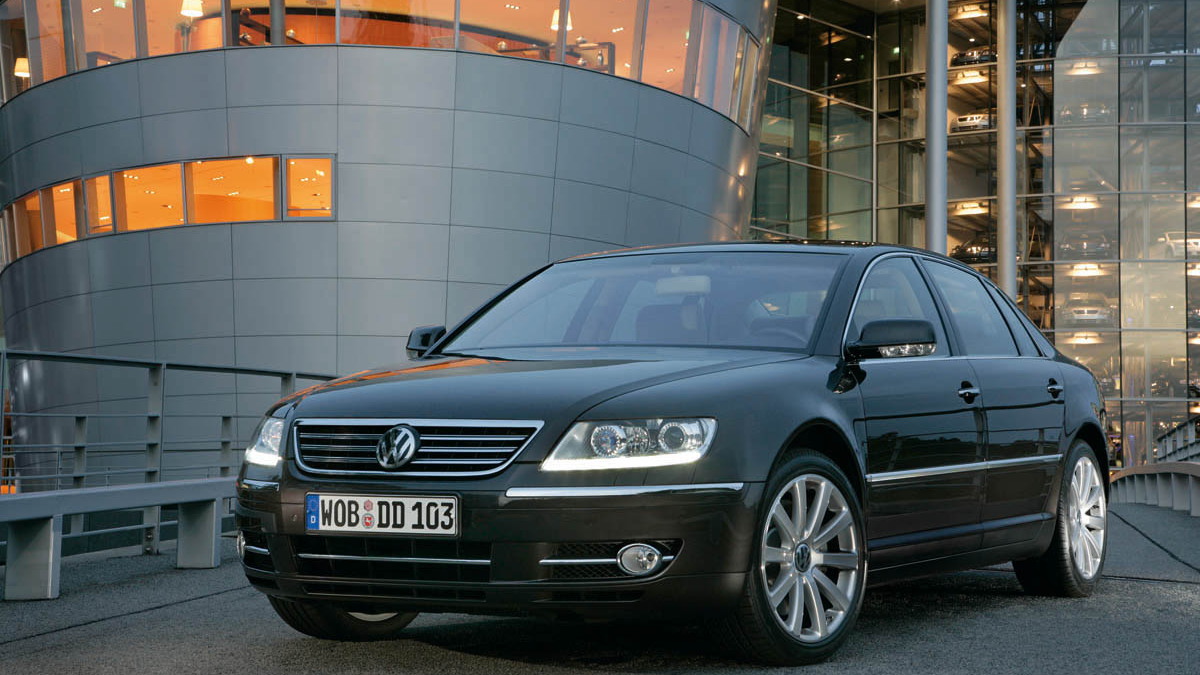 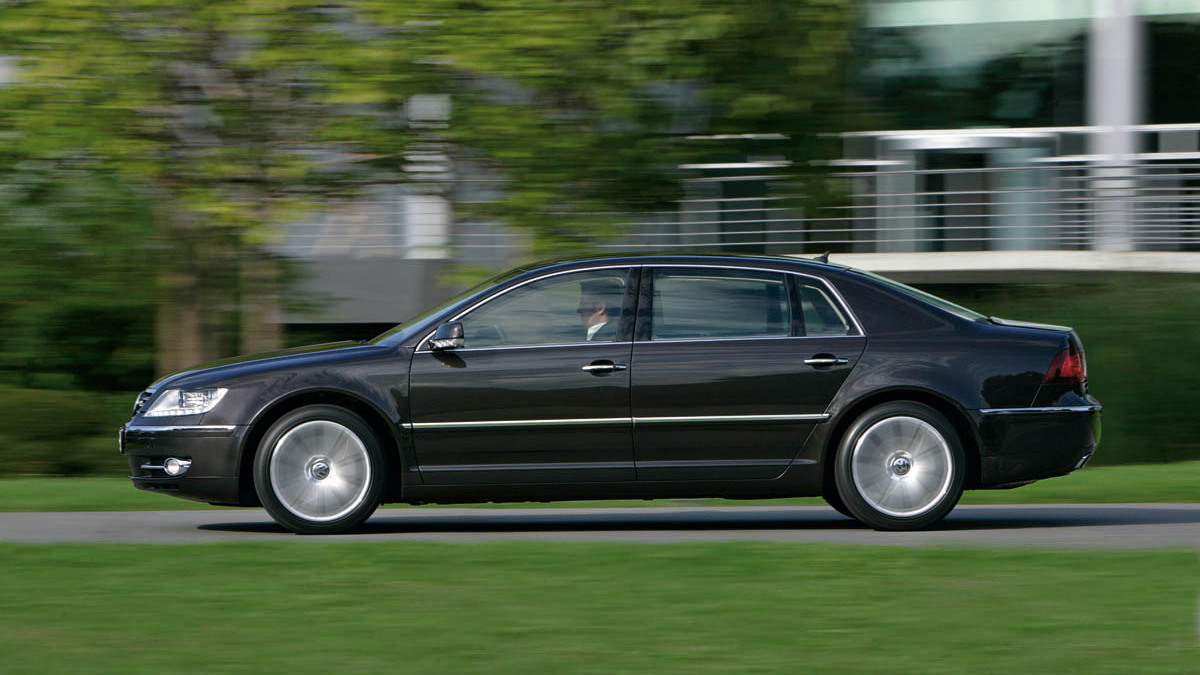 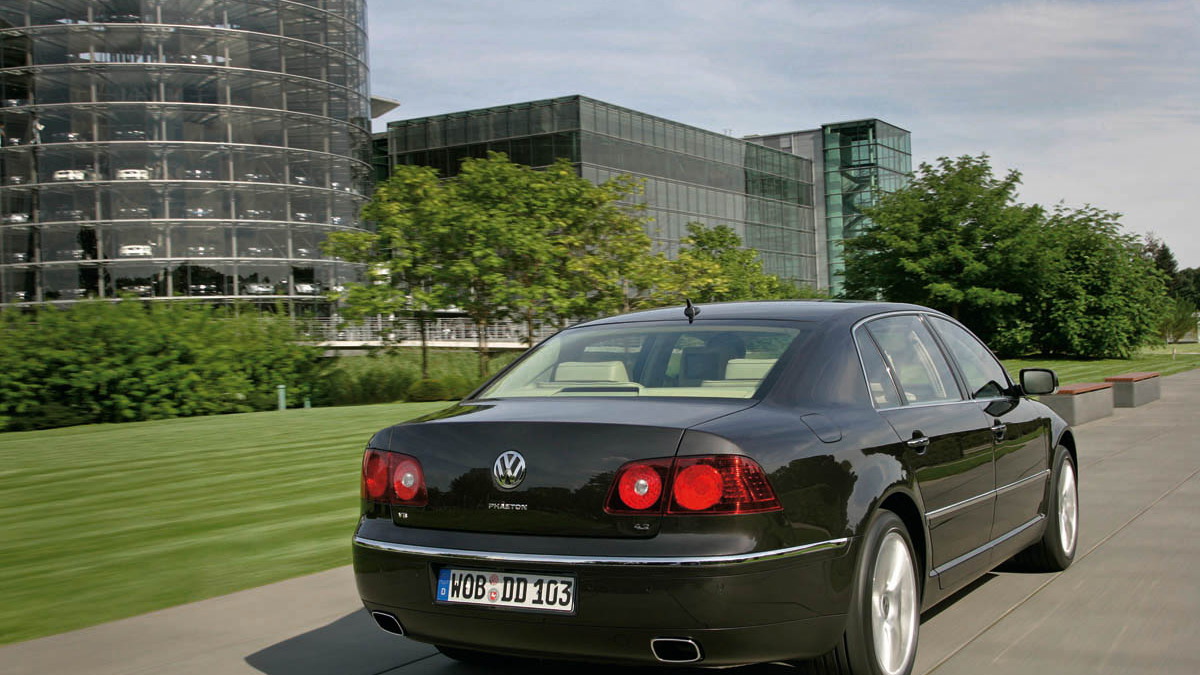 11
photos
Despite the weak performance of the Phaeton, Volkswagen has persisted with the car in the belief that there is a place for it in the lineup. Less-than-inspired styling, high pricing and nagging quality issues are in part to blame, and VW hopes to cure these in the next iteration of the car. Until then, however, it is forging ahead with updates to the current model.

Key among the updates for the 2009 model year is a new 3.6L direct-injection petrol V6, rated at 276hp (206kW) - a gain of 28hp (21kW) over the outgoing model, while also improving efficiency and meeting Euro-5 emissions standards. That's not to say that it's a miserly fuel-sipper, though it does well for a large car at 20mpg (11.7L/100km) and 273g/km CO2 emissions. 4Motion AWD provides stability and traction, while a full slate of electronic driving aids work to ensure the shiny side stays up.

The most comprehensively revised part of the Phaeton, however, is the center console design and the 'infotainment' system housed within. Available with or without navigation, standard features include a high-resolution 8" touch-screen in 16:9 format, integrated 30GB hard drive, and Bluetooth connectivity. A hybrid TV tuner can be optionally fitted to enable reception of both analog and digital DVB-T broadcasts, plus the built-in DVD drive can display any commonly used video or audio format. A set of new controls for the four-zone automatic climate control and a new aesthetic for the system's presentation complete the update.

Three choices of wheels (17", 18" and 19") are available, as is the famed W12 engine and a range of new custom colors including such notables as 'Beryllium grey metallic' and 'Mocca-anthracite pearl effect'. Deliveries are scheduled to begin in Europe before the end of 2008.

Whether the upgrades will be enough to dig the Phaeton out of its much-publicized hole, it's unlikely that the current model will return to the U.S. An all-new model, expected in 2010 or 2011, is hoped to breathe new life into the car, even to the point of bringing it back to the American market. The new Phaeton will share underpinnings with the Audi A8, though it will be based around a 'modular' design that will let the cars differ where needed, and it is expected to be smaller than the current model as well.