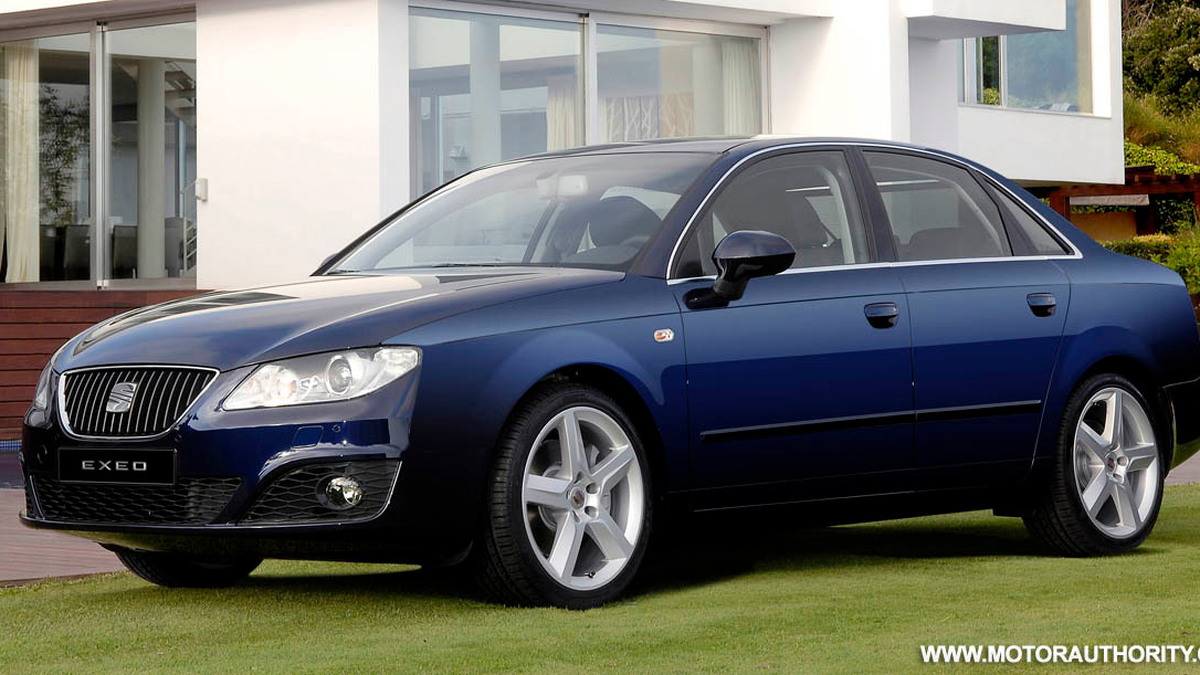 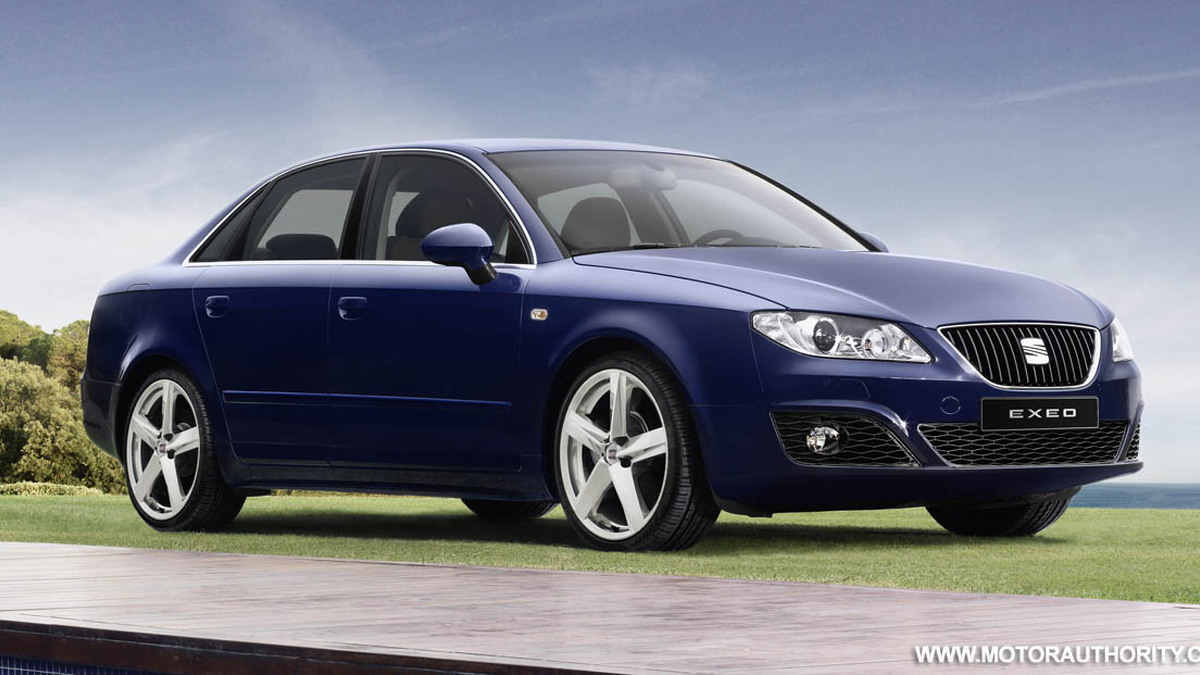 The once cash-strapped Seat brand is on the verge of developing a range of new models, with no less than four different vehicles planned for production within the next three to four years. The launch of the Ibiza hatch in April was just the tip of the iceberg as the Spanish carmaker is now working on developing a new minicar, compact SUV, estate crossover and a midsized sports sedan.

The new sedan is the next model in the pipeline after the Ibiza and is due to be released next year as a 2010 model. The car will be called the Exeo and it will be available in both sedan and wagon bodystyles. The official images show that designers chose to play it safe with a very conservative look for the new model. The rear of the car takes obvious styling influences from sister brand Audi, while the front end features a trademark Seat identity with an almost identical grille and bumper design as the new Ibiza. The wing mirrors are also unique to the Seat version of the car, though the overall look of the car is still very similar to that of its donor B7 Audi A4 underpinnings.

At launch, the new EXEO will feature three petrol-engines ranging from 102hp (75kW) to 200hp (147kW) and three common rail diesel engines of latest generation ranging in power from 120hp (88kW) to 170hp (125kW). The car on show at Paris is fitted with the 2.0L, 200hp (147kW) petrol TSI engine, which is rated at 36.6mpg (6.4L/100km). Unsurprisingly, the Exeo features chassis and mechanical components essentially identical to the B7 Audi A4, including four-link independent front suspension and trapezoidal rear suspension for solid driving dynamics.

Entertainment and electronics features will include a navigation system, a new multi-function head unit with MP3/MPEG4/iPod/USB/Bluetooth compatibility, as well as for the first time a sun roof with solar cells powering a ventilation system. The car also features an automatic twin-zone climate control system. Xenon headlights with daytime running light features and around-corner functionality ensure visibility is good even on dark, winding roads, and a full complement of safety features including front, side and curtain airbags, anti-lock brakes and traction control with ESP, help bring the Seat up to the top of the market in terms of crash-resistance and avoidance features.

Designed to go up against cars like the Ford Mondeo, Renault Laguna and Alfa Romeo 159, the new Exeo is based on the previous generation Audi A4 and will be built at Seat's factory in Martorell, Spain.