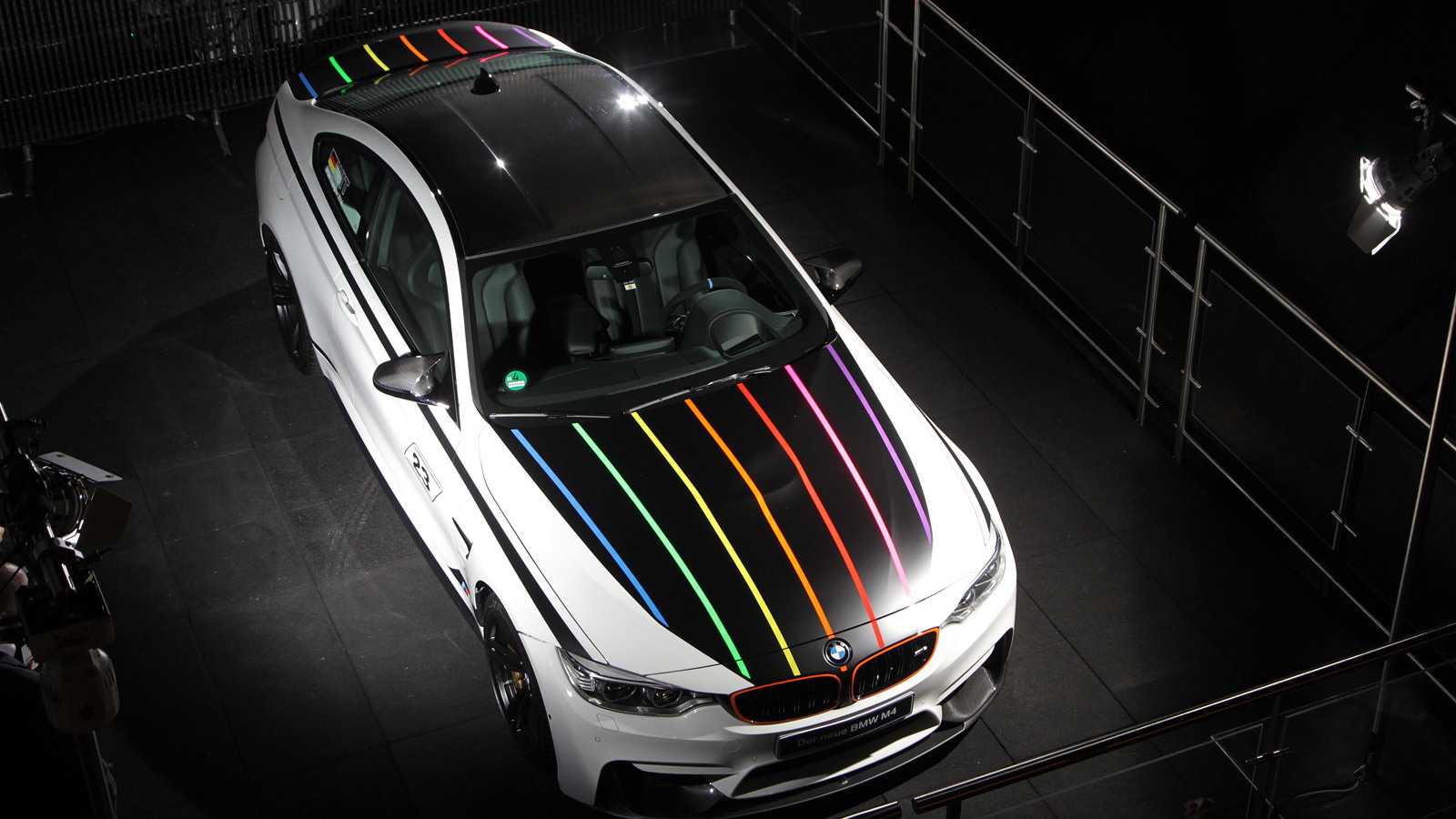 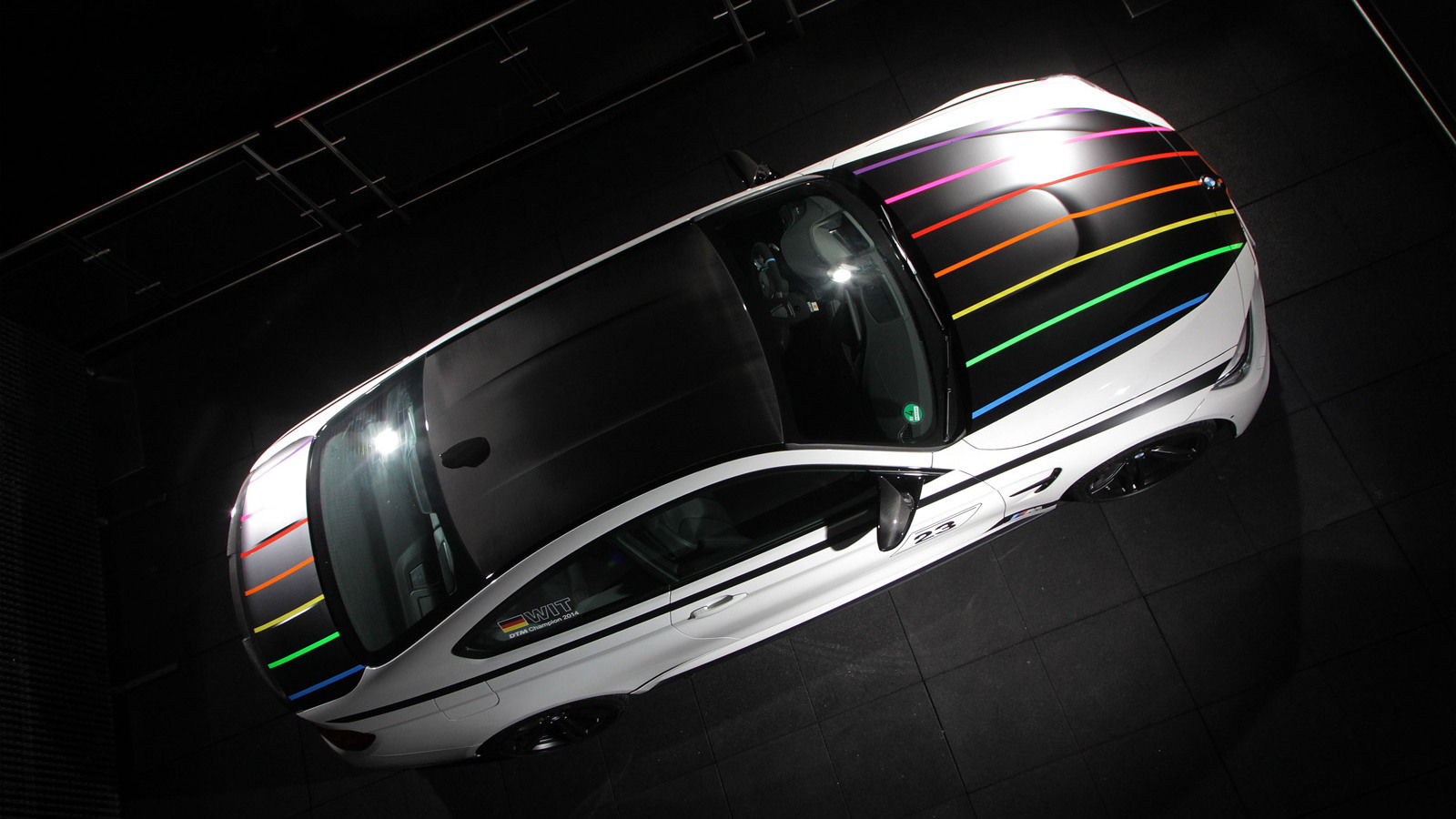 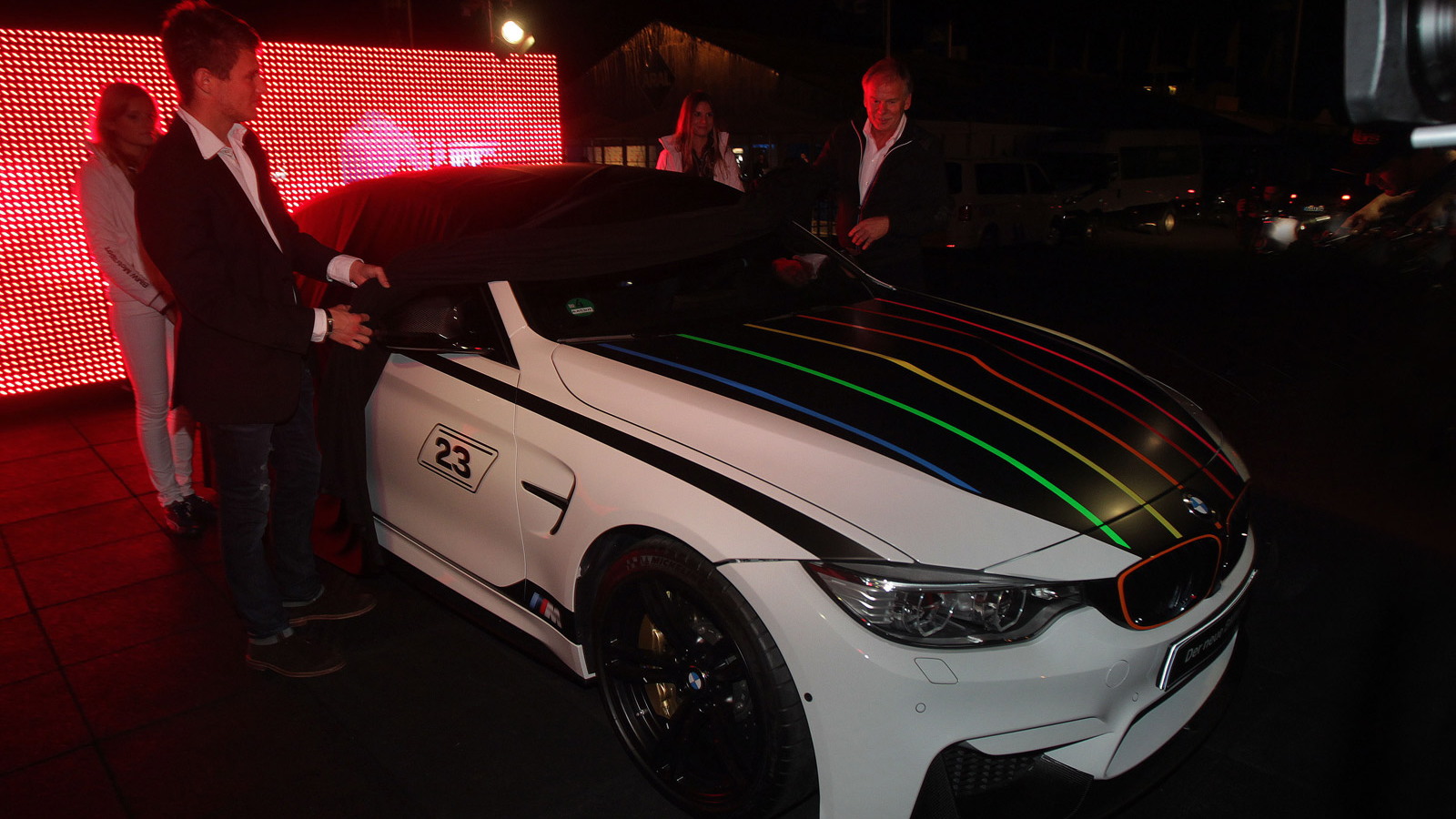 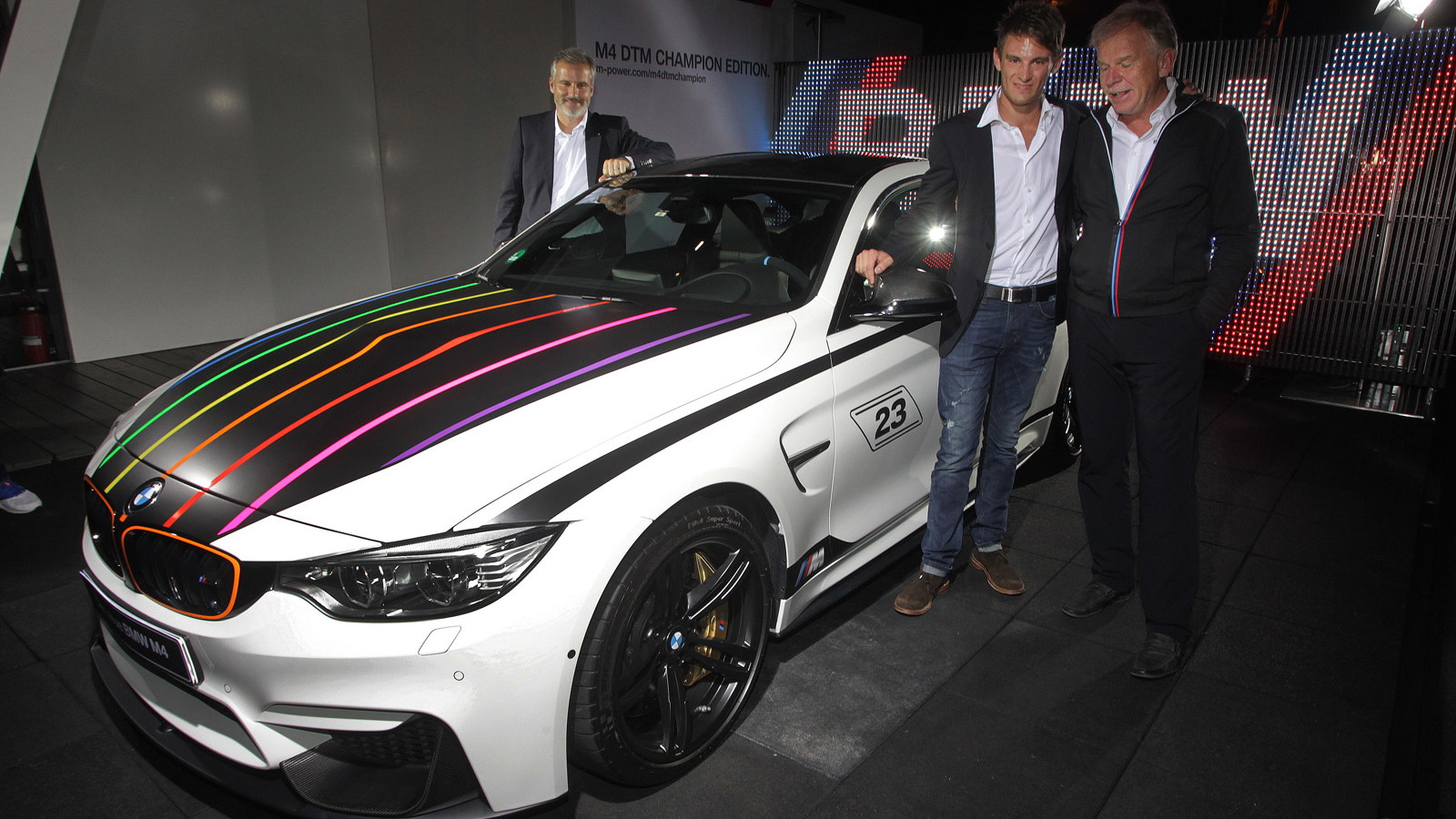 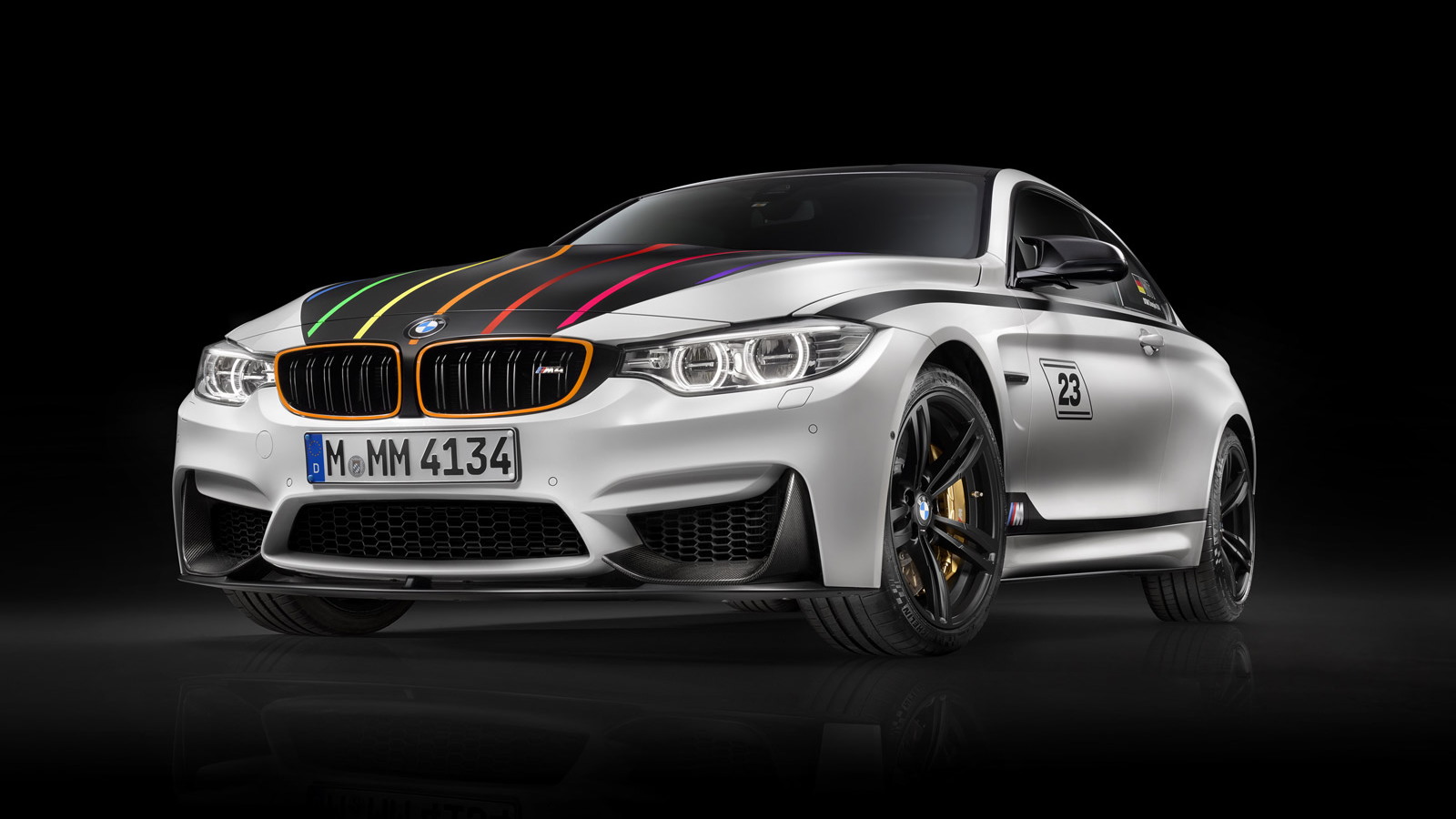 After losing out to Audi last year, BMW is back in the winner’s circle of the popular touring car series DTM. Both the 2014 Drivers’ and Teams’ titles went to the Munich-based firm, thanks to top driver Marco Wittmann and BMW Team RMG. Following the conclusion of the final race at the Hockenheimring in Germany over the weekend, BMW now lays claim to five wins, 11 podiums, four pole positions and four fastest laps achieved during the 10 races of the 2014 DTM season.

To mark the occasion, BMW rolled out a special M4 modeled after the M4 DTM race car that Wittmann drove to multiple victories. The special edition, called the M4 DTM Champion Edition, will be offered exclusively in Europe and with one color only: Alpine White. This will be contrasted, however, with a matte black hood and trunklid and colored stripes like those on Wittmann’s race car.

The M4 DTM Champion Edition is also fitted with 19-inch light-alloy wheels, a black front splitter, a black side skirt blade, carbon front flaps, carbon mirror caps, a rear spoiler and a carbon diffuser insert. The vehicle also sports an orange surround for the kidney grille, once again lifted from the race car, as well as Wittmann’s number 23 on the doors and the German flag along with “WIT” and “DTM Champion 2014” lettering on the rear side windows.

Only 23 examples of the M4 DTM Champion Edition will be built.

After revealing the new M4 special edition, BMW Motorsport boss Jens Marquardt had more surprises for Wittmann. Marquardt has confirmed that Wittmann will remain one of its drivers for following DTM seasons and also has its full permission to complete a Formula One test for Toro Rosso, a childhood dream for the 24-year-old German.

“Coming into the opening race of the season here in Hockenheim, I never believed I would be standing here in the same place as the DTM champion,” Wittmann said at the post season celebration. “And then to have my contract as a BMW works driver renewed and receive a Formula One test—that is a dream come true for me.