Two brothers from a town east of Beijing have fulfilled their dream of building their very own personal Forumla One car. The car was constructed from scrap metal, but from the images, we think these guys have done a pretty good job. The idea was to build the first F1 car in China.

The two brothers, ZHAO XIUGUO and ZHAO XIUSHUN, built the car to commemorate the 30th anniversary Tangshan earthquake in 1976, the province in which they live. They were quoted as saying "Everybody has his own dream though. I just love (building Formula 1 cars), and I am crazy about it."

Performance wise the car is no match for Schumacher's, but the car is fully road legal. 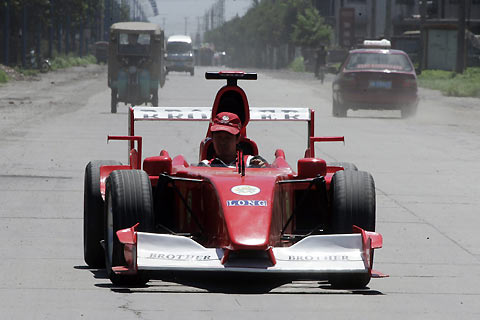 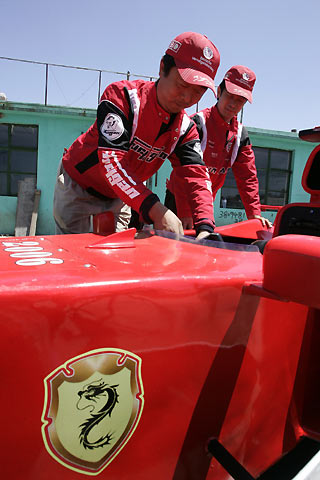