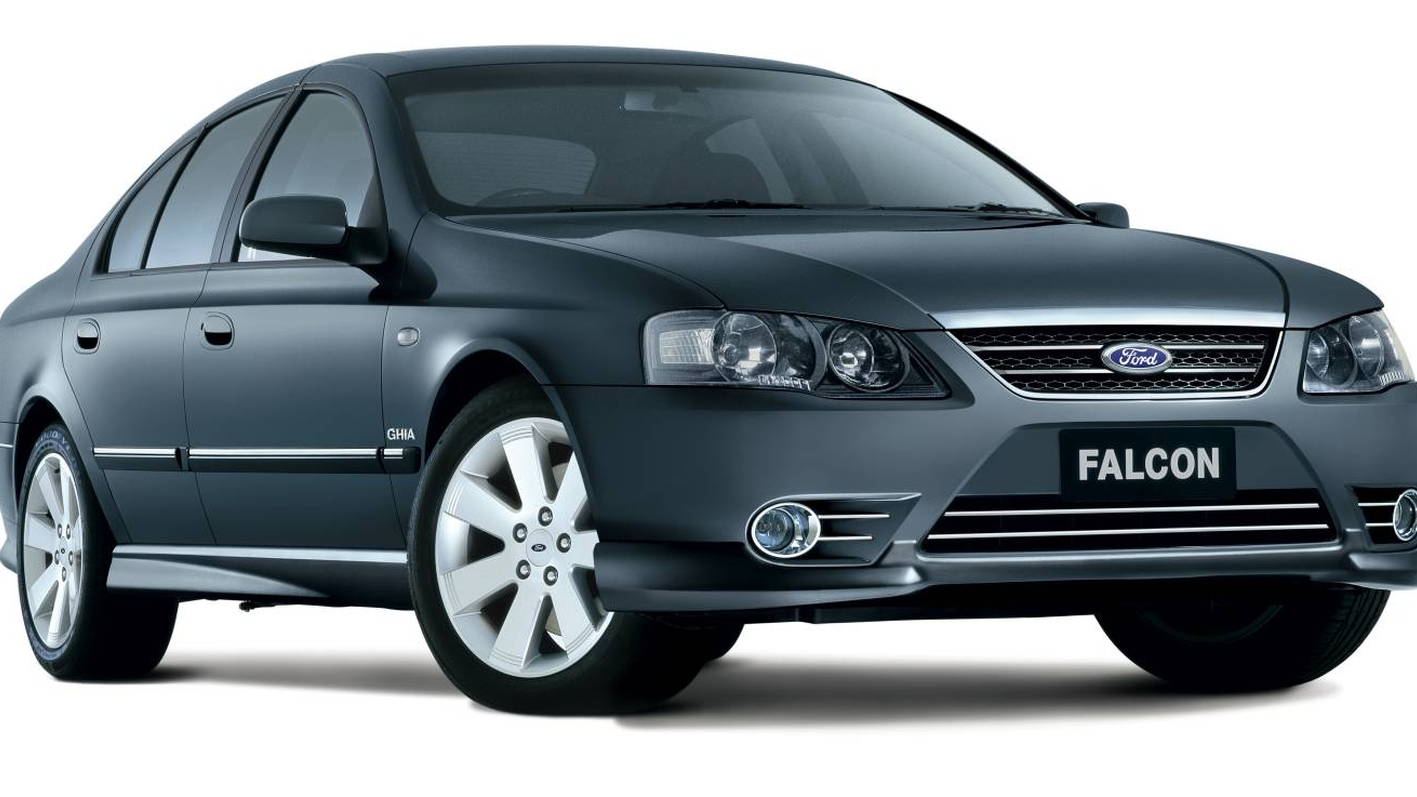 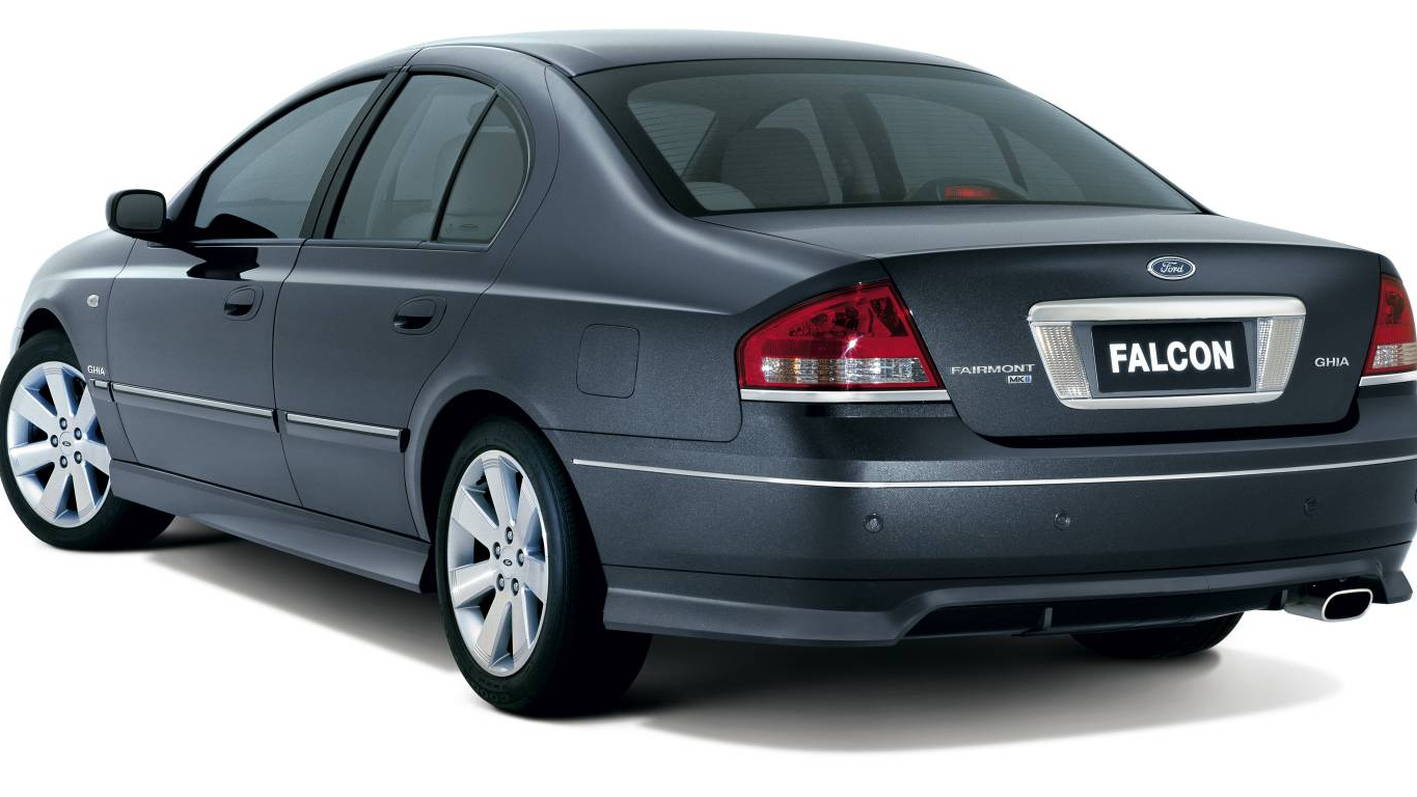 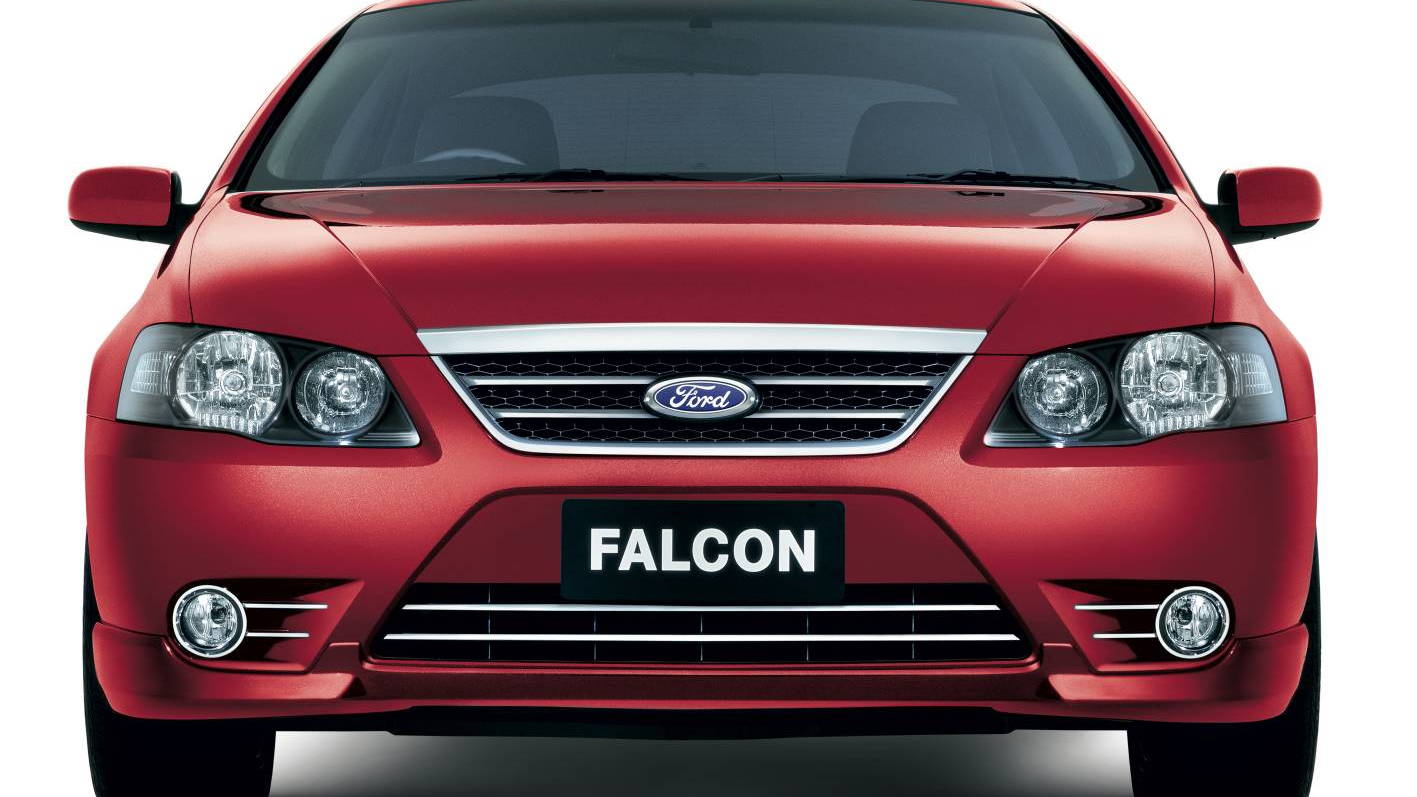 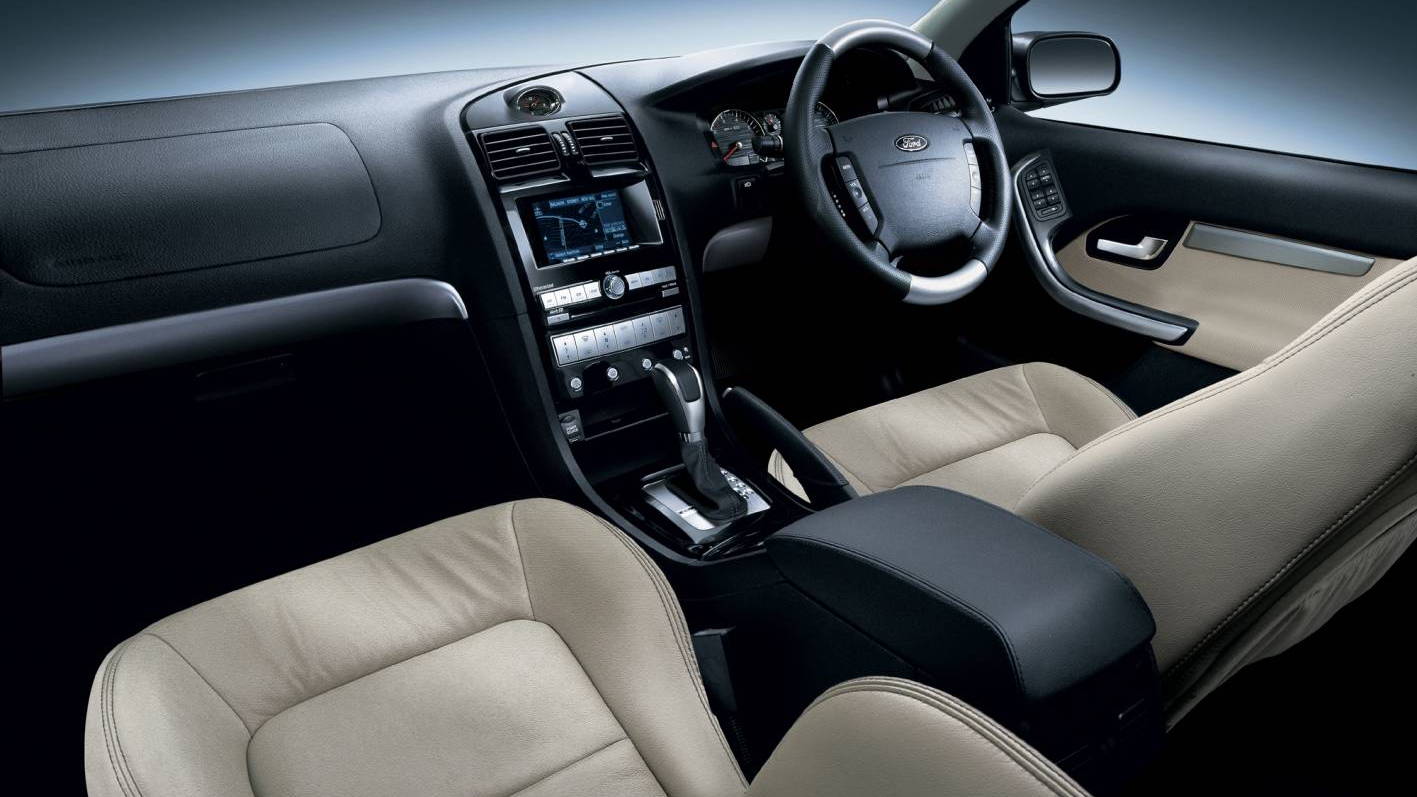 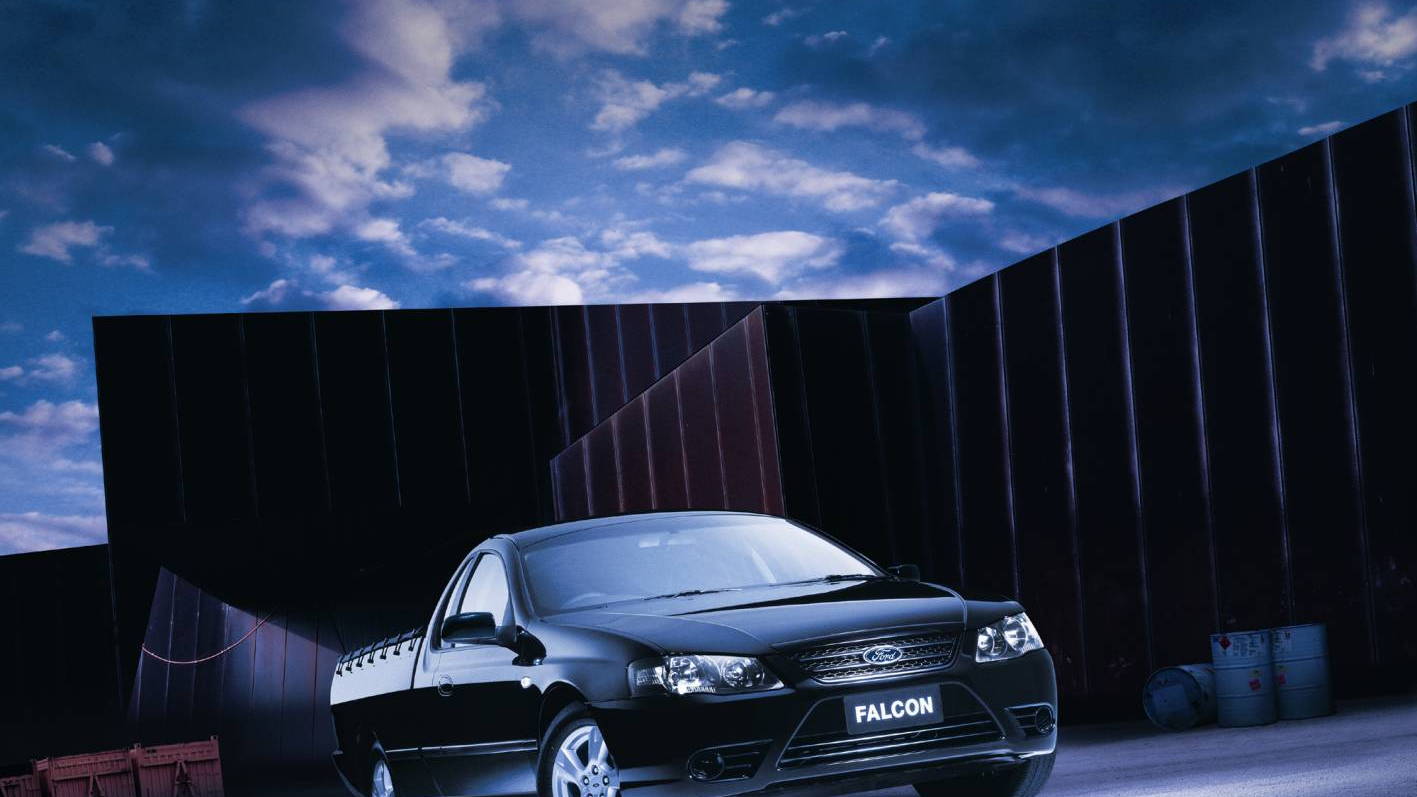 8
photos
Not to be completely outdone by the recent release of the Holden VE Commodore, Ford of Australia has announced an updated version of its popular large car, the Falcon, which will go on sale in October this year.

Changes to the new car include the option of the ZF six-speed automatic transmission across the range which enables significant increases in fuel efficiencies. Versions of this gearbox are found in much more expensive vehicles such as BMW’s 7-series and some Aston Martin models. A new safety package includes Dynamic Stability Control on all models in addition to the existing traction control.

The major visual changes include the new headlights which attempt to mimic those found on some Audis, and some revisions to the interior.

"The introduction of the new BF Falcon MkII is the next step in the evolution of the iconic Falcon brand," Mr Gorman said.

"The depth of engineering and technological innovation in the Falcon range has been extended with BF MkII, with greater access across more models to some of the Falcon's class-leading features and technologies."

Where the BF Falcon introduced performance and luxury buyers to the benefits of a world-class six-speed automatic transmission and state-of-the-art Dynamic Stability Control system, BF Falcon MkII opens up this world of technological advances to even more Falcon sedan customers.

Falcon XT, Futura and Fairmont sedan customers can option their vehicle with the six-speed automatic transmission and delight in the real-world benefits it offers in terms of reduced fuel consumption, increased functionality, precision and refined performance.

"The six-speed automatic transmission has proven to be a standout feature of the BF Falcon, especially for its ability to deliver a tailored driving experience for customers," Mr Gorman said.

"Not only does it reward a sporty driving style with livelier performance and sharper responses, but it also delivers significant benefits in terms of reduced fuel consumption and greater refinement, with smoother shift quality a notable feature during everyday use."

Falcon XT customers opting for the six-speed automatic transmission will notice an improvement in fuel consumption of more than six per cent when compared to the BF Falcon four-speed automatic equipped vehicle, with an accompanying Australian Design Rule (ADR) 81/01 fuel economy test figure of 10.2 l/100km.

Fuel economy on petrol BF Falcon MkII XT, Futura and Fairmont sedan models with the four-speed automatic transmission has also improved. As a result of further drivetrain efficiencies that have been achieved on these Falcon models, fuel economy will improve by a further two per cent, dropping 0.2 l/100km to 10.7 l/100km.

Powered by the most technologically advanced six-cylinder engine ever produced by Ford Australia, with its dual independent variable camshaft timing and dual knock sensors, four-speed automatic Falcon I6 models across the range have benefited from a program of continued refinement that has delivered:

"The extensive engineering program undertaken at BF Falcon delivered significant gains in the areas of fuel efficiency and refinement, as well as more useable performance from our Barra 190 six-cylinder engine," Mr Gorman said.

"But the process of improvement is a continual one and our engineers have responded with further improvements on the top-selling four-speed auto Falcon I6 models, delivering greater real world benefits to Falcon owners.

"In the last two years we've delivered a seven per cent improvement in fuel efficiency on the Falcon XT. The availability of the six-speed automatic transmission on Falcon XT with the BF MkII program has taken the level of improvement even further, to more than 11 per cent."

"Now the BF Falcon MkII raises the bar even further with the availability of DSC on Falcon XT, Futura, Fairmont and XR6 sedans, adding to the high levels of active safety already built into each Falcon."

Ford has developed four distinct levels of DSC calibration, ranging from comfort to sports, to cover the variety of engine, transmission and body styles available across the Territory and Falcon vehicle families.

The calibration of the DSC system when fitted to a Falcon XT, Futura, Fairmont or Falcon XR6 will match the system currently fitted to the Fairmont Ghia, with DSC interventions being tuned to the overall sportier nature of the package compared to Fairlane and LTD variants.

In addition to the wider availability of DSC and the six-speed automatic transmission, BF Falcon MkII also introduces a host of exterior design and interior styling upgrades within the Falcon line-up.

The new seat trim can also be customised with a wide range of stitching and embroidery colours, which will lend the interior a subtle or high impact finish, depending on personal taste.

Five new exterior paint colours will be introduced to herald the arrival of BF Falcon MkII, including two new hero colours and a new Chromaflair® colour for the XR range, while another two colours – Seduce and Ego – were released in the lead-up to the new model.

"BF Falcon MkII builds on Falcon's core strengths of world-class engineering, state-of-the-art technologies and superior driving dynamics, with a fresh and aspirational design that is sure to appeal to customers and keep the Falcon nameplate at the vanguard of the local car industry."