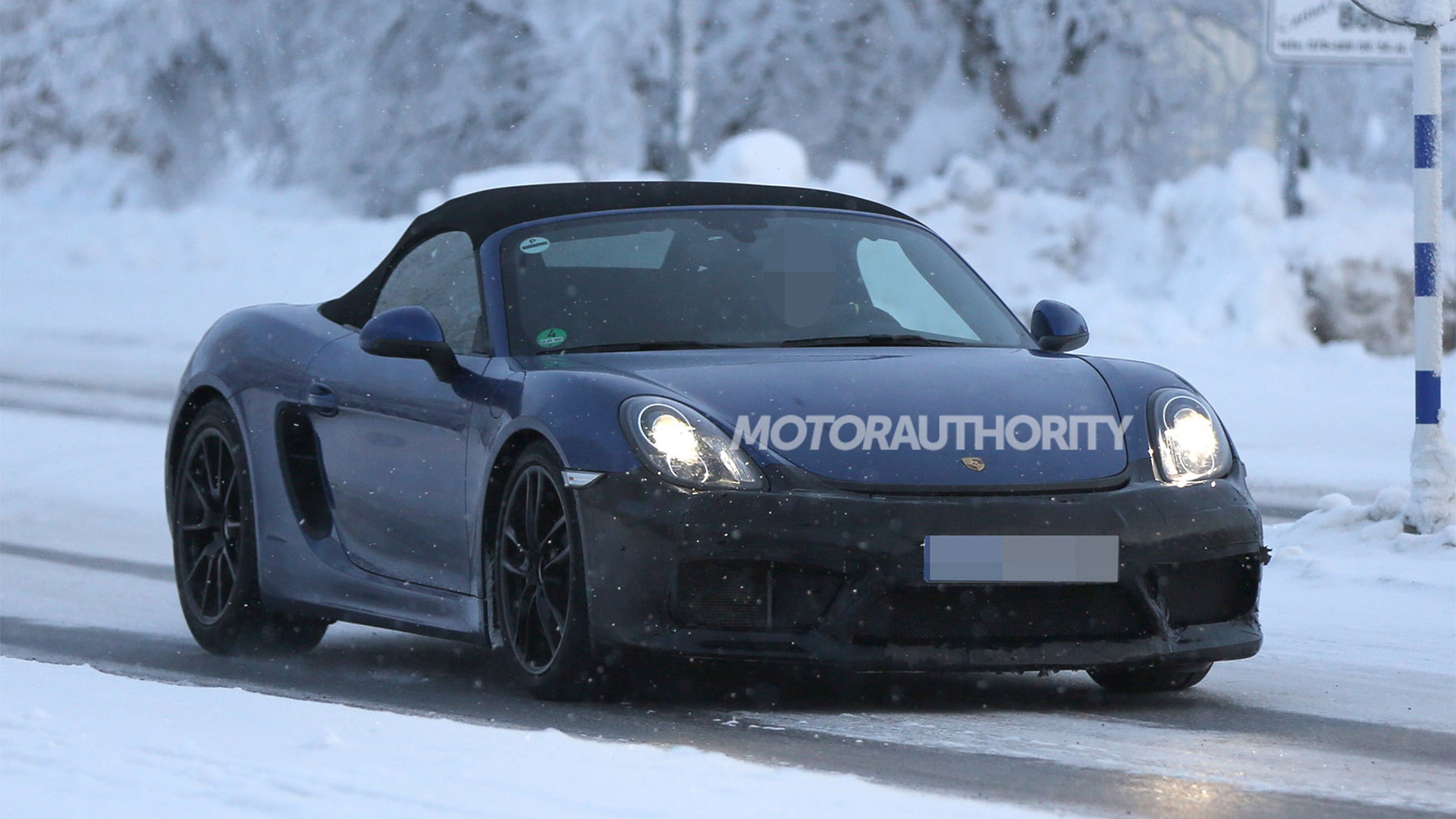 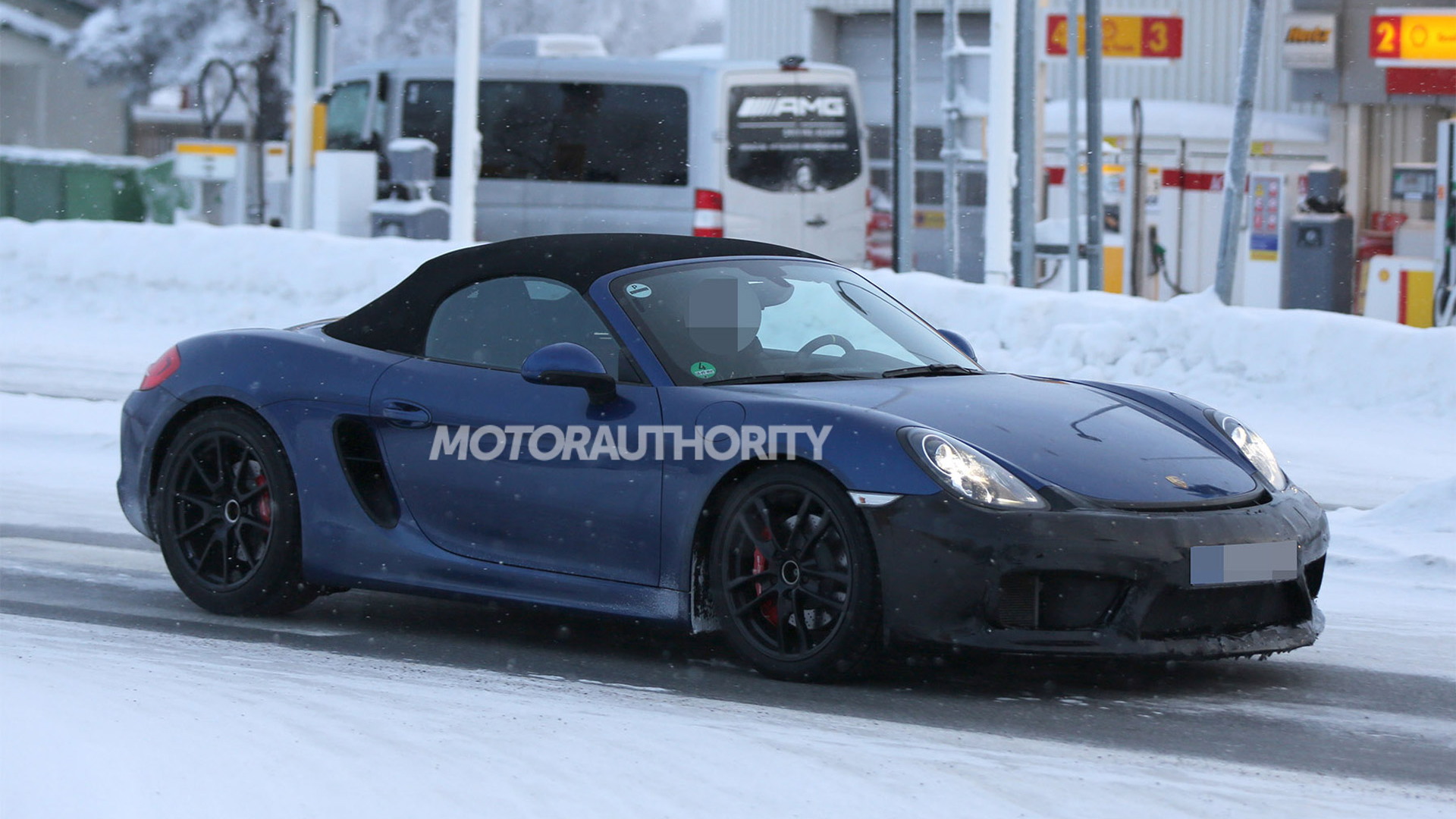 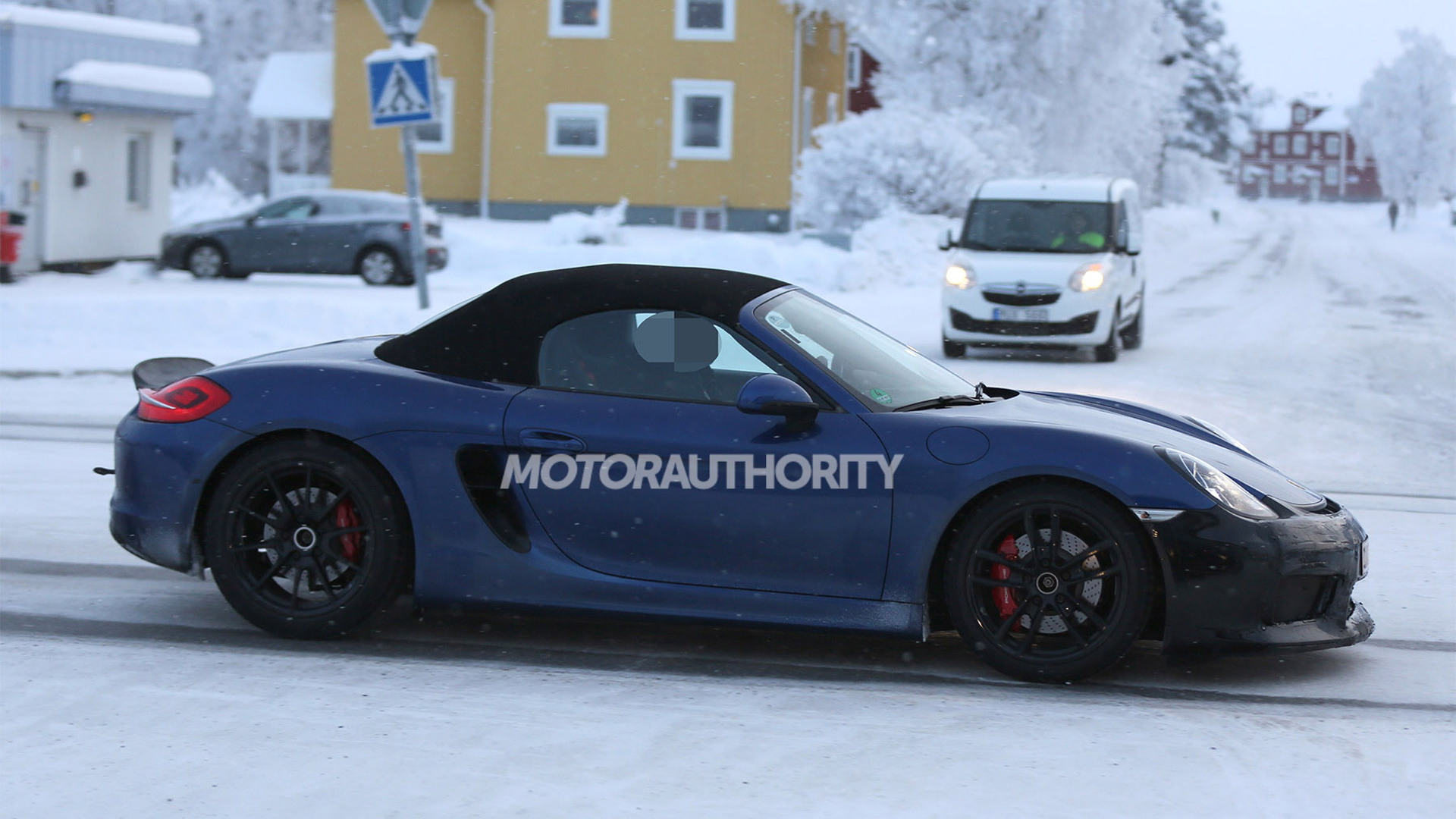 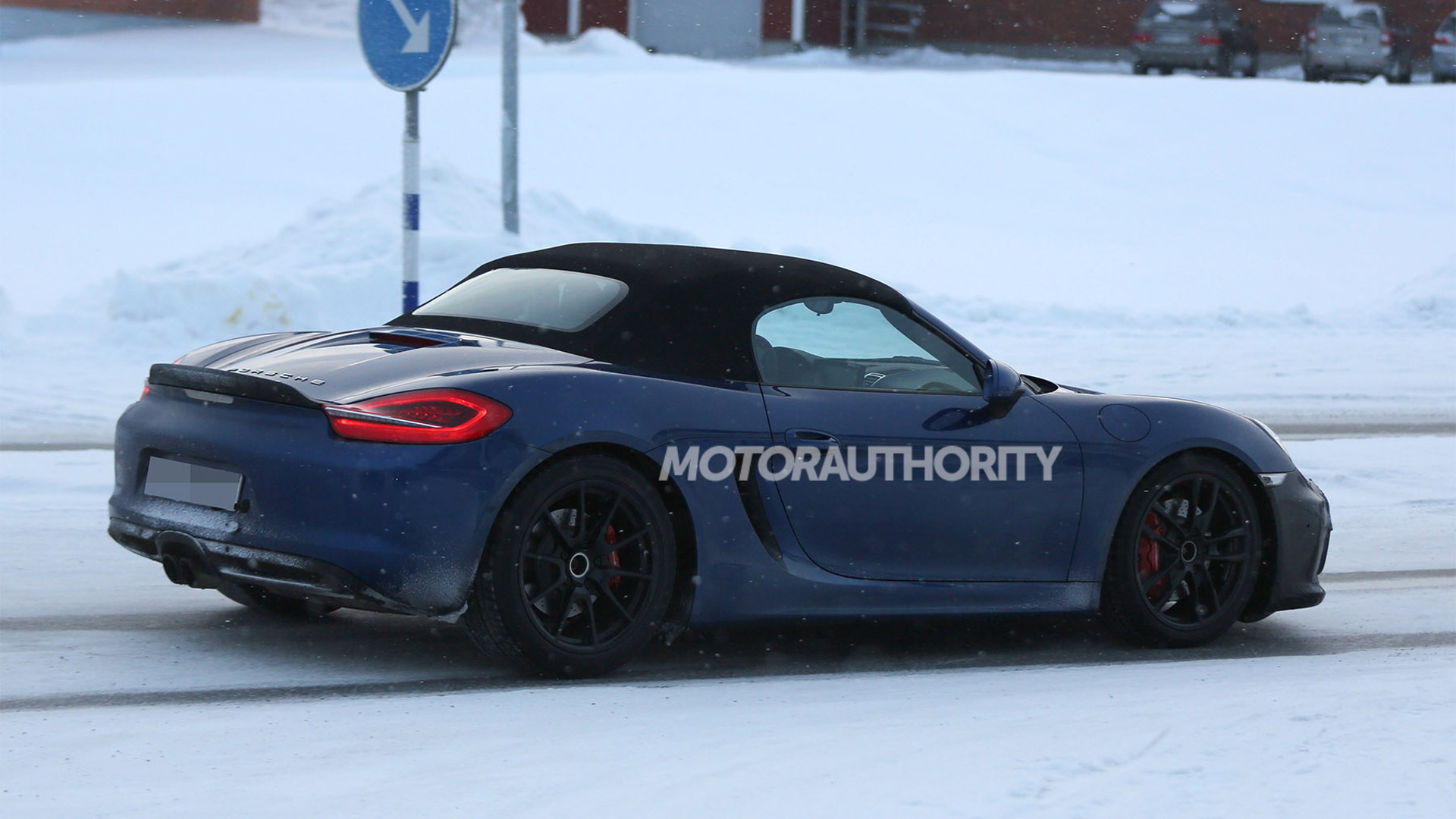 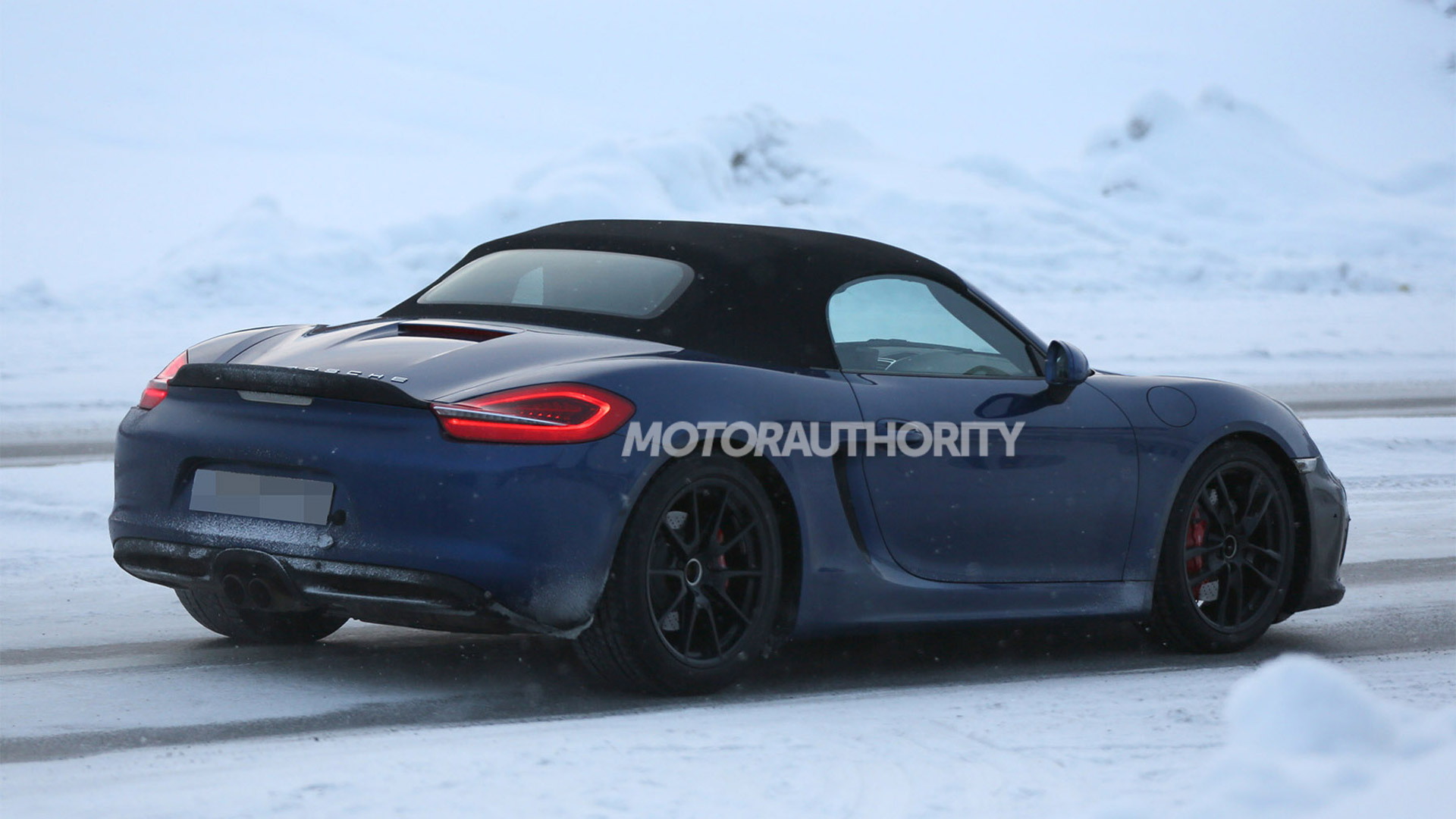 6
photos
We recently brought you spy shots of a prototype for a new variant of the Porsche Boxster that we called an RS Spyder. Since the sighting of the prototype, some new information has emerged.

According to Autocar, the new Boxster variant may be badged a Club Sport, a name Porsche is yet to utilize for the Boxster, although there was a Club Sport version of the Boxster’s predecessor, the 968.

Like previous Porsche Club Sport models, expect some weight-saving mods and other enhancements aimed at improving track performance. Many of these mods are expected to be borrowed from a hardcore version of the Cayman also in the works and destined to feature GT4 badging.

Unfortunately, Autocar is also reporting that the new Boxster variant won’t have any more power than the existing Boxster GTS, whose 3.4-liter flat-six engine develops 330 horsepower. However, it should be noted that the prototype features larger intakes in the front bumper and a new vent running along the leading edge of the hood.

Look for a reveal of the new Boxster variant later this year. The new Cayman GT4 should arrive around the same time. Unlike the Boxster variant, the Cayman GT4 is being developed together with Porsche’s motorsport department which is planning a fully-fledged Cayman GT4 race car.