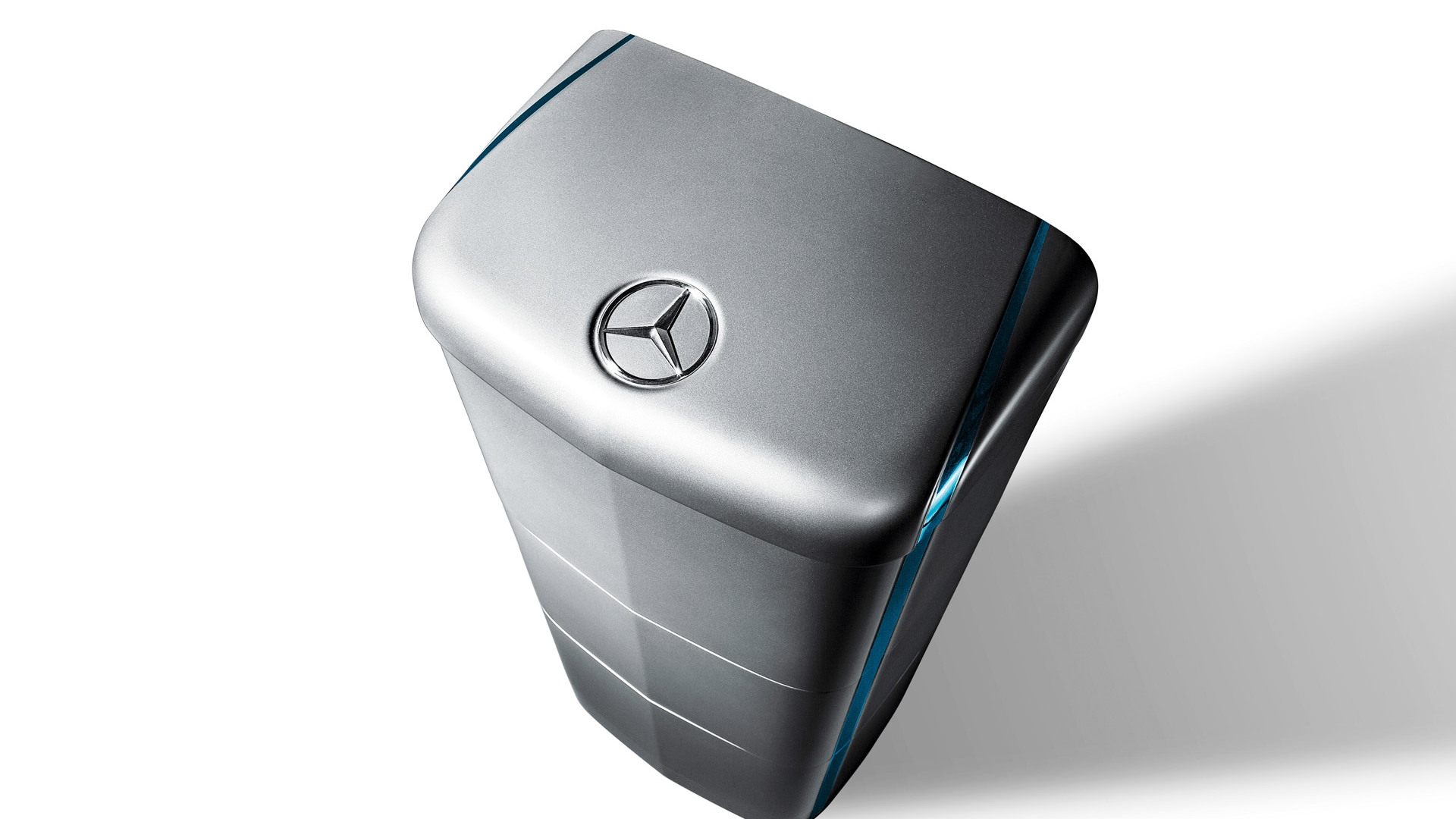 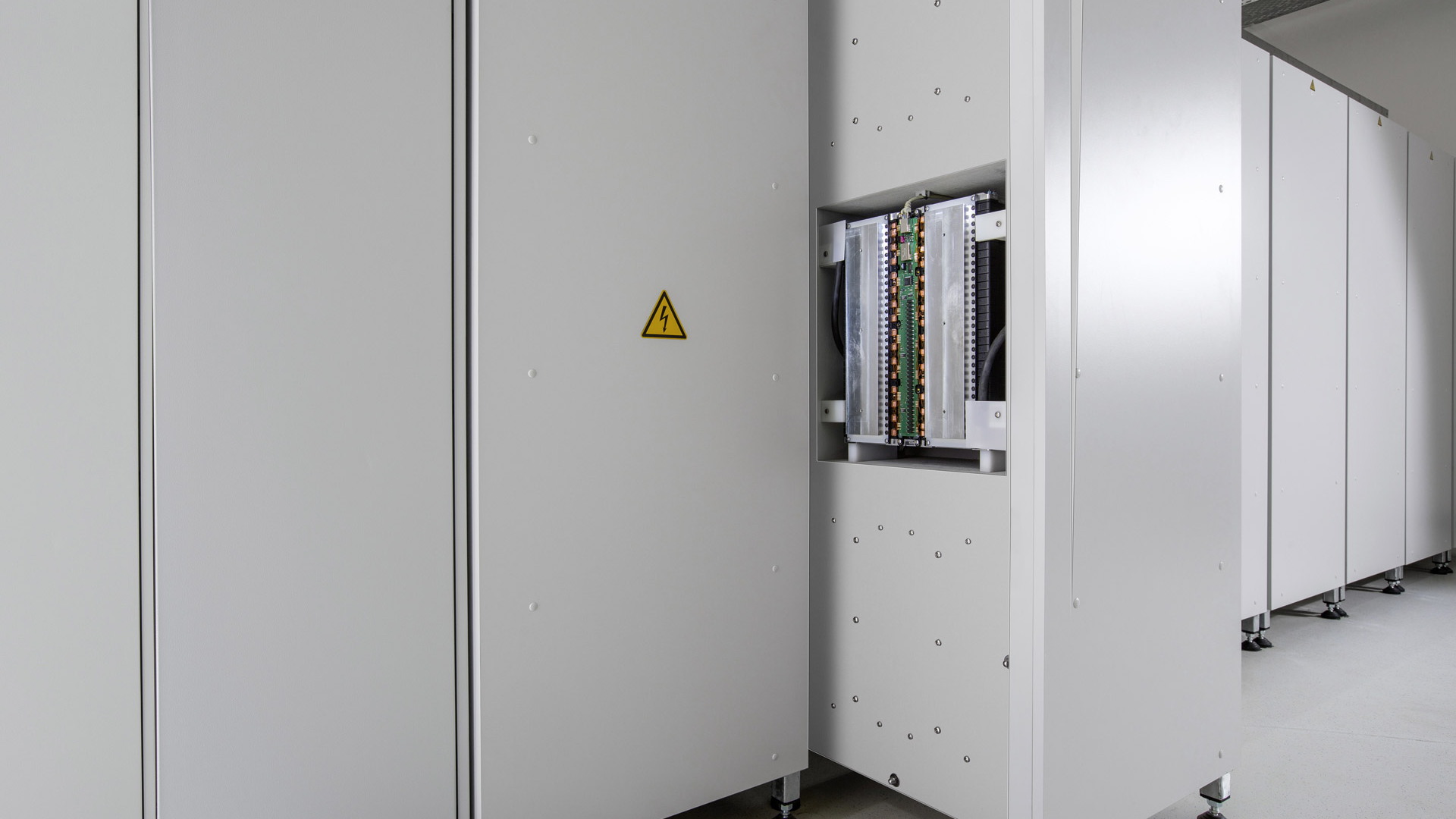 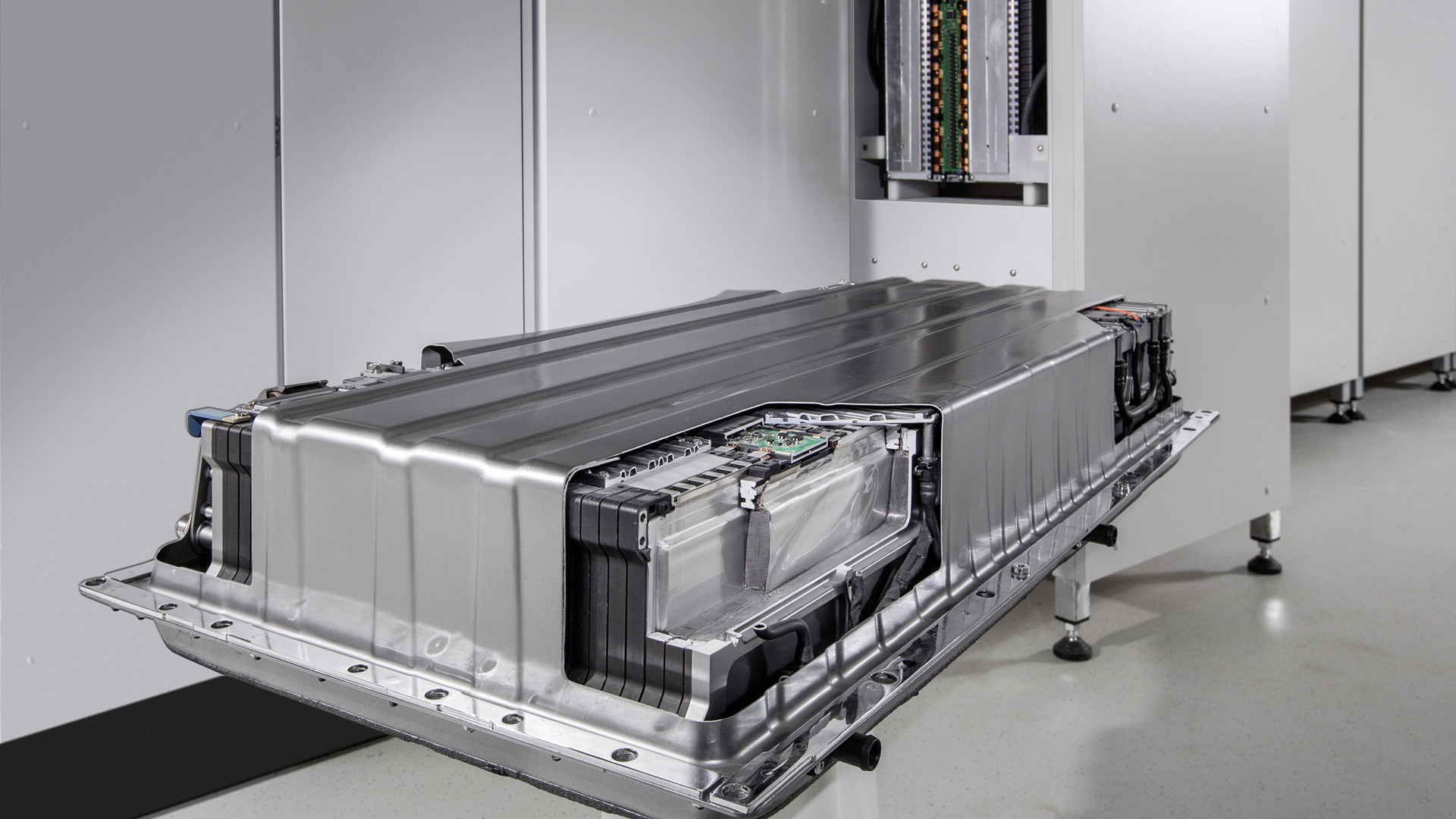 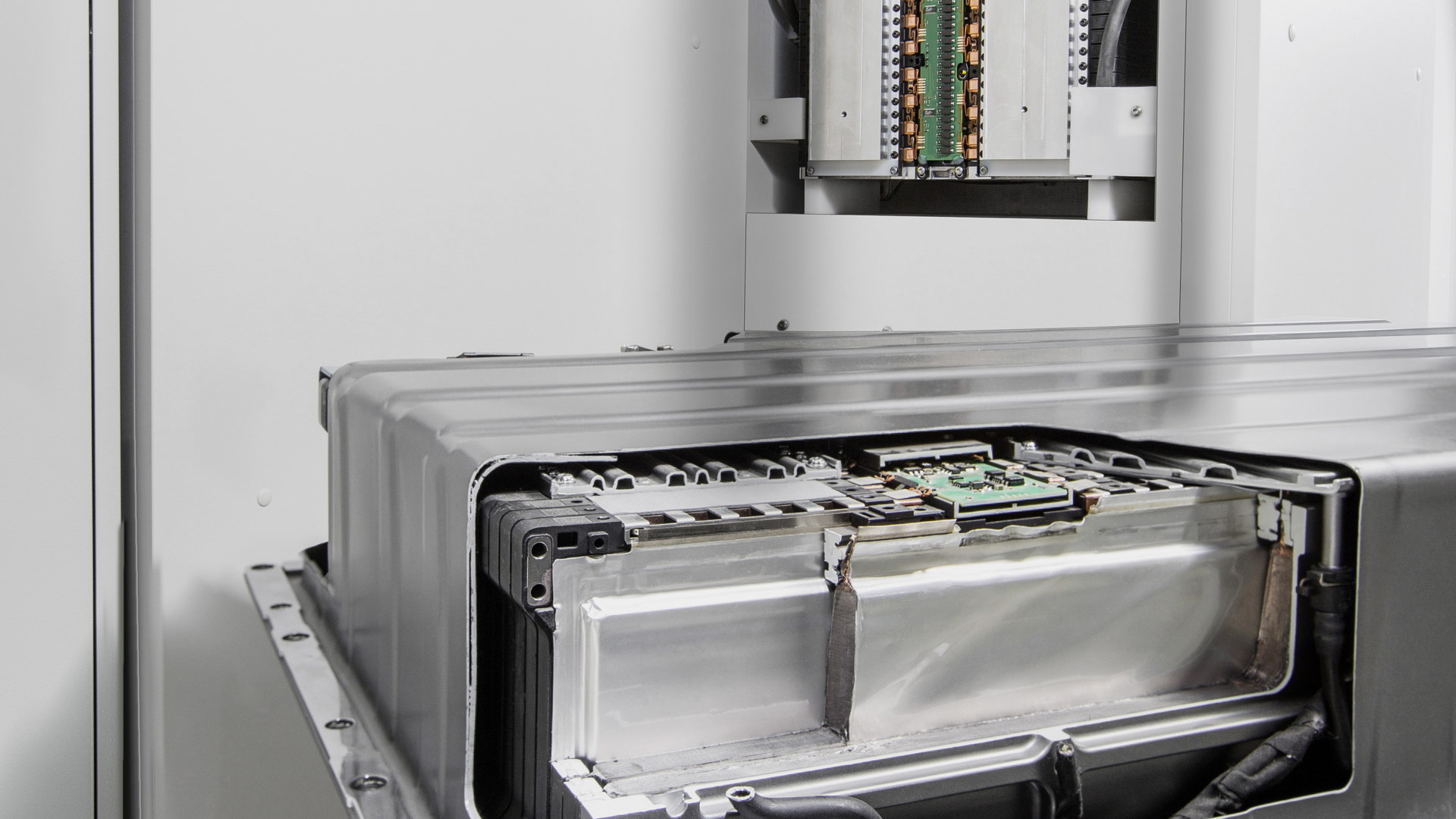 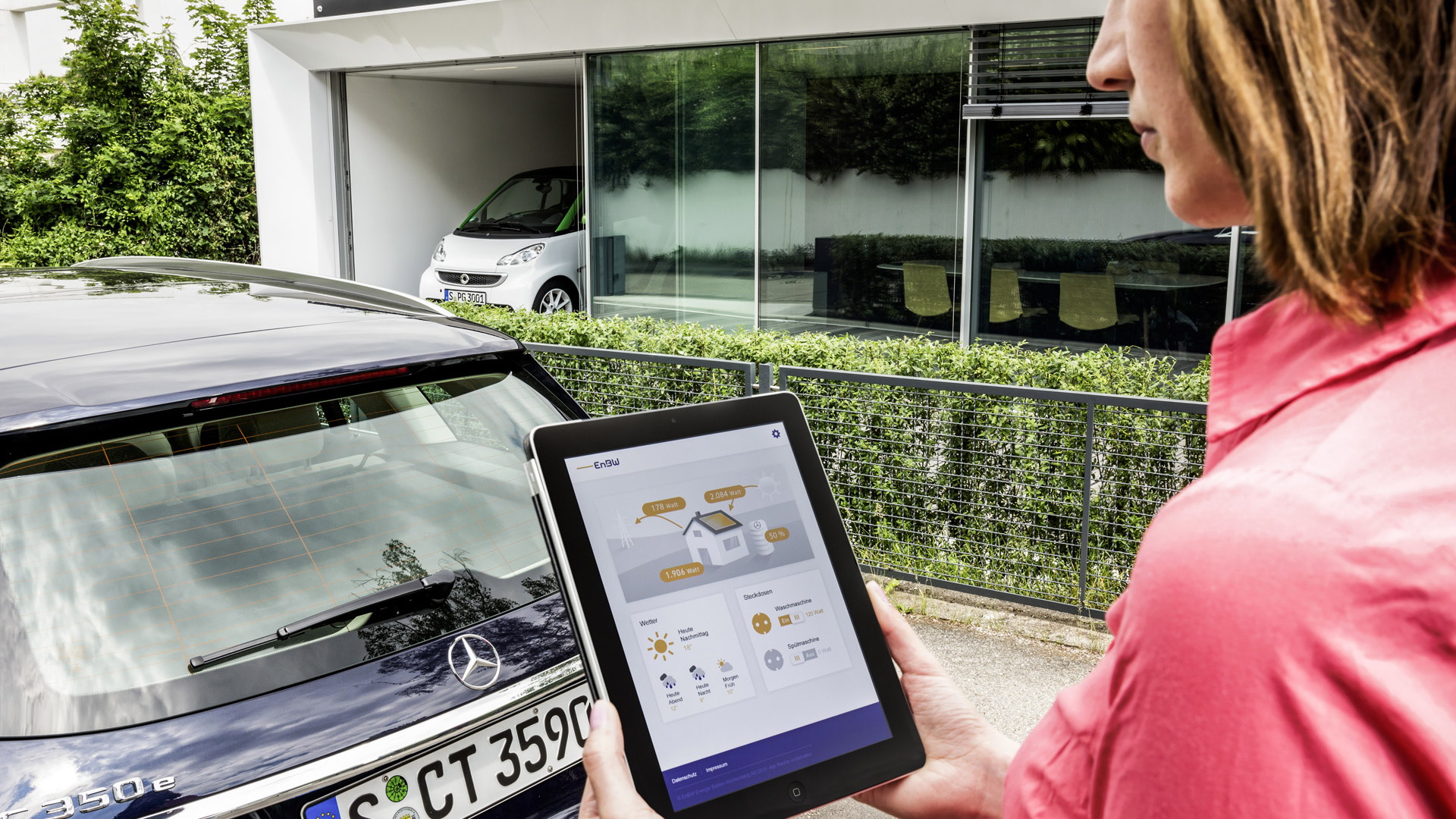 Well, that escalated quickly. Just a month after Tesla Motors [NSDQ:TSLA] announced its new Powerwall battery-based energy storage system, Mercedes-Benz has come out with a rival system that's already available for pre-order in Germany. Deliveries are scheduled to commence in September and right now availability outside of Germany is yet to be announced.

As we previously reported, the technology, which Mercedes refers to as an “energy storage plant”, was developed by Deutsche ACCUmotive, a wholly-owned subsidiary of Mercedes parent company Daimler that is responsible for production of batteries for the group’s hybrid and electric vehicles. Like Tesla, Mercedes is planning versions of the energy storage plant for both private home use as well as commercial applications.

For the home system, up to eight lithium-ion battery modules with an energy content of 2.5 kWh each can be combined into an energy storage plant with a capacity of 20 kWh (Tesla’s Powerwall comes in 7- and 10-kWh flavors and is also scalable). Aimed at households with solar panels, the system can thus buffer surplus solar power, and best of all Mercedes says there are virtually zero energy losses. For households without solar panels, the batteries can still be used to store energy during cheaper, off-peak hours and then distribute it during the high-peak hours.

For commercial applications, Mercedes’ energy storage plant modules start with a 5.9-kWh rating. The company has already combined a number of these to create 500 kWh of storage capacity in Saxony Kamenz where they are used to stabilize the power grid, and there are plans to expand this to 3,000 kWh of capacity. The batteries are used for grid stabilization and to smooth load peaks, tasks usually performed by coal-fired and nuclear power stations.

Mercedes says the decision to expand into the battery business not only provides a means of growth for the company but also serves as a major contribution to the process of transition towards sustainable energy generation. Furthermore, it’s a smart decision considering Mercedes, like most major automakers, sees the rate of vehicle electrification only growing, and with it the likelihood more households will start to adopt solar panels.

By 2017, Mercedes expects to have at least 10 plug-in hybrids it its lineup in addition to electric cars like the B-Class and Smart ForTwo Electric Drive models.